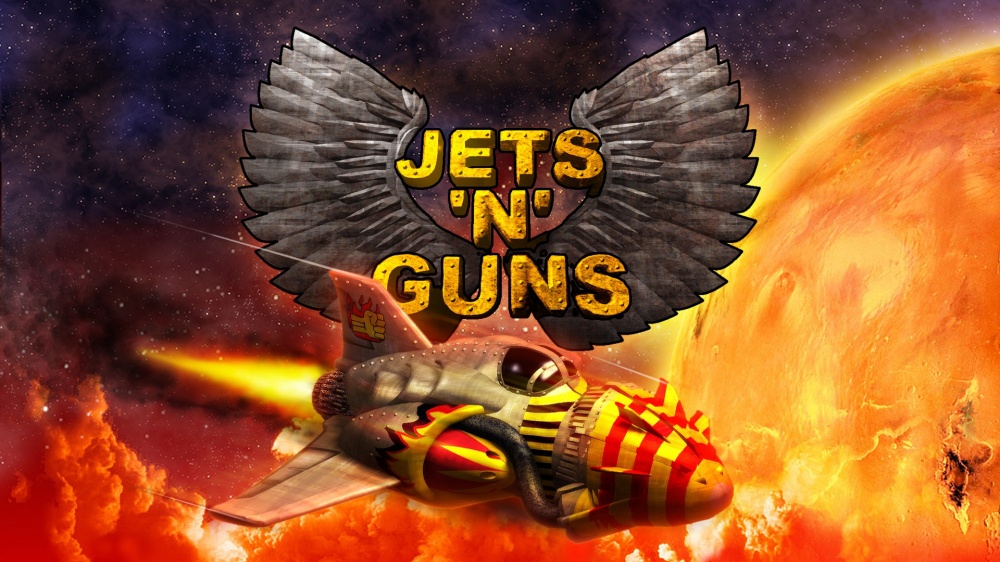 Jets‘n’Guns is an action-arcade shooter for the Nintendo Switch. The apt title hints at its gameplay, promising fast-paced flying action. This budget game isn’t perfect, but it delivers enough slick shooter action to satisfy genre fans.

When it comes to side-scrolling shooters, the gameplay is the main drawcard. And, thankfully, it delivers. There are countless enemies to gun down, from missiles and large aircraft to tanks and other ground-based enemies. There are boss fights too, and the gameplay is as quick and difficult as you would hope from a classic shooter. Thankfully there are multiple difficulty settings to help you play at your own comfort level. 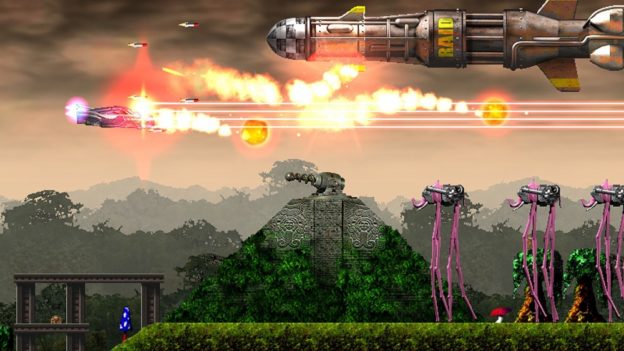 When you shoot down a plane, you’ll notice the pilots attempting to escape via parachute. You can gun down these little guys too – or simply fly through them. It’s somewhat satisfying and pretty bloody. Yes, this game offers plenty of gore, which can be toggled on or off in the settings. It’s cartoony violence, but it is worth noting there’s a fair amount of blood when the setting is on.

The music suits the game’s mood well. The heavy and fast-paced soundtrack matches the adrenaline-pumping action. It couples rock music with chiptunes to capture the retro spirit of the game. It’s a little on the repetitive side, but it fits the game’s aesthetics well. 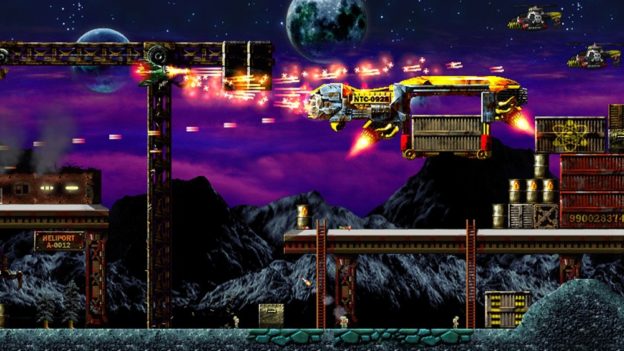 My main issue with Jets’n’Guns is the user interface, which could use work. The menu requires selection via the control stick – not just up and down to get to the right option, but scrolling all the way over to the relevant part of the screen, like a mouse. This slower control mechanism is not obvious from the start. It’s also used inconsistently; you press the A button to start a level and the + button for settings, but you’ll have to scroll over to use the Load or Save buttons. It’s worth noting that saving is done manually too – I lost a lot of progress before realising this.

There’s not much of a story, which is true of most shooters. Static screens are used between bouts, featuring comic-style imagery and dialogue. Unfortunately, they’re not laid out well, with varying font styles, a mix of lower and uppercase, and sometimes dialogue doesn’t fit on the screen. It’s also way too small to read easily, making it much less engaging. Either use multiple screens or cut down on the amount of text; as it is, it’s not something I want to read. 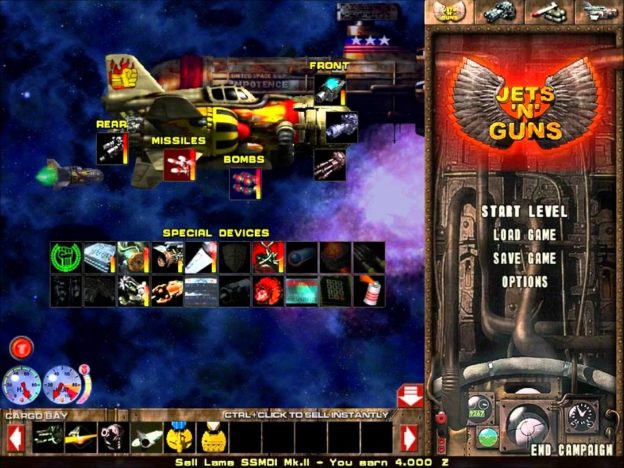 One notable omission from this game is a multiplayer mode. Most shooters I’ve played feature some type of co-op mode, but it’s sadly not present here.

Overall, Jets’n’Guns is a budget shooter that plays well. It lacks polish when it comes to the menu design and cut scenes, but if you’re after a shooter that delivers on its bloody promise of jets, guns, and action, you won’t be disappointed by the gameplay.

Jets‘n’Guns is a fair shooter that suffers from some user interface and menu issues. It’s still a tough and fun time if you’re up for some blasting action, and worth a look for fans of the genre.