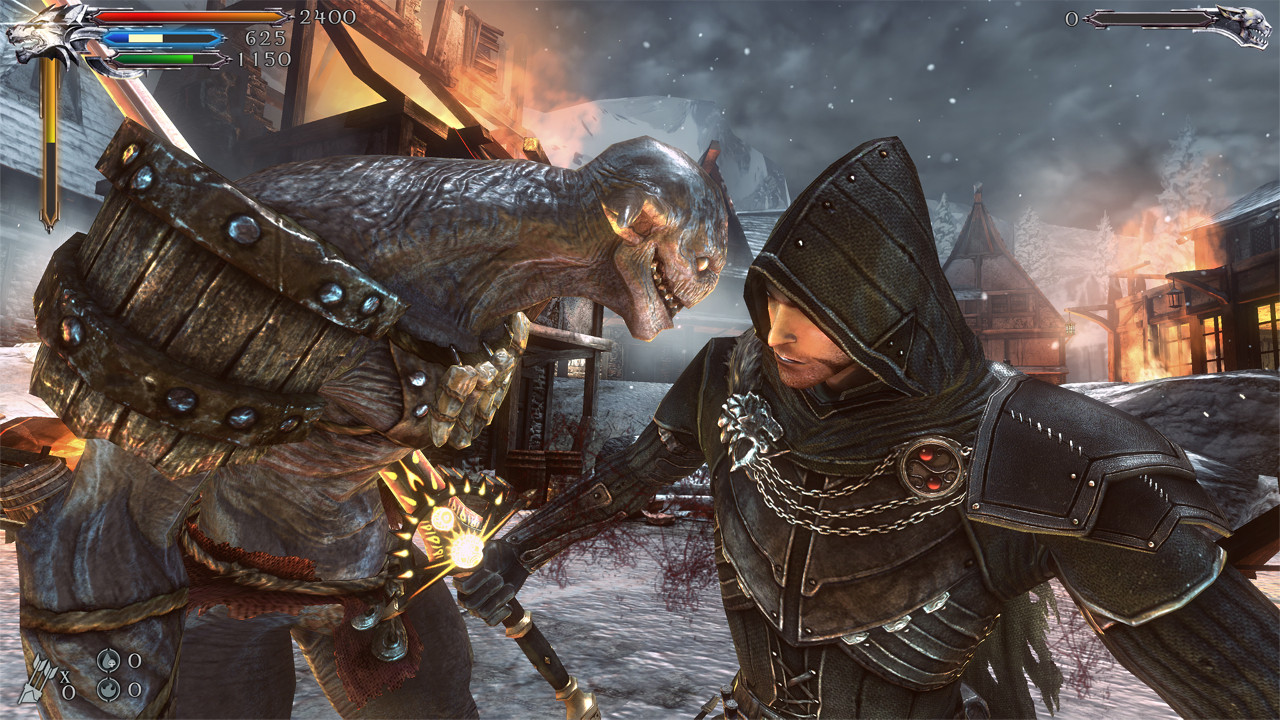 Joe Dever’s Lone Wolf is an immediately striking game. It is incredibly good-looking. It’s all rich sepia tones and detailed, hand-drawn maps that instantly plunge you into the fantasy setting. 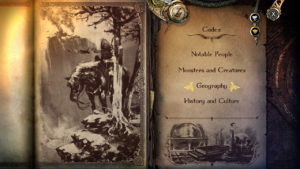 The plot is told through a text-based choose your own adventure style story over the course of four acts. It breaks away from this for battles and other activities like lock-picking, which let you get hands-on with the action through mini-games.

These are beautifully rendered, with a lot of details put into the background. The fight scenes have fluid movements and slow motion attack shots that have a cinematic feel.

The battle mechanics are very intricate. Clearly, a lot of effort has been put into making good use of the Switch controls. There is a function for nearly every buttons and stick. This can take a little bit of getting used to, especially given the time limit on choosing each move. If you get the hang of the controls, the quality of the graphics and design makes for some great looking action. 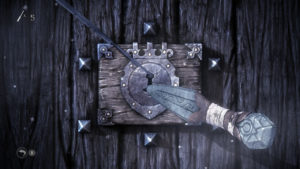 However, having to stop controlling the character to return to the text-based narrative breaks you out of the immersion. This isn’t helped by the turn-based battle structure, which also disrupts it. This isn’t a problem that’s exclusive to Lone Wolf, but it doesn’t feel realistic that an orc-faced Giak would patiently wait its turn to be axed in the head.

The story section puts your choices as a player at the front and centre of the game. This gives you a lot of control over the story. It means you can replay it a few times with different skills and choices without seeing the same story.

Technically, it feels very suited to the Switch’s touchscreen functionality, but it doesn’t use it. Instead, you have to select which buttons to press using the controls. This feels like wasted potential. 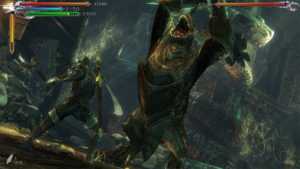 Narratively, Lone Wolf has all the stock ingredients for a solid fantasy adventure. Ancient magical wars, mysterious adventurers, and age-old spiritual secrets all build towards a climactic battle at the gates of a fortress.

The actual text feels like it was written by someone who consumes a lot of fantasy, but is new to writing and publishing. It won’t bother a lot of people, but anyone who knows the tricks to creating story flow will notice the design slowing down their reading. A lot of minor information is repeated to little effect and some passages go on a bit too long. There are two pages early on in the story devoted to saying goodbye to a horse that the reader doesn’t have any emotional attachment to. 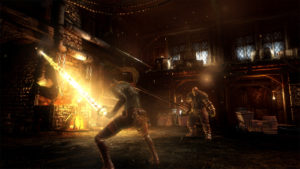 Little issues with the writing like this detract from a story that should appeal to all kinds of fantasy fans. It’s a particular shame because it doesn’t quite have the essence of Joe Dever’s literary legacy with choose your own adventure books.

In the beginning, the storytelling aspect feels really innovative. There’s a slow sense of immersion as the text unfolds with each choice you make about your character’s skills and history. But after a while, it feels like there’s a lot more exposition than action. 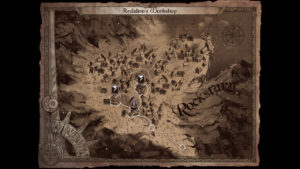 At times, especially once you’ve seen the quality of the battle sequences, the description feels like it’s teasing amazing gameplay that isn’t there.

Overall, it’s not a bad game for only $14.99. Anyone looking fondly back at Joe Dever’s books will certainly appreciate its nostalgic value. It’s got a classic fantasy story and some truly beautiful artwork. But there are aspects that weigh it down with missed potential.

Lone Wolf has all the makings of a standard fantasy story made exciting by lovingly crafted visuals and nostalgic by a choose your own adventure format. But it doesn’t live up to its potential and misses out on small details that could massively improve the experience.