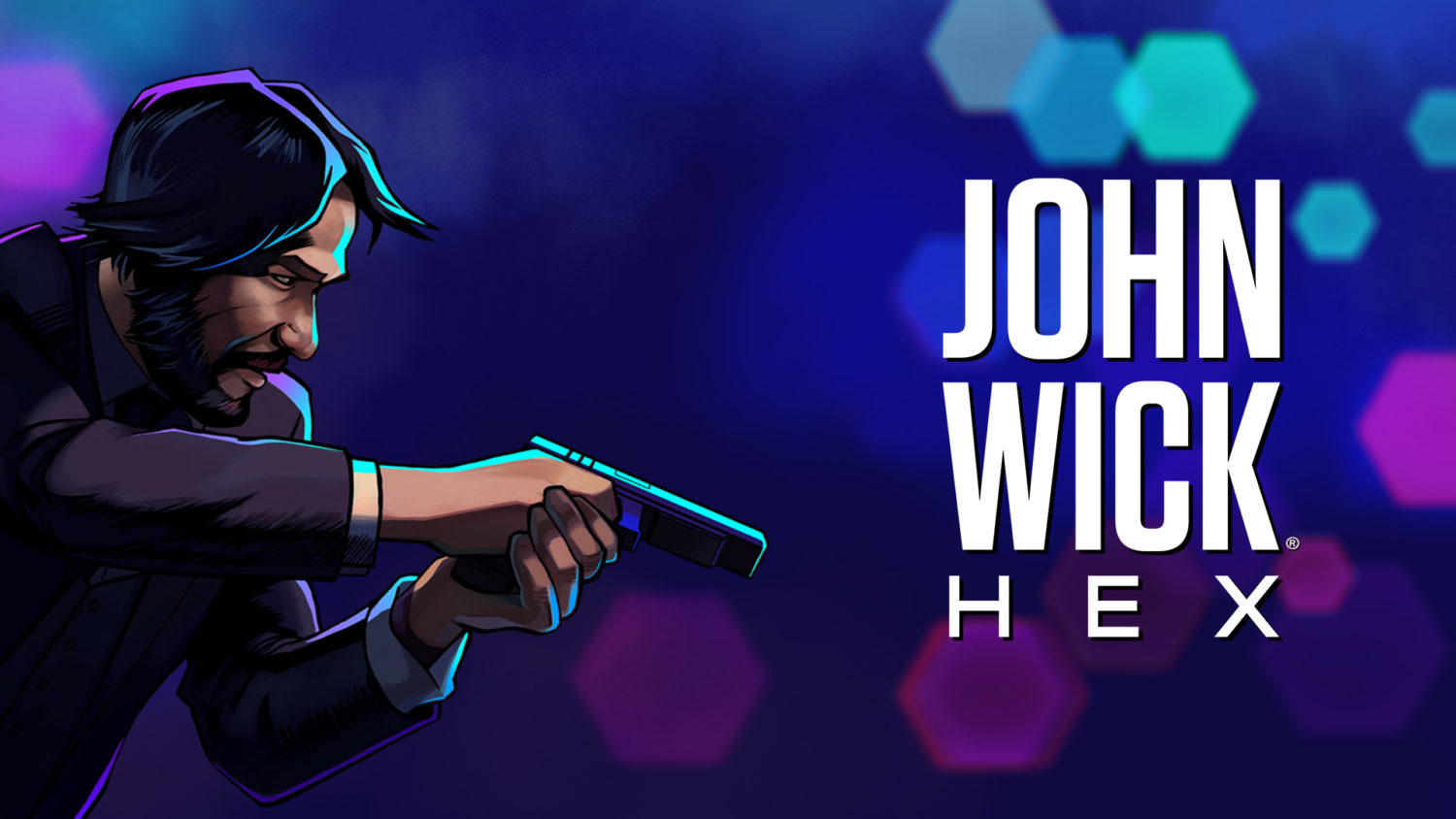 By Heath Shusterman-Zimmerman  •  3 weeks ago

John Wick Hex is an action strategy game based on the movie of the same name. The game was developed with help from the creative teams behind the films. All three films have reasonably decent reviews; let’s see if the game can hold to the same standard.

You play as John Wick in a new story written by the creators of the movie. It takes place before events in the film.  It serves as a prequel to the first movie. John Wick sets out to defeat Hex’s network of underbosses across New York and Switzerland.

Your goal is to guide John from level to level, taking out different types of henchmen. Most of the map is covered in darkness, and you can only see what’s right in front of you. As you move to different points of the level, it opens up. Each move you make, the enemy is moving; once you uncover an enemy, time stops. It is at this time you chose your action. Once you’ve selected an action, time continues. There are two types of choices that can be made: tactical actions and attacks. Tactical actions are things such as healing, reloading, waiting, and refocusing. Refocusing helps keep your accuracy up. Focus is lost during the battle and moving through the level. 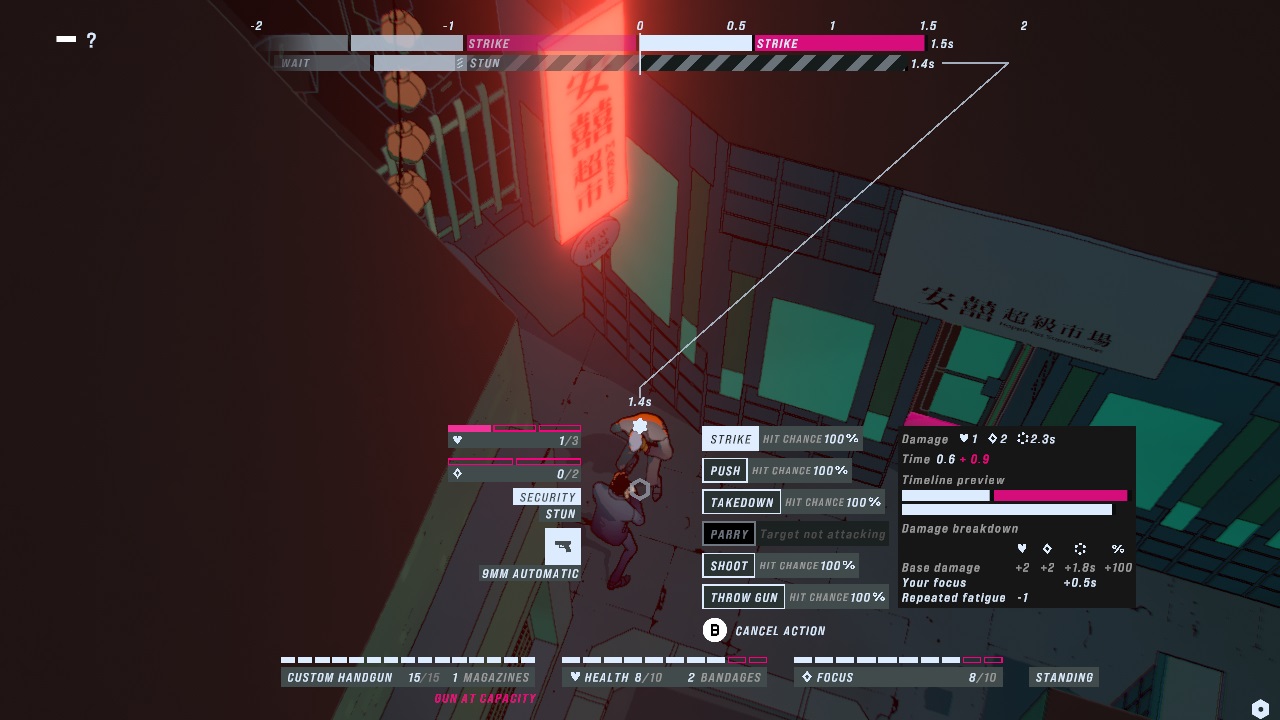 Each level is broken down into different areas. If you are struggling with a location, you can restart. Restarting means that you will have to start from the beginning level and work your way through all the areas. As you make your way through the levels, you will encounter different types of enemies—brawlers who do not carry weapons but will fight you. Security guards on other types may carry automatic pistols, revolvers, or other guns. Depending on the gun-type will allow you to have how much time to choose your action. For instance, fighting with a brawler may save you ammo, but it also takes more time. If an enemy with a gun comes up behind you, they can shoot you while fighting with the brawler.

There are many different forms of attack including the obvious shoot, strike, push, take down, parry, and throwing the gun. For each action, you are given a percentage of chance of success. Shooting an enemy in the distance has less of a chance of hitting than one closer. For obvious reasons, actions like parry, strike, takedown, or push must be close to an enemy but have a much higher success rate. 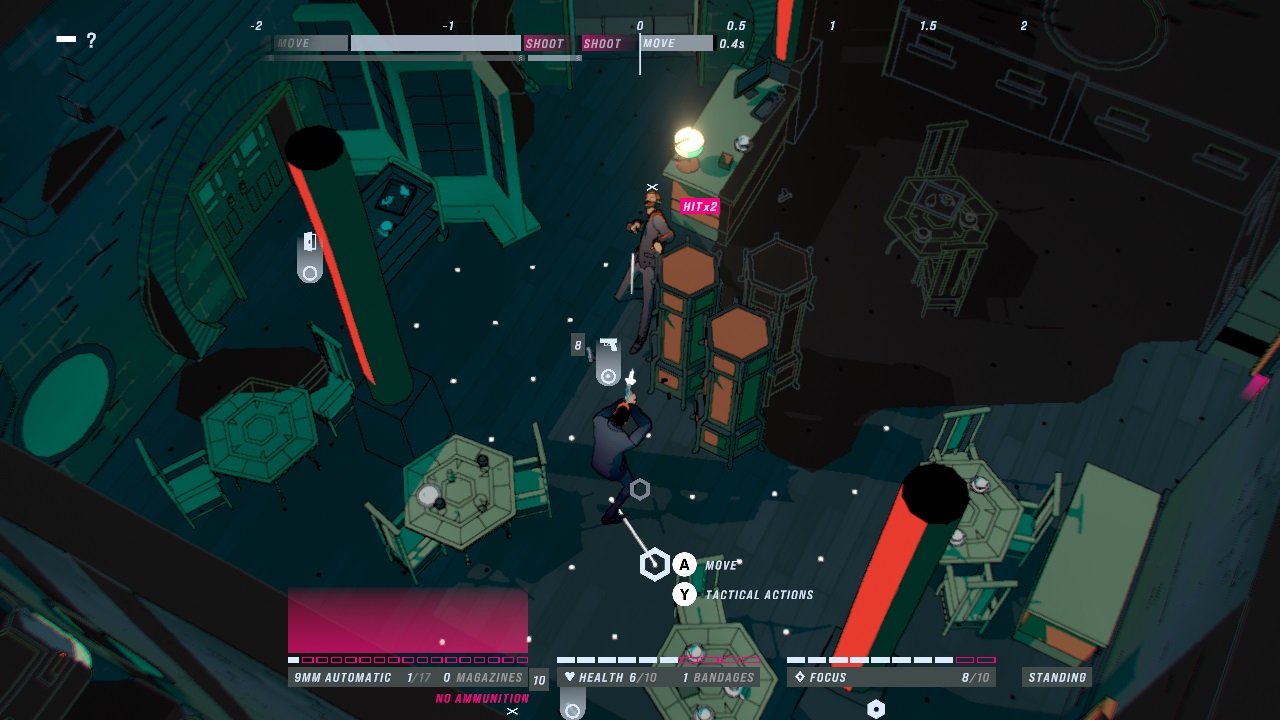 Weapons are another factor an automatic can fire rather quickly but takes more shots to take down an enemy. A gun such as a revolver may be slower but does more damage and usually takes down the average enemy in one shot. It also holds fewer bullets than an automatic pistol may. You can only carry one weapon at a time, which also adds to the strategy. Things must be considered do I use some more powerful gun until it’s out of ammo or pick-up the pistol that’s along the way that has more shots? Do I shot the closing in brawler, or do I fight them? I only have one bullet left in this gun. Is it worth the risk of throwing at the enemy to stun them to get to the nearest pistol? This factor added a lot of strategy to the game and made it really enjoyable.

When I started in the beginning, I honestly didn’t think too highly of it, but by the time I finished the tutorial levels and completed the first level without the tutorial, I was hooked. I loved the quick decision making and how the outcome of a level affected the previous level. If you finished an area with four 9mm bullets left and seven health, you started the next level. The only complaint I had was the story wasn’t that in-depth and was overall forgettable. Honestly, at times I wasn’t even sure what was going on. 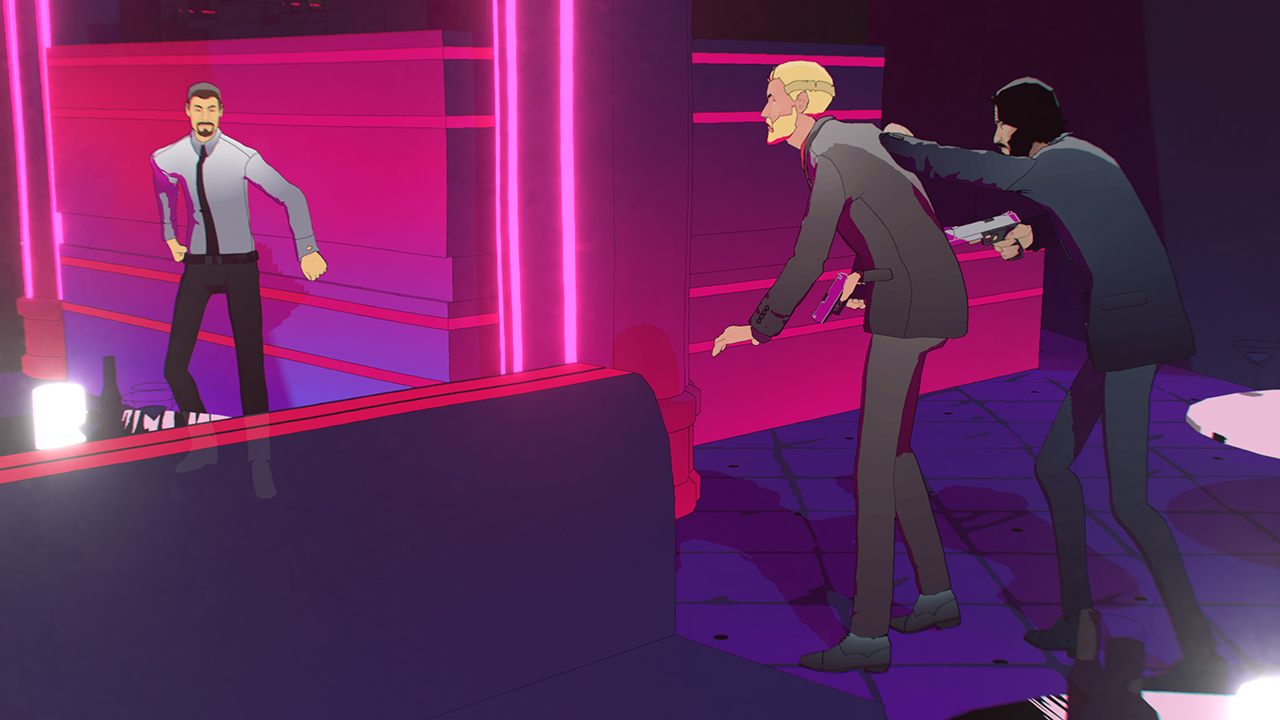 John Wick Hex was a great experience. Players looking for a straightforward third-person shooter should probably steer clear of the game. But it was so much more than I expected for a game based on a movie since they decided to add the strategic element rather than a straightforward third-person shooter. The strategic component of it is where the game shines.

John Wick Hex was a great experience. Players looking for a straightforward third-person shooter should probably steer clear of the game. But it was so much more than I expected for a game based on a movie since they decided to add the strategic element rather than a straightforward third-person shooter. The strategic component of it is where the game shines.