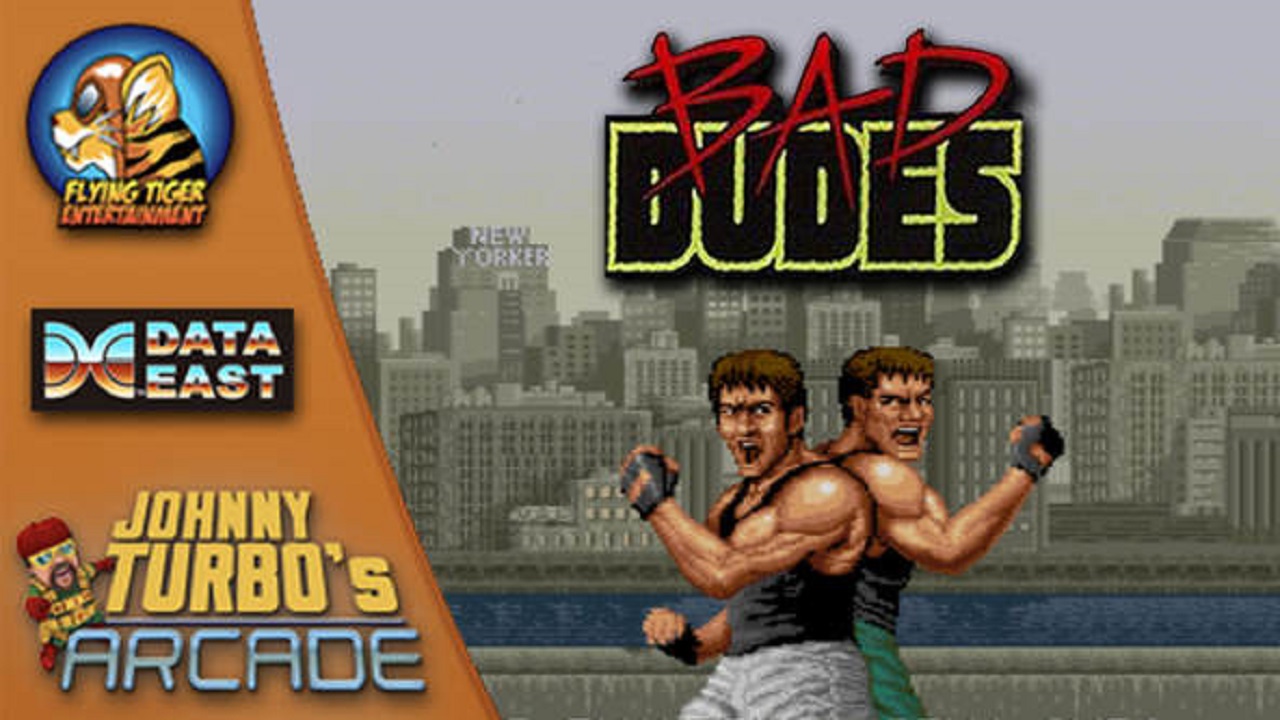 The semi-classic brawler, Bad Dudes, has returned on the Nintendo Switch. Part of the Johnny Turbo’s Arcade line from FTE games, it brings fighting action that impressed back in 1988, but feels pretty antiquated today. While hardly essential, those with nostalgia for it might consider a revisit, mainly if they have someone to share in some multiplayer entertainment with.

Bad Dudes raises a question that is equally important and absurd; ‘Are you a bad enough dude to rescue President Ronnie?’ Yes, ninjas were quite the threat in the late 80s, although in this game they are mostly color swapped. Enemy variety is light, with mainly weapons (ninja stars, nunchucks) mixing things up a bit.

The locations you battle are pretty standard, save for a couple that place you atop moving vehicles. The option for high or low routes is welcomed, but the enemies will still be taken out in a single hit. Bad Dudes swarms the screen with foes, rather than focusing on a handful of threats that require multiple hits. However, facing off against Karnov as the first boss is pretty cool.

Options aren’t plentiful here. Filters for multiple screen styles are pretty much it. Compared to the ACA NeoGeo line, which also has plenty of brawlers, things come up well short. However, Bad Dudes simply has a nostalgia that most similar Neo games don’t. Lines like “I’m Bad” and an invite to “go for a burger” are fixed in the minds of late 80s arcade fans.

At $9.99, Johnny Turbo’s Arcade: Bad Dudes is a bit overpriced for what’s here. It’s a shallow half hour trip down memory lane, lacking options found in the less expensive ACA line of games. An offering mainly for genre fans, Bad Dudes is okay when played as a pair. For FTE, bring on Two Crude Dudes next.

While hardly essential, those with nostalgia for it might consider a revisit, mainly if they have someone to share in some multiplayer entertainment with.