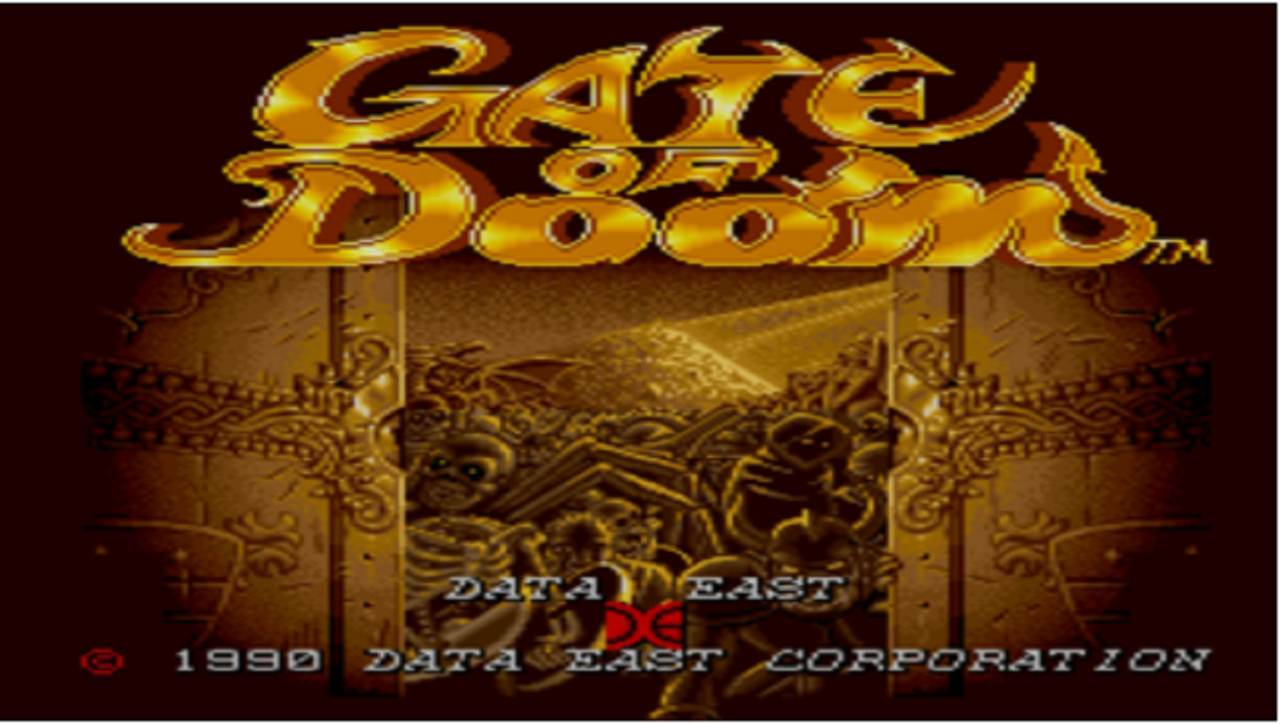 The one specific type of person that has a chance at enjoying Johnny Turbo’s Arcade: Gate of Doom, is the person who has a relentless itch to experience a 1990s arcade nostalgia trip. The Switch release of the game brings the full arcade experience to the hybrid console, including the need to insert coins to continue playing when you lose all your lives. The only difference is that the coins aren’t real, you just “insert” them with the press of a button, and that means you can buy yourself back in as many times as you like, but the overall experience is truly reminiscent of the arcades. The game can even be played in your choice of 16:9 or 4:3 aspect ratios as well as other display options including ‘Scanline’ and ‘VHS’. 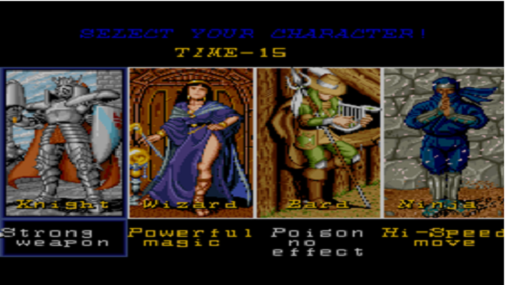 Unfortunately, nostalgia is the best thing going for this release. The concept is fine, but execution is where it falls very short. You, and optionally a friend, play through a handful of isometrically displayed levels, button mashing your way through tens of enemies between each boss fight. In the beginning, you choose between a knight, bard, ninja, or wizard who each have a noticeably different weapon style and sometimes other differences, and after each of the countless game overs, you’ll inevitably experience, you can change character if you want after inserting another virtual coin to continue where you died. Levels are very linear, with a tiny amount of exploration that can win you special items which increase your speed or provide other effects, but given how often you’re likely to die, you won’t be enjoying those benefits for long. 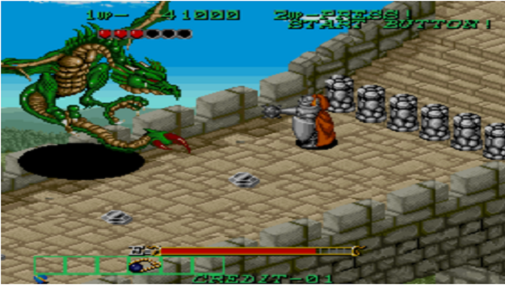 There is some depth to the game. Enemies can inflict status effects like poison or temporarily transform you into a useless pig, and different characters are affected differently by these conditions. Each character’s unique weapon also provides a meaningful difference to gameplay and once charged up, using their special attacks is great fun as you wreak havoc on enemies for a brief time. The issue is that the game throws its potential away by seemingly making every effort to kill you, fairly or unfairly, so you’re forced to pay to continue (or would be in an arcade). Hordes of enemies attack simultaneously, pushing you off tiny platforms to your death, or firing projectiles that move too fast and unpredictably to be reasonably avoidable. Some boss attacks literally cover the entire map. The unfair difficulty of the game is only made more frustrating by the fact that the graphics sometimes misrepresent hit boxes, so you’re forced to memorise what the area of an attack is instead of seeing it visually. To add confusion to the mix, bosses usually show you when you land a hit on them, but sometimes they just won’t, potentially due to a bug, it’s not clear. Though I definitely encountered one bug on the penultimate boss battle when my enemy stood frozen still, not attacking or taking any damage, no matter what I did, forcing me to restart the game to beat it.

There was potential in Gate of Doom. I almost want to go back and play it again now, but when I remember how frustrating it is, seemingly designed to kill me as many times as possible, I decide against doing so.

There was potential in Gate of Doom. I almost want to go back and play it again now, but when I remember how frustrating it is, seemingly designed to kill me as many times as possible, I decide against doing so.