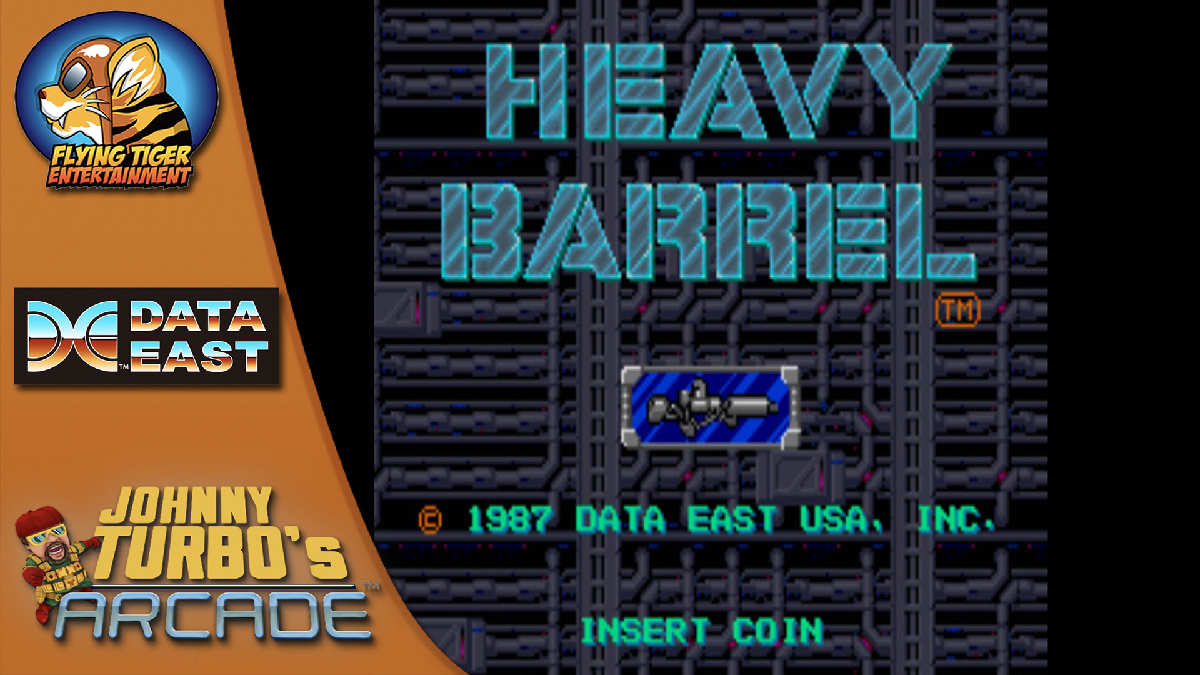 I generally have a problem with games that are released for nostalgic purposes, as nostaliga tends to ignore reality. I have many fond memories of playing in arcades as a kid largely because I can’t specifically recall of all the frustration derived from second-hand cigarette smoke, busted control sticks and wildly unfair difficulty spikes.

And yet I purchased Johnny Turbo’s Arcade: Heavy Barrel the moment I found it in the Nintendo eShop. This was one of two arcade games placed in the rec center of my small, midwestern university (the other one I can’t even remember), and my friends and I would play it more often than my grades should have allowed. So, how does it hold up? Let’s just say my GPA wouldn’t suffer this time around.

Heavy Barrel is an action combat game in which you (and possibly a partner) attempt to infiltrate enemy military installations to take out their underground base. 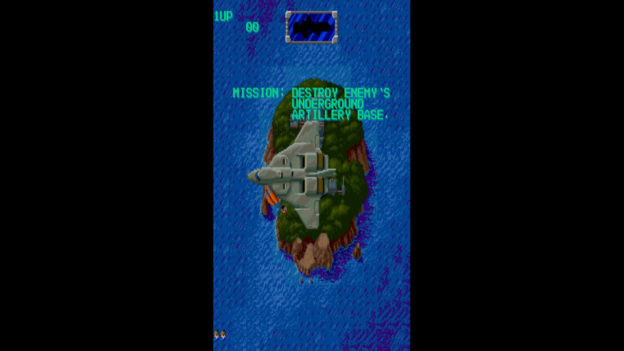 There’s a ridiculous number of enemies to kill, and they’re much more heavily armed than you are. They’re stupid, granted, but there’s still no way you can reach the end of this game (and yes, there is an ending) without dying countless times. Arcade games were made to take your quarters, after all, not provide a sense of self worth.

You have two weapons throughout the game: an infinite number of bullets and a finite number of grenades. It’s not hard to replenish your grenades throughout the game, but they’re so useful that you may occasionally find yourself empty when you need them. And although your main gun is always ready, the numerous power-ups you’ll find and use up are essential to getting through tricky areas. You’ll uncover keys that open chests for various power-ups, so good luck picking the right chest. 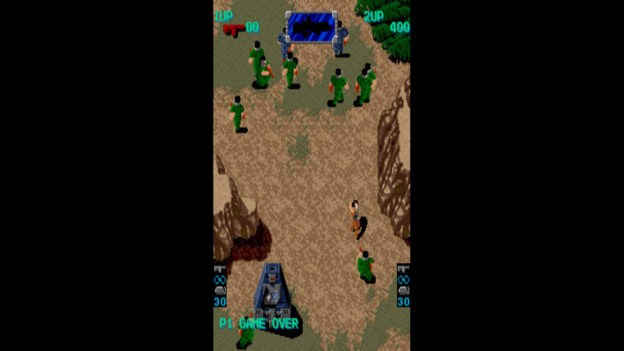 The main power-up is, of course, the vaunted Heavy Barrel. This is an incredibly powerful gun that is acquired by finding all six pieces scattered across multiple levels. The game’s linear progression guides you to them, but it’s important to actually find the pieces at a time when the gun is actually needed. Piecing it together right before a mini-boss, for example, is a great feeling. Wasting its limited time on standard foot soldiers, on the other hand, is incredibly frustrating.

Also frustrating are the controls. A couple options are provided, neither of which perfectly accommodate the need to run one direction and shoot the other. You can aim with either the left/right shoulder buttons or with the right analog stick, neither of which are completely functional replacements for the arcade game’s rotating joystick. As such, you’ll often end up dying just because you couldn’t properly aim.

Of course, dying doesn’t matter much when you can instantly hop back into the action by pressing down on the L stick. Just lead a suicide charge, die, respawn, repeat, and within less than twenty minutes you’ll conquer the game. 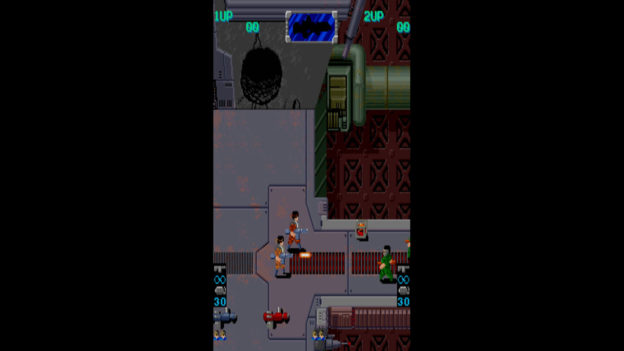 None of this means that Heavy Barrel is a bad game. It is what it is—a 21-year-old arcade game faithfully reproduced on your Nintendo Switch. Johnny Turbo has a done nice job with the multiple graphic and gameplay options, and I got a kick out of the introductory “Heavy Barrel!” battle cry, which my friends and I used to mimic as well.

The question is whether you’ll get $7.99 worth of entertainment out of it. My son and I had some fun playing through, and you can bet the next time I get together with my college friends we’ll be firing it up for some quick laughs. But if you haven’t played Heavy Barrel before it’s best to just avoid it and stick with a game that’s woven a little more intricately into your past.