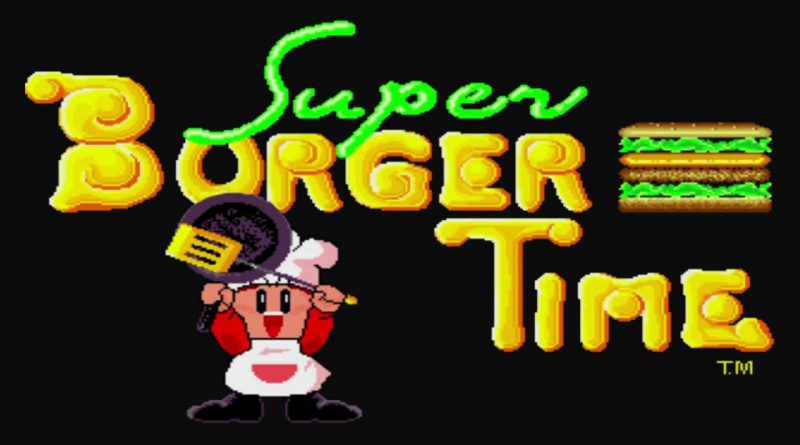 A nice variety of retro arcade games has been appearing on the Nintendo Switch eShop. One of the most recent additions is Super Burger Time. This classic arcade title was released by Data East in 1990 and it’s very similar to the original Burger Time game. However the sequel allowed you to play with another person, had updated graphics and more challenging gameplay. If you haven’t had the opportunity to experience this little gem, now’s you’re chance. Let’s take a quick look at Johnny Turbo’s Arcade: Super Burger Time for the Nintendo Switch.

Take control of chef Peter Pepper Jr., son of Peter Pepper Sr. from the first Burger Time game. Make your way through the stage and drop the ingredients down to the bottom of the level to complete a giant hamburger. The difference between this and the first game is having to jump onto the burger ingredients instead of pushing them, which really isn’t too much of a change. The real challenge lies in being able to dodge the numerous enemies on screen. Luckily, Chef Peter is equipped with spatulas, frying pans, pepper shakers, and more. These will damage enemies and eventually send them flying off screen. I thought the little sprites for the bad guys were pretty cute though. 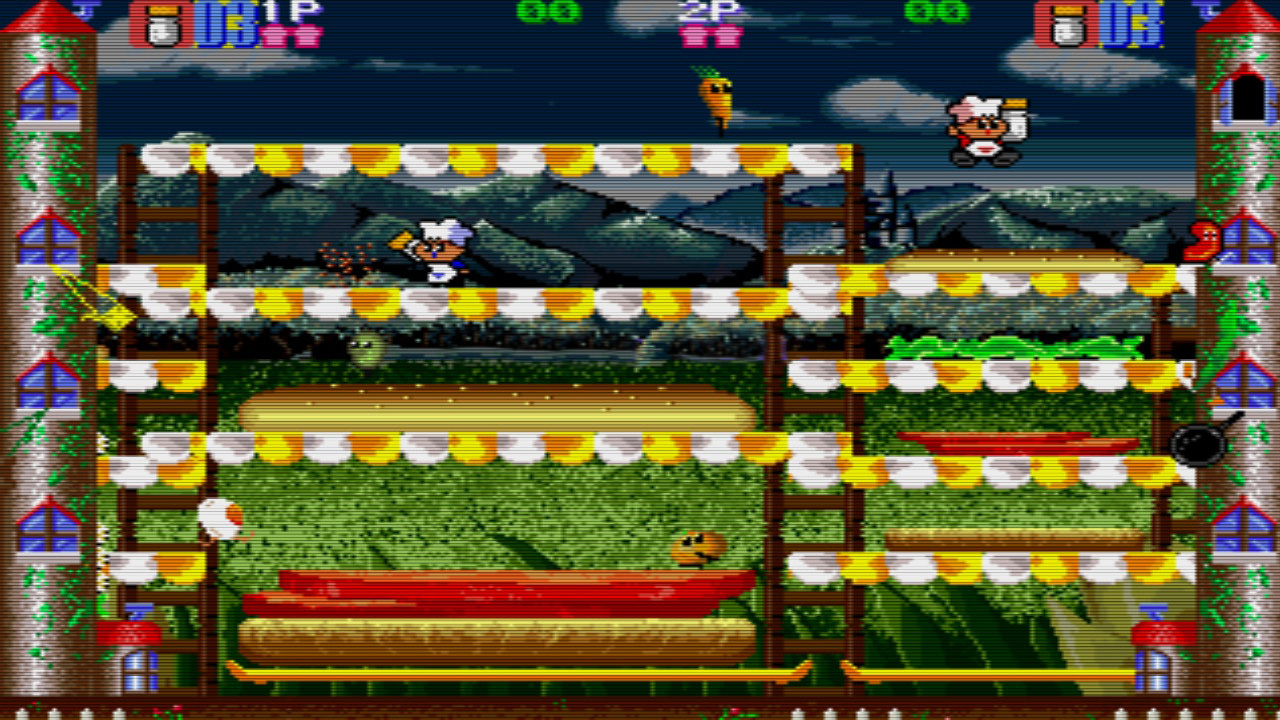 There are evil pickles, corrupt hotdogs, bad eggs and even some big, scary bosses that stand in the way of your ultimate burger creation.The difficulty isn’t too intense, but it can get a little crazy when there’s a lot going on at once. The enemies you kill will eventually respawn so there are always obstacles coming at you. Playing the game with a friend makes the experience a little more interesting, seeing as multi tasking it possible. So I really liked having a second player whenever possible. “Teamwork makes the dream work”, as they say. The game isn’t very long, but the replayability is there. Considering what type of game this is, you cant ask for much more. 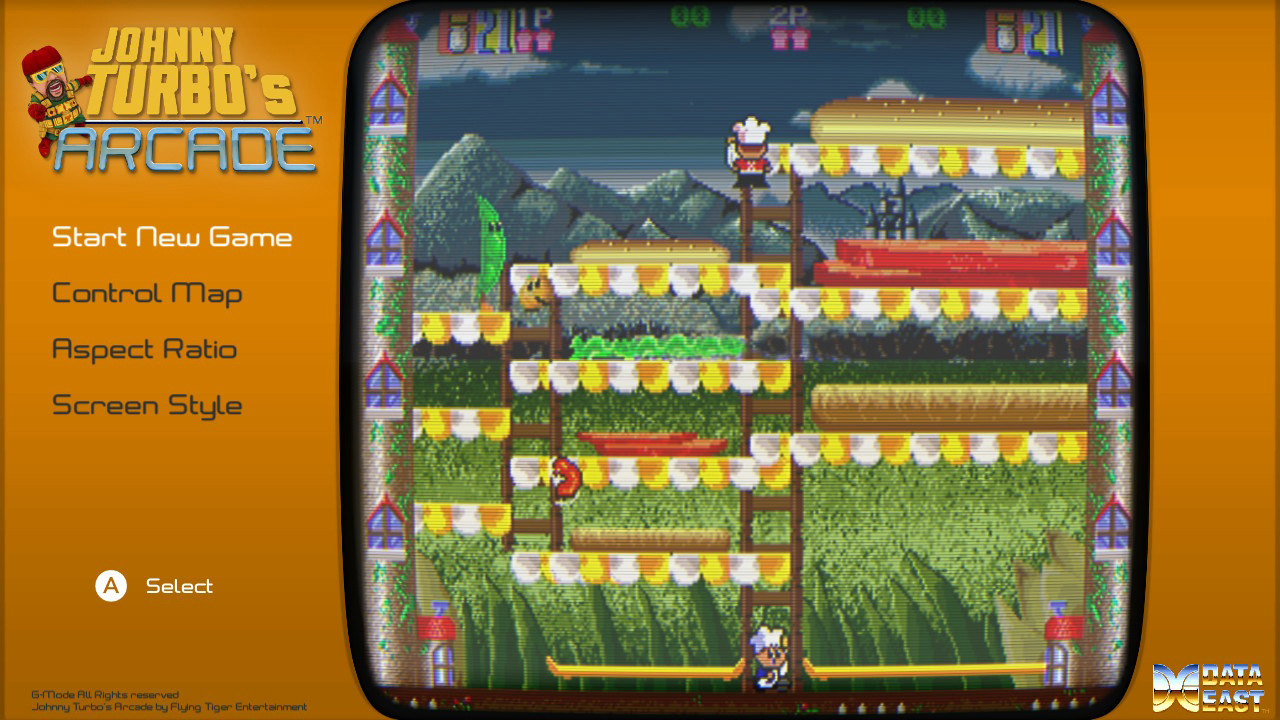 Aesthetically speaking, Super Burger Time looks like a game that was made for the Super Nintendo. It has the bright 16-bit graphics that I’ve loved since I was a kid and the levels have a nice variety of backdrops and scenery. The usual Johnny Turbo updates are also present in this version of Super Burger Time, like save states, display options and filters. I’ve always thought those little details were a nice touch, especially for fans who want to enjoy the game the way it was the first time they played it. In my opinion, the game feels better in handheld mode, but it looks great on the Switch either way. 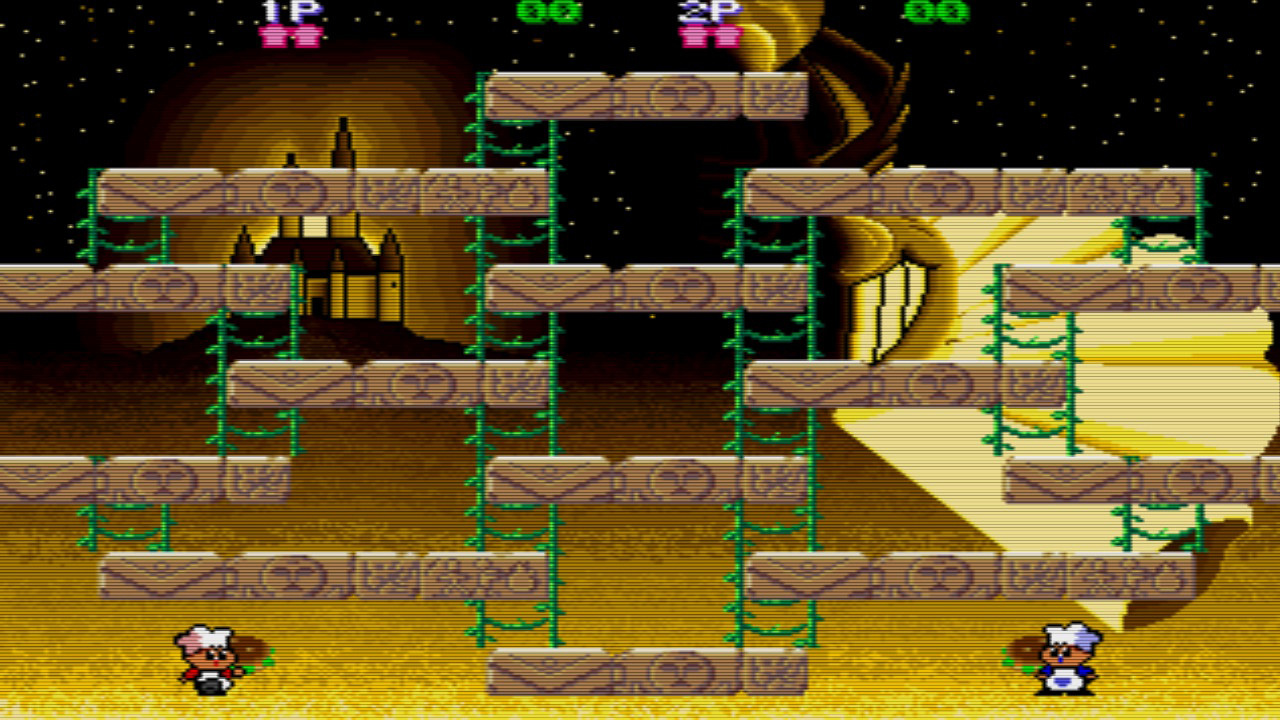 Super Burger Time is a really cute, fun game. I always like having something quick and easy I can play when I don’t have a lot of time to sit, and this is perfect for that. Highscore chasers will enjoy trying to break their records and playing with a friend makes the game even more entertaining. I enjoyed playing Super Burger Time, and as simplistic as it is, I didn’t expect to like it as much as I did. So, if you’re a fan of retro games, or this looks like something you’d enjoy, head over to the eShop and grab a napkin, because its SUPER BURGER TIME!

Johnny Turbo’s: Super Burger Time is a great on the go arcade game, and the ability to play with friends is a nice addition. I only wish there were a few more levels. But overall, if you’re a fan of arcade games, or hamburgers I definitely recommend checking it out!