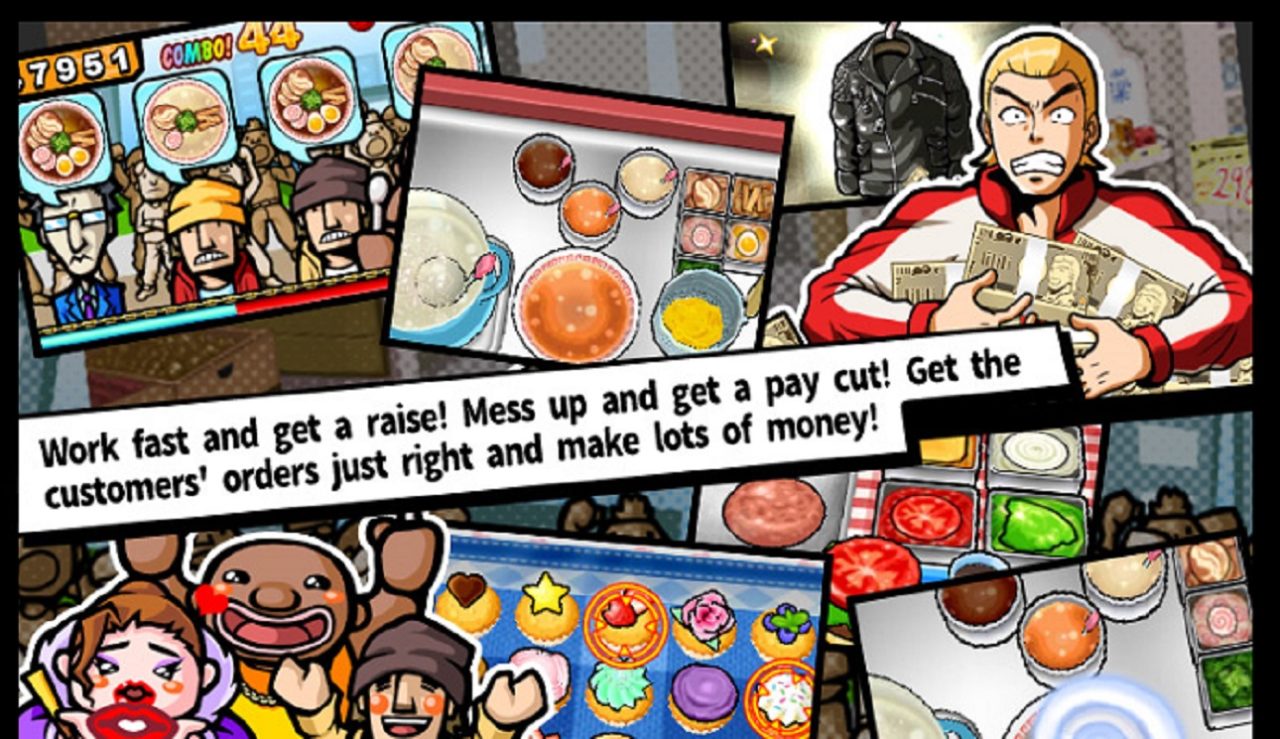 Johnny’s Payday Panic serves up orders of short term entertainment  on the 3DS eShop.  It comes from the creators of the popular Cooking Mama series.  While I’ve little experience with those titles, this new release did remind me very much of a game I reviewed several years back called Brunch Panic.

With a nonsensical part about Johnny wanting to become a “big shot”, I wasn’t engaged during the initial goings.  Yet the bizarre (and poorly translated dialogue) suffices in setting up the cooking gameplay.  Speed with the stylus is key in creating your customers’ steady, and increasingly complex, food orders. 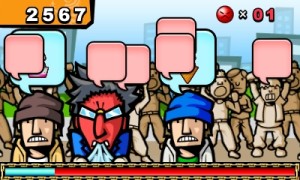 I do wish the tiny selection of patrons made a greater impression.  The one that stood out to me was an impatient guy , who turns red and jumps around the screen if you aren’t super fast.  He ruins the experience for the other customers, blocking them with his quick movements and angry word bubbles.  It does add to the challenge I suppose.  I found the game to offer a good challenge overall, so make sure to read through the tutorials for the more complicated shops.  Your customers won’t tolerate mistakes!

The aesthetics manage to impress through style.  Johnny displays a real excitement for cooking, and certain food prep animations help to make you feel immersed in his world. It’s a shame that the upper screen repeats the same backdrop though – some diversity would have been welcomed.  A lack of diversity extends to the repetitive music also, which proves to be a letdown over time.  The cheers when a successful order is made are encouraging, but there’s no means to keep the sound effects while muting the music. 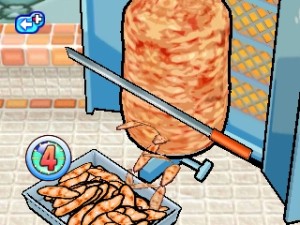 This game is entirely stylus driven.  Those hoping for button controls will be disappointed, but the stylus affords the speed a game like this needs.  It’s not quite as successful when it comes to precision though, with the occasional seeming delays, or orders that fly to a customer’s side.  No deal breaker to be sure, yet (especially for such a fast paced game) occasional hiccups like these deserve mention.

Over time you’ll earn “big shot items”.  I fail to see the purpose in these, as they merely appear in a grid for viewing.  With no information or apparent use, these are aren’t a strong replay incentive.  I actually rather dislike them for giving the impression of more content.  Unless you want to collect them merely for the sake of collecting, they’re no asset.  Better to focus on replaying to set new high score records. 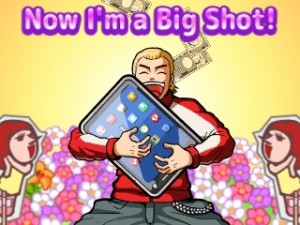 While stranger food combos and general polish would’ve made it stand out more, Johnny’s Payday Panic entertains for a bit.  The repetition really did start to get to me though.  Even when earning new features (such as a coworker to handle certain prep responsibilities) I found tedium invariably set in.  So I suggest downloading the free demo and checking the game out first.  I let some friends experienced with Cooking Mama play this game, and they seemed to really enjoy it, at least for a few minutes.  That being the case Johnny’s Payday Panic is likely a game best suited for those versed with its predecessors series.

Johnny’s Payday Panic entertains for a bit.  The repetition really did start to get to me though.