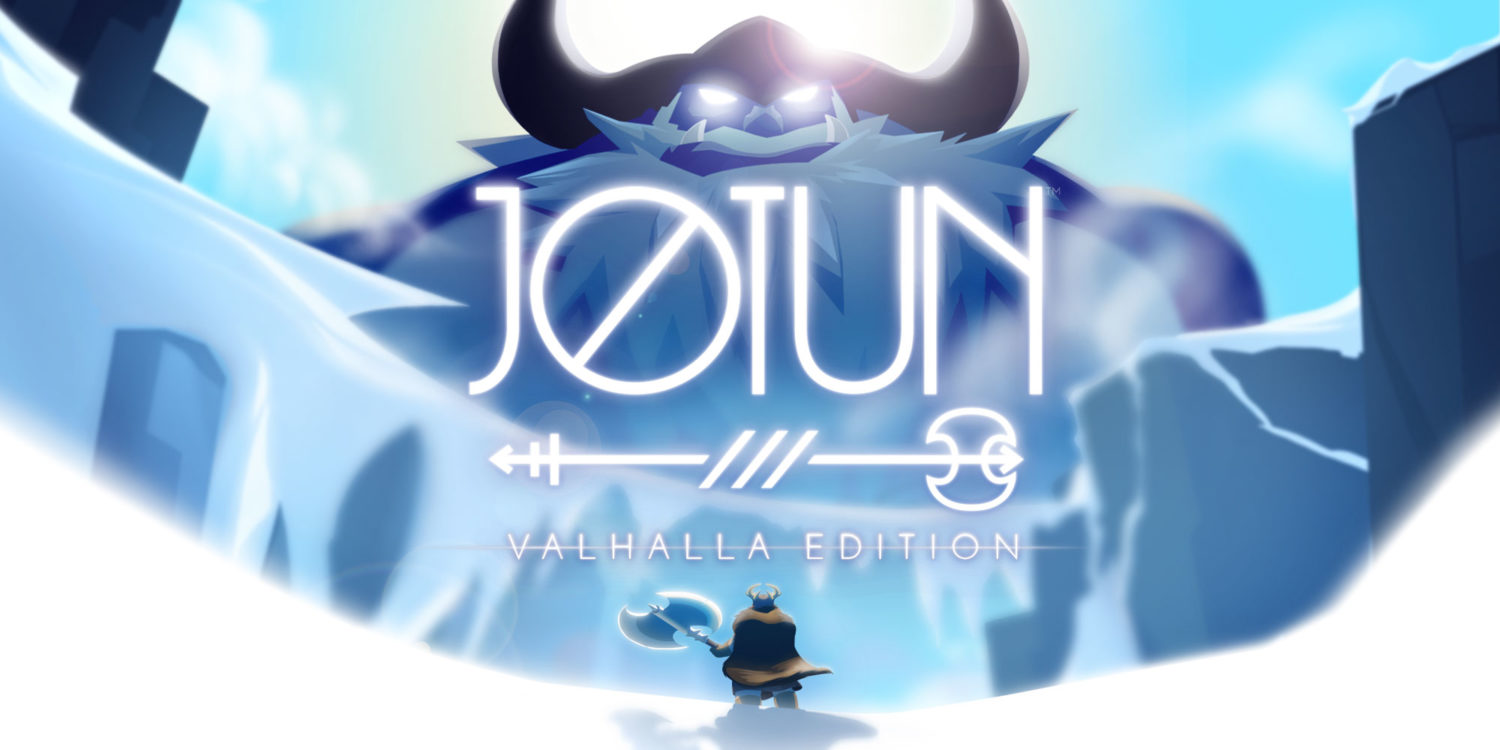 Jotun is a visually striking game. It was when it was originally released for PC in 2015, and it is now that it’s become Jotun: Valhalla Edition for Nintendo Switch. But is the scenery enough to carry you through this entire mythical Nordic adventure? That depends upon whether you’re more about the journey or the destination. 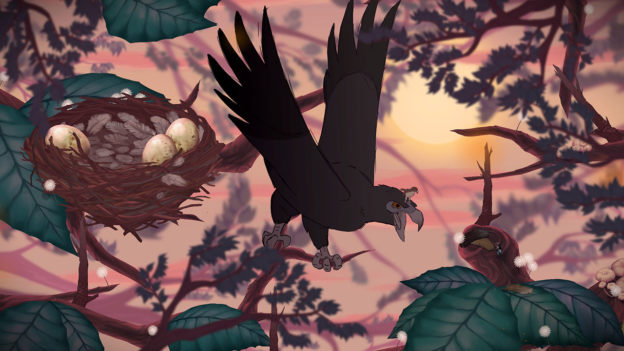 Jotun: Valhalla Edition begins with the death of Thora, our Viking warrior heroine. She manages to be our heroine because death isn’t the end for Vikings, it’s apparently just the start of a job interview. As is explained through some well-read Icelanding voiceovers, her death wasn’t glorious enough to please the gods. She must now go on an adventure to prove she deserves to ascend to Valhalla. If the game explains a less bothersome alternative, I missed it.

So, trapped inside a purgatory of sorts called Ginnungagap, Thora is tasked with defeating five jotuns. These giant beasts are basically the game’s boss battles, and they’re massive in scope. Most of them completely dwarf Thora. 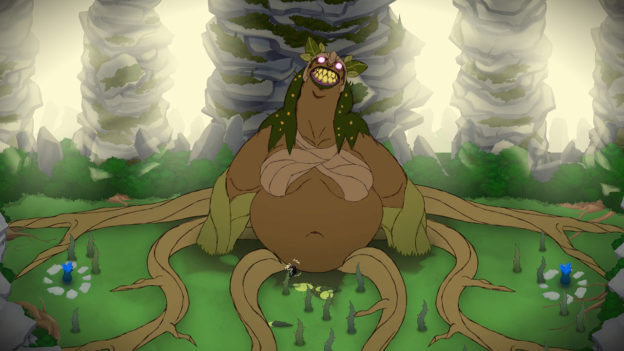 She seems so small and powerless against them that they’ll at first seem impossible to defeat…and they will be. I never came close to defeating one of them when we first met, but none of them took me more than five or six tries. Lose, and you’re placed back at the start of the battle, making it easy to jump right back in. You’ll learn their attack patterns, find what you can use against them (and when to use it), and suddenly you’ll feel invincible.

This process frustrated me on the first couple of fights, but not because the battles felt overwhelming. With its simple control system (light attack, slower heavy attack and god attack), I always felt in full command of my attacks. Rather, it’s that there are moments when I had to die in order to learn how to avoid a particular attack (unless I just got lucky). Once I came to terms with the process, it became part of the fun. “Okay, let’s see what this one’s got.”

The problem with Jotun: Valhalla Edition, then, is what’s in between. Again, my opinion here reversed the more I played it. This is because the hand-drawn artwork is gorgeous when you first dig in, providing brilliant color and majestic vistas. The game zooms in and out accordingly as you explore the various areas of Ginnungagap, and at times it can be breathtaking. 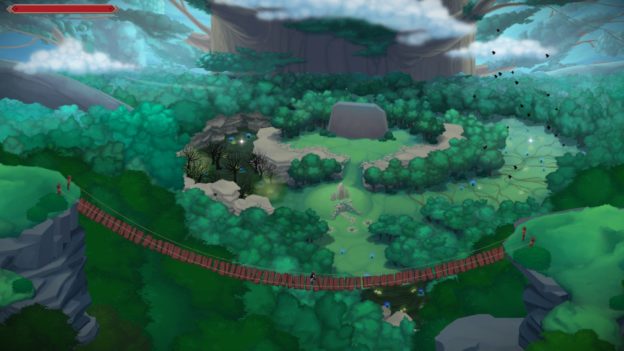 These visuals, however, can’t make up for the repetitive gameplay as you slog through the levels. Each is basically a maze to explore with deadly environmental hazards in the way. Hazards that don’t always go away. I expect and want combat in games as you travel from point A to point B, but not if it’s the same thing over and over again. Early on, for example, poisonous gas clouds hinder your progress. You need to time your way through them as they expand and contract, which greatly slows down the game. I’m okay with this once, but if I have to backtrack through the same area, now I’m getting annoyed. Better level design would allow us to disable hazards we’ve already passed. The problem is exacerbated by the level layouts. which often force you to face areas like this multiple times in order be sure you’ve picked up new arts required for the boss fights. 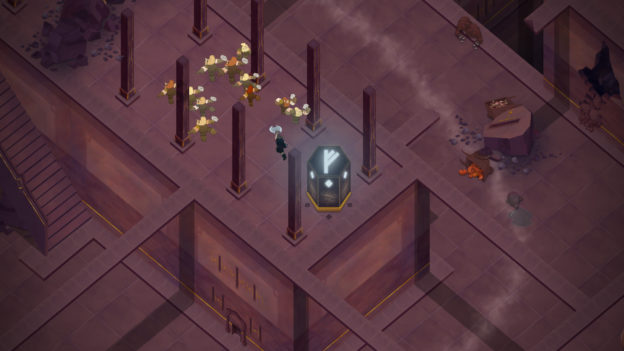 The two parts that comprise the game also affect its viability in portable mode. Jotun: Valhalla Edition plays just fine on the Switch’s smaller screen when exploring Ginnungagap; the bright colors and clean, hand-drawn visuals make it easy to see and avoid danger. When fighting the jotun, however, Thora often becomes so small that she gets lost amongst the hazards and attacks. Unless you want to make the game even more difficult than it already it us, it makes sense to save your progress just before the boss battles then wait until you can dock the system to attempt them. 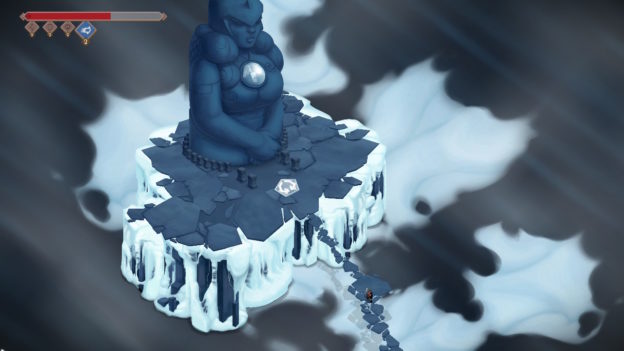 It’s also worth noting that the Valhalla Edition comes with a Valhalla Mode that allows you to fight even harder versions of jotun after you complete the game. I didn’t feel the need to go back, but the challenge is there if you want it.

Jotun: Valhalla Edition is a game of moments. It’s like an album with a handful of brilliant songs surrounded by filler material you’d rather just skip. That’s not to say it’s not worth playing, especially at the attractive price of $14.99. The great moments make it worth it, but the gameplay between those moments can try your patience. As such, it’ll just take some serious dedication to play it all the way through.