Just Ignore Them is a point-and-click game for the Nintendo Switch. It’s a simple premise, sporting a neat retro style. It also features an intense horror theme that contrasts with its somewhat cute graphics. With a few pros and cons under its belt, is this game worth acknowledging – or snubbing?

When I began playing Just Ignore Them, I was pleasantly surprised. The top-down style is great. It’s reminiscent of old-school Zelda titles, if Link was being haunted by ghastly creatures hiding in cupboards and kitchen appliances. The first time one of these white-masked beings snatched me from the dark, I actually got goosebumps. 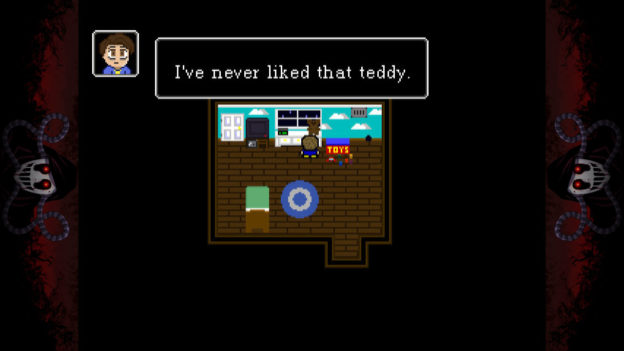 The game’s creepy vibe is partly due to its dull colors and darker tones. Another factor is the minimal use of audio. There’s not much of a soundtrack during the main game; it’s only when you’re in mortal danger that a tune plays. This silence also contributes to a feeling of loneliness and isolation.

After a great first impression, it was minutes later when I began feeling frustrated and unable to proceed. The puzzles are not tricky – the game itself is only about two hours long – but my main gripe is a lack of instructions. A brief tutorial pops up when you begin your quest, introducing key moves: “To Interact with something use the Interact button. To Check something use the Check button.” That was the extent of the guide. How about telling me which actual buttons on my controller these elements are mapped to? 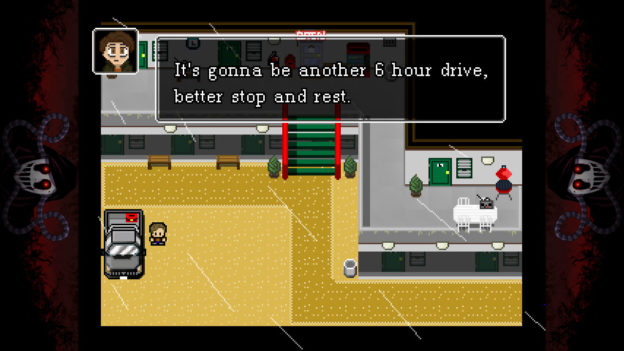 Of course, point-and-click titles are generally straightforward. You move your cursor around; you point at things; you click on items. And that’s the case with Just Ignore Them. But when I wanted to use an item, I was lost again. Where is the inventory? I pressed every button trying to find it before eventually Googling the answer (hint – it’s hidden offscreen until you move your cursor there). The game could benefit greatly from a simple control list from the pause menu. This would solve most of my frustrations.

Another minor gripe – again, due to lack of instructions – is the save feature. There’s no autosave, which is fine except this isn’t explained. Saving isn’t mentioned at all. I restarted a bunch of times before I got the gist of that too. That’s exactly the kind of thing that should be in the tutorial! 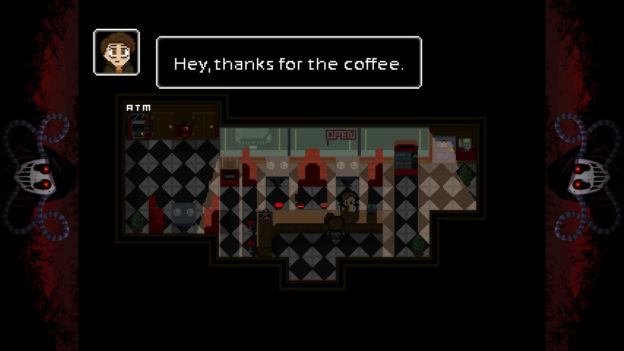 Overall, there are things I like about Just Ignore Them and things I don’t like. Once I knew how to play, it was much more enjoyable. I feel like a lot of players will give up after 20 or 30 minutes though. Should you pay attention to this game instead of walking away? At only $4.99, Just Ignore Them is a budget point-and-click game. The effects are creepy and it does use the touch screen, which is a nice bonus. Much like a B-grade horror movie, it might scratch an itch for genre enthusiasts. Those looking for something a little more polished should definitely just ignore this one.