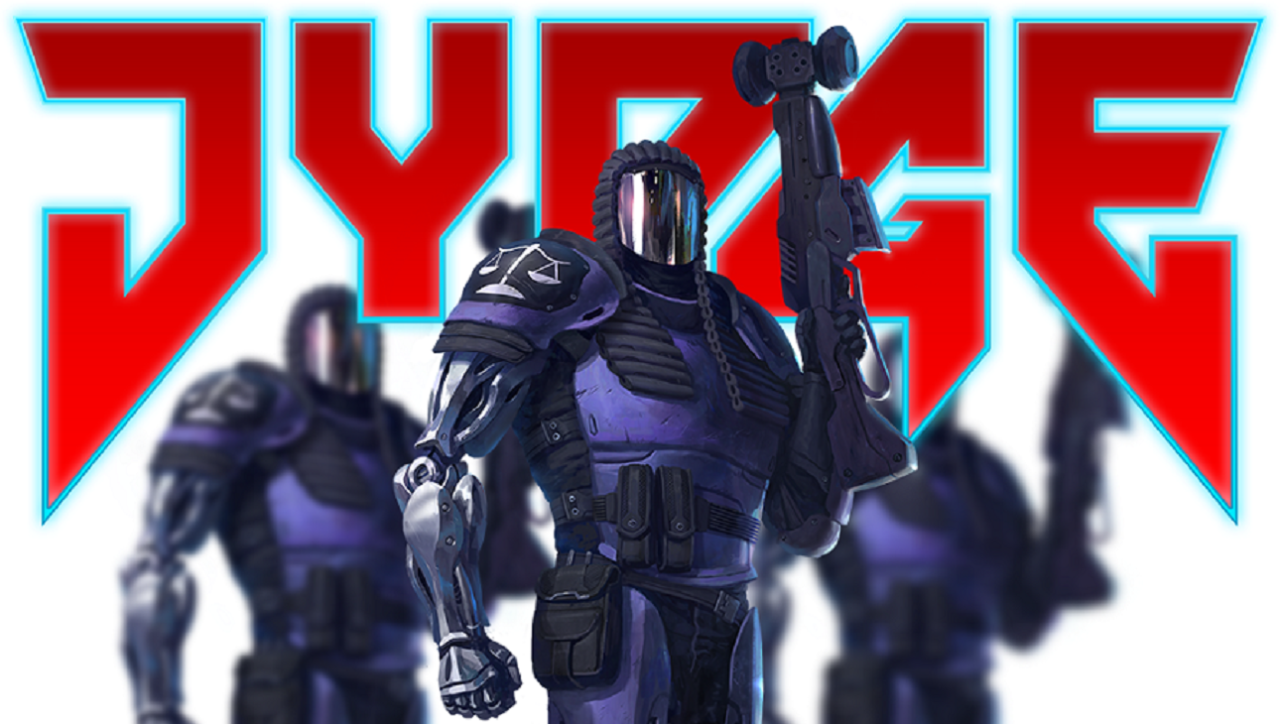 During this winter month, I was tasked with reviewing not one, but two games from developer 10tons LTD. If you want to check out my thoughts on Neon Chrome, you can see them here. If you don’t, no worries, because I’m going to cover a lot of the same points with Jydge as I did with Neon Chrome, as both use the same blueprint. Once you learn the controls of one game, you can immediately apply that to the other. Jydge does have a larger variety of guns and perks, which does liven up the gameplay. On the other hand, the number of levels in Judge is incredibly short, and the game forces the player to replay those levels a number of times in order to progress in the game. Like Neon Chrome, Jydge is also a top-down shooter set in a dystopian future. But whereas you fought against the man in Neon Chrome, in Jydge, you are the man — a one man police force out to fight against violent street gangs.

Jydge goes the opposite route of Neon Chrome, and has a set level design and medal system that forces players to replay those levels to unlock mods, upgrades, and progress to later levels. Medals are obtained by completing objectives, such as defeating all enemies, or collecting evidence. The two difficulties have their own set of medals, so progressing isn’t the herculean task it first appears to be — at least in the first half of the game. In order to reach the third act and beyond, players need to grab nearly all of the medals that are available. However, increasing the difficulty doesn’t change many of the levels’ characteristics, aside from fighting both more and stronger enemies. Only a few of the medals are overtly difficult to obtain, but after so many repeated playthroughs, a once fun and bombastic experience became mundane. Even the speediness of the missions (most lasting only a couple minutes) doesn’t save the experience from becoming a chore. 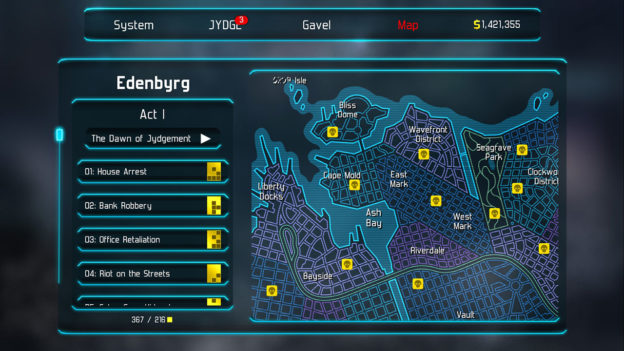 You also won’t see much variety from the enemies, either. The top-down view limits the enemy’s aesthetics, with their only distinguishing characteristic being hair color and what gun they are toting. Even the named enemies look like any other goon you fight, save for the name that appears next to them and the fact that they are slightly tougher. While most fall so quickly to your guns it hardly matters, the detail could have helped pull me into the world a bit more. 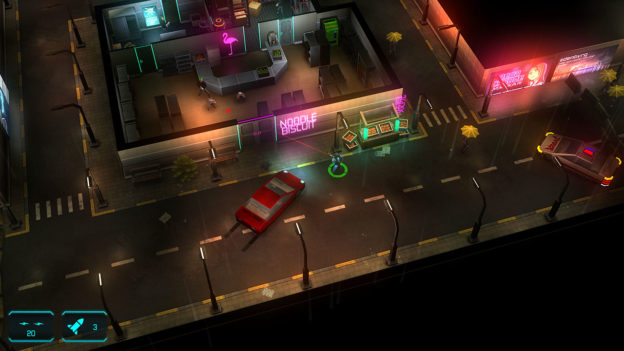 If you’ve read my Neon Chrome review, you’ll remember my praise of the perk system being a highlight of that experience; the same holds true for Jydge. Along with medals, players collect cash for gun and Jydge upgrades (perks). Many of the upgrades are not prohibitively expensive, and there is always a new mod just around the corner. Each mod or upgrade is both varied and imaginative, such as creating an explosion every time you melee to busting through walls simply by walking into them. Being able to equip a number of modifications also opens the possibility of finding new combinations that mean the difference in getting that sought-after medal. 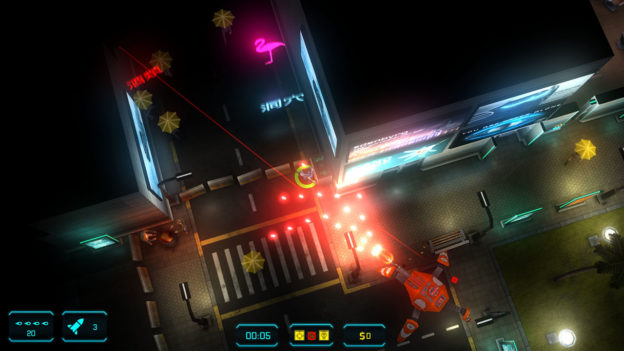 Lack of variety is the biggest flaw in Jydge. The game forcing players to revisit levels countless times in order to pad out the experience, leaning on the mods and guns to keep players engaged. Unfortunately, even that cannot save Jydge as blasting through faceless enemies becomes more and more humdrum with every mission. 10tons has a nice premise for a game, and utilizes its over-the-top action well, but it ultimately is not enough to keep Jydge from being a forgettable experience.