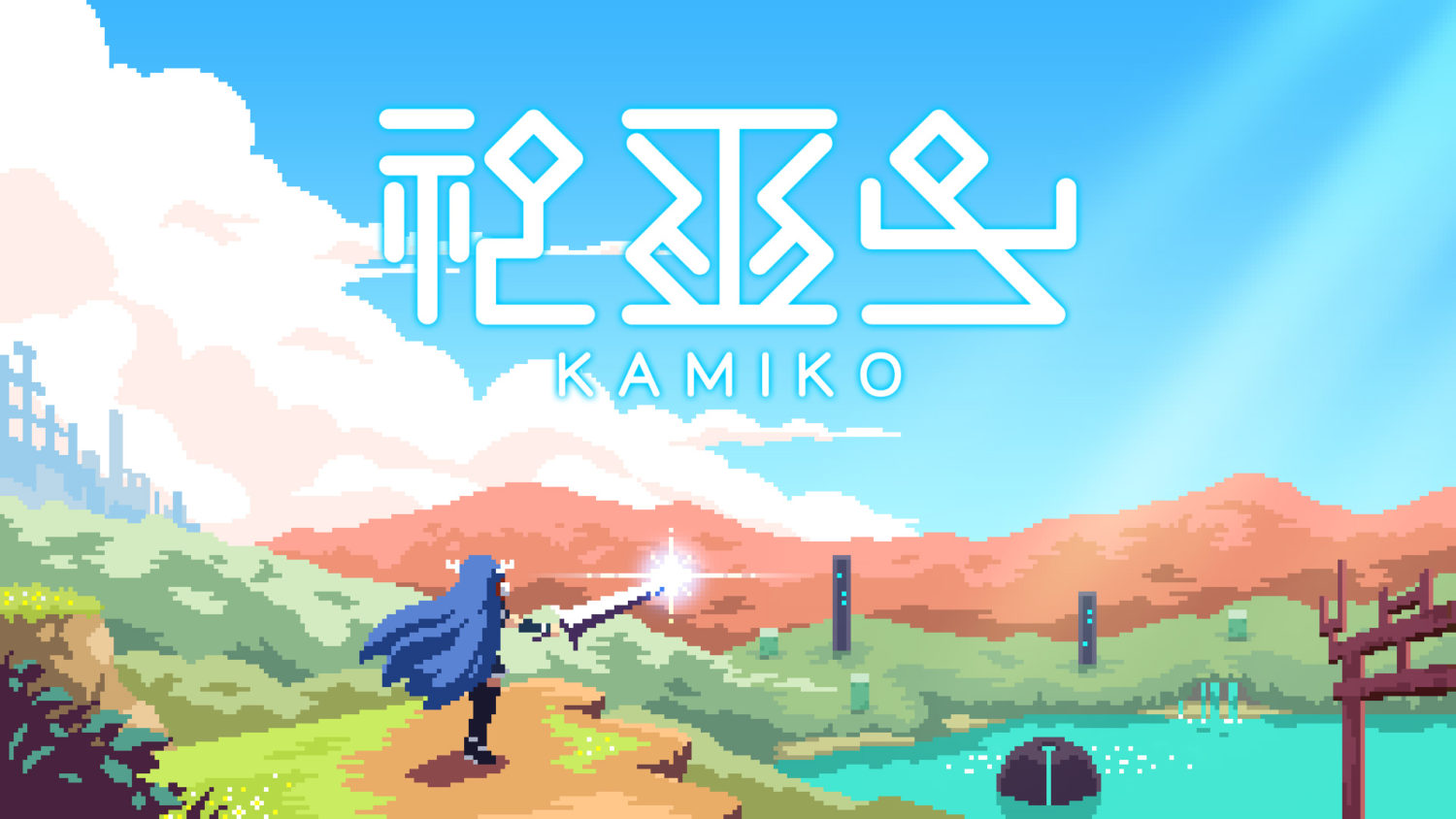 Skipmore is no stranger to sprite, retro-style games with games like Fairune and Fairune 2. With the Switch, Skipmore has brought out the arcade-style adventure game, Kamiko. Kamiko is a short, fun time, whose challenge comes more from how fast you can beat the game, and not an inherent difficulty through the combat or puzzle-solving. There is a lot of positives about Kamiko, but it’s short length and repetitive gameplay may be a detriment to some players.

What story exists in Kamiko is minimal, and feels like it serves to bookend the gameplay. Demons have sealed the gates between heaven and earth, and you as a shrine maiden need to go down to earth and restore the shrines. Players are sent to four small stages where they need break the demon’s curse on four shrine gates before confronting the boss. It won’t take you long to memorize the levels’ layout, which is beneficial since most puzzles require you to haul keys or crystals from one side of the map to the other. All of the levels use the same script: defeat enemies, find keys, and open doors routine, with little variation in how to tackle these problems. This causes the levels to feel same-y, despite how unique the artistic design paints them. To add more chips to the pile, those four levels repeat for each of the three shrine maidens, worsening the repetitive issue already plaguing this experience.

Challenge comes from managing groups of enemies as they appear in front of you. In most cases you’ll have plenty of time to react, but there are some times where enemies will appear right in your face, and you’ll take a hit. A minor frustration most times, but it becomes a bit grating when the hit results in dropping a key and breaking it. The game’s level of difficulty also takes a hit in that deaths come with little penalty. After every death, you return to the last checkpoint with both your health and SP filled to the max. The most detriment dying brings is during a boss fight, but it only brings you back to the beginning of that fight. 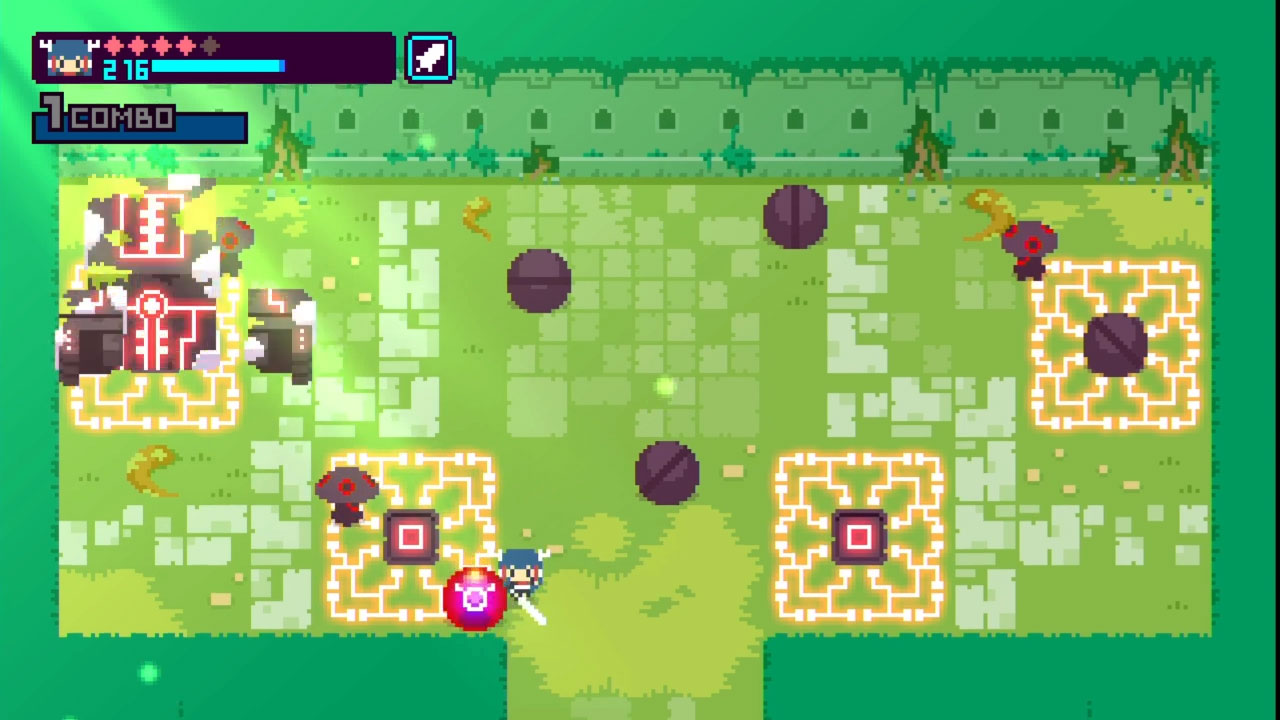 Each shrine maiden feels unique, and it is fun to try and adapt to their different combat styles. While one maiden may be harder to get a handle on than other, the game is balanced fairly for each. I only felt disadvantaged playing as Uzume, since she only uses ranged attacks, and there are many scenarios where enemies get in her face. Even then, it never became frustratingly difficult.

With Kamiko, the sprite work is the art-style that utilizes and goes beyond the conventional 16 and 32-bit palettes from the NES and SNES eras. The environments are vibrant and fun to look at, especially the ruins scattered throughout the area as well as the demon bosses you fight, which have a combination of mystical and technological. The unique architecture is not only artful but functional, and players are almost guaranteed to never get lost amongst the ruins and monuments.

I wish there was much more to Kamiko, which is both a compliment and a complaint. The gameplay feels solid, and the three maidens feel unique and fun to control. But even spanning all three characters, an initial playthrough of Kamiko will run most players two hours or so. Each character has a time leaderboard, so the replay value lies more in players racing against the clock than tackling the challenge of the game’s campaign. Perhaps that is enough for some, but I felt that even just one more stage would have improved my time with Kamiko. On the other hand, what there is in Kamiko is very well done, and worth a look for fans of sprite art and retro-style games.

I felt that even just one more stage would have improved my time with Kamiko. On the other hand, what there is in Kamiko is very well done