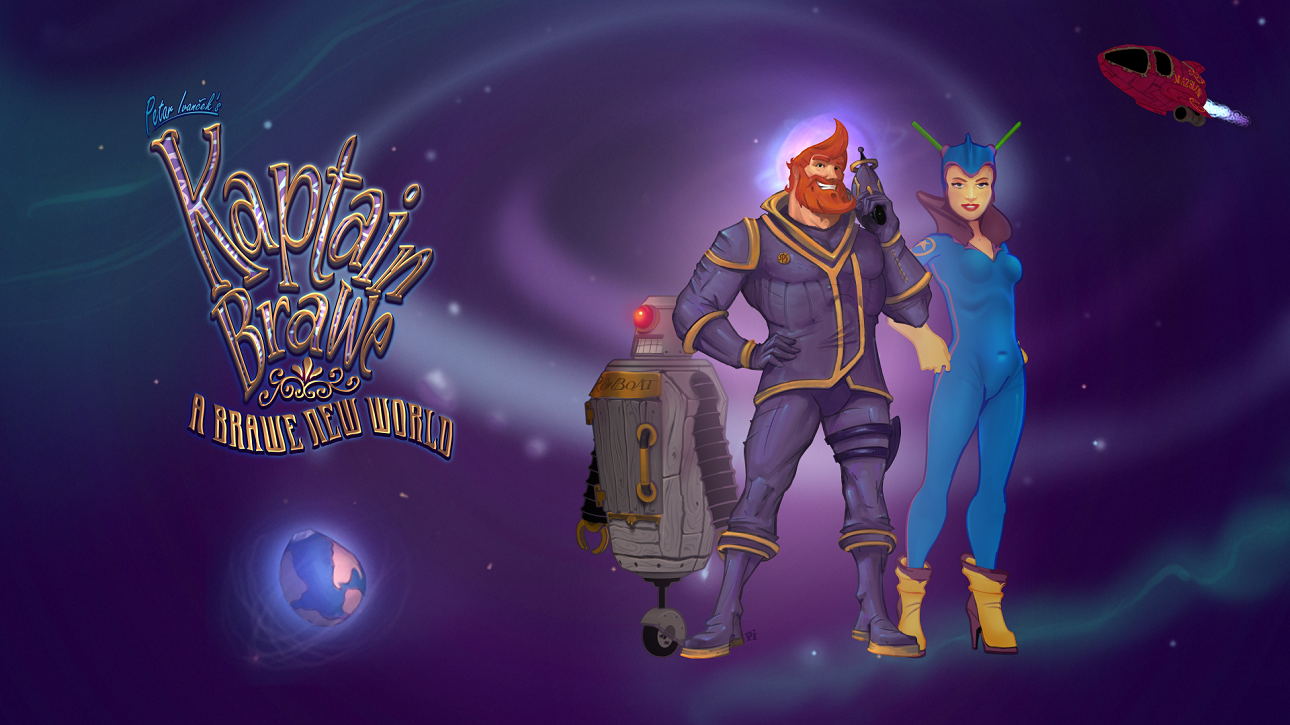 An oldie (from 2011) but a goodie, Kaptain Brawe: A Brawe New World entertains. It’s not a very lengthy point-and-click adventure, but it feels fully realized all the same. Genre fans who missed it back in the day should take a look now.

This sci-fi tale starts pretty straightforward plot-wise, as the opening act consists of fixing things on the titular character’s ship. But you soon find yourself on a mission to rescue alien scientists. The world then opens up, and you meet several impactful secondary characters. Kaptain Brawe himself is amusing and likable enough, but the game does an especially good job with these supporting players. My favorite might be the salty codger war veteran who whacks you with his cane if you get too close. Most (if not all) of these characters leave favorable impressions. My only letdown is there’s no speech; it’s 100% reading.

The puzzles are primarily the time-honored variety, involving the use and combinations of inventory items. Aha moments follow when you solve a challenging one. You can even flip between playable characters in particular sections. There’s a casual mode which (while still playing close to traditional games in this genre) offers in-game hints. They’re helpful for those less experienced with games like these, but don’t rob yourself of fun and satisfaction by abusing them.

This game is drawn in an eye-catching art style with warm colors and lots of detail. The vivid, well-designed areas feel like characters exist in them rather than just lifeless backdrops. It’s a good looking game, especially considering its age. I especially enjoyed it on my television; static screenshots don’t do Kaptain Brawe: A Brawe New World quite enough justice.

Being a story-driven game, I can’t discuss any of the various surprises or twists that this adventure brings. What I can say is that Kaptain Brawe: A Brawe New World kept my attention through to the end credits. One advantage of the more modest length is that it avoided pacing issues. Keep this in mind If you’re looking for an adventure you can beat in a weekend.

Somewhat short for its genre but reasonably sweet, Kaptain Brawe: A Brawe New World comes recommended for fans. While speech is certainly missed, the art style is inviting to the eyes. It plays it straight, but the fun characters and satisfying puzzles make it well worthwhile for those who overlooked it upon initial release.

Somewhat short for its genre but reasonably sweet, Kaptain Brawe: A Brawe New World comes recommended for fans. While speech is certainly missed, the art style is inviting to the eyes. It plays it straight, but the fun characters and satisfying puzzles make it well worthwhile for those who overlooked it upon initial release.