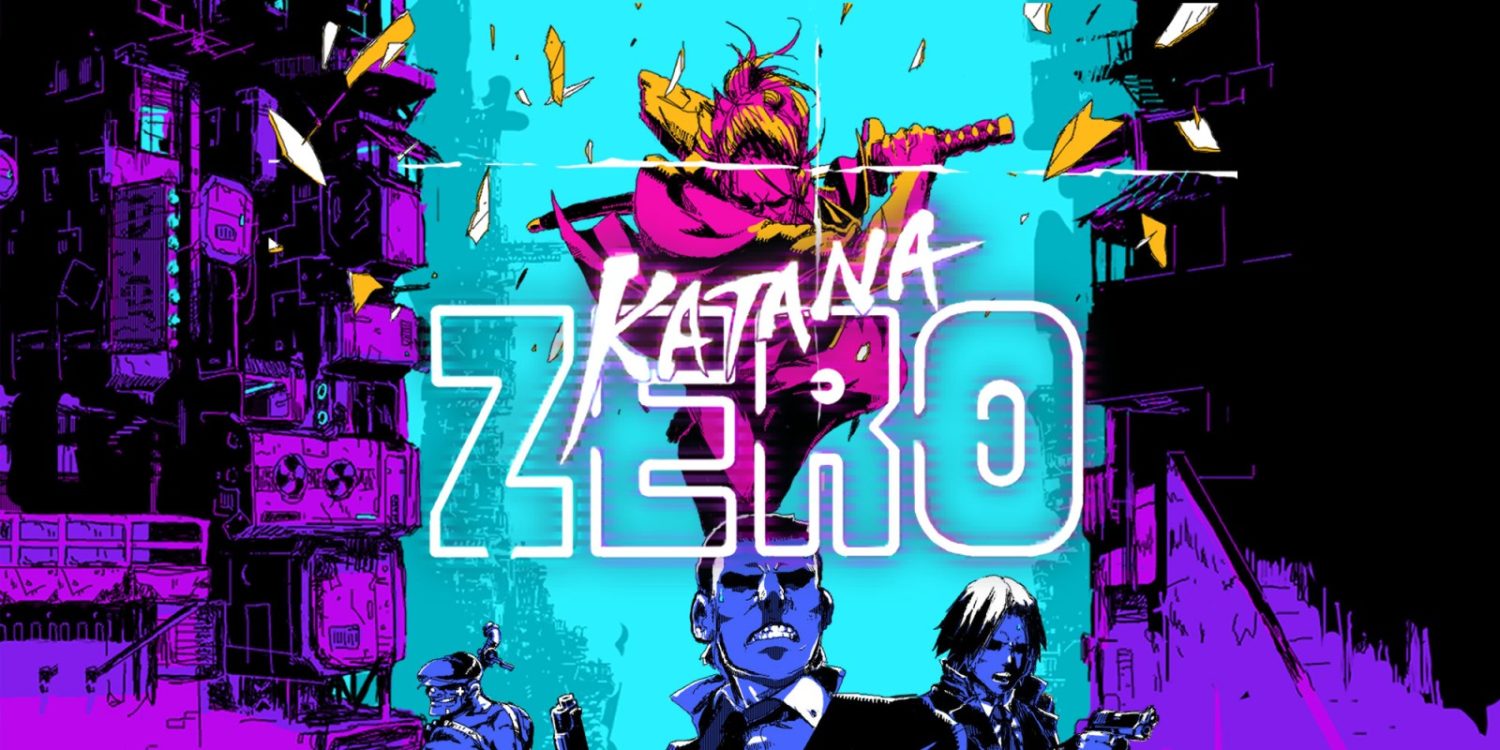 Katana Zero is one of the best indie games I’ve played on the Nintendo Switch. There ya go, review done. I’m gonna go eat some hot wings now…

Seriously though, Katana Zero is an awesome game. If you’re looking for a fast-paced, action-packed side-scrolling adventure involving samurais, government conspiracies, and the ability to manipulate time, then you’ve come to the right place. The game follows a nameless Samurai Assassin as he tries to figure out the mystery of his past and take down the evil corporation that ruined his life. He has no memories before his time in the war, all he knows is killing. It’s a sad story that takes a lot of twists and turns before everything’s over. Don’t let that fool you though. Katana Zero evokes a lot of emotion throughout its entirety, and it’s not all sad. 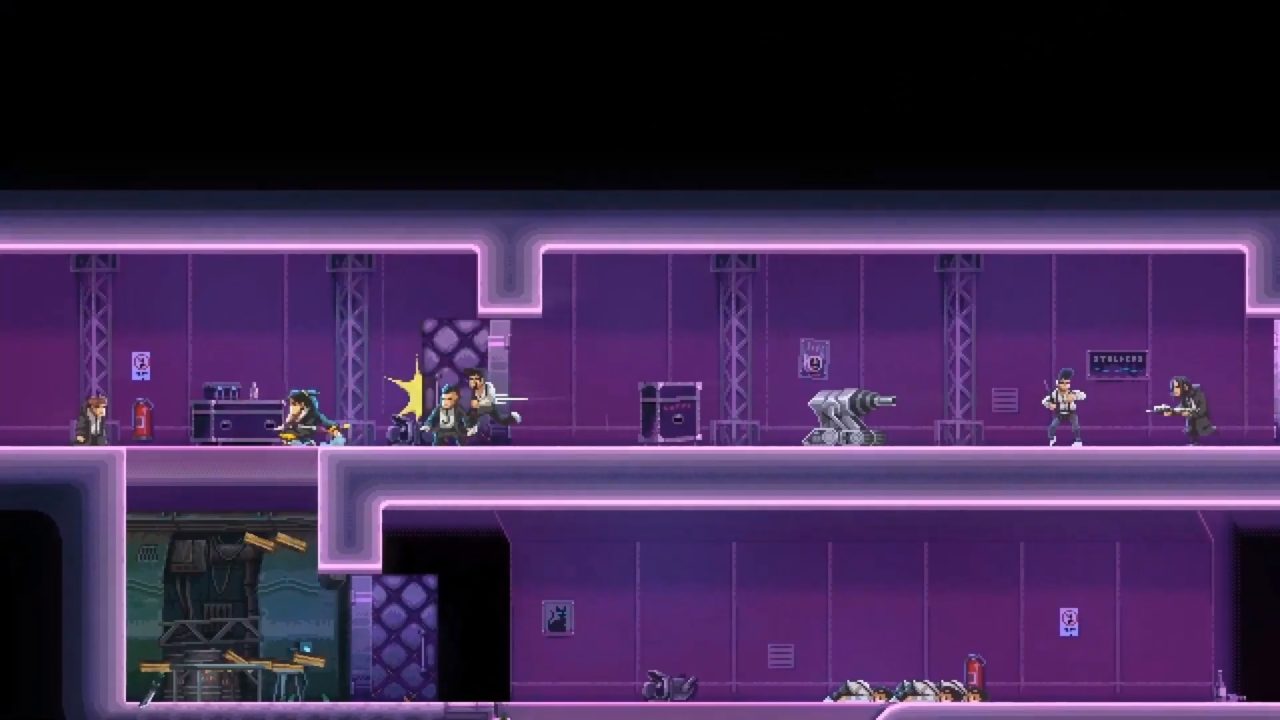 The first 2-3 levels are pretty much tutorials. Teaching the player basic moves like jump, slash, crawl, and roll. But all those are small potatoes compared to this samurais-specific ability: he can manipulate time and slow it down for a short period. By holding down the L button you can make everything go in slow motion and knock bullets back at enemies, or dodge a barrage of bullets from a group of thugs. This also allows you to slow down traps and lasers so you can pass through more easily.

Each stage is separated into numerous rooms. You can see what’s waiting behind each door and try to figure out the best approach when killing whoever’s waiting on the other side. If you get hit, you’re done for and have to start over from the beginning of the stage. Since each stage is fairly short this isn’t too much of a hassle, but you will die a lot, and that’s ok. 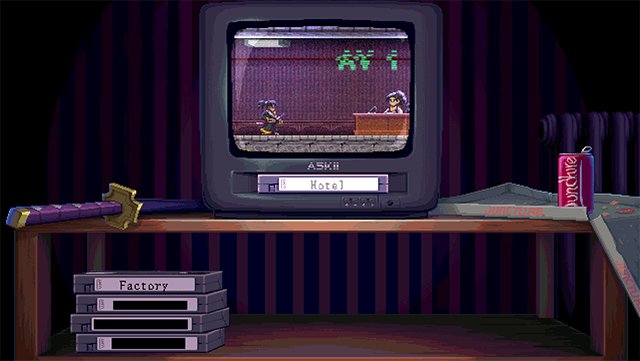 The appeal of being able to manipulate time is saving yourself from death. When you’re shot, or hit by an enemy the screen begins to go in reverse until it’s back at the starting point, like a VHS tape. You can speed it up or slow it down to see where you need to improve, or maybe catch something you missed the first time around. Or you can skip it altogether and just start over without watching it. But the option is there if you want to go in with some strategy, or guns blazing. Because of the rewinding and fast-forwarding, there is a warning at the beginning of the game about seizures and eye agitation. Luckily the developers give you the option of turning off all of these crazy effects so everyone can enjoy the game. 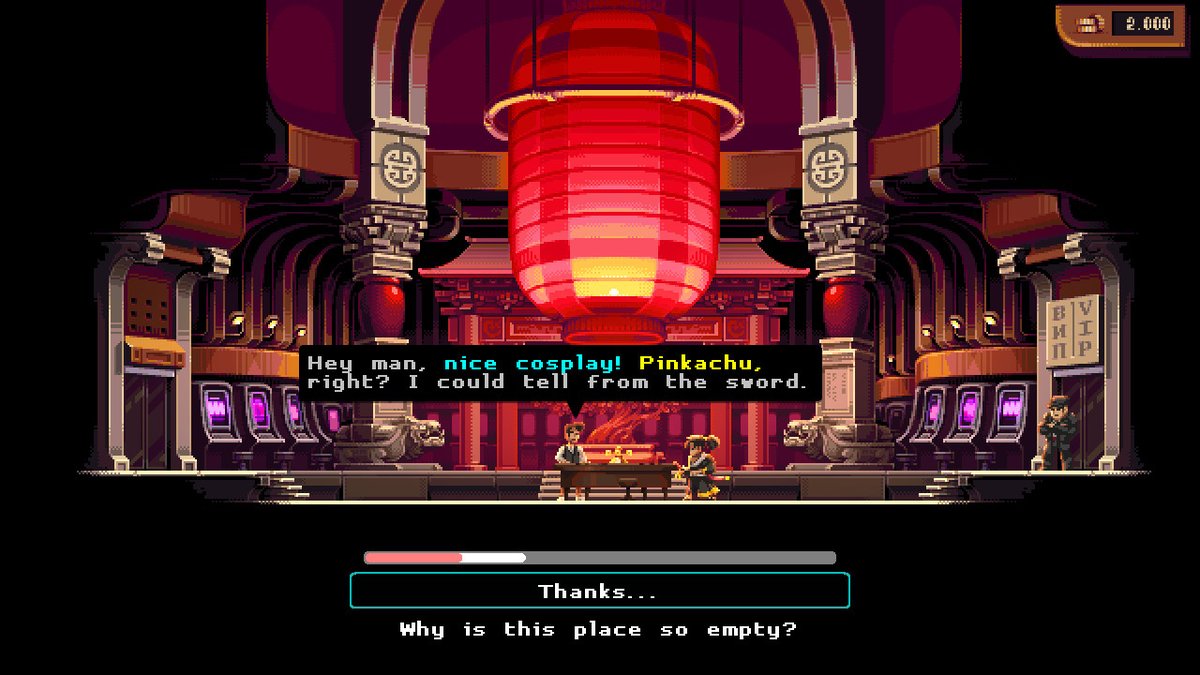 One of my favorite things about Katana Zero is that it’s not easy. As far as difficulty goes the game is paced very well. I noticed myself dying 10 times more when I was about halfway through the storyline. It can get frustrating at times, but the rewarding feeling you get after taking down multiple rooms filled with guys toting guns and swords is worth it. I don’t want to get too much into the story because it’s fun to play through, but I do want to mention that the player does get to choose what the Samurai says when he’s responding to anyone during a cutscene. Sometimes it’s just short dialogue like “yes” or “I don’t know”, but a lot of the time what you choose will affect the story down the road. They’re small occurrences but it gives you a reason to want to play again and see if you could have done something else. Who knows? You might even get a different ending your second time around. 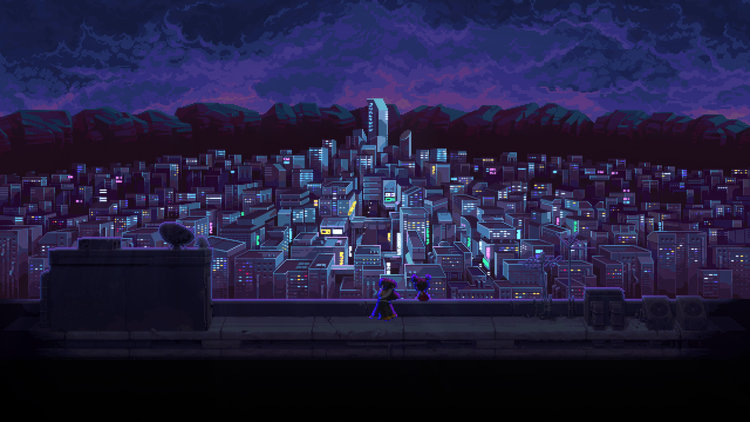 Visually Katana Zero looks awesome. I loved all of the bright colors and little details they put into each level. The game looks and plays great in handheld mode and docked. I didn’t notice any frame rate issues, which is surprising with how fast everything moves. The music is another plus. When you start each level the Samurai will turn on his little cassette player and treat you to an array of awesome tracks, which I thought was pretty neat and original. I do want to mention that Katana Zero is rated M, and for good reason. There’s plenty of cussing, drug use and murder throughout the storyline. So if you have younger kids in the house it’s probably not the best choice for family time. 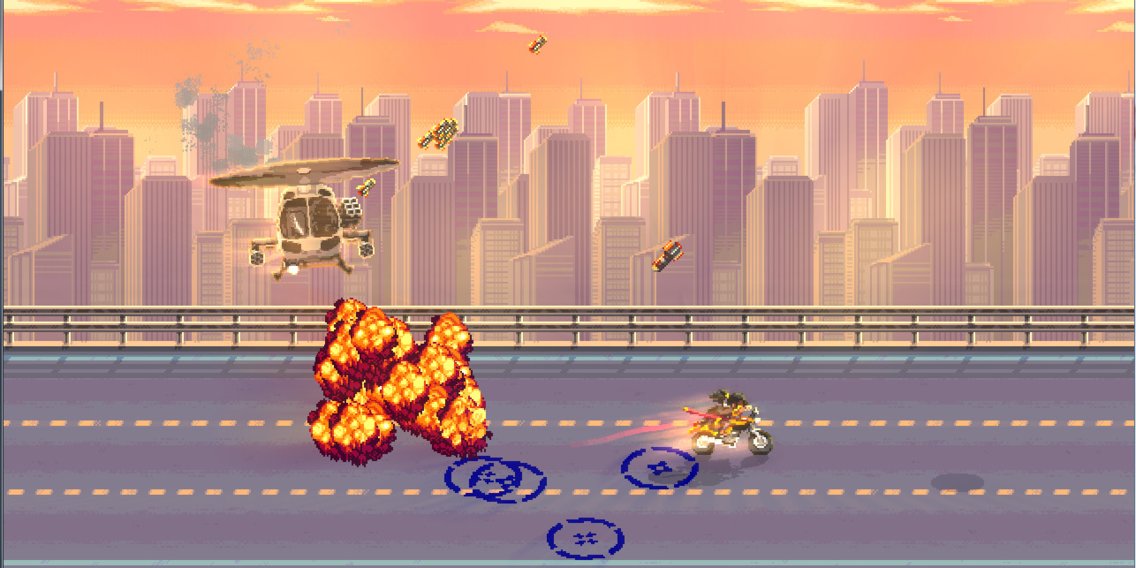 The only bad part about this game is that I wanted it to be longer. There’s a little under 10 hours of gameplay depending on your approach. But I guess it’s better to leave the player wanting more, rather than getting burned out. Plus there is the appeal of going back and doing things differently, so it’s not all bad. Overall I highly recommend getting Katana Zero if you haven’t already. It’s probably one of the coolest games I’ve played lately.

Check out Katana Zero on the Nintendo Switch eShop for $14.99.

If you’re in the market for a fast paced, action packed platformer then Katana Zero should be on your list. The gameplay is awesome, the music is great and I really like the art style! I highly recommend checking it out.