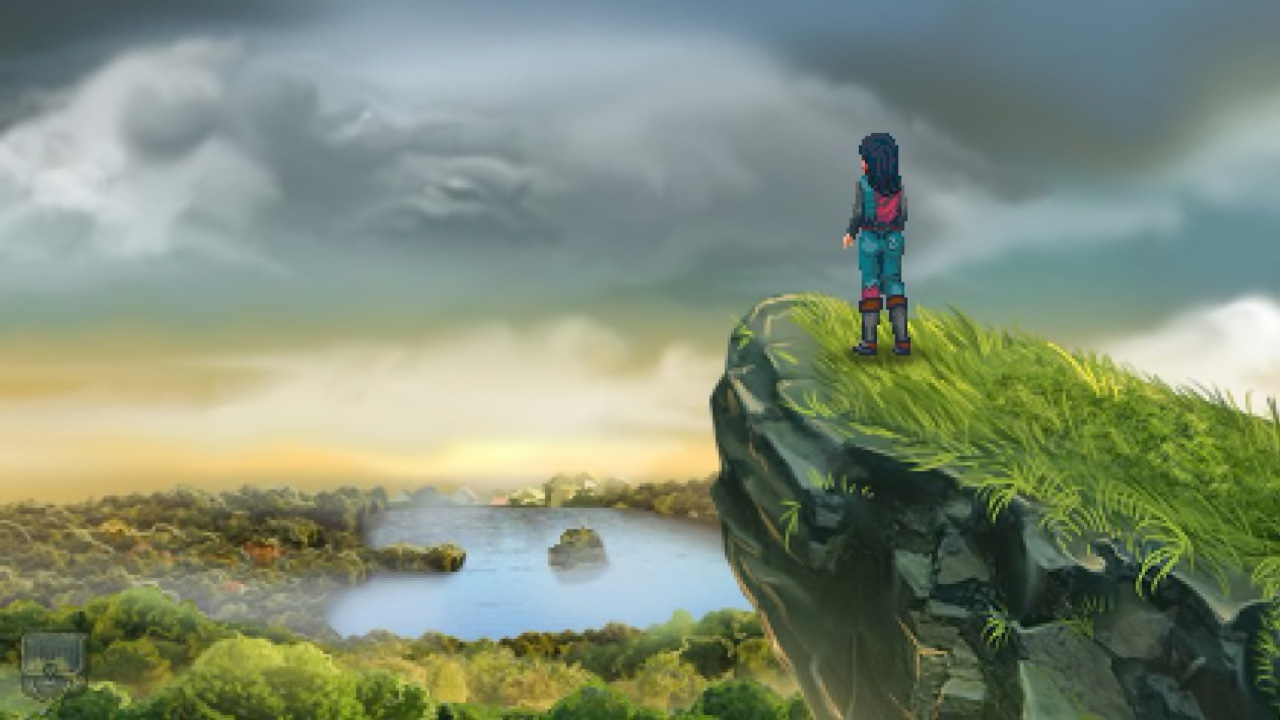 Kathy Rain: Director’s Cut is a ‘90s-style point-and-click adventure game that also happens to take place in the ‘90s. You play as Kathy, a sarcastic, alt/punk college student who’s studying Journalism. Having just learned of her grandfather’s death, Kathy heads to her hometown to attend his funeral. She soon discovers some secrets about her grandfather’s unfinished business, and takes the liberty of figuring out what’s going on. 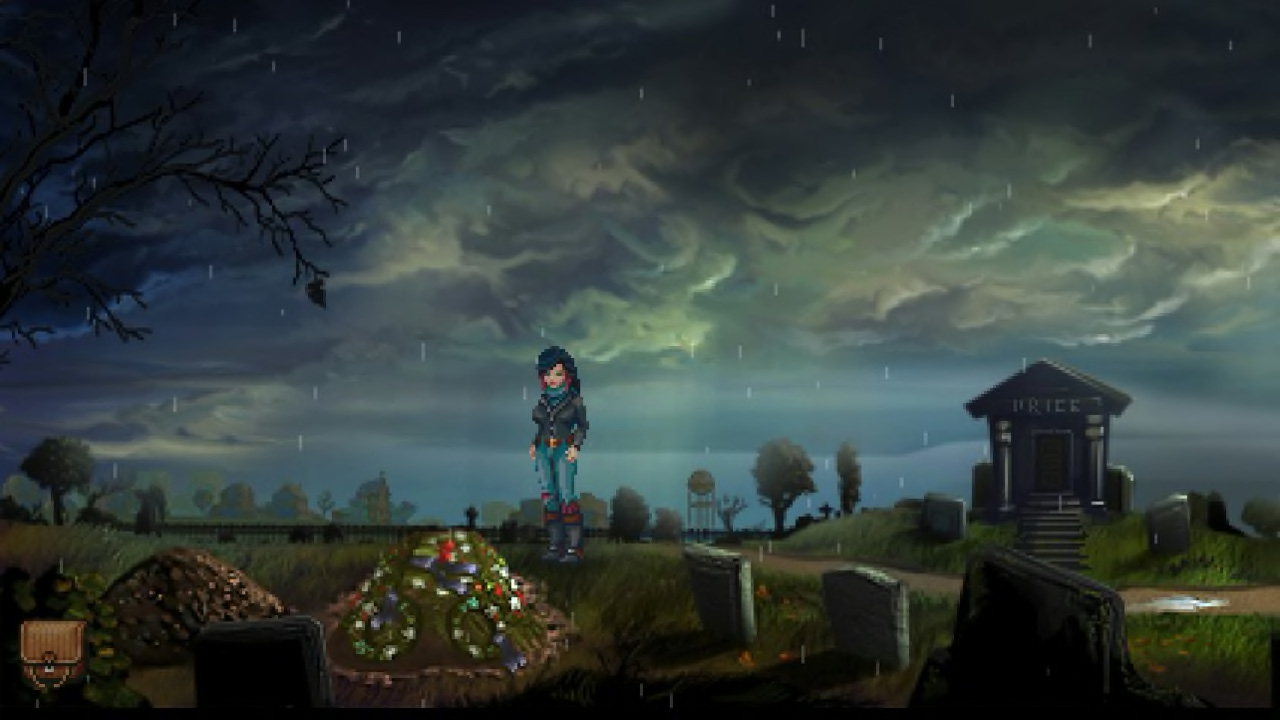 This leads you to an ongoing investigation of what is referred to as “The Incident of ‘81,” a young girl’s suicide, and supernatural elements. There are a list of people to talk to, including Kathy’s roommate, Eileen (who’s the complete opposite of her), Kathy’s grandmother, various townspeople, and a Minister of the town’s church. During her investigation, Kathy not only discovers the secrets of her hometown, but also the secrets of her family’s past. To solve the investigation, Kathy has to gather clues and discover secrets through exploration and completing puzzles.

As with most point-and-click adventure games, you mostly walk around and look at stuff or talk to people. It’s important to click on everything you see (which you do with the A button) as you never know what you may need later or what important hints you may get. Whatever items you collect will be shown in your inventory, which you access with X. The Y button is for using items, and you control Kathy’s movements with the left Joy-con stick. This is a vast improvement over most ported point-and-click games where you still have to move your character with a cursor. It’s all very easy to control. 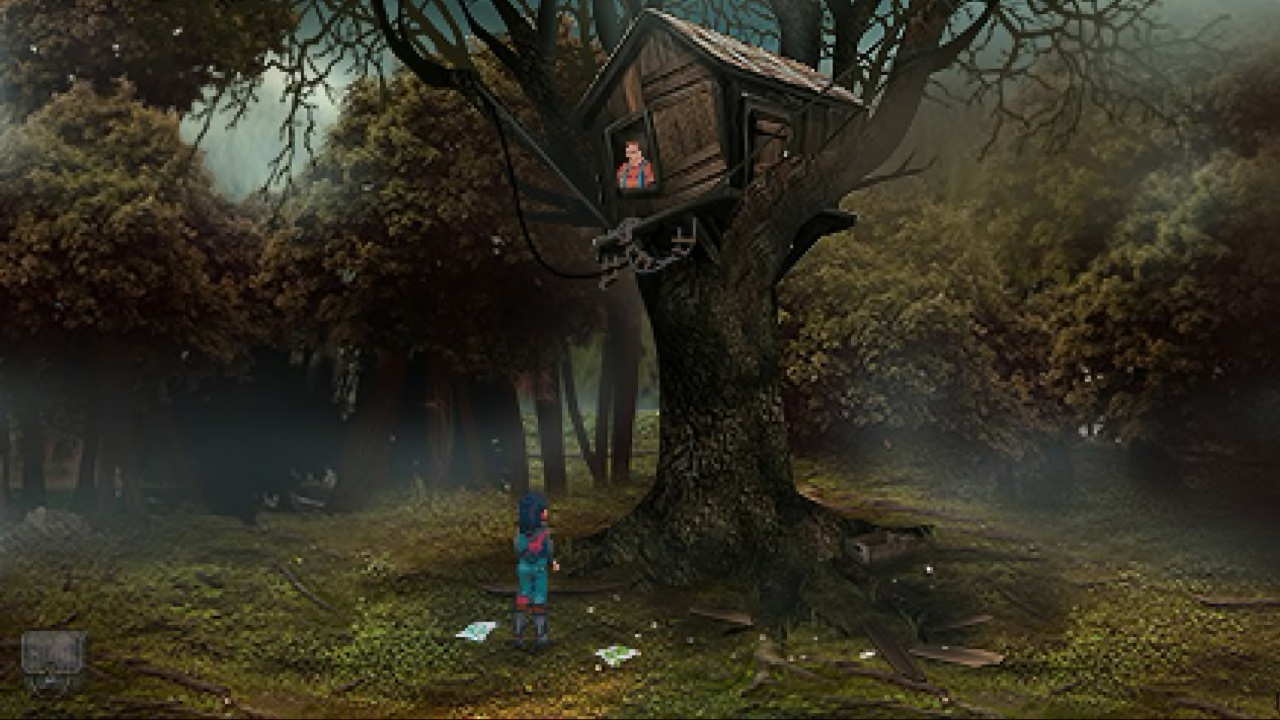 The visuals in Kathy Rain are a good homage to ‘90s adventure games, as it’s all pixel art. The 40+ settings are fun to explore and are drawn really well. The Director’s Cut received enhanced lighting and weather effects, better animations, and widescreen layout, so it feels more like a modern game despite the retro presentation. 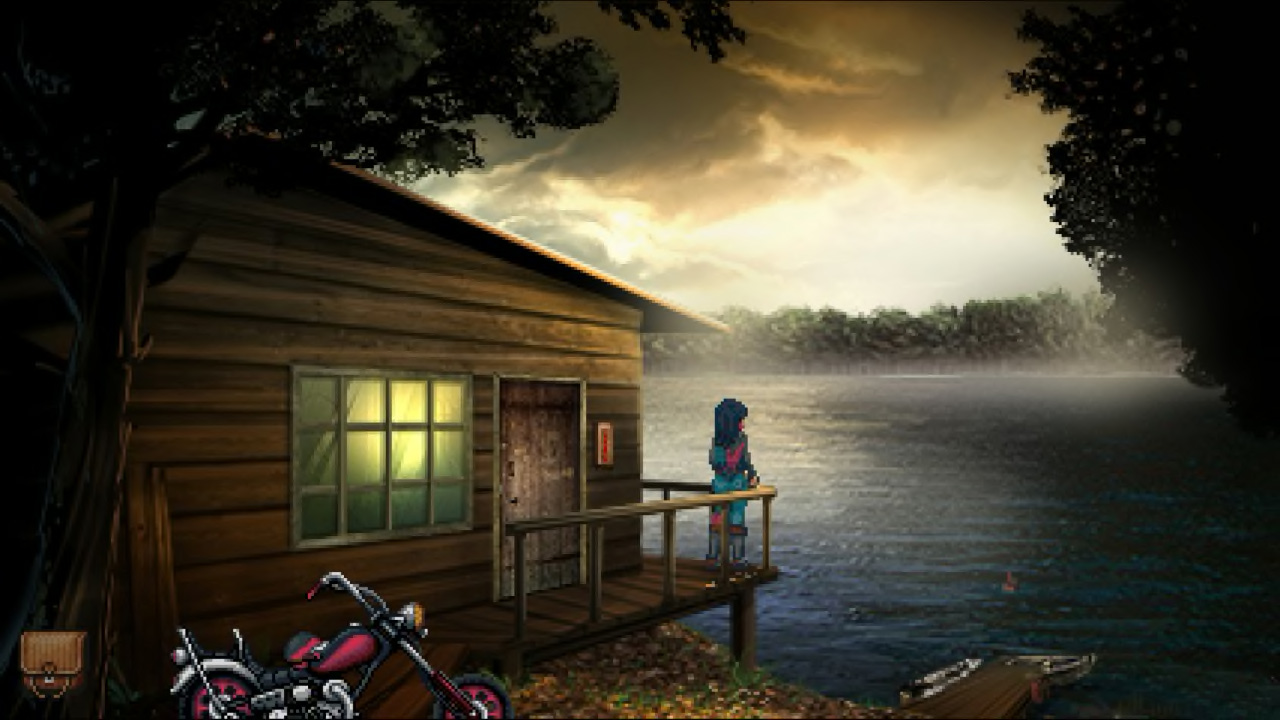 The music also adds to the overall feeling, as this game does get pretty creepy. I found the music often added to the suspense and made me nervous about what was to happen next.

The main appeal of Kathy Rain, however, is still its captivating storyline, with clues that aren’t too hard to pick up on. The puzzles are challenging, but still fun. Some of the story was easy to predict, but it didn’t take away from the overall mood of the game.

Unfortunately, considering how I found it hard to tear myself away from the interesting story, I was let down by the ending. The game seemed to be building up to a grand conclusion. Once we got there, however, the finale was too abrupt and resolved things without satisfactory detail. This was surprising considering one of the features of the Director’s Cut is a prolonged ending.

Still, the anticlimactic conclusion didn’t ruin my enjoyment of Kathy Rain: Director’s Cut. I had a lot of fun playing it and trying to figure out where it was going, and I imagine most fans of adventure games—nostalgic or not—will as well.

Kathy Rain is a ‘90s-inspired point-and-click adventure game that follows a college student on her journey of discovering her hometown secrets. Dealing with supernatural elements and old family secrets, the game provides plenty of fun puzzles and interesting characters to captivate fans of retro adventures.