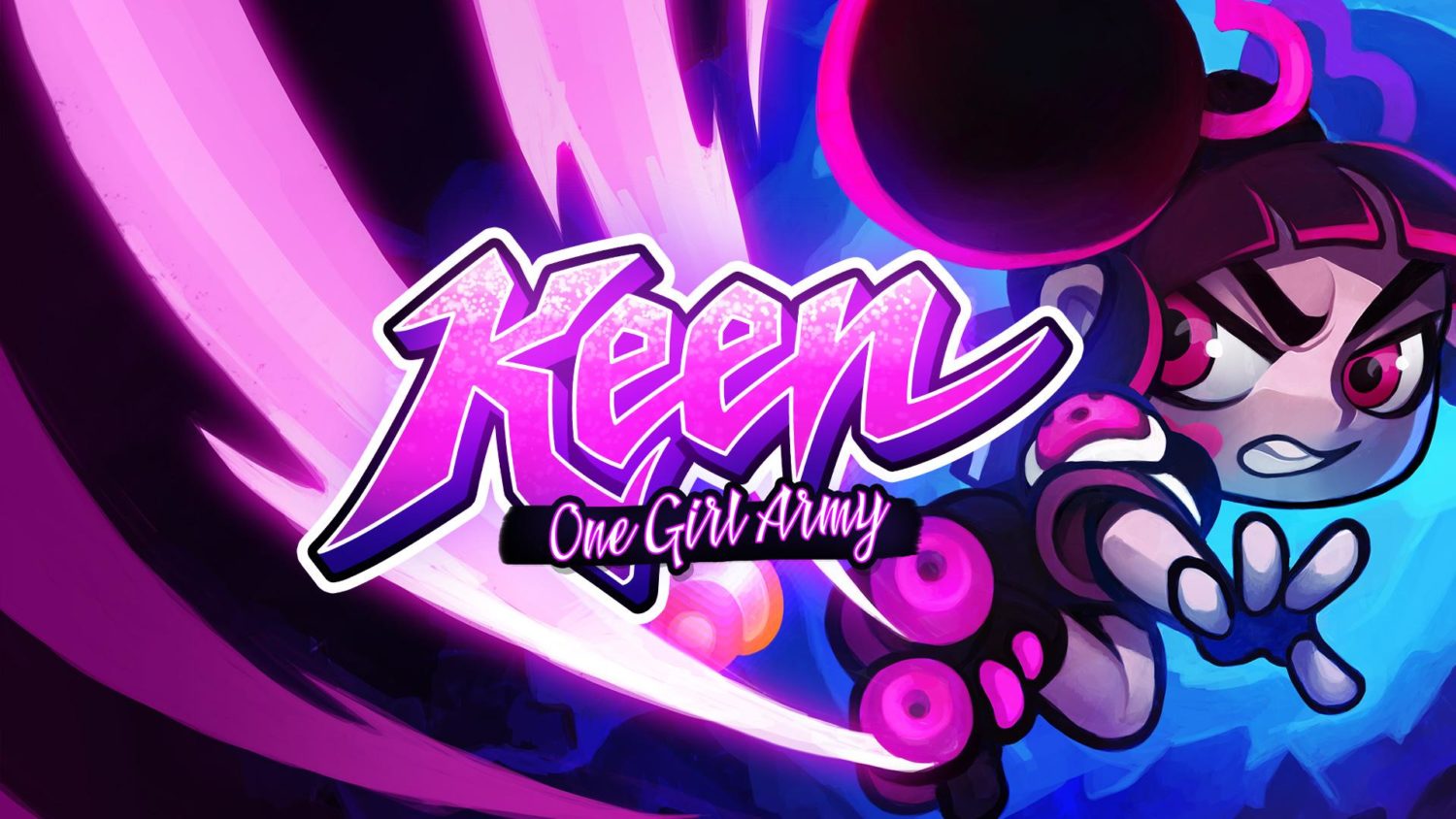 Keen: One Girl Army is a puzzle-action game for the Nintendo Switch. It involves tactical gameplay, zombies, robots, and a rollerskating ninja-type heroine – yeah, it kind of has it all.

The story features an eight-year-old girl named Kim, who is destined to save the world from an evil secret society after some training with her grandmother. She receives the family heirloom – a nifty blade – and learns the subtle art of slicing and dicing. 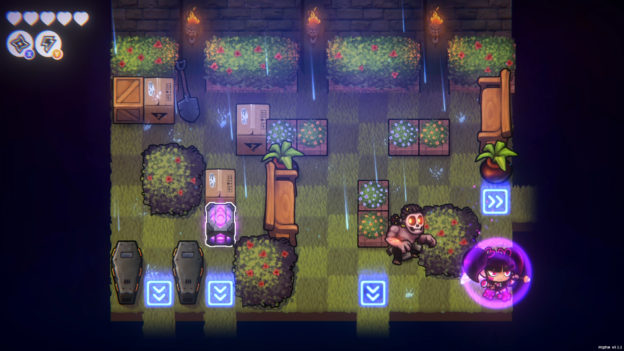 Gameplay involves navigating grid-like rooms to find your way through levels. The catch is that you move in a straight line, only stopping when you hit a wall or other object, thanks to your trusty skates. This skating mechanic makes for some clever puzzles as you work out how to reach the other side of the room or knock out all the bad guys. Enemies also move in time with you, so you have to be tactical about where you’re going to end up after each move.

This gameplay is easy to pick up, with a nice introduction to the mechanics that eases players in. The difficulty slowly but surely increases as you progress, with new enemies, harder mazes, locked doors, and multiple pathways. Some levels sprawl over several layers, with underground and overground pieces to the puzzle. It all hints at the classic dungeons of Link’s original top-down outing, moving from room to room to uncover the entire playing field. 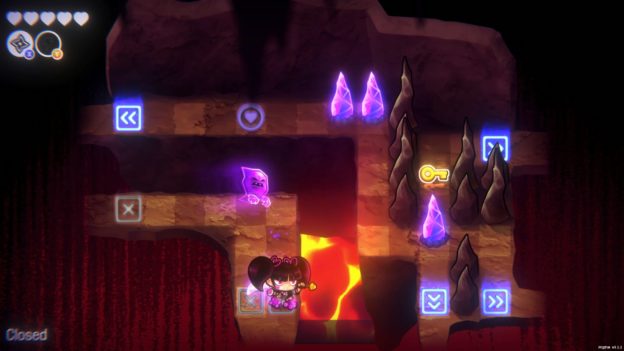 Kim has a life meter with five hearts to see her through each level. There are also three varying goals, requiring you to complete levels without taking damage, without dying, or by using a set number of moves, for example. Each achievement grants you an orbyte, the game’s collectibles. Gathering these gains you access to hidden shrines, which in turn provide new movesets and upgrades. There are plenty of other secrets to discover, which all add to a highly replayable game. I certainly found myself returning to earlier levels to complete them properly.

As the story of Keen unfolds, you meet several interesting characters. There’s a comical edge to the narrative that keeps the story light-hearted. It’s a fun and engaging tale that moves along at a quick pace. Coupled with this are the creatively designed levels, which are anything but repetitive. Each one is fresh and fun, from escaping from a jailhouse guarded by robots, to a ride on the zombie express train. I couldn’t wait to see what would come next. 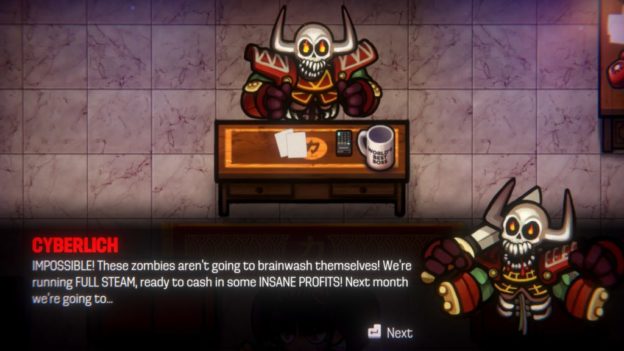 I also love the graphics, with crisp, bright colors used throughout. The sprites are clear and well-animated, with an edge of cuteness to them. It’s like an enhanced version of the best of the 16-bit era. The audio is a real treat too, with some catchy beats that have a slight retro vibe. They suit the atmosphere perfectly.

My only criticism with this game is a slight lag when some levels or the overworld loads. Occasionally, the screen is just black for a good 10 seconds. At first, I thought it had frozen, but I waited it out and it was fine. It happened several times, and never glitched beyond that, but it was a little disconcerting at first. A little “loading” icon would solve this issue easily, so the player knows to wait and that nothing is wrong.

Overall, Keen: One Girl Army is a lot of fun to play. It’s tough but enjoyable, with tactical gameplay that keeps you thinking and secrets to uncover along the way. Coupled with the visual and audio treats, and an engaging yet not-overly-serious story, I highly recommend this game.

Keen: One Girl Army is an addictive tactical experience, featuring a heroine sporting rollerskates and a deadly blade. It’s fun and challenging sliding puzzle game, plus a visual and audio treat, and comes highly recommended.