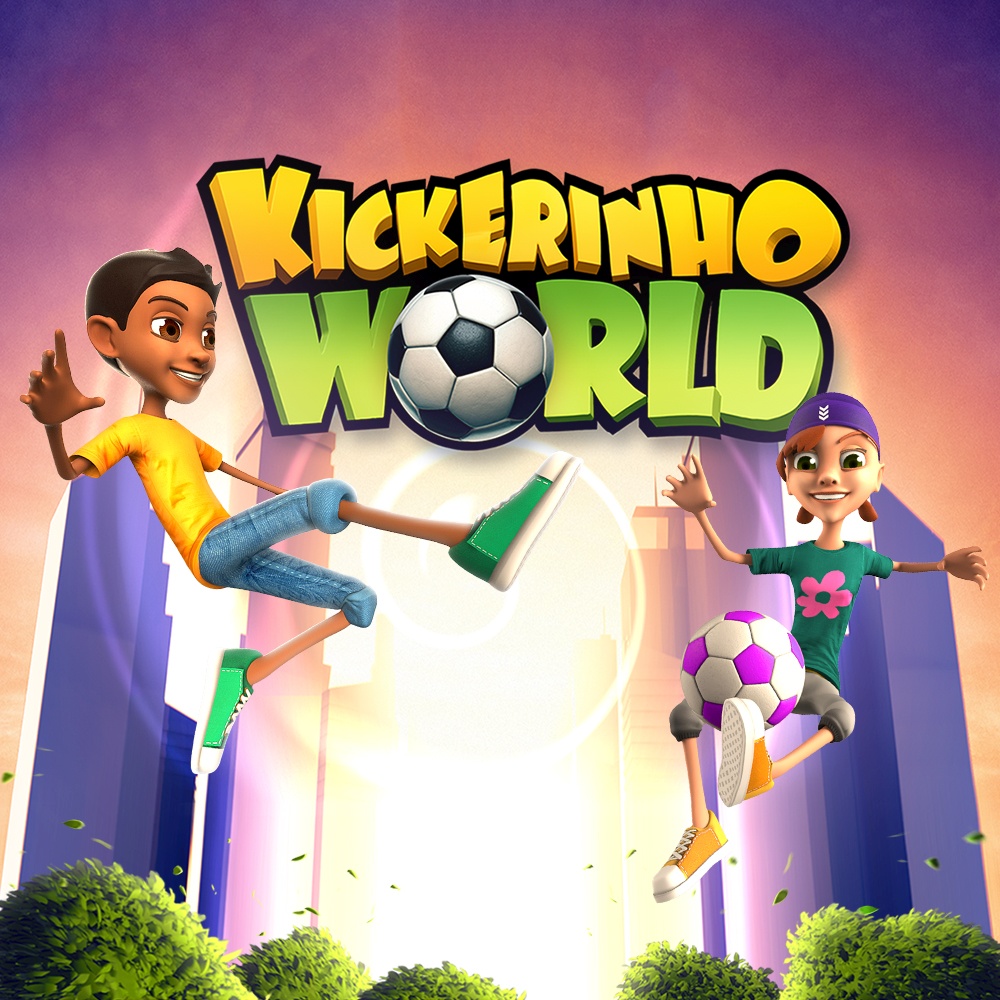 Kickerinho World was initially released on mobile devices, about five years ago. On mobile it is a classic play-until-you-fail, watch-an-advert, rinse-and-repeat type of game. On the Nintendo Switch it is largely the same, excluding the ads. Kickerinho World adopts, and sticks to, a very traditional mobile gaming structure that can be found just about anywhere.

Kickerinho World is a ball-juggling game. The goal is pretty simple: keep the ball from touching the ground for as long as possible. You have a foot mapped to each trigger and when the ball is falling you click the appropriate trigger to keep things moving along. Once in a while the ball will go extra high, requiring you to head the ball, which requires using both triggers at the same time. Kickerinho World also offers touch controls, something I personally enjoy when I play handheld. The game isn’t quite as easy as it sounds though, since your timing needs to be spot on for it to work; otherwise, you drop the ball. It is not forgiving at all, so if there is a slight misjudgement you will be punished. 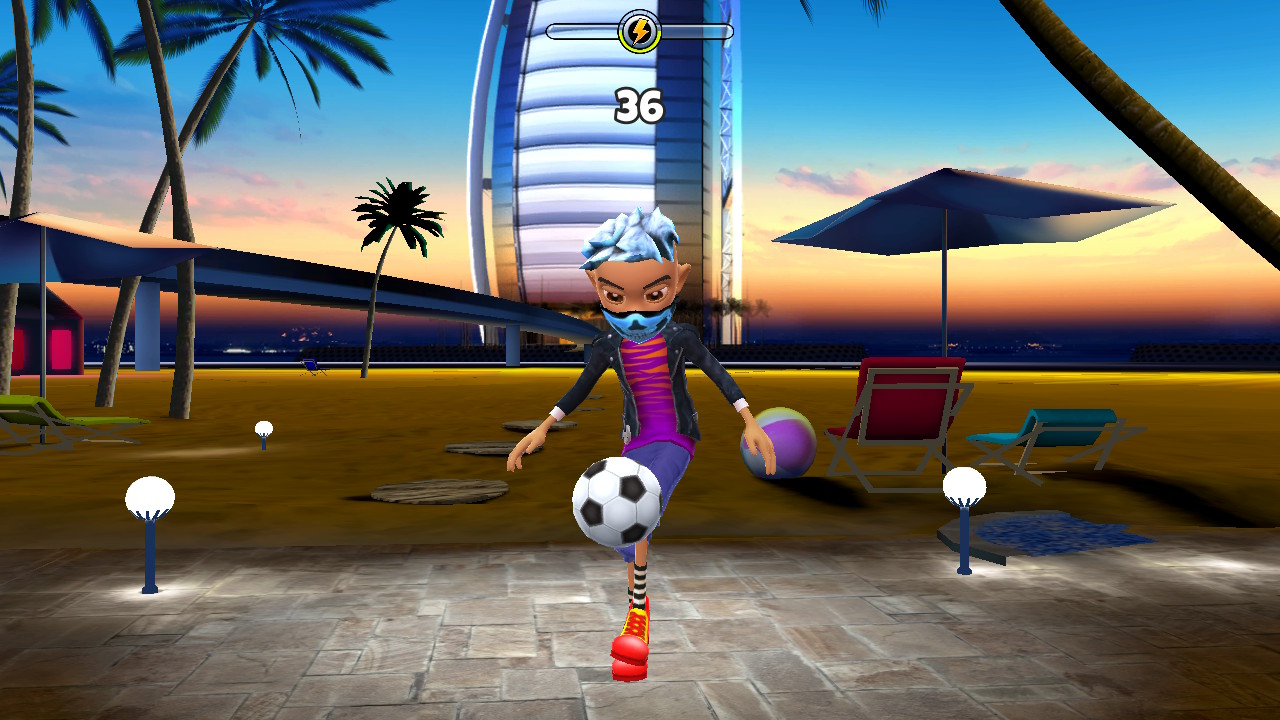 Like I said, this type of game can be found all over mobile app stores. The benefit to this kind of game being on the Switch is the lack of ads or microtransactions. However, that is sadly where the positives end. Many games have been ported to the Switch,  whether it’s to give them a new lease of life, they’re a beloved game, or they didn’t get the praise deserved the first time around. Kickerinho World, on the other hand, doesn’t fit into any of these categories.

When the game first fires up you can  choose your character, which is a nice touch. There are also customisation options, such as hair or gender. Coins collected along the way can be used to work towards new cosmetic items, allowing you to further customise your characters. It’s all pretty standard, but it’s quite the challenge to actually unlock some of the more expensive items. Kickerinho World also offers new locations and backgrounds for you to play in, but these are mostly uninspired and dull. They’re purely cosmetic. They’re also oddly quiet, failing to capture the busy atmosphere often found in cities. 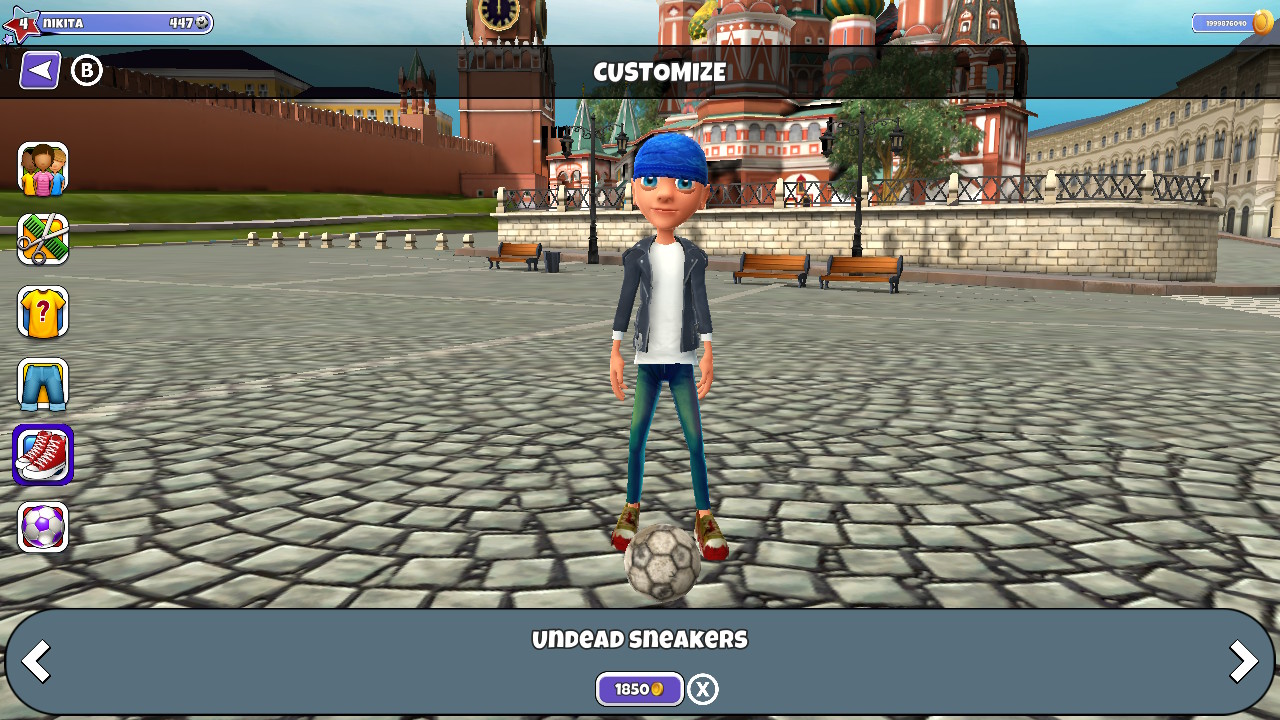 My advice for anybody who is interested in this game is to try the mobile version. It is much better suited to a quick couple games on your phone. If you really enjoy it, then buy it off the store once you’ve given it a go. It may be incredibly cheap, but this port is banal at best, lacking anything new or interesting to draw you in.

Ports from mobile games are often a risk. Sadly Kickerinho World is an example of a mobile game that was already on the right platform.