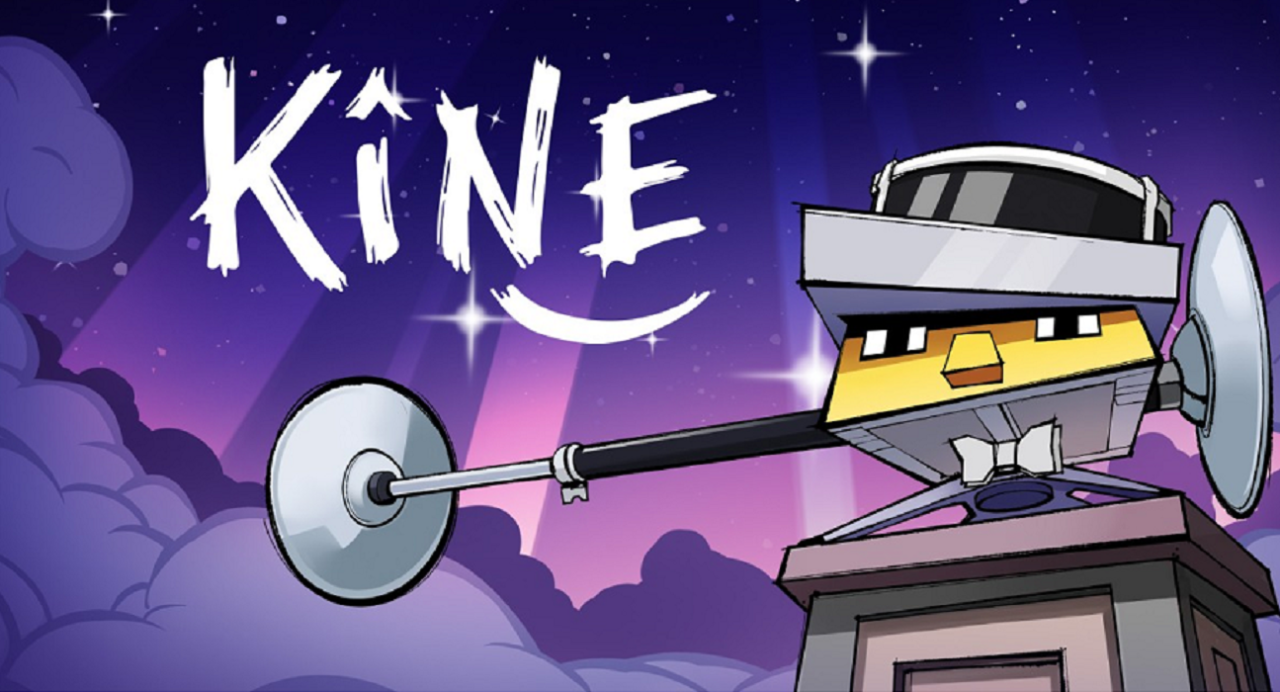 As soon as I saw the pictures on the eShop I had a feeling I was going to like Kine. It had a nice stylistic look to it, and the gameplay reminded me of Bloxorz, an old PC game I used to play quite often as a kid. So, did Kine live up to my expectations?

According to the eShop page, “Kine is a 3D narrative puzzle game about three daring machines that aspire to be musicians.” The stars are Quat, Roo, and Euler. Each machine is based on a different instrument, and the way they move is based on such.

Mastering their respective controls is key, especially for later levels. However, I had a really hard time doing this. The way the characters move never felt second nature to me, even by the end of the game. I found myself often just flipping out with buttons until my character was somehow in the right position to move ahead. Thankfully, the game does not penalize for making bad moves: if you move in a way that you’re going to fall off the stage, for instance, your character will just right itself back up, and if you move a character into a place it’s impossible for them to get out of (which you will; a lot) you can mercifully undo your move, and each and every move prior to it as well.

I have to give a lot of credit to the character design, and development. All the characters have their own personalities, and I loved seeing their dialogue before, during, and after each level. There were some stages that absolutely stumped me, one stage, in particular, had me stuck for literally an hour(!), yet I was motivated to work through so I could see what would happen next with the crew.

The soundtrack also deserves a lot of praise. The jazzy tunes are amazing, and I loved how in some cases the music would morph itself based on what was going on in the story, and how when you use a character, their respective instrument is added to the music. It’s little touches like these that really add to the charm.

Being a puzzle game though, replay value is questionable. Once you beat all of the over 130 unique puzzles, there isn’t anything to go back to. That being said, however, the game was a wonderful experience from beginning to end, and I can definitely see myself picking it up again in a year or so to relive it.

Which leads me to the problem. At $19.99, there really isn’t enough content to justify the cost. Yes, there are over 130 levels, but some of those can be beaten in mere seconds. I completed the game 100% within 24 hours after download, with a total playtime of around 5-6 hours (1 of which was me hopelessly stuck on that one puzzle). I absolutely loved the game, and give it a high recommendation, but not for $19.99. I’d say if it goes on sale for around $9.99, pick it up, and love it as I did.

An amazing experience from beginning to end, though there isn’t enough content to justify the $19.99 launch price. Wait for a sale, then definitely pick it up, and you won’t be sorry.