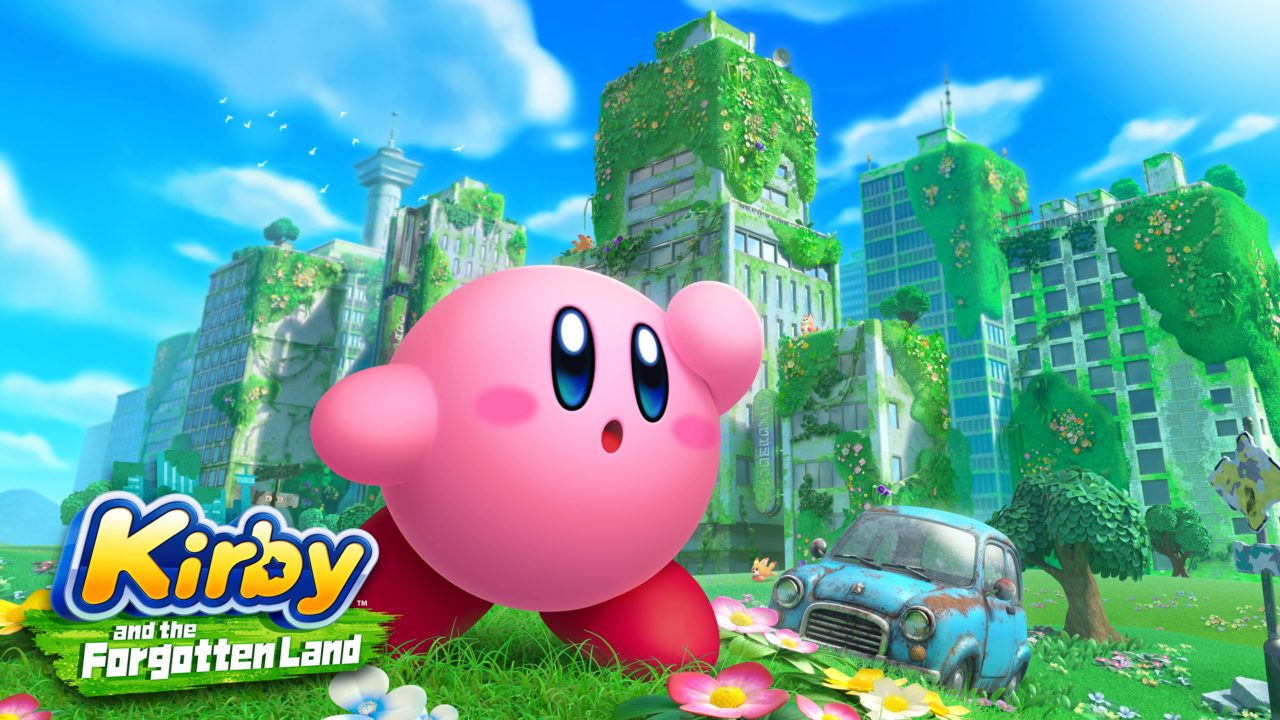 I have always had a soft spot for the Kirby franchise. While they might not be the most difficult games to play, Kirby always excelled at bursting with personality. It isn’t just colorful worlds, and wonderfully designed characters, that make Kirby burst with personality. It’s the way each and every level and every animation is designed. This personality bursting at the seams has never been more apparent than in Kirby and the Forgotten Land. The first foray into 3D for the Kirby franchise is easily one of the most well-designed, well-executed, and personality-bursting experiences I’ve played in quite some time. Kirby and the Forgotten Land is an absolute triumph for HAL Laboratory and an absolute must play for Nintendo Switch owners. 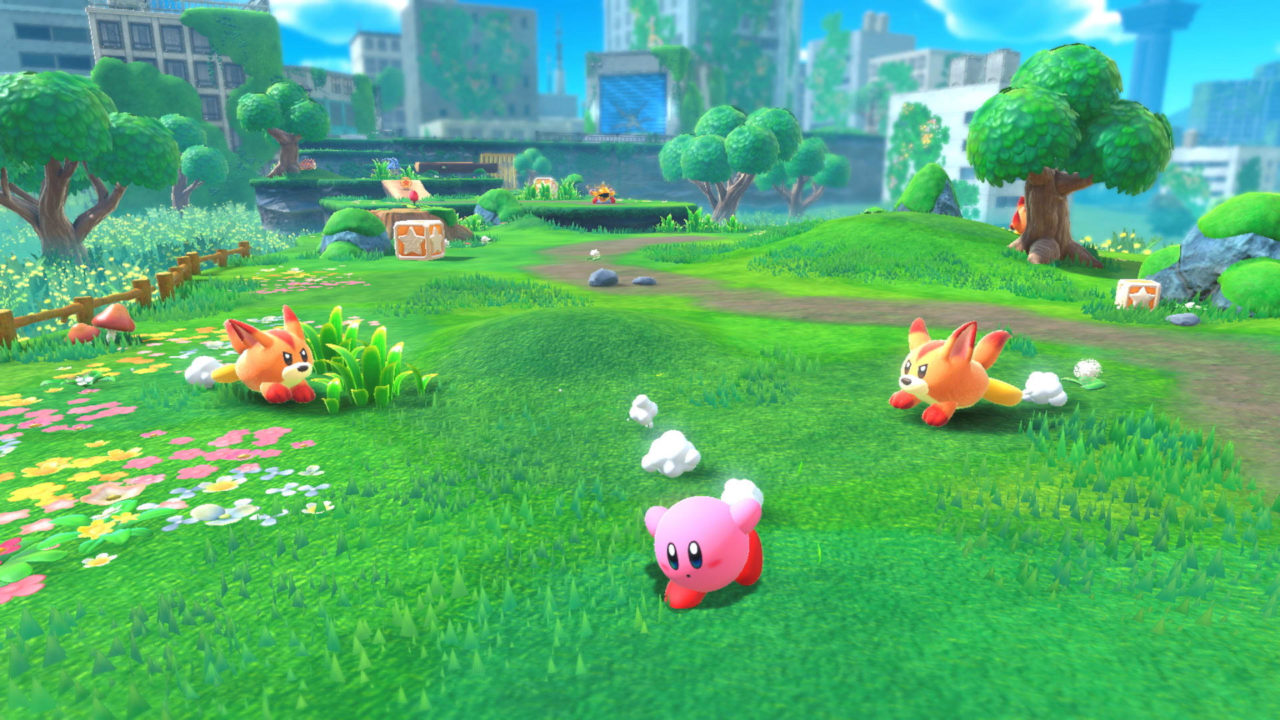 Kirby in the Forgotten Land immediately excels at making you feel good. Part of this has to do with its more simple take on 3D platforming, making challenges less, well, challenging. The simple act of moving around and interacting within a 3D environment is straightforward, which in turn makes you feel quite good controlling Kirby. At no point did I ever have an instance where I thought Kirby was doing his own thing without my control. This sometimes happens in 3D platformers, where the controls are not tight enough to truly make you feel in control. Fortunately, Kirby excels in this area, and if you read Nintendo‘s developer interview on the game, you know the developer spent a long time trying to perfect this feeling.

When you go into Kirby and the Forgotten Land, you’re getting a 3D platforming game more akin to Super Mario 3-D World than Super Mario Odyssey. While you do have these 3D environments to explore, much like Mario 3D World, these are more self-contained areas that you explore in 3D. This is by no means a bad thing as Kirby and the Forgotten Land does a great job at filling each area with unique enemies, puzzles, or other great elements.

It might be a more accessible game, but it does try to appeal to audiences expecting a little more challenge. This is mainly done through each level’s “challenges.“ Basically each level has a set of objectives, some known to you and others completely hidden, that you have to search for in order to 100% a level. This can be something as simple as eating four fruits hidden in a bush, to the more complicated ones, such as defeating a certain enemy with a specific ability without ever getting hit. Granted, these challenges don’t take Kirby to a massive difficulty spike level, but it’s an aspect of the game you can tell that was designed for those looking for something more in the Kirby game. 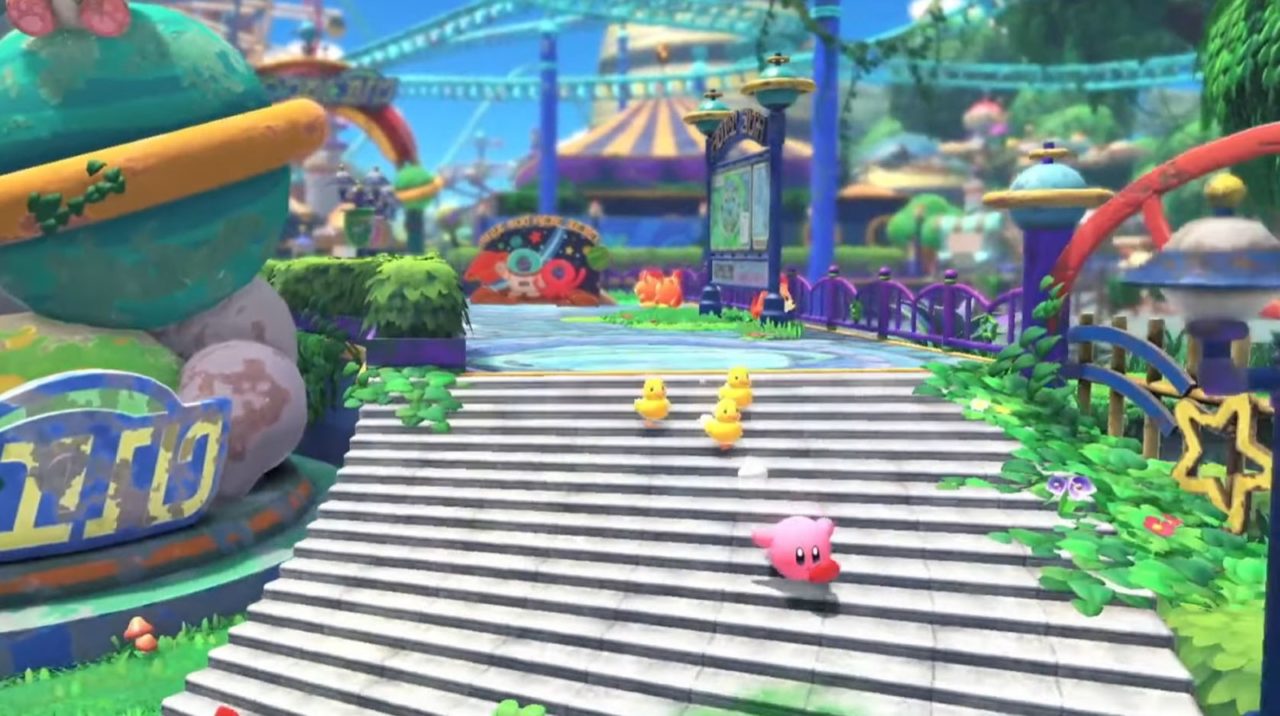 My biggest criticism of Kirby and the Forgotten Land has to do with its co-op mode. While you can play Kirby and the Forgotten Land in co-op with a friend, it feels like this mode was thrown in at the last minute. Despite being on screen with Kirby, the second player usually gets dragged along for the experience… Literally. The game is so focused on what Kirby is doing that if a second player goes too far away from Kirby, it automatically pulls them back to where Kirby is standing. 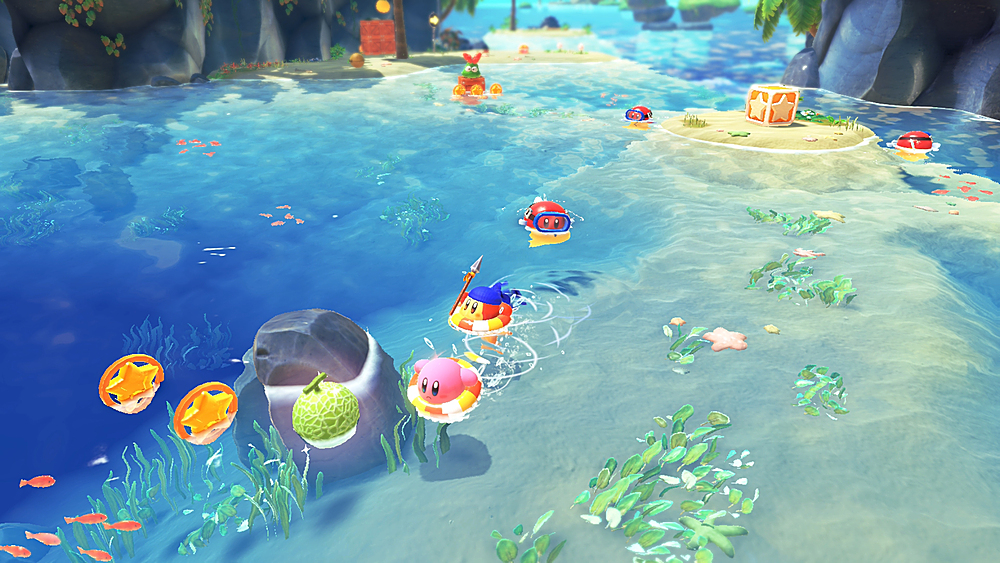