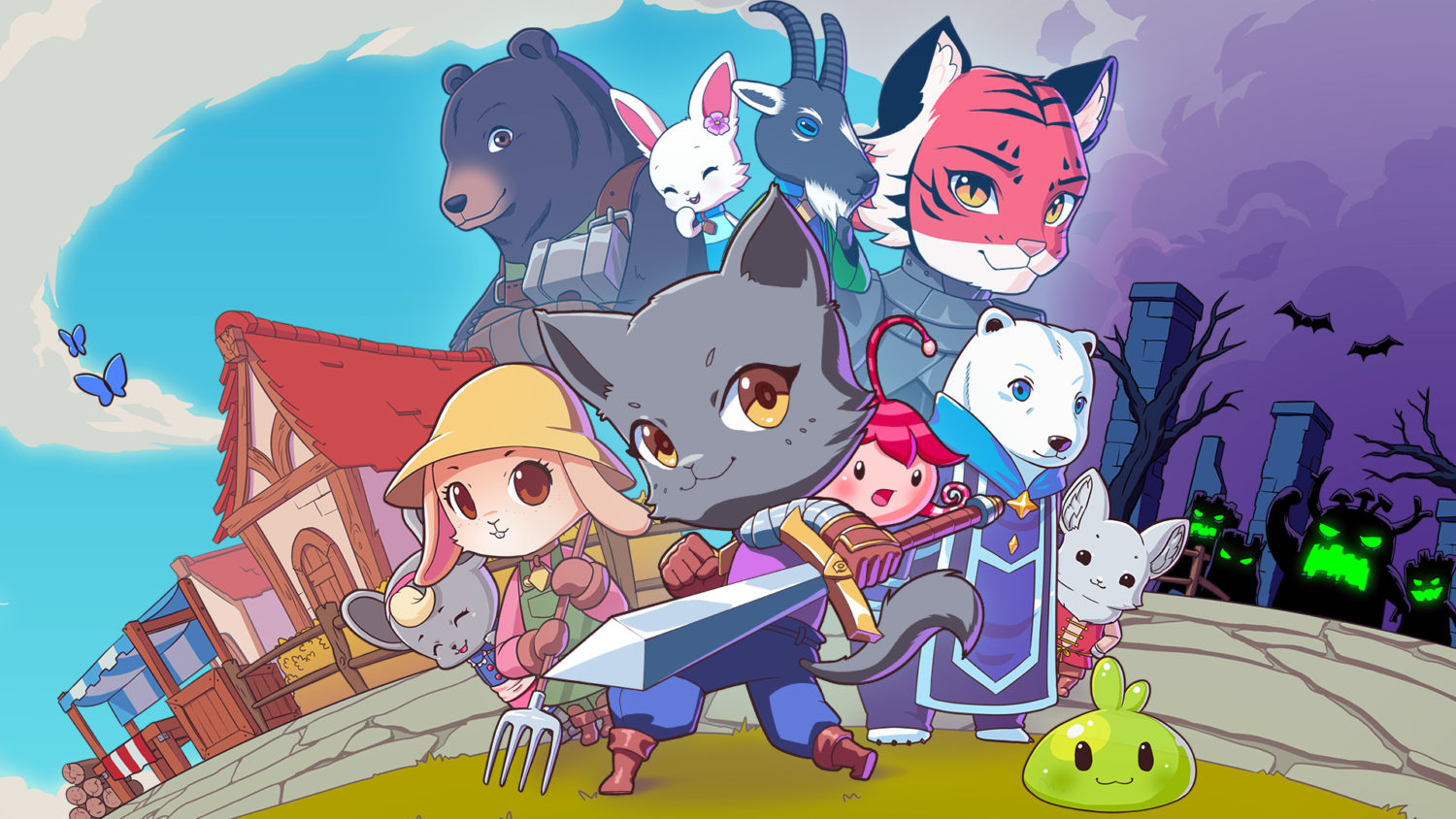 Kitaria Fables is a hard-to-put-down RPG in which you proect Paw Village and the rest of your little world against the Calamity and the monsters it affected. Playing as a cat named Nyanza, you’re in charge of fighting those monsters, while also farming, foraging, upgrading weapons, and learning spells and magic. All the while, you’ll be discovering the secrets of the Capital under which you work. With lots to do, lots to look at, and lots of cute animals to talk to, this game is definitely worth playing.

Starting out on a path leading you to Paw Village, you and your little pink friend, Macaron, notice a child in trouble and run over to help her. This introduces you to the fighting controls and techniques of the game, which start out super easy, as expected. After saving the little girl, you make it to Paw Village where you are greeted by Chief Oliver. He’s in charge of the town, and he thanks you for coming out to help protect his village against the monsters. 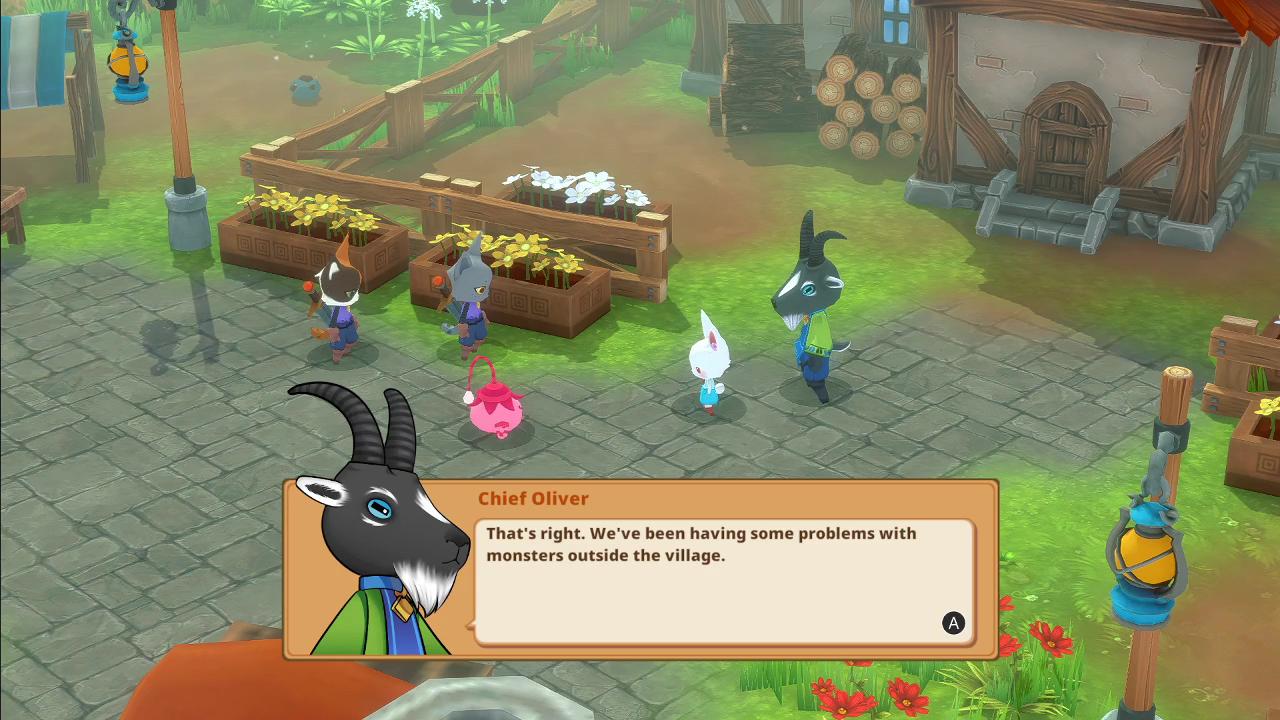 You get your first quest when a villager interrupts you and Chief, complaining of his lost bag. After this, you will get many other quests. Some of these are filler, but most allow you to learn more of this story bit by bit, such as the past and history of the Calamity, why the monsters have started acting up, and who you can or can’t trust in these troubling times.

Because of your duty to protect the town, you will do a lot of fighting in this game. The monsters range in difficulty, and will all drop loot. Some items are more rare than others, depending on the monster and how hard it is to defeat. There are also small bosses in each new climate or area. These take longer to fight, but the more you upgrade your tools, the easier your foes will be to defeat. You can upgrade your tools with the loot you collect from these monsters, and also sell the materials to help pay for the upgrades. Your character can get stronger by upgrading your armor just as your tools, but also through magic. To start your magical journey, you will talk to Sage Alby, a polar bear who used to be friends with your deceased uncle, as well as a soldier of your capital. He will have a cauldron in his home which you can use to learn new spells using different spheres you’ll collect throughout the game. There are four magic elements: fire, wind, water, and earth. 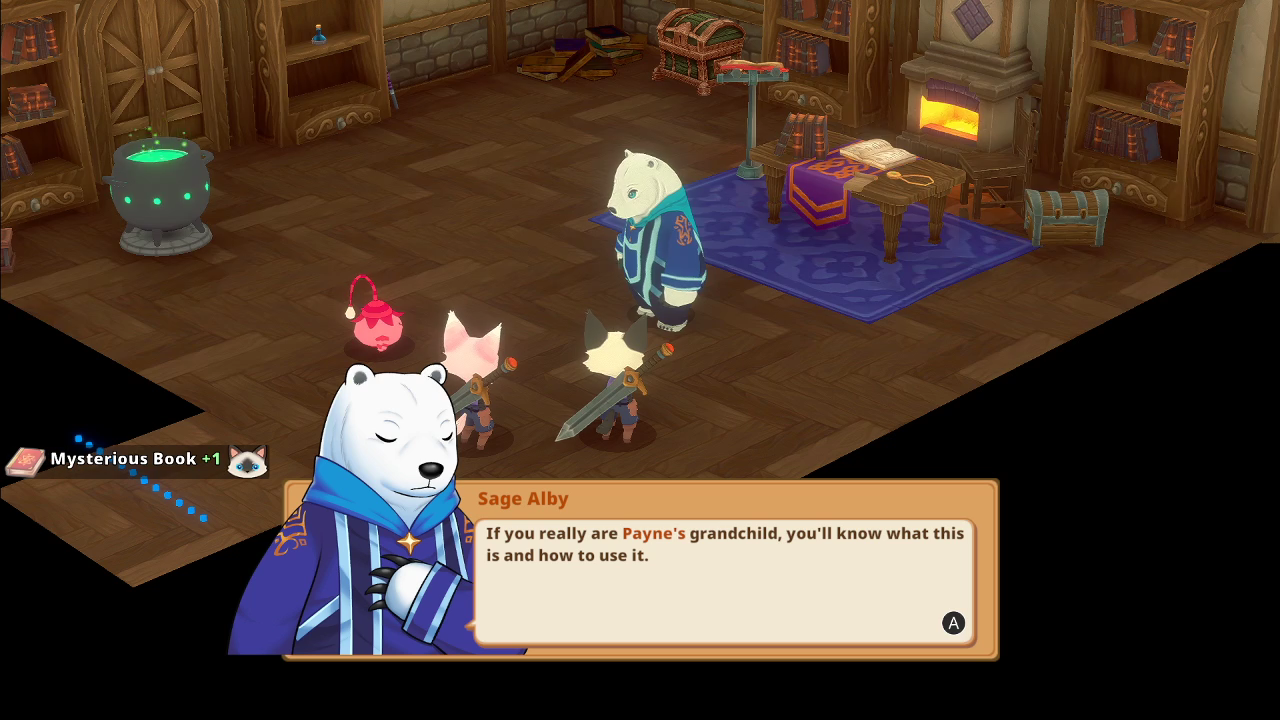 While armoring up and getting stronger is super important when fighting these monsters, so is maintaining your health, which can be done through eating certain foods. Some monsters drop these foods, and some chests contain them, but the main way to get good, regerative food is by farming and using those ingredients to buy actual meals. Farming is very easy, and is done a lot like other farming RPGs such as Stardew Valley. You will need to buy seeds from a shop, then plant them, water them for a couple days, then harvest them, all with tools you are given in the beginning of the game. These tools are also upgradable. A key element to upgrading tools is collecting materials like stone, ores, and wood which can also be done with the default toolset. Rocks, ores, and stone are found all throughout the map.

Since there is a lot to do in this game, you would think controls would be a bit difficult, but everything is pretty simple. You have your basic A, B, X, and Y controls for using your tools, fighting, interacting with people, and jumping. To change tools, you can use a shortcut option in your inventory, accessed by X, so you can easily switch between four tools at once with the plus pad. You move around with the Joy-Con stick and access the menu with +. The visuals in this game are super pretty. While the animation could be a bit smoother, the different creatures you encounter, as well as the different areas to explore, are all interesting. You can also customize your character to a certain point by changing the breed of your cat, and choosing which armor/clothing to wear.

The music was also really good, and I did find its tune stuck in my head a couple times.

Though there were a couple times in the game where I found myself stuck in one spot, and unable to continue until I upgraded my tools and got stronger, I otherwise found no reason to dislike this game. It wasn’t too difficult, but also wasn’t too easy. There’s always something to do, and it’ll keep you entertained throughout. Even better, all of this can be done via local co-op. Aren’t all adventures better when shared with a friend?

Kitaria Fables is an incredibly fun RPG that combines the exploration and fighting style of Zelda with the farming and village gameplay of Stardew Valley and the cute animal characters of Animal Crossing. I played this for hours at a time, unable to put it down.