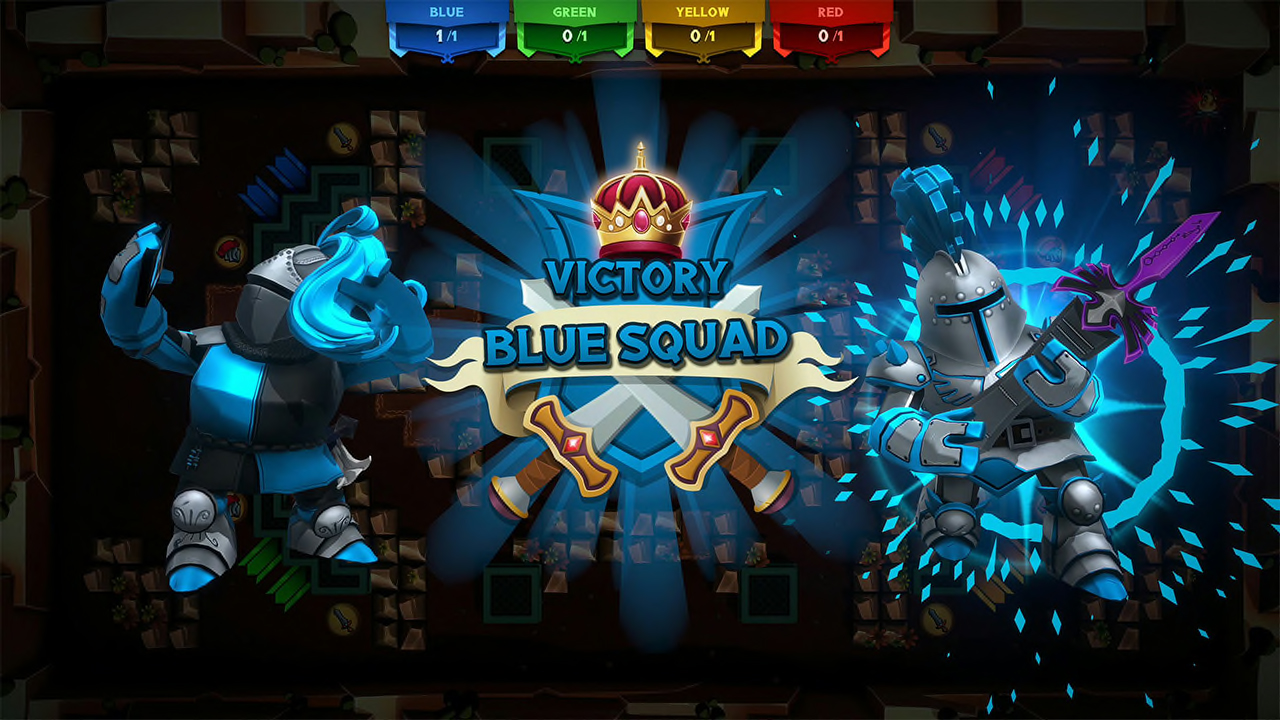 The original Knight Squad was one of the more pleasant surprises in my review list last year. A multiplayer party game for up to 8 players, it offered numerous ways for combatants to compete for glory. There were variations of soccer, capture the flag, king of the hill, and many others, all enhanced with plenty of medieval weaponry.

Missing from that release was online multiplayer, so you either had to cram seven other players into your gaming room, or you had to play with AI bots. Knight Squad 2 finally brings online capabilities to the game, but is it worth a new release as opposed to an upgrade to the original? Before I answer that, let’s recap what the game is and consider the other new features.

Knight Squad 2 is a top-down action party game that gives you 13 different, chaotic ways to claim dominance. There is no story to get things moving, you just hand a Joy-Con to anyone in the room and start playing. Each player can pick his or her knightly avatar (barely distinguishable by color), which now have to be unlocked. Teams are chosen, and you then select your game or let the computer select for you. The options are surprisingly diverse, and include new selections such as Push the Payload and Minion Master. 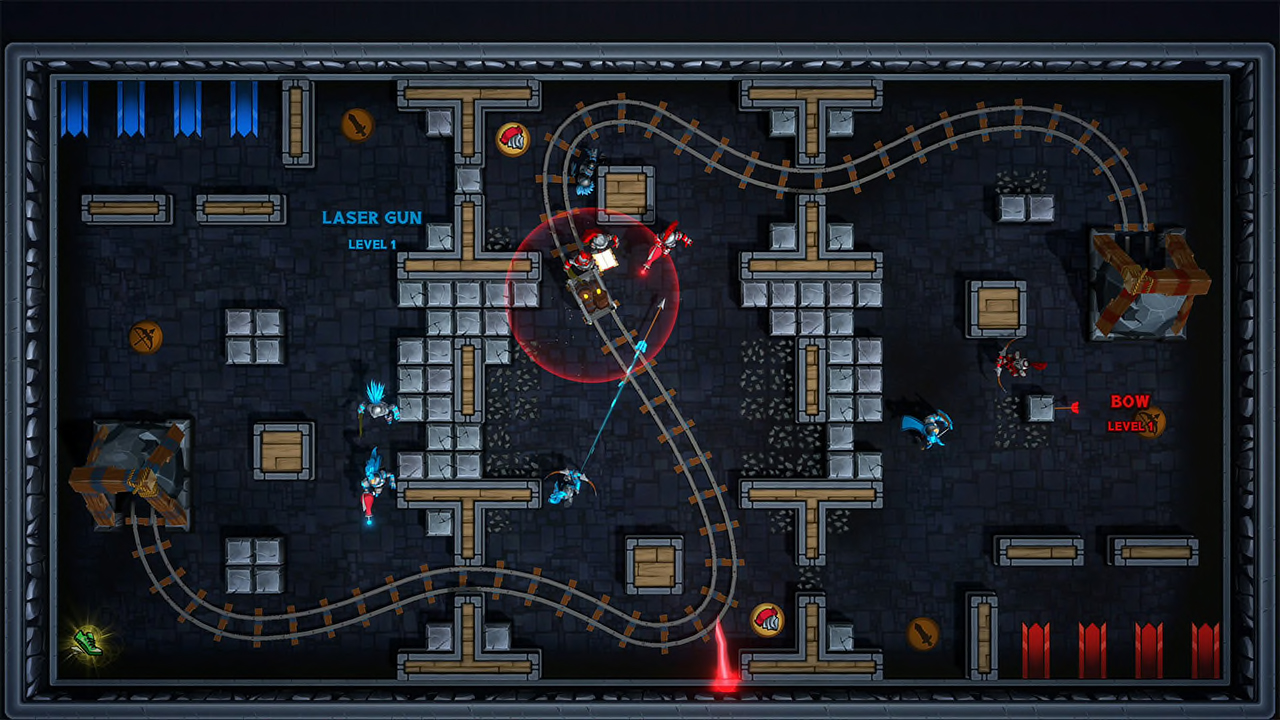 No matter which option you choose, there will be a crazy number of power-ups to keep things fresh. Various weapons and defensive items are acquired by simply stepping on them, and you’ll quickly determine which are your favorite. Some are OP, but show up infrequently. Others are better for certain roles. For example, the ranged weapons are great if you’re playing defense in Capture the Grail and want to take out enemies before they get close. A long sword or protective barrier, on the other hand, will be more helpful if you’re the one charging the enemy’s base to take the flag. 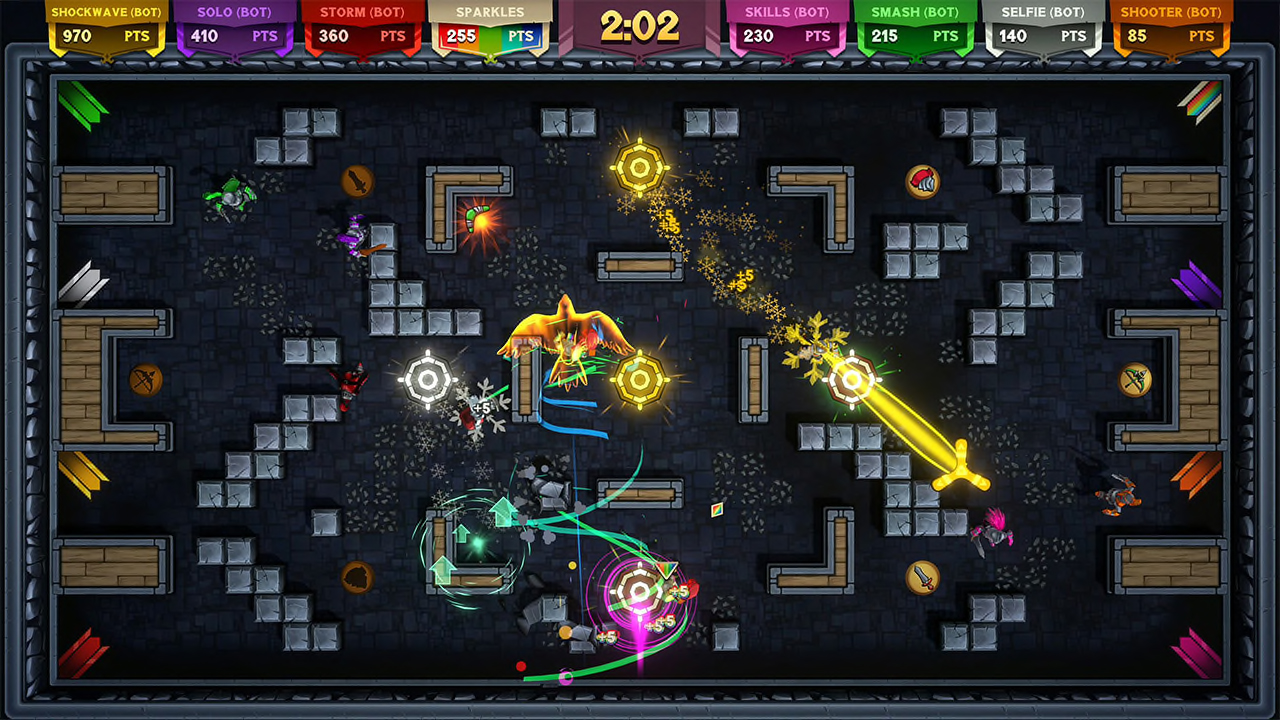 One excellent addition to Knight Squad 2 is the ability to deploy a shield. The inability to defend yourself in the original meant that whoever had the best (or longest) weapon won the skirmish. Now, proper use of your shield means it’s easier to survive attacks. This allows your life and/or death to be determined a bit more by skill and a bit less by luck.

As before, death isn’t the end of the game; you simply respawn on your personal banner somewhere on the map. I still found it quite difficult to keep an eye on my particular player; it’s very easy to lose track of the simple color difference between combatants. But maybe that’s part of the fun. I can’t tell you how many times I thought I was doing quite well only to realize my character had died and respawned and was running in a circle on top of his banner.

The enhanced graphics of Knight Squad 2 help to alleviate this issue a little. They’re smoother than before, and look less retro. More importantly, they have more depth. This at least helps you determine which objects can be crossed over and which ones can’t. 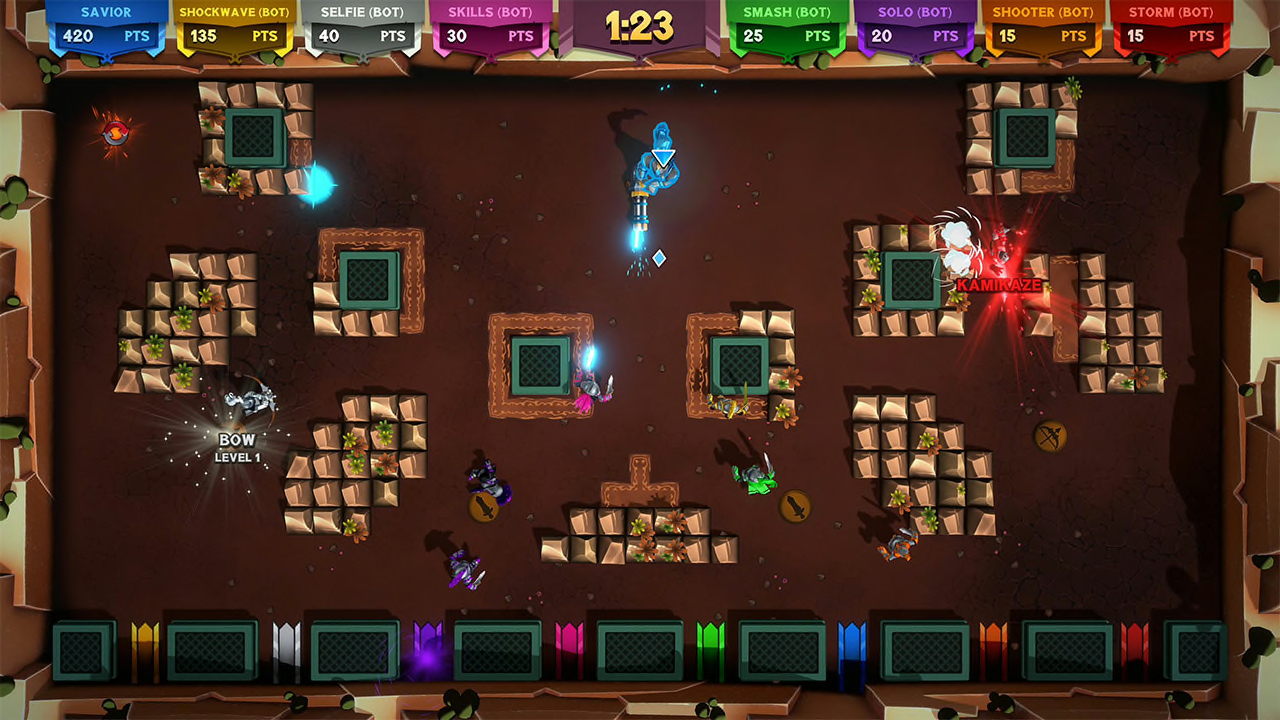 On the other hand, the animations are even more frantic than before, increasing the overall sense of confusion. With eight players firing projectiles and setting off massive explosions, chaos will reign supreme. It’s simultaneously exhilarating and frustrating. Thankfully, there are no framerate issues to add to that frustration.

A lot of the fun comes from initially playing through the various game modes and discovering the nuances and features of each. That means it’s an absolute joy at the start, but the fun does wear off a bit after a couple weeks of gameplay. At that point, the best moments come when you’re able to share Knight Squad 2 with someone new. Online multiplayer doesn’t really address that since you’re not in the room playing with your team or opponents. For those who take their combat seriously, however, this much-needed feature will greatly enhance the game’s lifespan. These games simply aren’t fun to play by yourself, so being able to fight others online makes Knight Squad 2 a title you can fire up even when you’re alone. Even better, it’s cross-platform, so it’s not hard to find opponents/teammates. 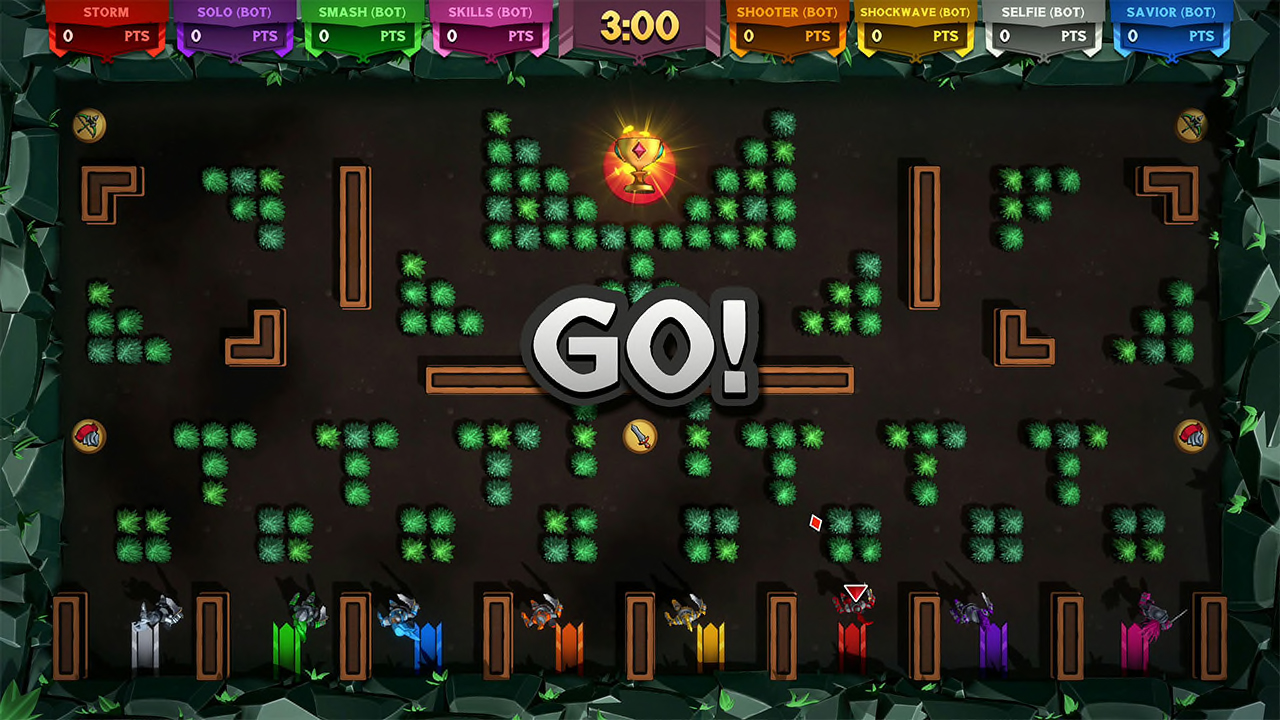 I still think I would have liked to see online multiplayer added as a feature in the original Knight Squad as opposed to being rolled out in a new game that requires another $15.00 purchase. If you didn’t try the original, however, both versions cost the same amount in the eShop, making Knight Squad 2 the no-brainer choice.

Knight Squad 2 improves upon the original with new features, a nice layer of visual polish, and a much-needed online multiplayer component. The arcade party action is otherwise the same as in the original, however, which could disappoint those who have to buy the game again to get these enhancements.