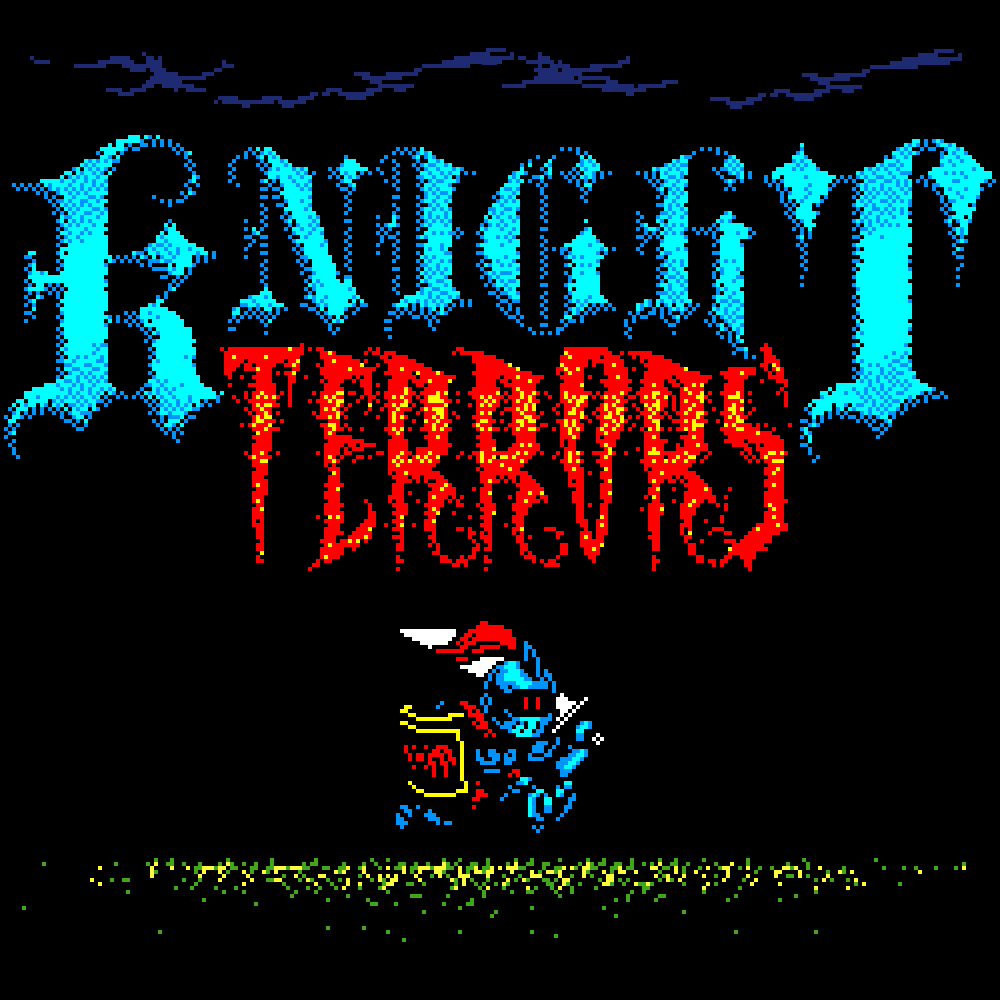 Firstly, it’s extremely cheap at only $2.99. Even the cheapest game isn’t worth buying if it’s not fun to play; thankfully, Knight Terrors has a few elements that will keep you coming back for more.

The game has a fair amount of variety, consisting of five modes. Each is unlocked by achieving a specific goal in the previous one, like reaching a certain level or accruing a number of points. The modes are all variants of the same endless runner formula, but highlight different aspects to change things up a little. The first is simply dubbed “Normal” mode, and serves as the game’s tutorial. It sees you jumping over spikes and slashing your way through enemies. You can only miss three enemies before it’s game over; walking zombies are easy, but flaming skulls that zigzag their way across the screen are tougher. Once you collect a certain amount of points, you level up, which resets your enemy count. You also have three hearts, so three hits and you’re out. 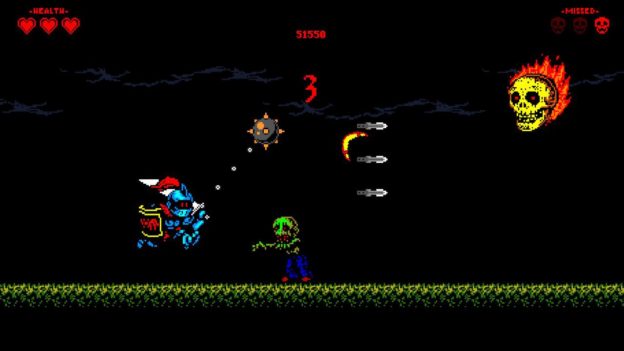 Other variants include a flight mode, where the ground is spiky and pressing the jump button repeatedly keeps you flying between spiky obstacles. There’s no enemy count here, thankfully, and it was after unlocking this level that I found myself starting to enjoy the game a little more. There’s also a shooter one called K Type, where you throw knives while in flight, and another variant that’s much like the first mode, but without levels.

Knight Terrors isn’t perfect, and first impressions aren’t great. For one thing, it suffers from slow loading times for such a simple game. Each time you retry a level you’ll have to wait over ten seconds for the procedurally generated level to load, which goes a little against the concept of a speedy runner in which you’re looking to enjoy short bursts of play.

The simple, grainy graphics won’t be to everyone’s taste either. They’re very much retro, with a basic black background dotted with zombies, flaming skulls, large purple bats, and – oddly – aliens in flying saucers. Any one of these characters would look right at home on the cover of a Rob Zombie album. 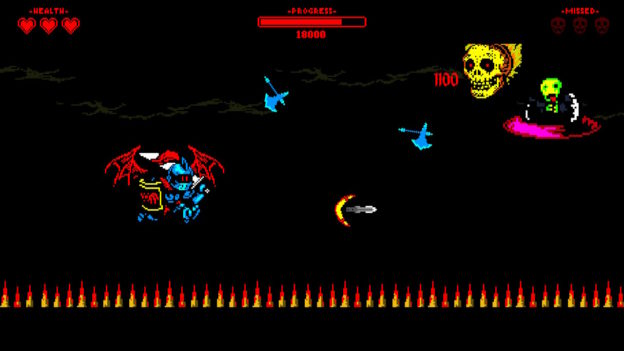 On the plus side, the controls are extremely simple – there are only two moves, jump and attack, since your knight will automatically run from left to right. You can perform the moves via the L and R shoulder buttons, or the D-pad; I found the D-pad easier. Jumping repeatedly allows you to fly, which is a little tricky to pull off gracefully, but works well enough for the most part.

There are also plenty of unlockable weapons, achieved by reaching point goals. You’ll soon have access to new weapons – like an axe or boomerang – and even replenishable hearts. Once unlocked, these are thrown into the game randomly for you collect as you run. You’ll lose them again once hit, but they help with the increasing difficulty as you get further and further through each level.

All told, Knight Terrors is an endless runner that offers a good amount of content and replayability for its small price. Fans of the genre should definitely consider picking this one up.

Knight Terrors is a decent endless runner, though the very low price makes it easier to recommend. For $2.99, if you’re into the genre, give it a go.