This review was written by PN contributor, Kirac.

This game series features the titular Kutar, who is both memorable and simple like his games. The Kutar series consists of ten games, all of which have excellent music and graphics. The gameplay is simple and becomes more challenging the longer you play. 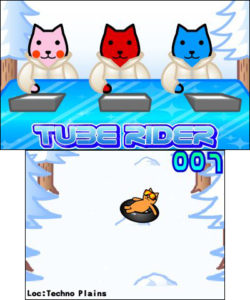 Kutar Tube Rider is the game I found to be the most addictive. All you do is bounce on little hills as you sled with Kutar on his snow tube down a mountain. The controls are a bit touchy and it may not be the most original concept, but overall I found this game to be enjoyable. Buy

A nice casual game to play is Kutar Apple, where you move back and forth to collect apples that fall from a tree but avoid poisonous mushrooms. I liked how you can bounce apples on your head to get more points, but also found the basket too small making it harder to gather the apples. Buy 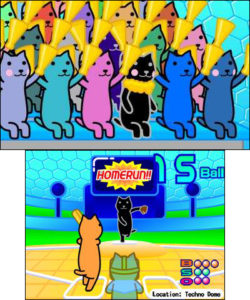 Next up to bat is Kutar Magic Ball; a batting game that involves speed and quick reflexes. To play, simply tap the ball the pitcher throws once it comes into focus. Once you do, Kutar will hit a homerun. I found that my enjoyment increased when more baseballs were thrown at you later on. Maybe

Then there’s Kutar Quiz. In this game, you have to answer questions before the other Kutar does. This is a game all about how quick you can read and answer the question. However, there are only a few questions that cycle through, which makes it easier when the game goes faster, but repetitive as you keep on playing. Maybe 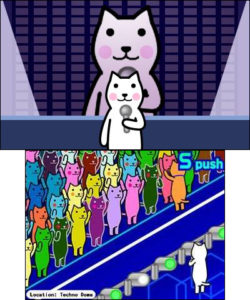 I felt the hardest game overall was Kutar Concert Staff, and what you do is stop the lines of Kutar that are moving forward by pushing them back before they crowd the stage. I really didn’t like how the lines aren’t very noticeable when they move and I also didn’t like how sometimes they will trick you by going forward then back. Don’t Buy

The dullest one in the series to me is Kutar Ski Lift. All you have to do is get Kutar to sit on a ski lift in time. Not only is the gameplay boring, but the concept of just making Kutar sit multiple times made it more of a chore than a game to me. Don’t Buy 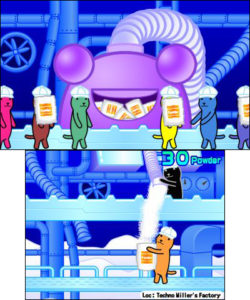 Kutar Powder Factory is simple and fun, just follow the trail of powder and try to catch it all in your bag. I liked how after a while the powder stops, giving you a break, and then starts again. As much as I enjoyed it, I wouldn’t be inclined to play it again after I lose. Maybe

One of my favorites is Kutar Burger Factory, which has you complete burgers by putting the bun on top. However, sometimes the Kutar before you forgets to put on the patty. When that happens, you pass the bun back to him. I personally really liked this game as well as its simple concept. Buy 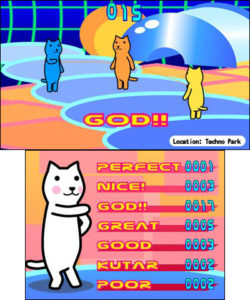 I had a few issues with Kutar Jump Rope. I found the rope to be not only thin but the same color as Kutar. This made it very hard to figure out when to jump, so whenever Kutar lost I didn’t feel like it was my fault. This game had more problems than not, so I’d give this one a skip. Don’t Buy

I didn’t expect Kutar End Credits to be an actual game when I downloaded it, but once I played it, I really liked it! You ride a motorcycle with Kutar and dodge gunpowder along the way. The music is energizing and will get stuck in your head. There are also some funny random lyrics that show up at the bottom of the screen. This game is probably the most memorable in the series and I would highly recommend it. Buy

Overall, I enjoyed the Kutar series’ charm, upbeat catchy music, and simplicity; as well as the character’s deadpan expression, which adds humor and distinctiveness. This is an addictive little series that only costs 99 cents per game and is worth taking a look at.