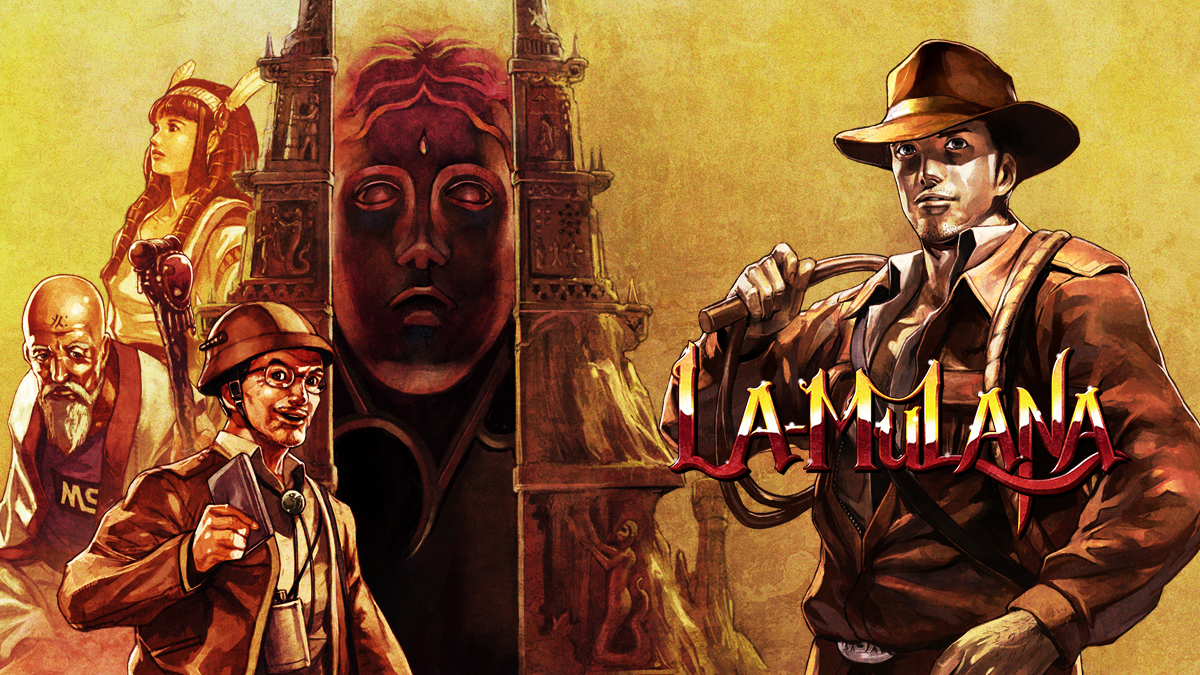 Cue the Indiana Jones music and grab that leather jacket and Whip!

LA-MULANA was originally released for PC in Japan in 2005. It was geared to resemble the games of the old MSX machine of the ’80s. It was later completely reworked and ported to the Wii in a more 16-bit style. Now ported again to the Switch, it looks from my research like a direct port of the Wii.

You are Lemeza, a whip and pistol-wielding Indiana Jones clone exploring the ruins of LA-MULANA. The game is platform-based, similar to classic games like Super Pitfall (NES), or Montezuma’s Revenge (Sega Master System) from the 8 and 16-bit era. While far better in the graphics and sound department compared to the games previously mentioned, LA-MULANA has all the cheap shots and perfectly placed enemies to be just as difficult as the rest. 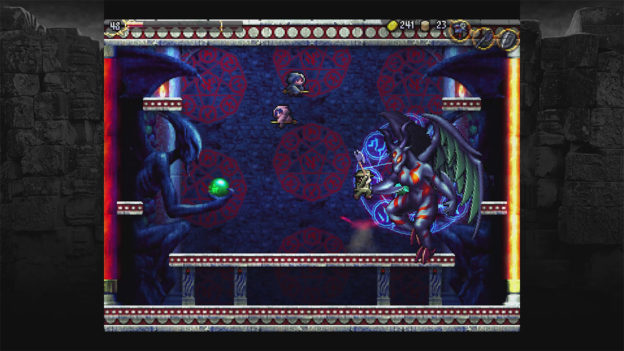 You can jump to the next screen and land on an enemy, or get hit and bounced around incessantly. Take that and add clunky controls and a cheap knockback mechanic, and you have a seriously frustrating experience. Why do I say the controls are clunky? Well, when moving you can jump at an angle. However, you can only jump straight up when at a stop, making you wait till you hit the apex of the jump before giving some control to move right or left. Sometimes, you get a bit of button input lag, causing you to run off a ledge.

Another frustrating thing that adds to the difficulty of the game is you have to climb out of the temple and then make your way past the village through more enemies to get to the hot spring to heal. You do find an item that allows you to warp, but that’s not until later. LA-MULANA really takes you back in time to the days when you had to wait for the latest issue of Nintendo Power for tips and tricks to figure out how to beat certain areas. The game doesn’t give any real direction to what you need to accomplish. What it does do is give you a huge map to explore with each room having some vague clues as to what you need to do. 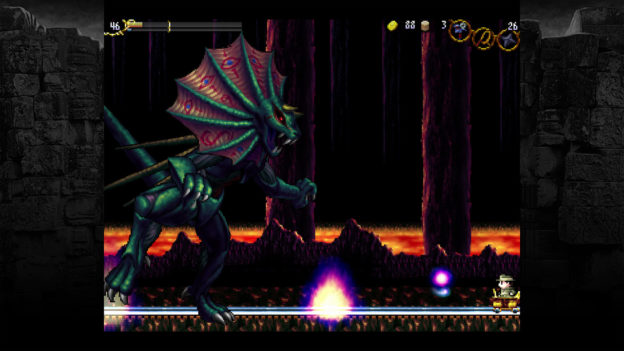 I know I’ve pointed out some negative things, but I urge gamers to try LA-MULANA. The aggravating gameplay has a certain nostalgia to it. It brings me back again to my days of playing NES games that pushed you hard to want to beat the game or scream “the game cheats” and chuck your controller across the room in a fit of nerd rage. The cheese factor comes in when the village chief starts sending emails asking you why you haven’t visited! 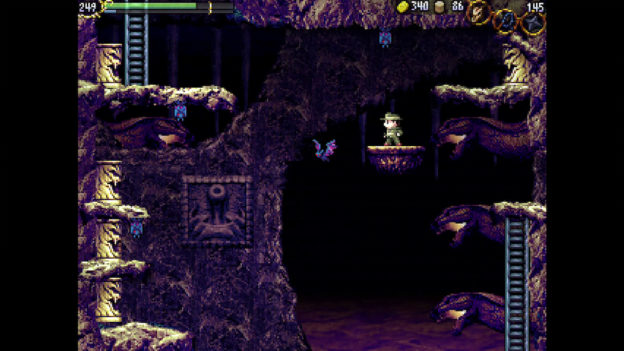 LA-MULANA has some cool power-ups like a shield and a scanner that, when you install special software on your laptop (in-game), you can decipher the ancient text on stone tablets and scan the remains of previous explorers to get clues.

With the variety of weapons and power-ups, I can’t say the game is boring. It is fun and very challenging. The frustrating controls didn’t detract from the overall gameplay or sour my overall impressions. 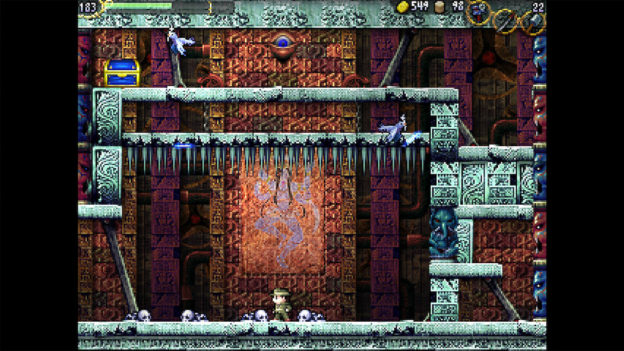 No, I didn’t chuck my controller as I’ve grown up. However, I still say the game cheats. That aside, LA-MULANA has a ton of playability as you try to find hidden shops and solve the puzzles. It is not the best game on the Switch, but it is a lot of fun. It would be a shame to pass up this little hidden gem.

No, I didn’t chuck my controller as I’ve grown up. However, I still say the game cheats. That aside, LA-MULANA has a ton of playability as you try to find hidden shops and solve the puzzles. It is not the best game on the Switch, but it is a lot of fun. It would be a shame to pass up this little hidden gem.