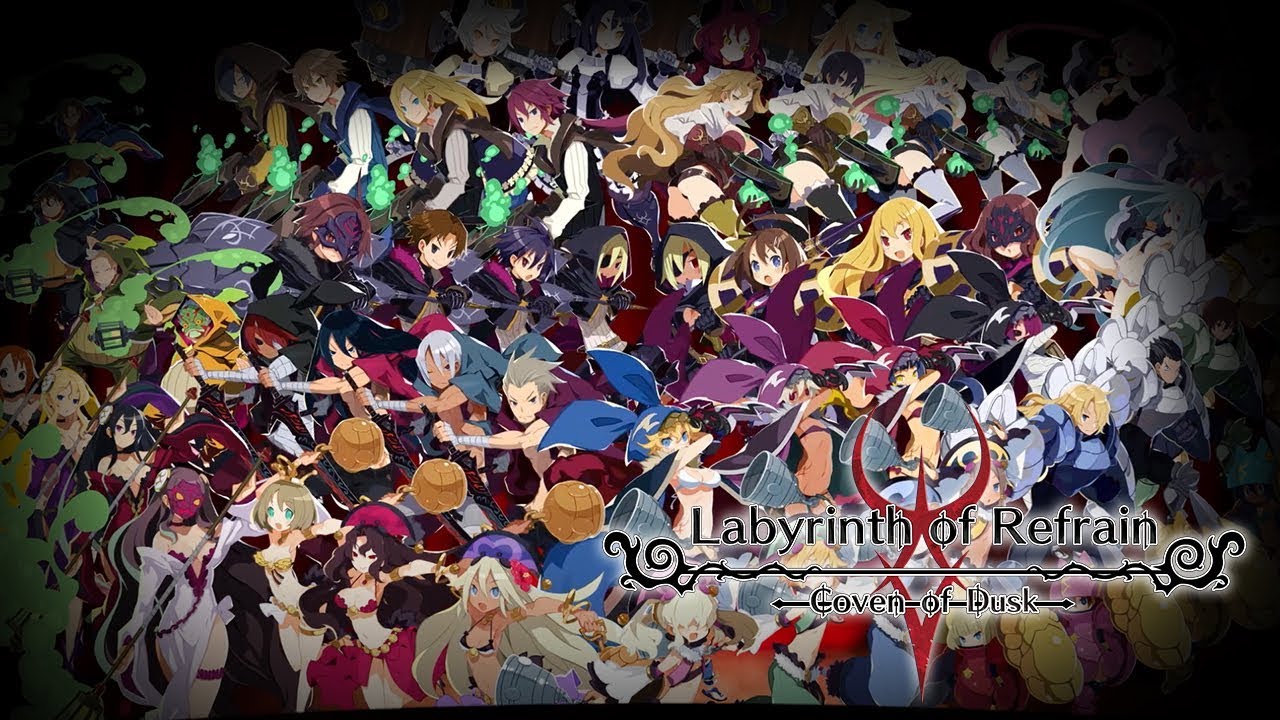 If ever there was a game that clearly indicates developers are moving from the Nintendo 3DS to the Nintendo Switch, it’s Labyrinth of Refrain: Coven of Dusk. In appearance and gameplay, this title from Nippon Ichi has DS written all over it. Not so with thematic content, however. Within the first hour, we’re presented with a leering drunk, borderline child abuse, cruelty to animals, and a one-eyed lesbian nun. 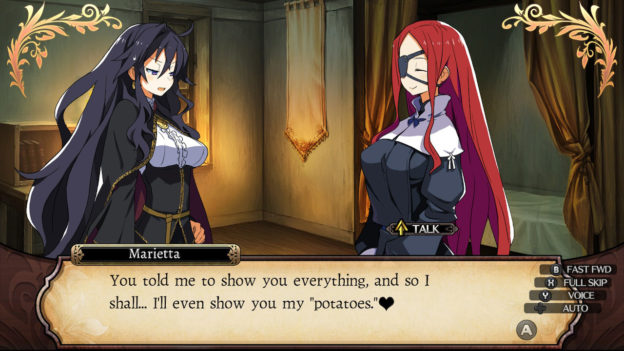 The story gets pretty dark, too, but it’s all wrapped in a colorful, lighthearted package that is, for the most part, much more engrossing than I expected at the onset.

Labyrinth of Refrain centers around a witch named Dronya. She is not a good person (she’s a witch, as she helpfully points out). She is selfish and usually pretty cruel to everyone around her, including a young girl named Luca (who has a voice so awful that you’ll run screaming for the Japanese voiceover setting). Hired by the mayor of Refrain to explore a labyrinth beneath the city, Dronya does so for reasons that she doesn’t reveal to him. The problem is that the miasma within the labyrinth is deadly to humans, so she can’t actually enter herself. Instead, she uses a living book called the Tractatus de Monstrum and covens of souls attached to puppets (or dolls) to do the dirty work.

This presents a problem unique to this game. The story mostly takes place above the labyrinth. The action all takes place below. As such, there’s a disconnect with the core gameplay. The puppets really amount to nothing more than facial avatars and brief battle animations. 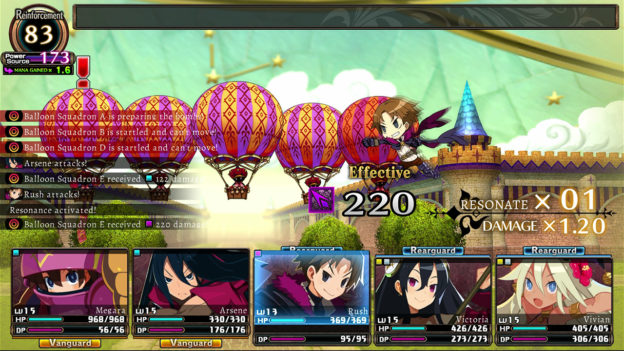 This makes it hard to care about the people you take into battle. You’re not really rewarded for exploring and winning fights until you head back up out of the labyrinth, and you can destroy the puppets and create new ones at any time.

That said, exploring is pretty fun. You move through the labyrinth in squares: forward, left, right or backward. Each step maps out more of the labyrinth, which you can see in a small window in the upper right or in its entirety by stopping to view the map. On a DS, I imagine this map would’ve been drawn in real time on the lower screen. You can view enemies as you progress, and chose to either engage them or try to avoid them.

Battles are turn-based. You get limitless attacks with your basic weapon or you can use donum for magic attacks, but that can run out. 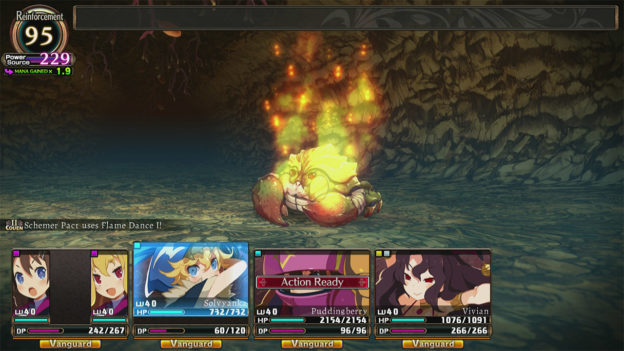 And as you’d expect, puppet customization gets very deep and complex. Each puppet is assigned to a coven, and each coven can have multiple puppets in both main and support roles. You assign their weapons and armor, dictate where they stand (vanguard or rearguard), and tell them what do in battle (attack, defend, heal, etc.). Just when you think you’ve got a handle on the battle system, Labyrinth of Refrain will throw a new wrinkle into the mix. For instance, placing a coven in the front or the back of the line offers minimal perks in the beginning, but becomes a major strategic element once you learn formations that greatly affect how the whole team functions. 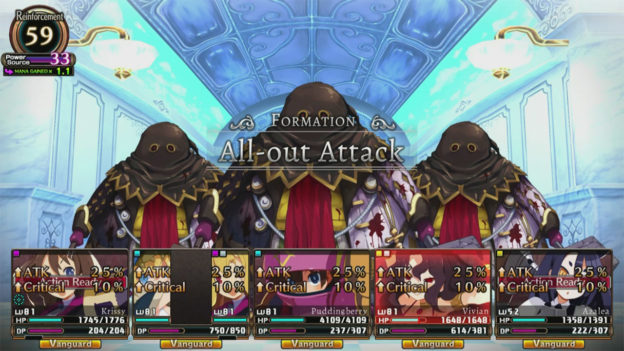 Even how you acquire experience and mana eventually becomes a strategic element, as you can either accept it right after a battle or stockpile it for later. Stockpiling it adds bonuses when you finally do accept it, but you risk losing it if you fall in battle or flee the labyrinth by any means other than a door. This may happen because, in addition to being knocked out, the puppets can be damaged in ways that hinder their effectiveness in combat. Repairing them requires a trip back to your base, and if you have to use the secondary methods of escape, you will be penalized.

Exploration can get tiresome, especially at the points when the game doesn’t really give you an objective. “Explore more of the labyrinth,” isn’t really a lot to go on when you don’t know if you should be going deeper in the current area or to another area you’ve just discovered. The only way to find out is to go, and if the enemies are extremely tough you’re likely in the wrong place. Even then, the game eventually gives you the ability to move undetected so you can bypass strong enemies. As such, you can meander pretty much anywhere and not get any closer to the next event.

Despite its issues, I mostly enjoyed my time with Labyrinth of Refrain: Coven of Dusk. I would’ve been happier if the game made its objectives clearer and if the puppet customization provided more assistance with optimization (I made it through the whole game without ever knowing whether my coven setups were actually any good), but the labyrinth exploration was pretty engrossing. I also enjoyed the story’s dark sense of humor that was nicely offset by the playful graphics and bouncy music.

If you’re looking for a quality turn-based JRPG that plays well on your TV and on the go, Labyrinth of Refrain: Coven of Dusk is it.

Just make sure you keep it away from the kids.