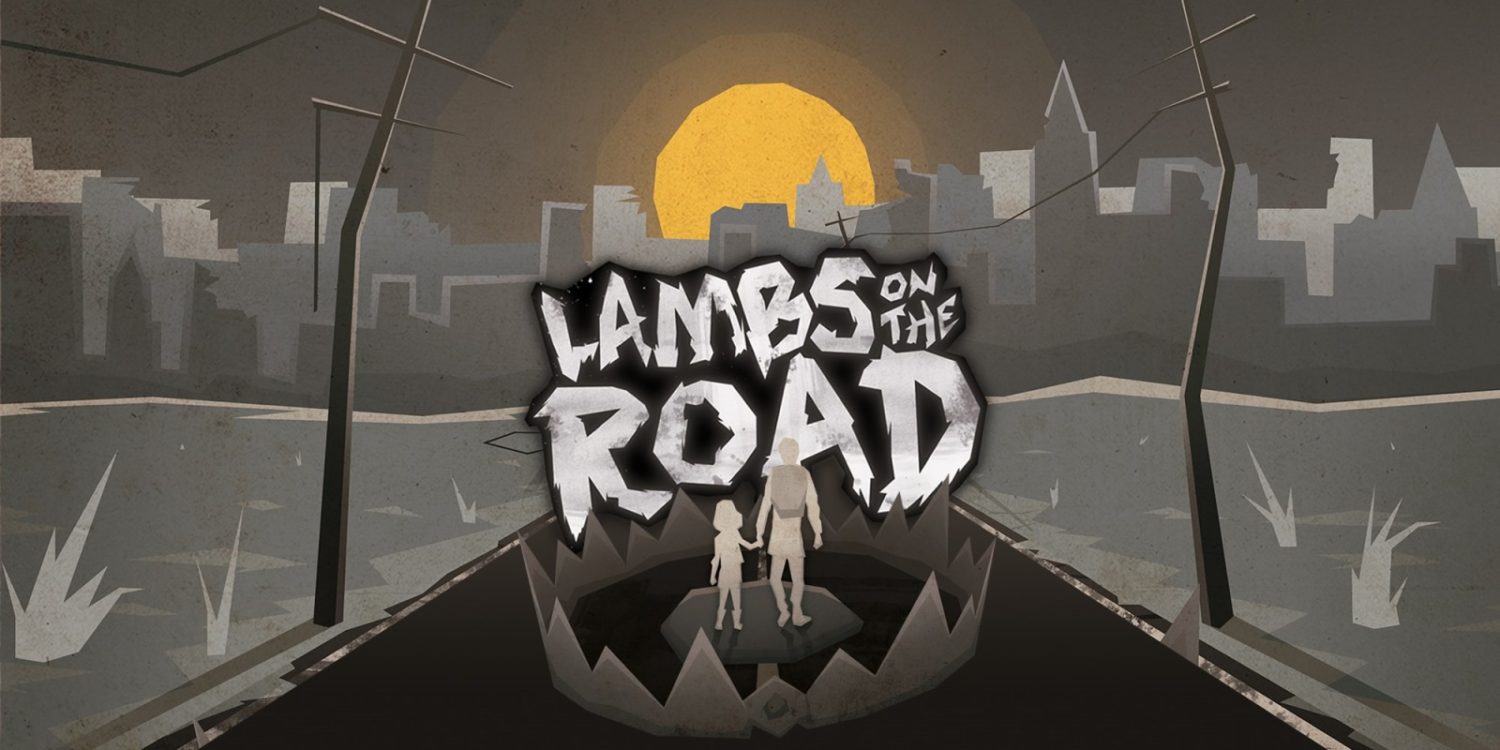 Lambs on the Road: The Beginning takes place after the world as we know it has come to an end. Food, water and all other resources have run out, leaving humanity fighting for scraps amongst themselves. People are doing anything they can to survive, some even resorting to cannibalism. Lambs on the Road follows John as he tries to find his way in this new world. We don’t know too much about John, but we do know he hasn’t turned to cannibalism and he has also lost his daughter.

This is only the beginning of John’s story and his search for his daughter because Lambs on the Road is incredibly short. The developer is hoping this can be the start of a new series. I also personally hope there is more to come from this very short tale. There’s certainly plenty of intrigue on offer here; it just finishes before you really get going. 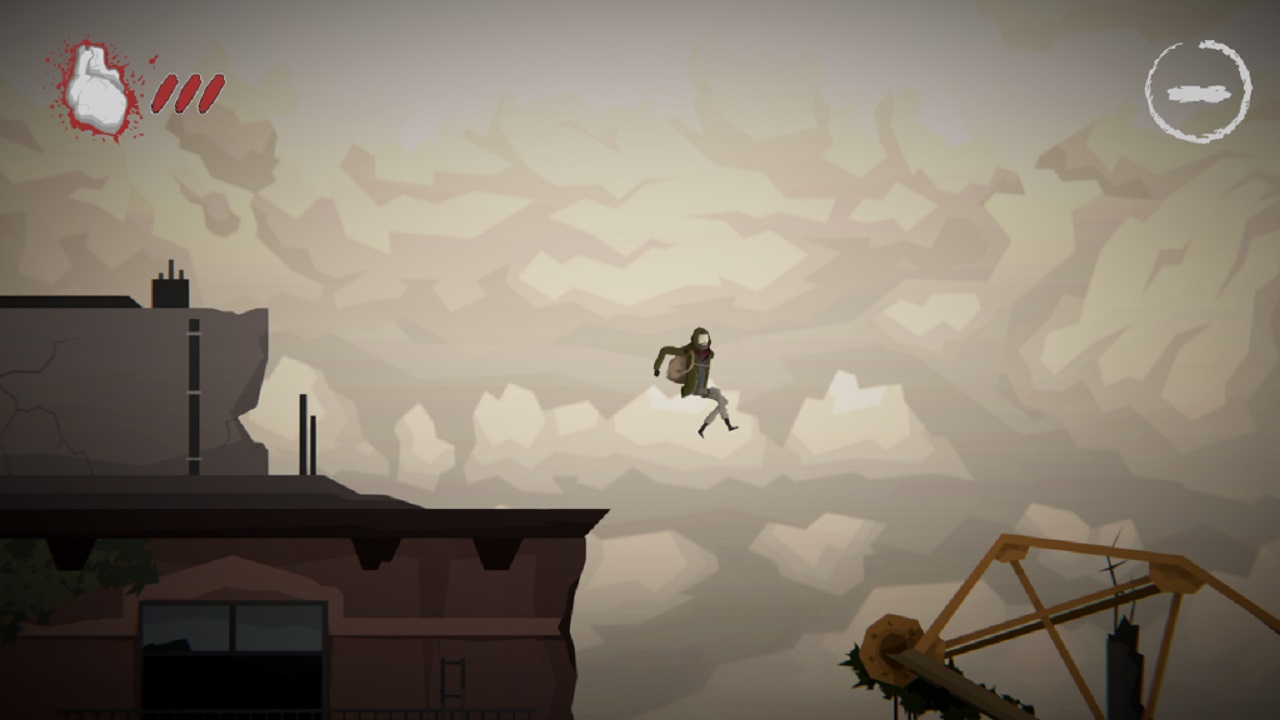 What Lambs on the Road does offer is a very atmospheric and dark insight into a post-apocalyptic world. People are eating people and offing themselves. To put it lightly, this world is pretty bleak. John meets quite a few threats on his journey, but there is no combat. In order to get out of a jam you have to solve puzzles or, quite simply, run. Sadly the puzzles are very simple yet still satisfying to complete.

A lot of the storytelling is done in the environments. Writing on the walls, blood splatters and a city in ruins. The simple art style works well in this world, perfectly relaying its message despite not being very detailed. The aesthetics partner well with the gameplay itself, which is also straightforward. You run right, face a few puzzles, and do a bit of platforming along the way. Platforming isn’t difficult, however it can feel a bit off, since it lacks the precision often found in some of the best platformers. If you do fall or get hit by something, it’s an instant death, so you do have to be careful and precise. 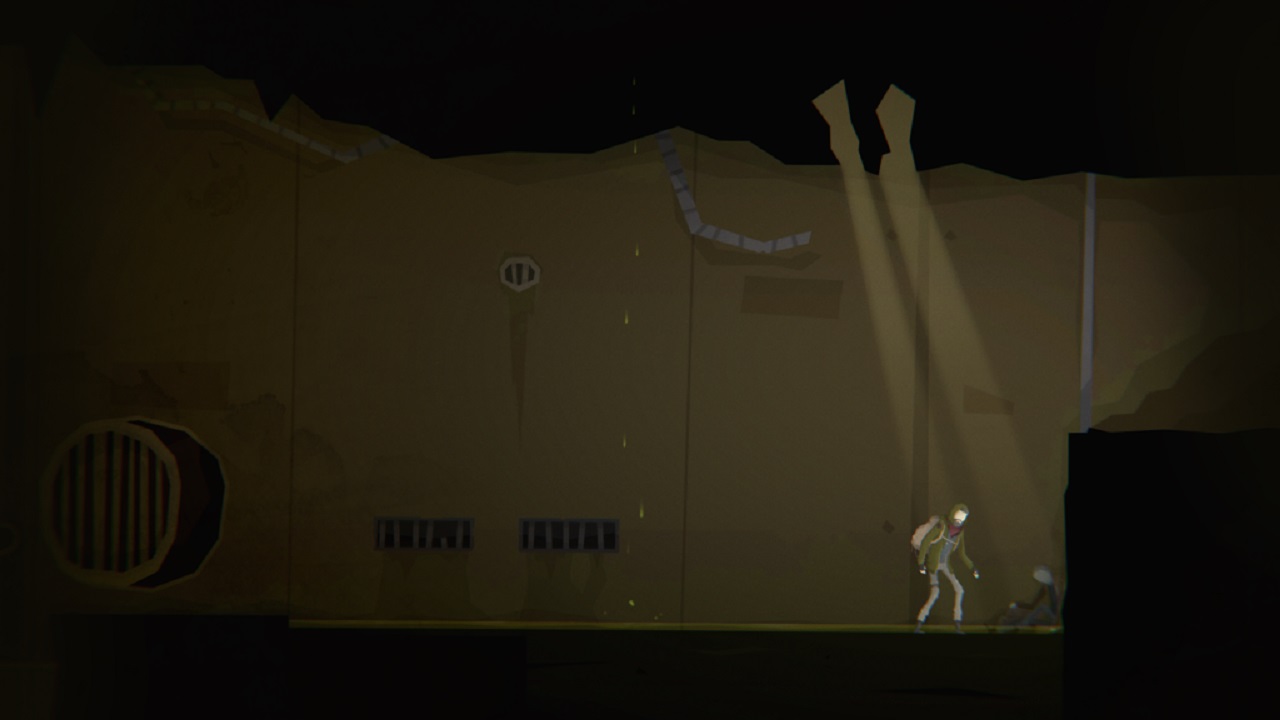 I wish Lambs on the Road was longer. What it offers while you’re playing is merely a taste. To its credit, when it ends you’re left wanting more; however, being so short means you’re also left unsatisfied. It’s almost over before it begins. This is a very strong foundation and I can’t wait for more when the next chapter releases, as long as it continues to build on this strong start.

Lambs on the Road: The Beginning can be completed in less than an hour, but it is only $2.99. It’s a good start, with a bit of polish and if they expand on some of the ideas, there’s a good foundation here. Hopefully more will be released soon to continue John’s journey, in this dark and interesting world.