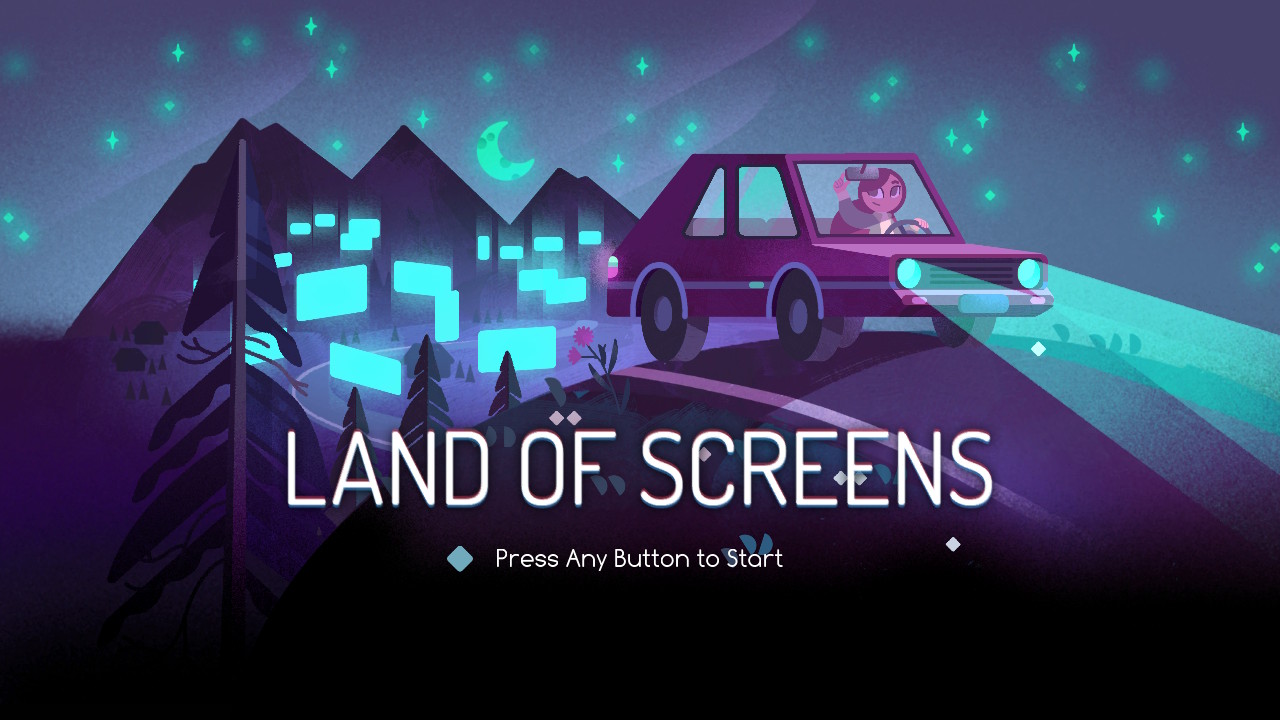 Land of Screens is an adventure-puzzle game developed by Serenity Forge and published by Way Down Deep. It’s short and sweet with little gameplay involved and only takes about an hour and a half to play. But is it worth that time? 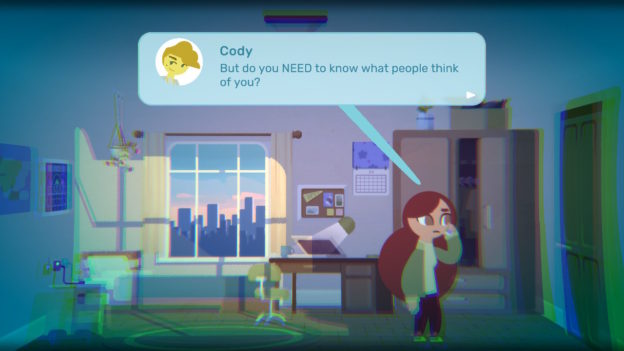 This game is more of a visual novel than anything else. The story’s premise is that Holland goes through a breakup and is feeling some anxiety from her “single” status on social media. Holland is curious about what people are saying about her recent breakup online but tries to have the strength not to check it.

Thus, you go through guiding Holland to various areas, meeting with friends and family, trying to get them off of their phones, tablets, and TVs to have real conversations.

With only five chapters, the game is extremely linear. Holland goes to a work conference, a family reunion, and a concert, just to name a few areas. Each chapter has the same setup, where you go back and forth talking to each person in the room. Holland learns more about them and helps them get off their phones and have face-to-face conversations. 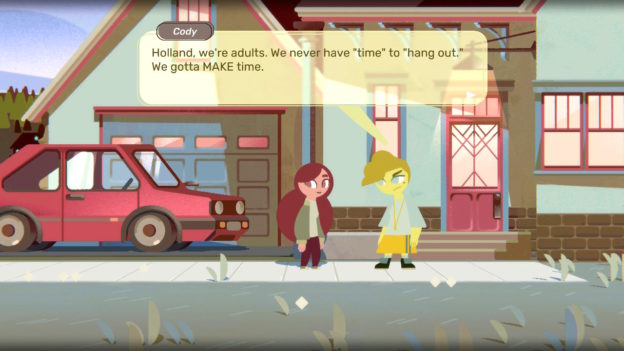 For example, in the family reunion chapter, your goal is to get everyone to play a board game together. You do this by talking to everyone and discovering what they want. For instance, the grandmother wants to spend time with her daughter and daughter-in-law. So, now Holland needs to convince her mother and aunt to get off their phones.

Land of Screens is repetitive. You’re doing the same thing in five different areas, speaking to different people. There’s little concept of time, but I believe the game happened over a week or maybe a weekend. So again, the game only took me about an hour and a half to get through. 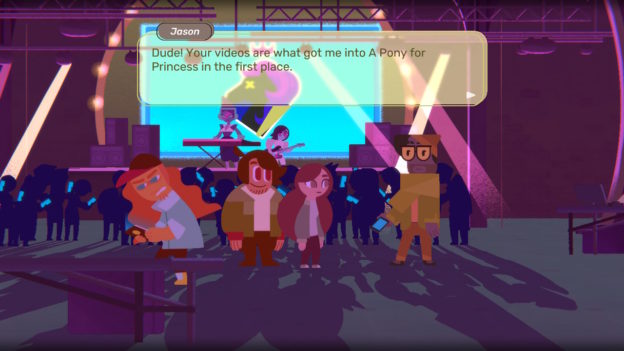 In terms of the story, it’s cute and true to life. Yet, it was unrealistic at times. For example, the family reunion chapter was good. Still, the concert scene was similar where Holland needed to get some audience members off their phones because the singers didn’t feel like they were paying enough attention.

Also, the story in Land of Screens wasn’t in-depth enough for me to connect with any of the characters, especially Holland. I think if the game was longer or wasn’t as repetitive then there’d be more character development. 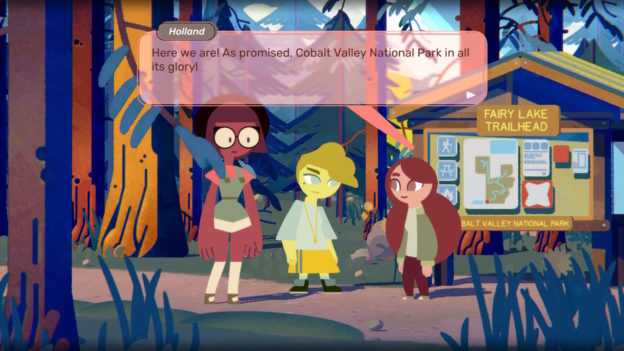 This game’s strongest points are its crisp graphics, and fun music and sound effects. For example, the sound effects of people talking mimicked the typing sounds on the phone, which was a charming effect.

Overall, I enjoyed my hour or two with Land of Screens. But now that I’ve played it once, I won’t be going back to it. Once you complete the game, there’s nothing more to it. But if you’re looking for something short and sweet to pass the time, then you should consider this game.

Land of Screens has an interesting storyline, but there’s no depth to it or its characters. The music is fun and it’ll keep you busy for about an hour but that’s about it.