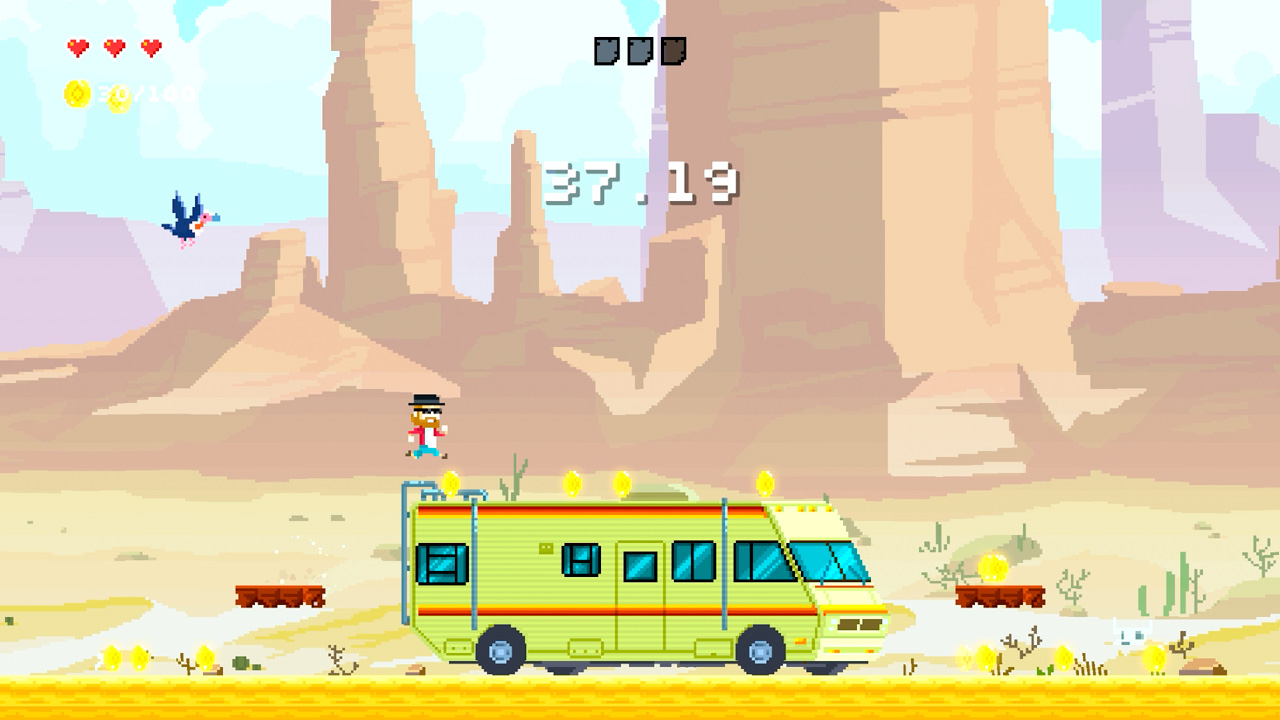 In Landflix Odyssey, you play as a beer-chugging, pizza-eating layabout who spends his time binge watching all the biggest TV shows on streaming service Landflix. When you use some weird glowing batteries in the remote, you get sucked into the TV. It is up to you to travel through all the most popular series on TV to retrieve your batteries and get back home.

The premise is immediately silly, and the sense of humour is carried over into the kinds of programmes you get drawn into. Landflix Odyssey doesn’t use real copyrighted shows in the game. Instead, the worlds you encounter bear enough of a resemblance to actual series that anyone with a passing knowledge of pop culture should get a chuckle out of it. You’ll encounter city gangsters in BlindDevil, jump between demon worlds in Peculiar Stuff and boost your skills with hallucinogenic drugs in Going Mad. 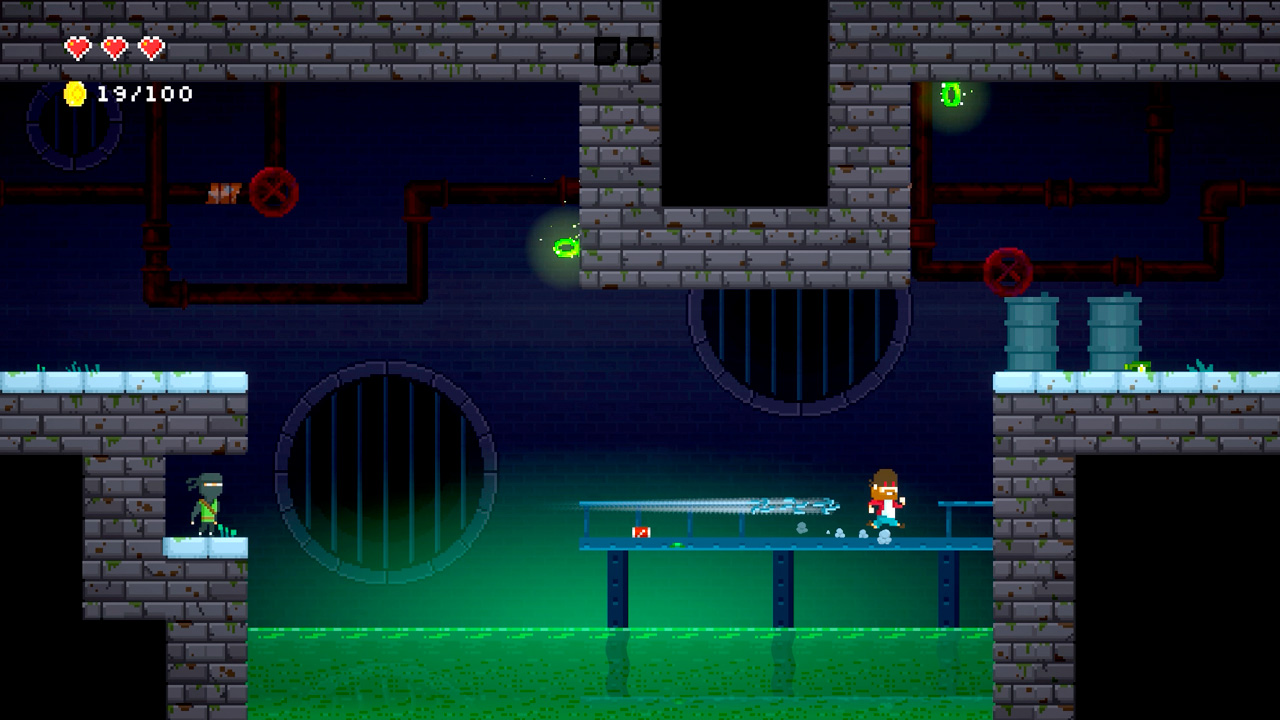 Aside from the settings, the premise doesn’t have too much of an impact on the gameplay. The game as a whole generally seems happy enjoying its passing references. It doesn’t go deep enough into the detail of any of the shows to be considered parody or satire. Still, the cutscenes at the beginning of each level have some good jokes that work well with the silliness of the concept.

The gameplay takes the form of a 2D side-scrolling platformer, with a cute 8-bit art style. The controls are fairly basic, so they’re easy enough to pick up. You run, jump and burp as a ranged weapon to stun any enemies you might encounter. You also have another weapon or skill that changes with each world you visit that is tied to the show you are visiting.

In each level, there are 100 gold coins to find and collect. You’ll need some of these to unlock the next episode of each series, with later episodes getting more expensive. You don’t need to collect all 100 coins every time as long as you reach the end of the level, which will unlock the next. But these offer a nice incentive to go back and challenge yourself to reach 100% if you want to. 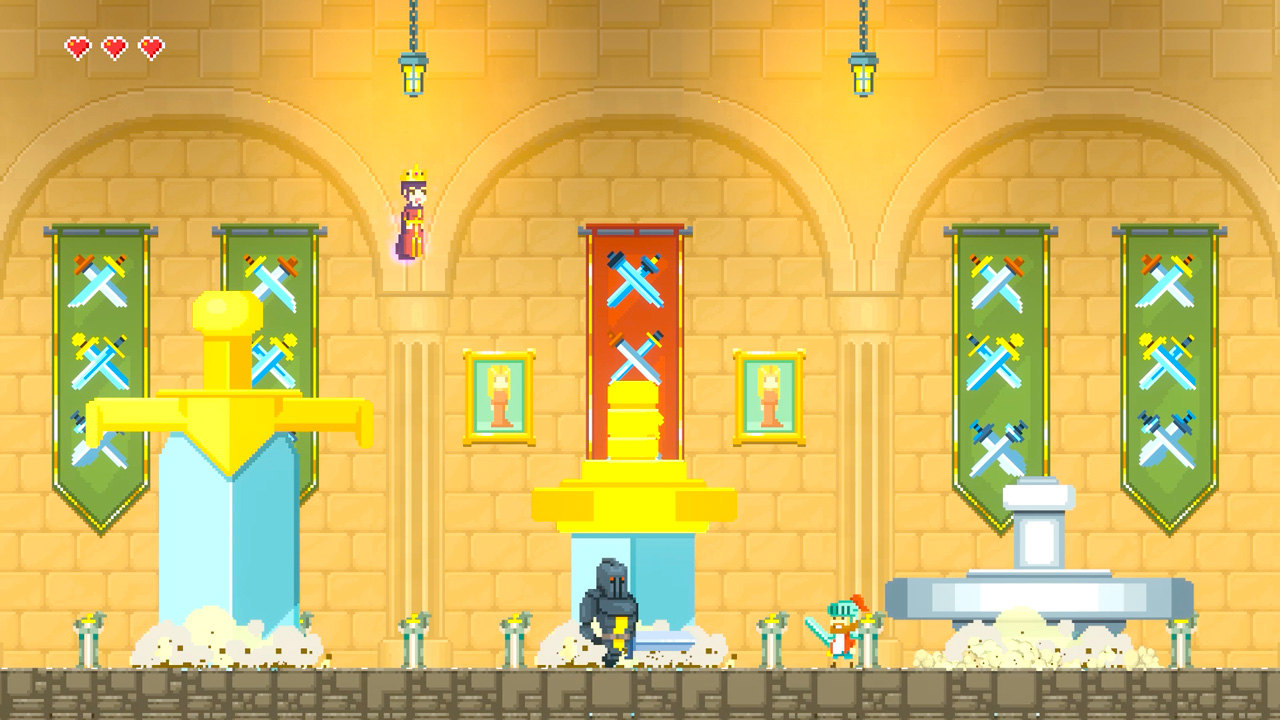 The action isn’t especially complex or difficult to understand. This makes it really easy to pick up and play whenever, whether you’re planning on powering through the whole thing or just a couple of quick levels. At times it can get a little bit repetitive, but that’s common with this type of game. There are enough levels throughout Landflix Odyssey that require something a bit different to keep it fairly fresh.

All things considered, Landflix Odyssey is a decent little platformer. There are areas where the premise could have been better integrated with the gameplay, but that doesn’t take away from the laughs it does offer.

Landflix Odyssey is a decent 2D platformer with simple yet enjoyable gameplay and a sense of humour behind it.