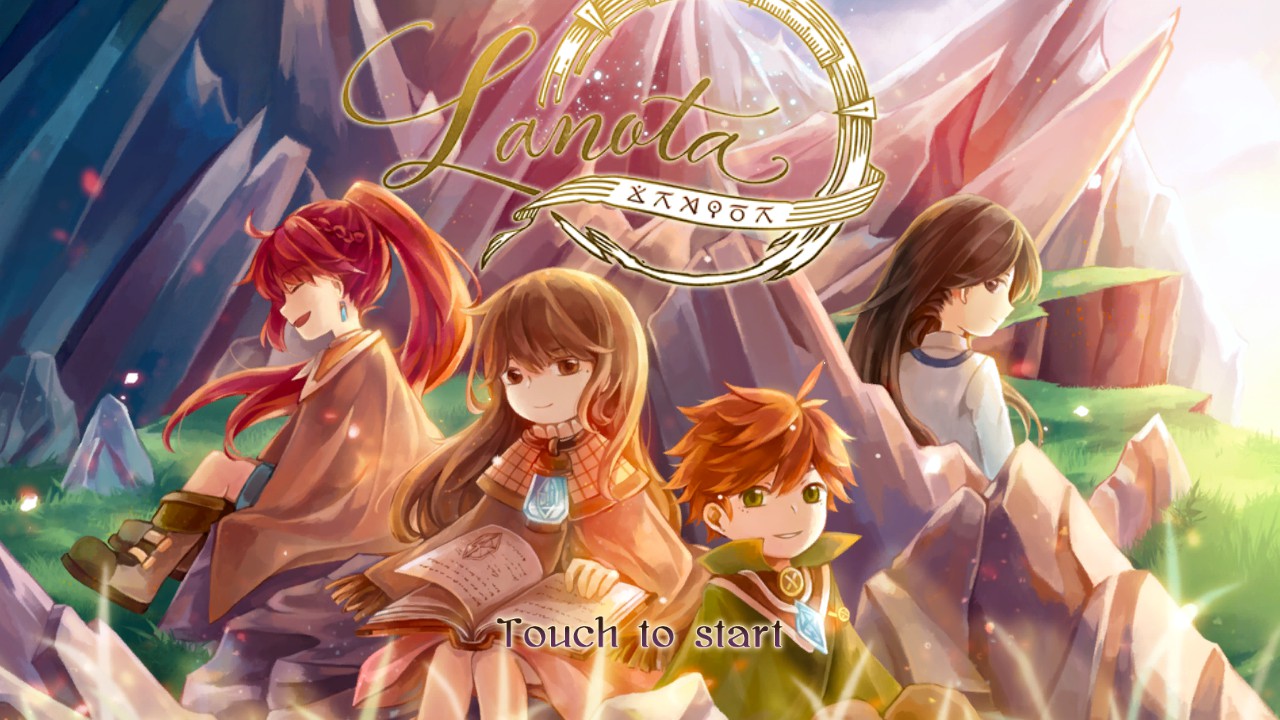 You all remember Tempest, right? The vector graphics arcade game from the ’80s in which you spun around a vortex, zapping objects hurtling towards you from the center? Well, now imagine having to tap and swipe the objects instead of zapping them, and imagine it with a J-pop soundtrack, and you’ve got the basics for Lanota, a solid rhythm game for Nintendo Switch. But considering its mobile roots, the Switch may not be its best platform.

The reasons for that will become apparent in a moment. I first want to talk about the game’s story because we can get through it as quickly as the game does. Color and sound have disappeared from the world, and it’s up to Fisica and Ritmo to revive it through music. 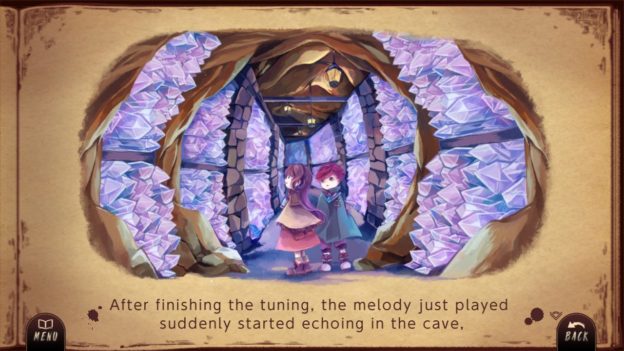 And…that’s enough about that because the story is almost immediately dropped from the game. You unlock pages in the storybook-style presentation as you complete levels, but they’re not in order and you have to back through the menu system to find them. Although the artwork is pretty, the premise itself was presented better when it was a Powerpuff Girls episode.

Thankfully, the gameplay in Lanota is enough to carry you through. Unlike most rhythm games before it, the action in Lanota is vortex-based, with the various musical elements sliding forth from the center to an outside ring. When they reach the ring, you either tap, swipe, or tap and hold to successfully play the note, as it were. 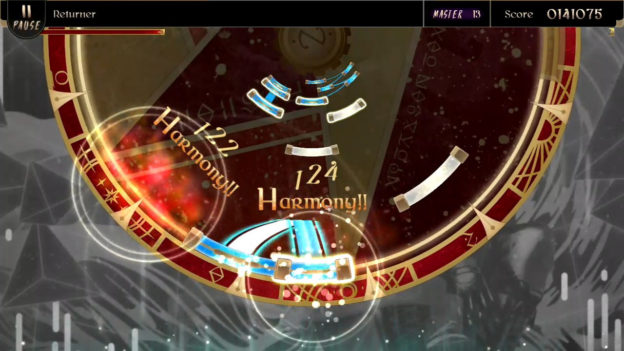 The control system starts off easy, but a couple of elements quickly change that.

Firstly, the vortex often spins as you’re playing. Whereas the notes may appear to be heading towards the bottom of the ring, they could be on the side by the time you need to tap them. The ring can also completely flip, slide around the screen, and zoom in/out so it’s not always easy to know where to place your thumbs.

The second issue stems from porting the gameplay from mobile to the Switch. Being tap based, you can only play this game in portable mode. That’s expected. What’s not expected is how far you’ll often have to stretch your thumbs/fingers to reach the proper area of the screen. I was able to do so, but I have fairly long fingers. Younger players may have trouble. In that case, I recommend removing the JoyCon from the Switch before playing to get an extra inch worth of reach from each side. 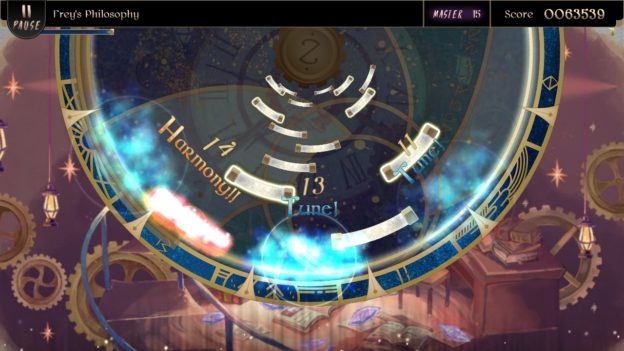 Once you’ve found a comfortable way to play, there’s a lot do with Lanota. The game contains over 70 tracks that pretty much cover the expanse of J-pop. Although I’ve been a fan of J-pop and J-rock for a long time now, I didn’t recognize any of the artists herein (to be fair, though, I’m not too familiar with currently popular artists). Some of the songs are so good that I’d play them multiple times just to hear them again. Others I won’t return to no matter how low my score. Either way, not knowing the music ahead of time means you won’t journey in with preconceived opinions…the very reason I haven’t been able to buy a Just Dance title since Just Dance III.

There are also many skill levels to play, as you can adjust the speed of the game and choose between four difficulty levels (with the higher ones being absolutely ridiculous). 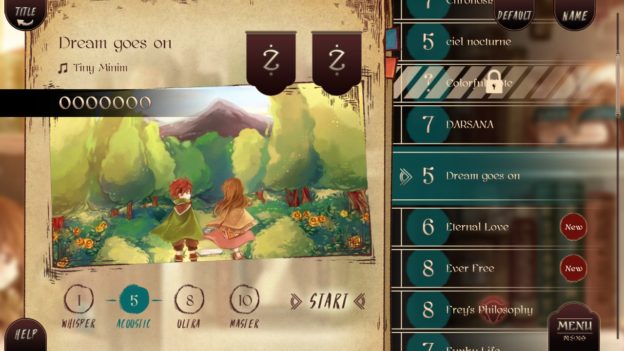 In addition, you can select between Tune and Purify modes, the former of which allows you to keep going no matter how badly you perform at each level. So long as you can separate the functions of your right hand from your left, it won’t take long before you’re able to play through the 70+ songs at one level or another.

Now, although the controls make the Switch a bit more awkward to use than your iPhone or iPad, it does have one very important advantage: pricing. On iOS and Android devices, you have to pay $1.99 to get the base game then buy the additional tracks via in-app purchases. If you want them all, you’re paying over $40. The Switch makes the entire game available for $14.99.

There are rhythm games available for the Switch that have better stories, there are some with more familiar music, and there are some that can be played in both portable and docked mode. Still, fans of the genre would be remiss to overlook Lanota. The gameplay is fantastic and can be as easy or challenging as you want thanks to the multiple skill level settings. The music is greatly enjoyable, too, You’re not likely to play through each song again just to jack up your ranking, but there will surely be some that will stick with you even when you’re not playing.

Which reminds me…I need to do some more research on Kitkit Lu. Anyone have an album to recommend?