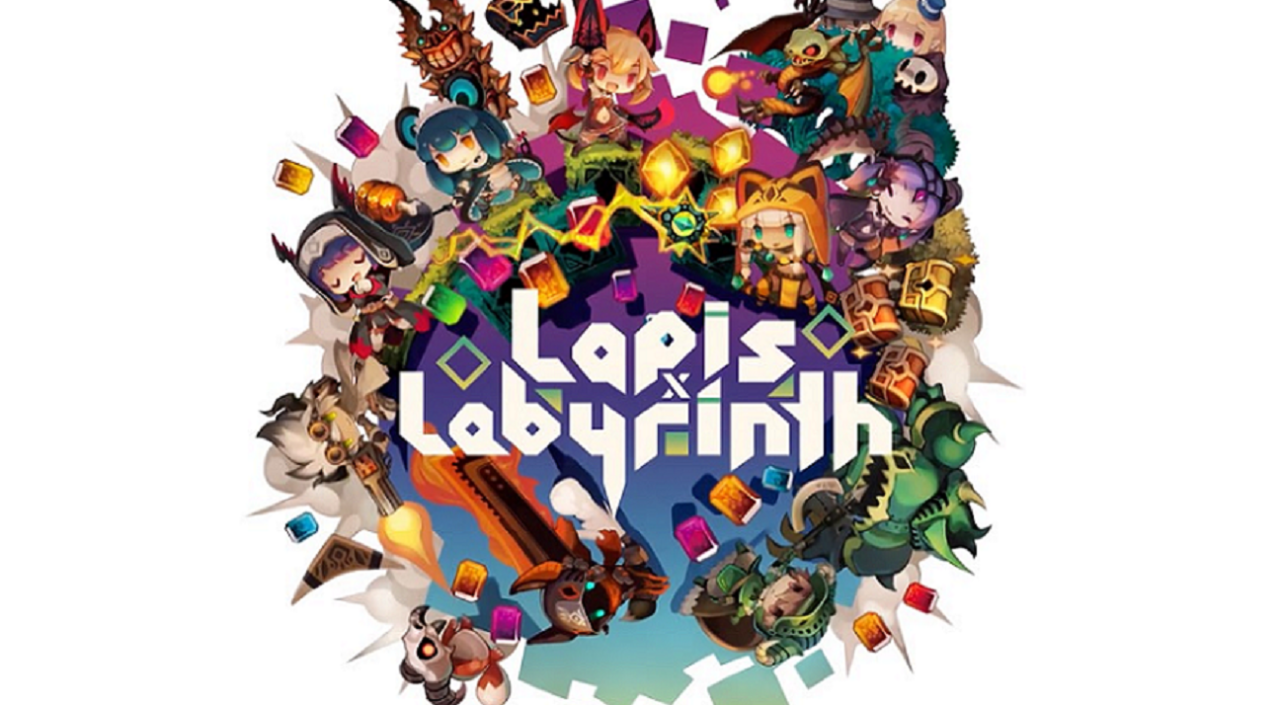 Lapis x Labyrinth brings its amalgam of action, platforming, and role-playing to the Nintendo Switch, courtesy of NIS America. Imagine taking an Etrian Odyssey game, and changing the perspective from first-person to side-scrolling. Also, tweaking the combat from difficult turn-based to mindless action.

The comparison might seem whack given that those are sizable alterations, but navigating through maze-like levels with a fully customizable party of clichéd classes made me think of it. You’ll also be accepting missions, getting new armor and weapons, filling a compendium, etc. What drives your adventure, besides acquiring loot, is helping a small forgotten town return to its bustling days of yesteryear. The “age of dwindling adventuring” might’ve led to bankruptcy, but with your efforts, the closed shops will soon reopen.

The opening lays out much of this folklore, but the focus is wisely on the gameplay. This is what will keep you motivated to play. Especially when you achieve FEVER TIME, a key element and my personal favorite. This special mode, which you can activate several times during each level with aggressive play, sees an explosion of gems that look like giant PEZ burst all around you. Besides adding to your score, this mode also makes you invincible.  A double dip of eye candy and gameplay enhancement!

The screen can get quite busy, with your party tackling a large quantity of monsters. Thankfully everything in Lapis x Labyrinth still feels smooth, with a vibrancy that’s sure to please. The visuals can’t override the inevitable repetition that sets in, however. Lapis x Labyrinth is best played a couple of quests at a time.

As I mentioned near the start, the combat is mindless. Button mashing, for better or worse, leads to success. To say it’s a simplistic setup is an understatement. Changing between party members doesn’t seem to impact strategy to much of a degree. It’s a real shame that there’s no co-op in Lapis x Labyrinth to add some needed depth.

Challenge comes from combining the maze-like layouts with an in-game timer. Conceptually this is an odd combination, but the timer rarely factors in as the game moves so briskly. What does slow the game down is your crowded inventory. You earn keys to unlock chests at the end of each level – it feels like loot boxes but with in-game currency. It’s so entirely random that your inventory will very quickly fill with either duplicate items, or weaker items of no real use, or both. It’s discouraging navigating past them all and negatively impacts the flow.

Combine that with repeating level layouts that seem to pop up, and an overall length that feels a bit bloated given the variety on hand, and Lapis x Labyrinth leaves me with mixed feelings. It’s fun, but I’m not sure how much I’ll come back to it. The repetition can’t be avoided when playing for any real length, both in gameplay and level design. Lapis x Labyrinth has too many concerns that prevent me from giving it a broad recommendation at $29.99. But I can’t deny that it offers some short-term, if shallow, fun, so bookmark this one for a future sale if it sounds interesting to you.

It’s fun, but I’m not sure how much I’ll come back to it. The repetition can’t be avoided when playing for any real length, both in gameplay and level design. Lapis x Labyrinth has too many concerns that prevent me from giving it a broad recommendation at $29.99. But I can’t deny that it offers some short-term, if shallow, fun, so bookmark this one for a future sale if it sounds interesting to you.