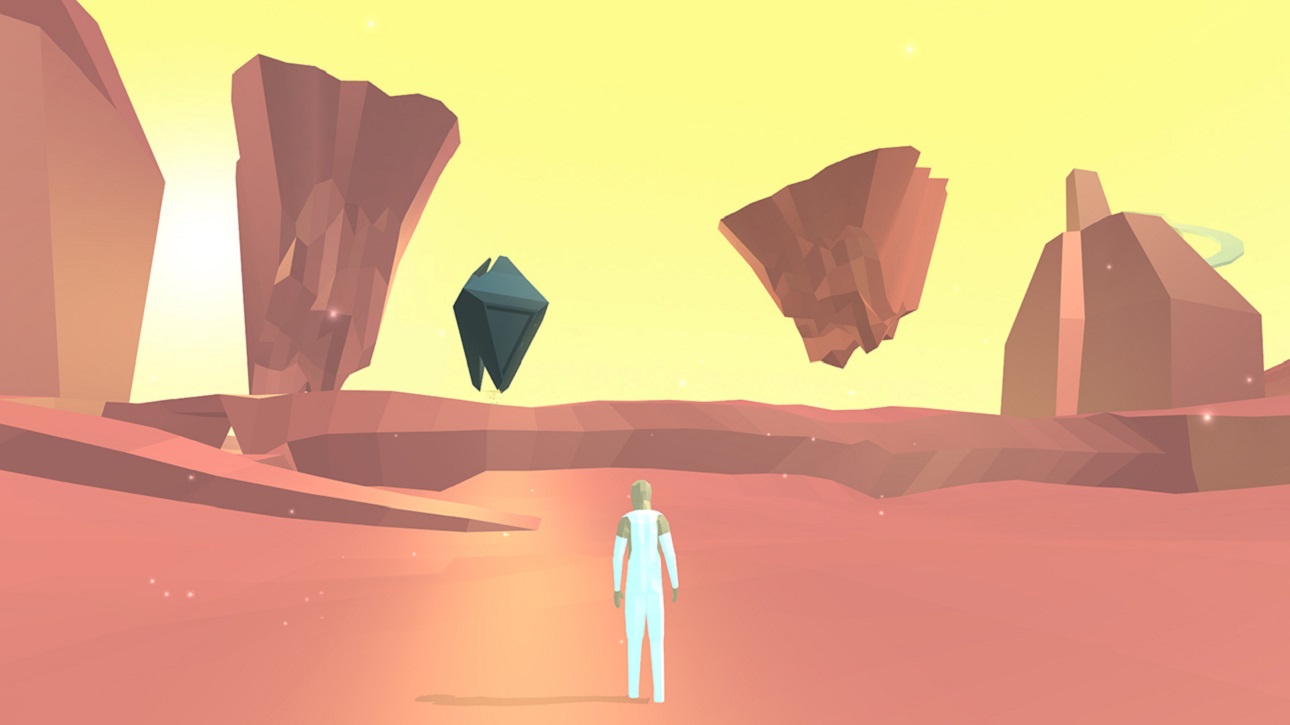 Laraan lured me in with its promise of “cinematic storytelling”, but the final product has left me with mixed feelings. This sci-fi adventure has a lot working against it; it feels in some ways that it released before being ready. But I still wound up having a decent enough time with it, all told.

This review will have the slightest of spoilers. I say slight because the game has a minimal story, and I beat it in under an hour. It is only $6, though.

It begins by paraphrasing the sixth chapter of the Genesis account. But here Noah is renamed Zoah, and the ark assignment gets substituted with collecting eight glowing stones. It’s bizarre, to say the least, and turned me off initially. What was the thinking here? Why not try to have an original story? 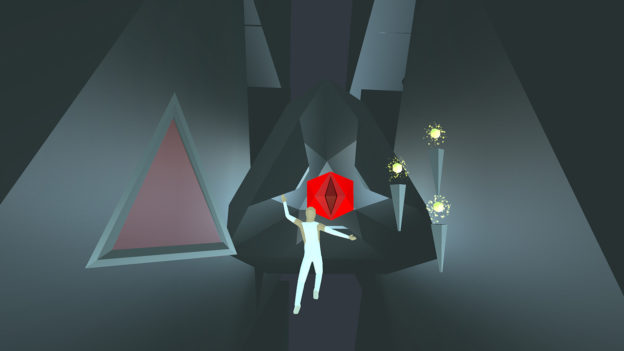 In any case, you see a ship departing in the first few minutes. Fast forward a half an hour or so later, and you’ll run towards that same ship that beams you away to the ending cutscene. To quote Captain Kirk in the underrated Star Trek V: The Final Frontier, “What does God need with a spaceship?”

There’s no word beyond that introduction, and that’s probably for the best. Most of the gameplay consists of running and jumping. You can walk, but it’s quite slow. The jumping meanwhile indicates you’re on a planet with weak gravity. The controls are curiously mapped, with both the A/X buttons serving no function. But I do give credit for the attempts to try and mix things up. Riding a space bike and falling through a spiked pit are a couple of scenes that spring to mind. 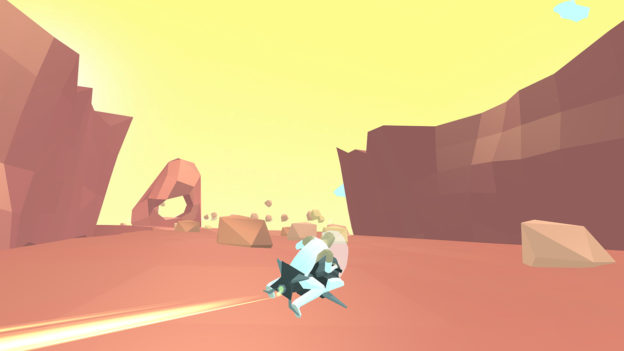 The low poly style takes me down memory lane but is short on colors. Expect to see lots of beige, gray, and white during your short time. These choices lead to a challenge that’s frequently not ideal. It’s often tough to gauge how far you are from a threat. Loose collision detection only amplifies this concern. Feeling like I’m wrestling with the camera rounds things out. In fairness, these concerns lessen sizably on replay. And the game did fascinate enough in a peculiar way that I did replay it.

Despite consisting of many short loops, the accompanying soundtrack is admirable, fitting the sci-fi adventure. The sound effects are hit or miss, though. It makes Laraan have a mixed audio package of impressive and inferior. 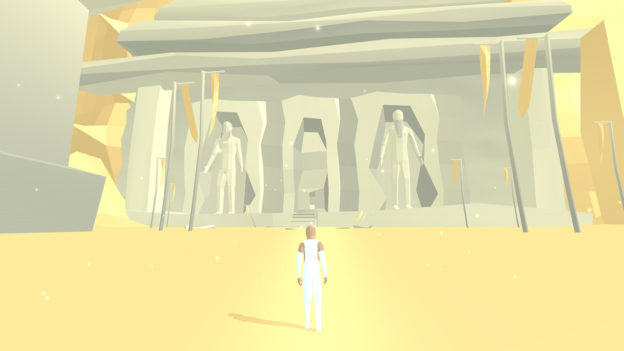 For a game promising fights and puzzles, I saw one of each during the entire game. I didn’t mind the lone alien enemy, as the fighting controls were overly slow for a satisfying duel. I expected this in part due to how the game is animated. Still, the animations, in general, were too limited to make it worth it. Every time I jumped, my character flailed like a marionette that was falling. In fact, after watching me play for a while, my wife asked, “Are you constantly falling in this game”? Kind of, Jenn.

Even with trial and error, the game ends far too soon. Again, it feels unfinished. There are large areas on the planet surface that you can wander, but they’re empty. Sections that seem like they might hide a surprise – soaring steps – have nothing at the end. Having more collectibles would give an incentive to explore.

Laraan has many elements that are average at best or even subpar. It reflects decisions that weren’t always the smartest, leading to a rougher final product. Don’t expect the attention to detail or polish needed for a high-quality release. Nonetheless, Laraan still proved mildly satisfying in the face of these things, due to nostalgic visuals, a solid soundtrack, and glimpses of potential. This budget-priced cinematic sci-fi adventure might be worth taking a chance on.

Laraan has many elements that are average at best or even subpar. It reflects decisions that weren’t always the smartest, leading to a rougher final product. Don’t expect the attention to detail or polish needed for a high-quality release. Nonetheless, Laraan still proved mildly satisfying in the face of these things, due to nostalgic visuals, a solid soundtrack, and glimpses of potential. This budget-priced cinematic sci-fi adventure might be worth taking a chance on.