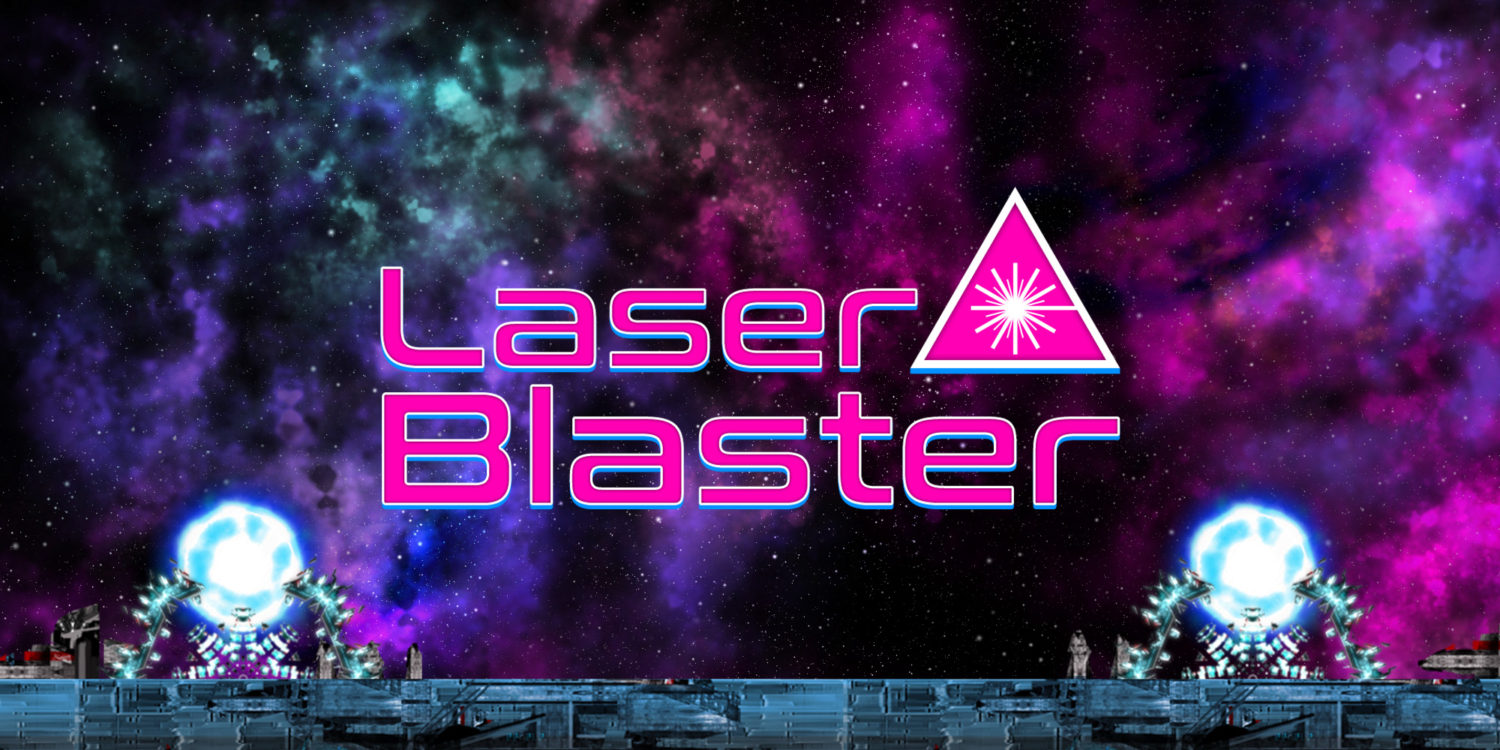 If you’ve ever played any arcade space shooter, you’ll probably be familiar with the mechanics of Laser Blaster. You have four bases to protect from enemy lasers. If all of your bases are destroyed it’s game over. That’s it. The game gets right to the point, lagging any sort of story line or real goal to work towards (besides getting a highscore). I get that it was created by Petite Games, but I didn’t know they took their name so seriously. 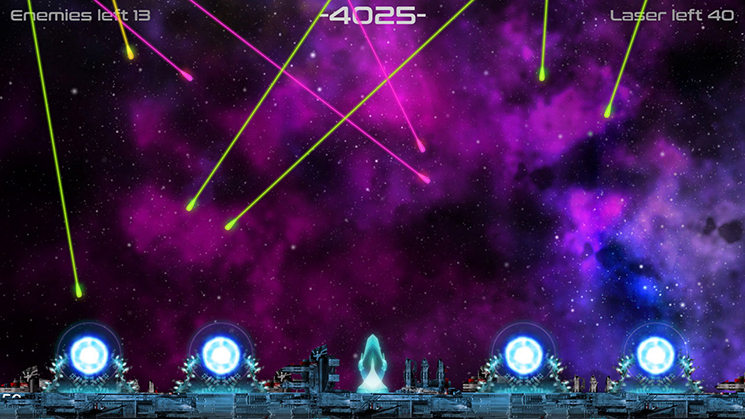 The lasers come from above and can go in any direction. You want to shoot and destroy as many as you can. This seems easy but you have limited ammunition and some of the lasers need to be hit multiple times to destroy them. Which in my case made it almost impossible to proceed. Luckily you only need to have one base standing to go to the next level. 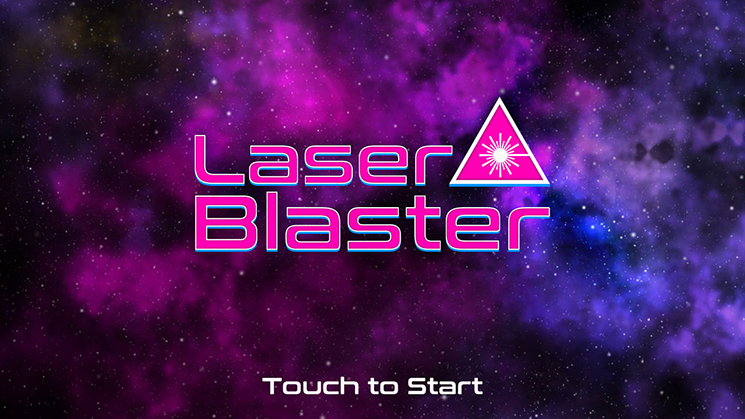 Getting to the next level lets you upgrade something on your ship. You can choose between laser speed, laser number, explosion duration and explosion radius. The most I was able to get to was 3 upgrades before the game would glitch (un prompted menus popping up, lasers not blowing up, etc.) or something else ridiculous would happen. I don’t understand how you’re suppose to shoot all of the lasers with the minimal amount of ammo you’re given and the number of lasers coming at you. It’s crazy, but I guess if you are skilled enough some of you MIGHT be able to over come these obstacles. 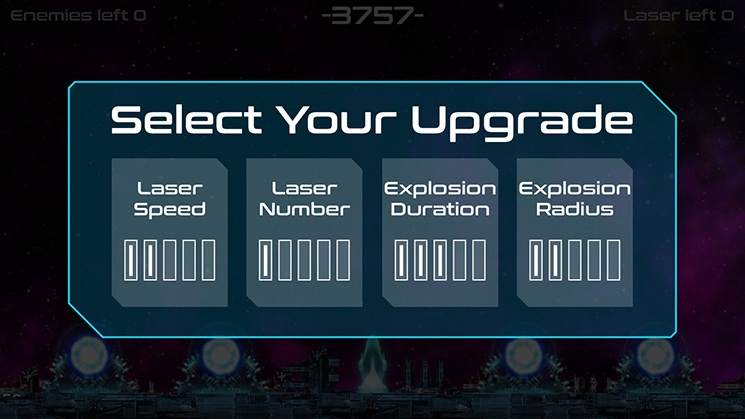 I also didn’t fancy using the touch screen the whole time I was playing. I don’t like having to look down at the controller constantly (it hurts my neck yo). Not to mention the graphics are one of the only things I liked about this game and I couldn’t fully enjoy them on the GamePads screen. It also seemed like the game didn’t respond every time I would tap the screen, so that was kind of annoying. 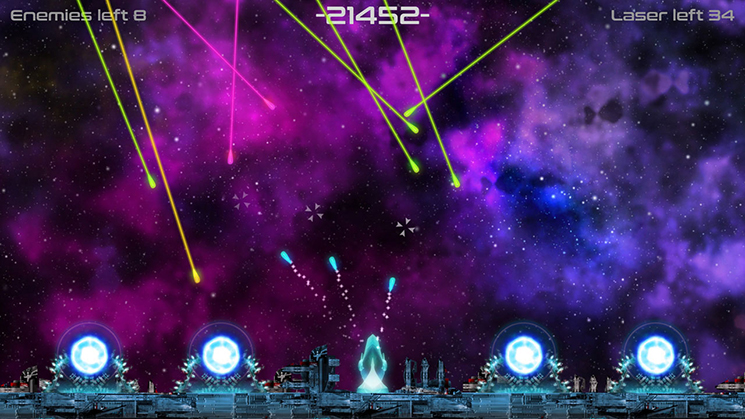 It’s a let down that I disliked the gameplay so much because the graphics were actually really pretty for such a cheap game. But sadly that’s the only positive that I can point out. The game is going for $1.99, so those of you who are curious wont break the bank or anything I’m just letting you know. You could put your money towards something else and probably be more satisfied. Maybe one of the better titles by Petite Games, like Toon Tanks?

Always hate giving a bad score but I have a job to do. Laser Blaster could have been a great game. But instead we got a very short, frustrating experience that missed the target by a long shot.