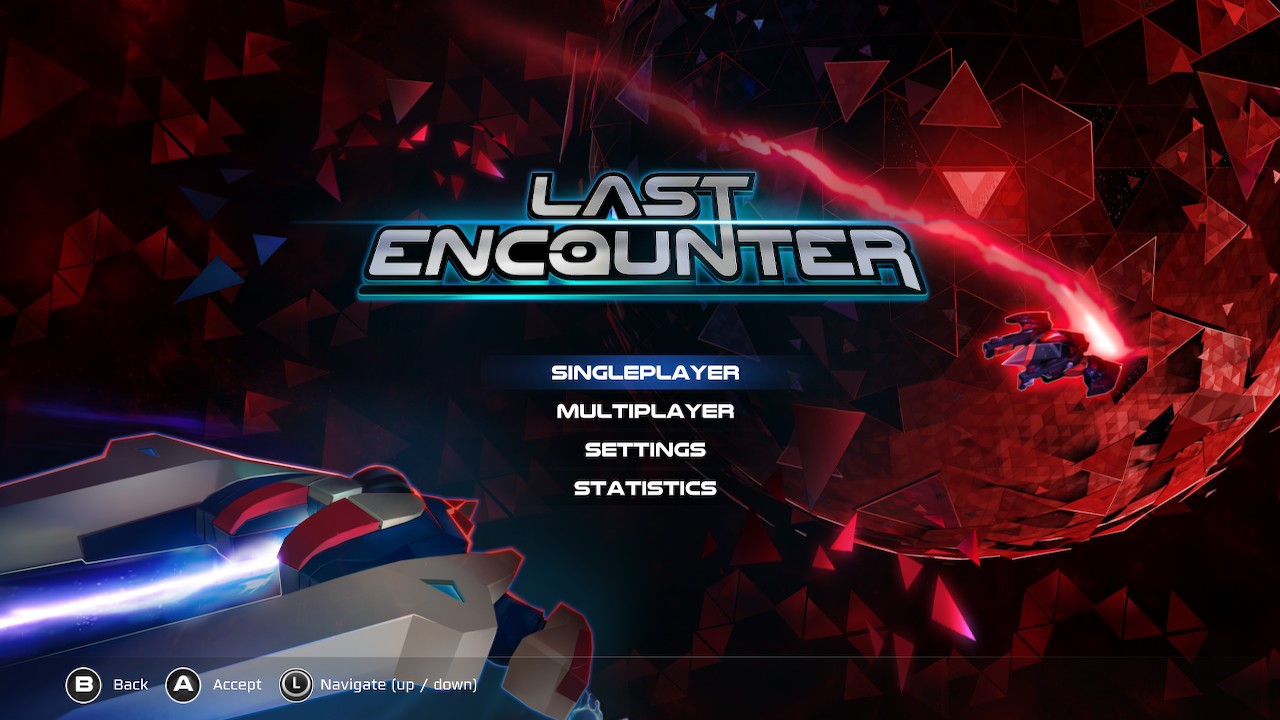 Last Encounter is an action-adventure twin-stick shooter set in space while the main set of characters fight to save the human race. It had been taken over by aliens (for lack of a better term) since the characters don’t know anything about these “aliens.” There are only a few humans left and, with cloning technology, you have infinite chances to win. 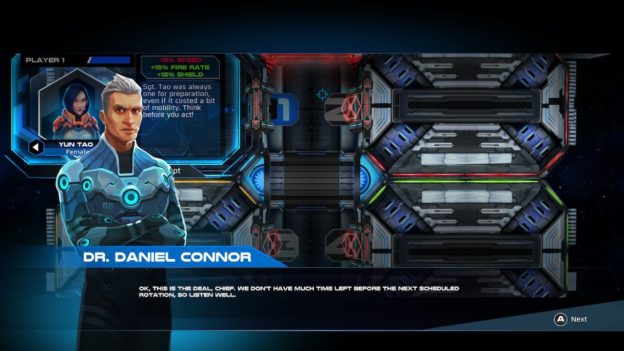 The game begins with some backstory of the captain explaining your mission. You have a choice between four characters, each one having slightly different stats, whether it’s a slight increase in health or a decrease in defense. Then you choose your ship. Again, there are four options, and they have different health and shield stats. They also have a different weapon to start such as bullets or a laser.

Before you leave on your mission, you can buy more weapons and upgrades for your ship, but they don’t come cheap. You can collect coins on your mission when defeating enemy ships, but to collect the coins, you need to hover over them precisely. The ships moved too fast, and I often went in circles around the coins before they quickly disappeared. 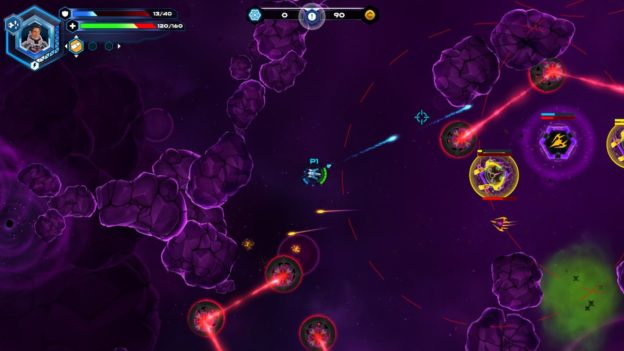 When you’re out on missions, you get thrown into a random part of space, and the overall map changes, just as a rogue-lite game normally does. Your job is to explore, defeat all the enemy ships with your bullets or lasers, and find a key. Then you move onto the next part of the map. Rinse and repeat.

This doesn’t sound tough, and twin-stick shooters are always a fun way to play. However, there are so many enemies coming at you at once, and the farther you go, the tougher the enemies are. I don’t mean they get harder with each map set. They’re tough from the get-go. Meanwhile, I needed 200 coins to get a second weapon for my ship, and after dying nearly 15 times, I had only collected 55 coins. I had a long way to go. 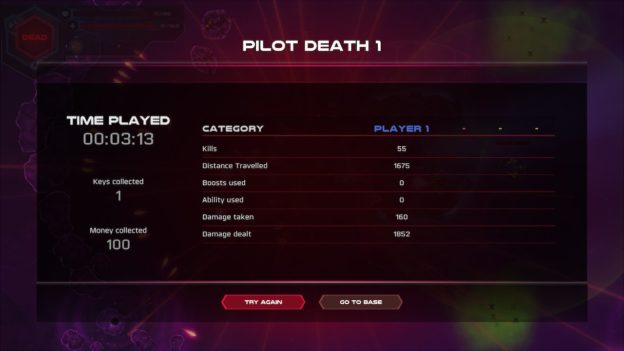 The controls weren’t easy. I constantly shot my bullets because aiming was difficult. I found myself spinning in circles just to guarantee a hit. The enemies get up close and personal with you and, once you lose your shield, you begin to lose health. Once you lose your health, you die. There are no lives, no check-points. Once you die, you need to start all over again, and I died a lot.

This game is unforgiving and difficult. If it were easier and punishing, that’d be fine. Or if the game had checkpoints and the difficulty was the same, that’d be okay too. However, both the high difficulty and unforgiving results upon dying are a double whammy that makes you rage quit, ultimately making zero progress.

The graphics were pretty. You can’t go wrong with a space and galaxy theme. The music wasn’t too bad either though I often found myself tuning it out. This isn’t to say I didn’t care for the music, but I was too focused on the gameplay. However, the lovely visuals and tunes can’t make up for the lack of gameplay.

Last Encounter is punishing with difficult AI and controls. Be prepared to die a lot and invest a good chunk of time if you hope to master the game and make progress.