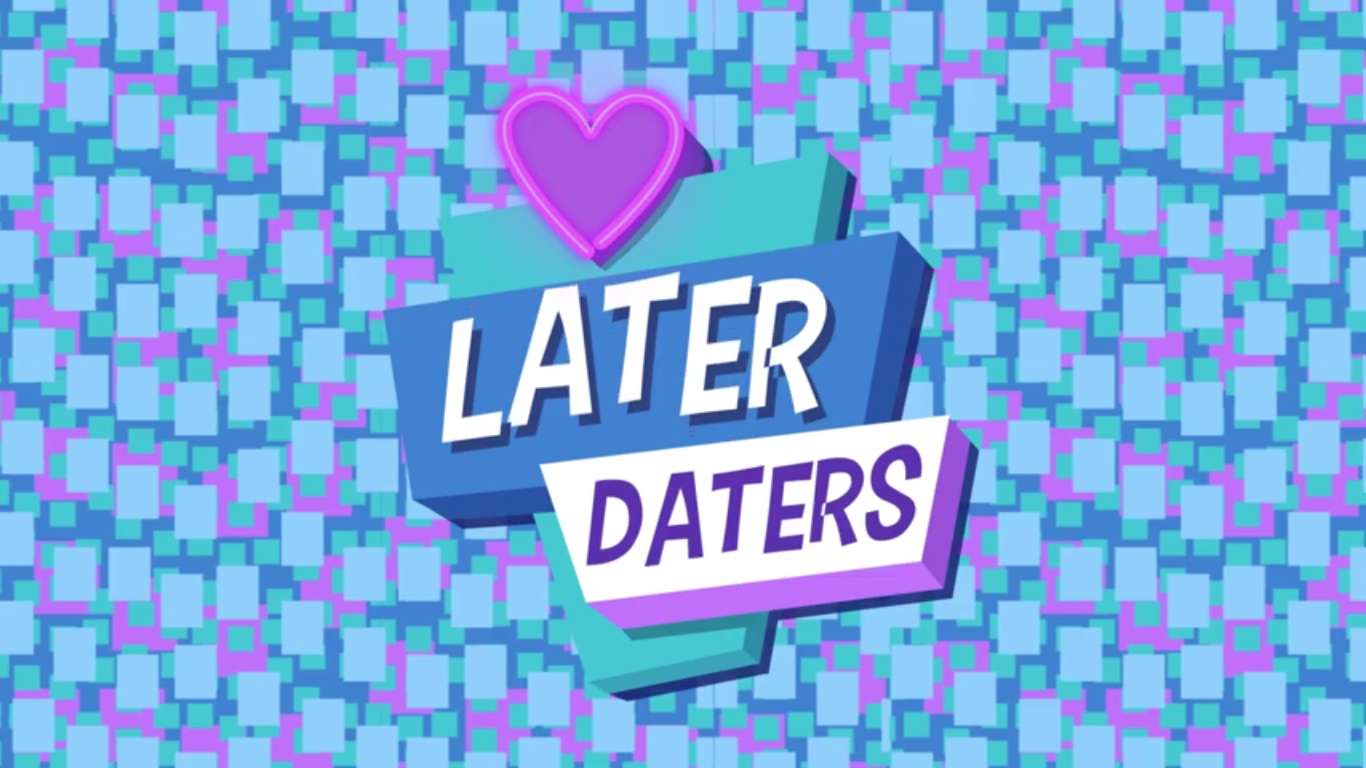 At PAX West 2019, I had the chance to preview Later Daters at the Indie MEGABOOTH, and the art style immediately grabbed me. When I heard Later Daters was coming to Nintendo Switch, I couldn’t wait to get my hands on it!

Later Daters is a visual novel dating simulator, but for the elderly. The game takes place in Ye OLDE, a retirement home that your character has decided to settle down in. But it’s not a curmudgeon place. Ye OLDE is an inclusive retirement home, which is reinforced by your character choices in the beginning. 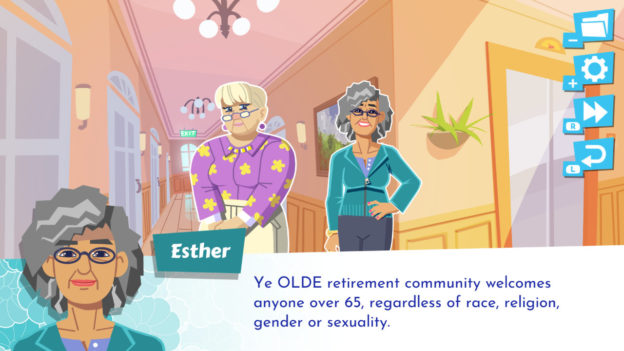 Players are given the option to choose a masculine, feminine, or genderfluid presenting character. You’re also allowed to give them pronouns that may not match that outward appearance, a name (though it comes filled out with a name if you’re like me and too lazy to think of one), a pet, and a brief backstory. Ye OLDE is for the old folks who have lived long lives and are open to anything. That might sound saucy, and it is. But let’s face it, even our elders need companionship.

Later Daters reminded me a lot of Dream Daddy. The art style has its own uniqueness, but the setup and overall vibrancy of the game felt the same. What set Later Daters apart from me was the amount of subtle choices you can make along the way. As I encountered new characters at Ye OLDE, I was able to inwardly comment on their attractiveness or my overall impressions of them. This made it easier to spark different conversations with those people later in the game. And yes, there are some quick smoochers in this one. 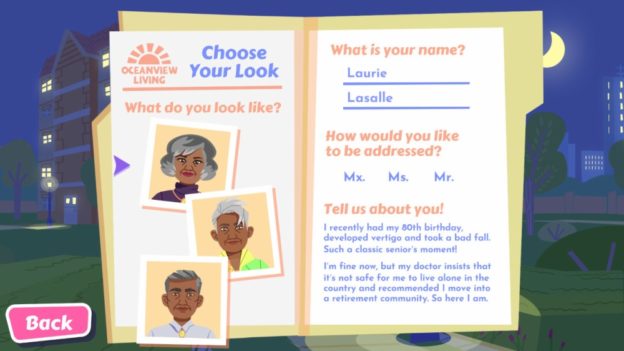 This game focuses on the age of the characters quite a bit, but I believe it’s handled elegantly. There aren’t any jokes made at the expense of their age that felt demeaning or as if the idea of elderly dating was the punchline to the game’s premise. Later Daters reinforces the natural desire for companionship or otherwise, even at an older age. But the game does focus on some heavier themes.

Mortality and regrets come up more than once throughout the game as your character, and your retirement home neighbors, grapple with friend and family issues. Beneath the exterior of this aged cast of characters, there’s a lot of introspection and worry lurking. I wouldn’t say the game ever becomes a downer, but Later Daters doesn’t pretend tough life questions wouldn’t come up in this setting. There’s a time to mourn, to feel guilty, to be true to yourself. Ye OLDE isn’t just a retirement home of saucy elders. It’s a community of people trying to navigate this new phase in their life. Some of the issues are LGBTQA+ focused, but even the core of those issues are relatable to anyone. And this is all experienced just within part one of the game. As of the time of this review, the other parts have yet to be announced. 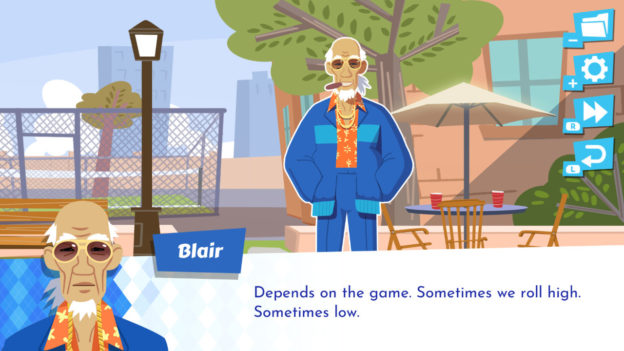 I’ve thoroughly enjoyed the way Later Daters has normalized inclusivity in the older generation, and just romance and sex for the elderly. For those curious, this game—despite the innuendo and flirtatious situations—is rated T. And keeping the game light in actual content makes it more accessible for teenage to adult audiences—reaching a larger audience with its message. Later Daters is just silly enough at times that it makes for a funny dating sim, without making its characters out to be a joke. There is other media that focuses on trying to normalize elderly relationships, and I think Later Daters is highly effective—and most importantly fun.

Later Daters reinforces the natural desire for companionship, even at an older age. The game is just silly enough at times that it makes for a funny dating sim, without making its characters out to be a joke. There is a ton of media that focuses on trying to normalize elderly relationships, and I think Later Daters is highly effective—and most importantly fun.