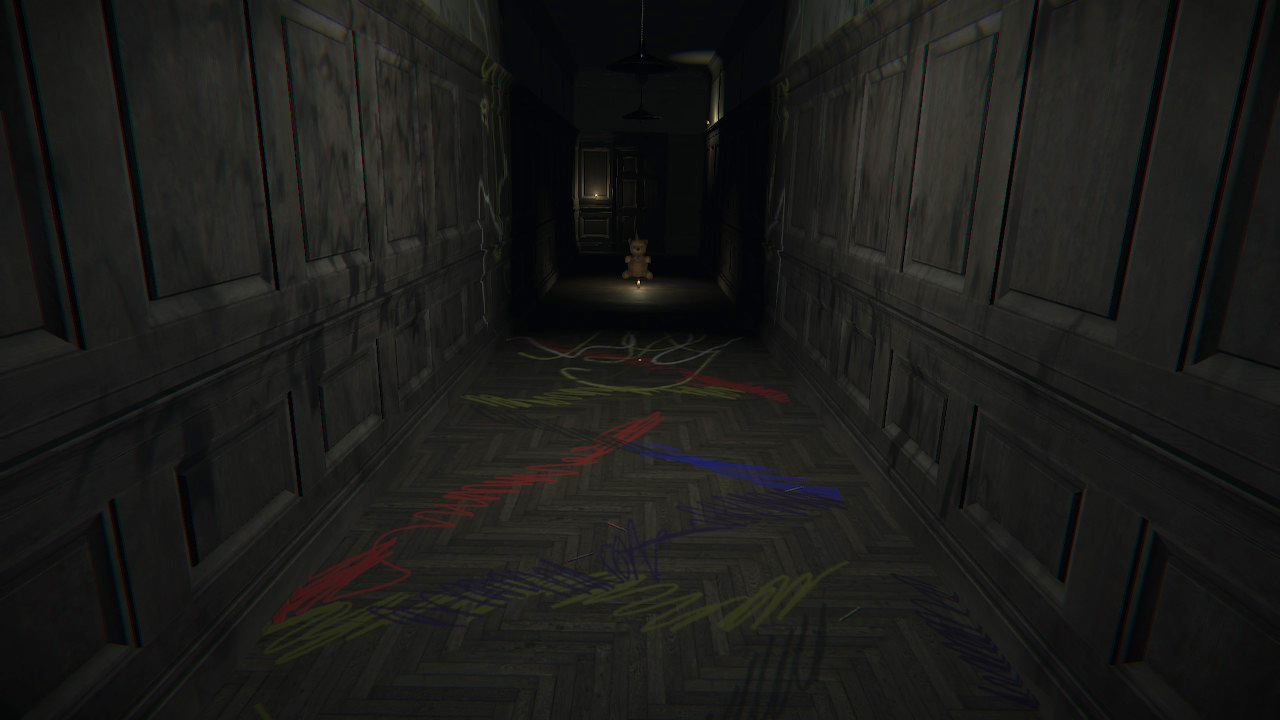 This is not the first time I’ve wandered the haunted hallways of Layers of Fear: Legacy. I originally played this first-person horror game when it was released for Mac in early 2016, and I played it the way the developers intended; alone in my office at night with the lights off and my headphones on. I recall there even being a thunderstorm one night. So, how does it hold up two years later on the Nintendo Switch? Step inside…if you dare.

The haunting takes place in the home of a once heralded but now frustrated painter who just can’t seem to complete his masterpiece. We see the game through his eyes, and a backstory revealed through copious notes scattered about his house reveals the reason for his creative rut. Layers of Fear is set during the Victorian era (plenty of fireplaces and checkerboards, and no TVs), so the house is already creepy enough. But add in its slow deterioration and the fact that you can never leave it, and it quickly starts to feel like an inescapable trap. 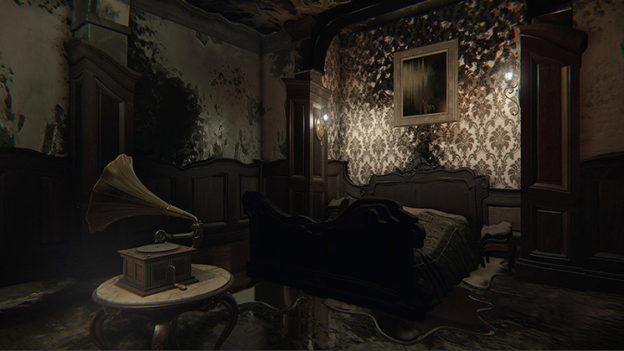 Exploration largely consists of opening drawers and cabinets. So many drawers and cabinets. The Switch version allows you to use Joy-Con motion controls for this, but don’t; the L stick provides better precision. You’ll learn from these notes and from memories triggered by certain objects that the painter and his wife are facing a souring marriage, but why? There’s alcohol involved. There’s obsession. There are annoying animals, a horrible accident, and a child. Each revelation is quick and to-the-point; the building sense of dread is never put on hold so you can read overly long passages of text.

Layers of Fear is mostly divided amongst six chapters that end with you acquiring—through disturbing and grotesque means—a new material (or layer) for the final painting. With each chapter, the house you’re exploring becomes increasingly decrepit. Rats are everywhere (or are they?), once normal paintings shift into hideous creations, wailing can be heard in adjoining rooms, floors and foundations are torn apart. There are moments where you can decide which door to open, whether to follow the scurrying rats, or how seriously to take the warnings written on the walls (take them seriously), and your choices can affect the ending by closing you off from certain items that can be found. Doors will lock behind you if you’re going the right direction, preventing you from needless backtracking. And although you explore the same rooms throughout each chapter, they’re rarely presented the same way. In fact, the manner in which they change as you creep closer towards insanity makes for some of the Layers of Fear’s more chilling moments. Never has turning around been so frightening. 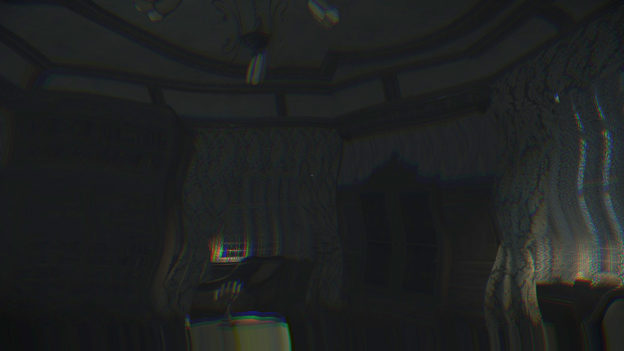 Nor has walking down a hallway. The developers know it’s not what jumps out at you that terrifies, it’s the expectation that something will. As such, we’re presented with many elongated hallways to cross, sometimes empty, sometimes…not. 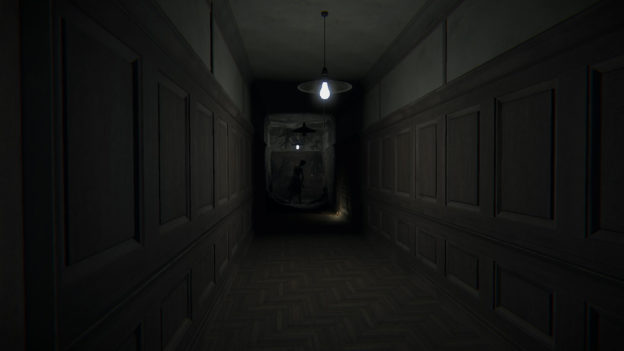 It’s worth noting that you cannot save your game in the middle of a chapter. Only after you’ve made it back to your art studio and painted a new layer will the game record your progress. This may strike you as annoying, but it’s actually an effective way of keeping you in the game. If you get too freaked out to continue, too bad. What good is a funhouse if it allows you to leave in the middle because you’re too scared? It also helps that you cannot actually die in this game. At worst, your character passes out from fright and quickly awakens to hobble forward.

I had some trouble with Layers of Fear’s ending the first time I played it. There are three possible outcomes, none of which were overly satisfying, so you’ll have to play it multiple times to get them all. That’s not a huge time investment considering the game can be completed within about 5 or 6 hours, but this being a horror story, the game’s not nearly as effective the second time through. Instead of wasting your time on multiple trips through the house, just pull up the other two endings on YouTube after you’re done. You can then start up the included Inheritance DLC, which I won’t detail here for fear of providing spoilers. I will say that although it’s quite short, it does a better job of tying up some of the loose ends from the main game.

Your take on Layers of Fear: Legacy will largely be affected by how you play it. As I mentioned earlier, it’s best to play it alone in the dark, as I did my first time. For this review, I played it with my 14-year-old daughter after everyone else had gone to bed or fled to the safety of another room. This was a lot of fun, and I can see Layers of Fear becoming a superior substitute for the traditional horror movies at sleepovers…provided parents are okay with the mature rating (language and, obviously, disturbing content). Whether by yourself or with others, docked mode is definitely the way to go on the Switch. The visual scares and the macabre house design aren’t nearly as effective in portable mode. 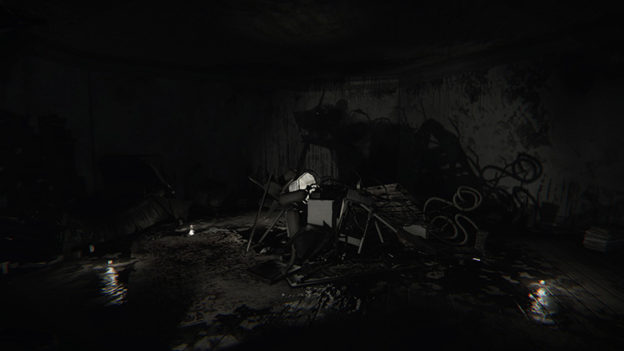 No matter how you play it, Layers of Fear: Legacy provides an astounding psychological horror experience right up to the point when you click on your painting that one final time. The relatively low $20 asking price more than makes up for my issues with the conclusion, especially since it includes the better ending of the Inheritance DLC. The jump scares were effective even on my second playthrough two years later, and I had fun playing it with my daughter. Her warnings of, “No. Just…no,” may have been valid as we stood looking down the stairwell into the darkened cellar, but as we, the developers at Bloober Team, and our troubled painter know, making the right decision doesn’t make for good horror.