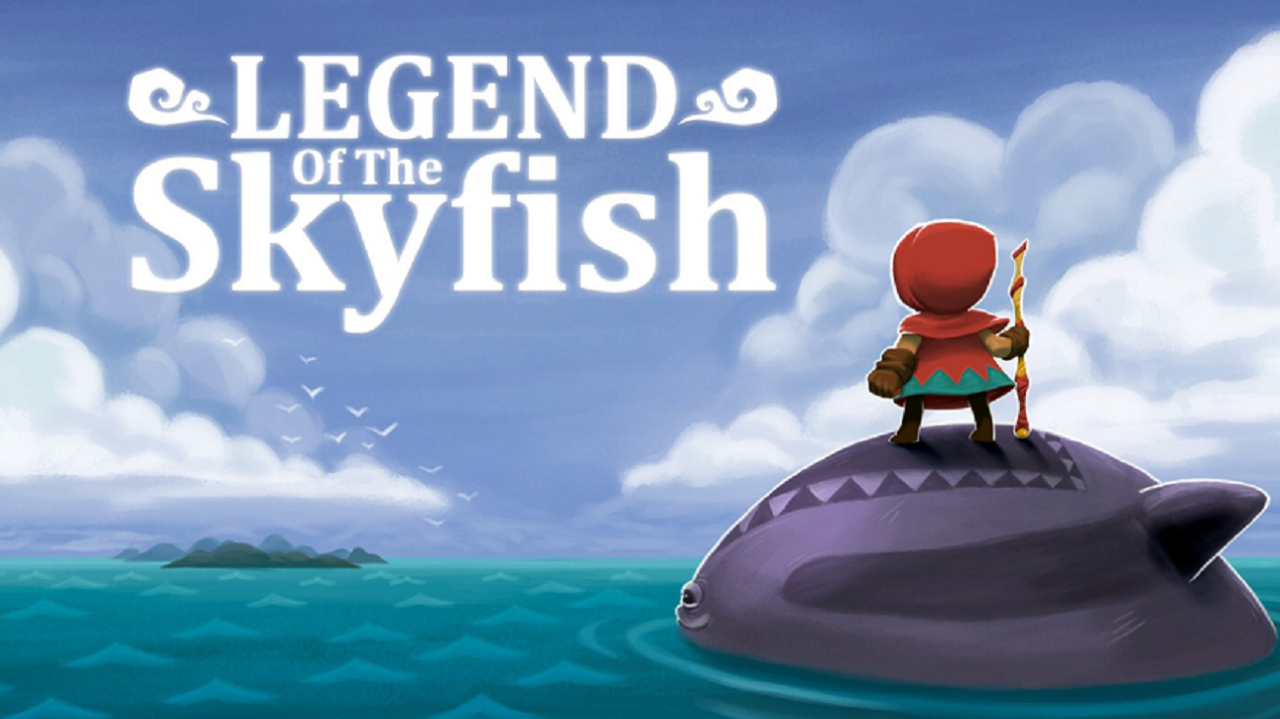 Legend of the Skyfish is a cute game, but one that’s highly repetitive. Playing it for any length made me grow bored, so I instead chose to tackle it just a few levels at a time. With that approach, it’s not a bad little adventure, but it’s not really good either. I doubt it will leave much of an impression with most gamers, despite a passing nod to The Legend of Zelda.

I should be clear, this game has very little in common with Zelda games beyond some superficial things. So, if you’re looking for an alternative, keep looking. But I actually give Legend of the Skyfish credit in this regard as at least it’s not trying to feel like a smaller imitation. Since any Zelda comparisons would be unfair, that’s the last I will mention Nintendo’s flagship series in this review.

Despite a promising fully-voiced intro, story isn’t really a factor in Legend of the Skyfish. In fact, I forgot what it was until I revisited my notes, as it isn’t touched on during the game. In short, you’re on a rescue mission with the Skyfish and his army in your way. Some more voiced cutscenes between islands would’ve been quite advantageous.

You travel to small-scale islands automatically—there’s no water adventuring in Legend of the Skyfish as it’s dry land only. The game progresses 100% linearly. You’d think that would indicate the introduction of many new mechanics, but not really. What you do early on, you’re still doing near the game’s end. And the gameplay quickly grows stale due to the repetition.

Now granted, using a fishing pole as a weapon is a great “hook,” but I wish it had more depth to it. It’s much too easy to drag enemies with it before they even become aware of your presence. Once you upgrade the pole it makes progress even easier.

At least everything looks quite nice, with attractive hand-painted environments that seem livelier than they actually are. The musical score is by Sean Beeson—he was a composer on Epic Mickey 2. But even with the volume cranked and the sound effects muted I have a terribly hard time hearing it! I can’t imagine it was deliberately meant to be so soft, so there must’ve been an issue during the porting process.

If Legend of the Skyfish drops to its app price of $3.99 I’d have an easier time recommending it for its good-looking presentation and fishing pole approach to combat. But even then, my recommendation would be limited to those looking for a straightforward game and willing to tolerate the muffled music and repetition.

If Legend of the Skyfish drops to its app price of $3.99 I’d have an easier time recommending it for its good-looking presentation and fishing pole approach to combat. But even then, my recommendation would be limited to those looking for a straightforward game and willing to tolerate the muffled music and repetition.