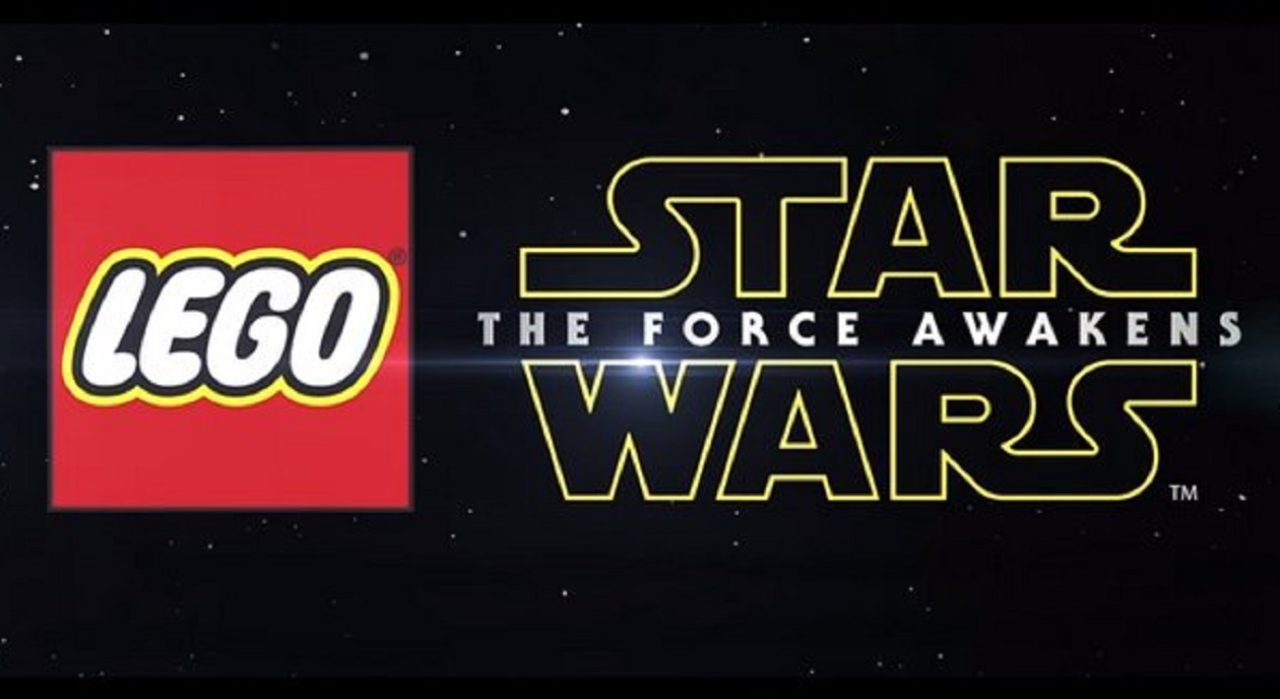 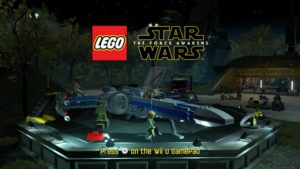 The most recent LEGO title from TT Games has finally released, albeit over six months after the movie it’s based on. Despite the delay, LEGO Star Wars: The Force Awakens is an entertaining package that’s already finding success. Let’s take a closer look at the action that’s on offer here, both on the Wii U (played cooperatively with my wife) and the 3DS (played solo … no pun intended).

At this point, I think it’s fair saying that more gamers than not understand the foundation these LEGO titles are built upon. That long-standing familiarity has led to proven, dependable fun, regardless of the crowd-pleasing property being focused on. For those looking for new features, this adventure has a couple that are worth talking about in detail. 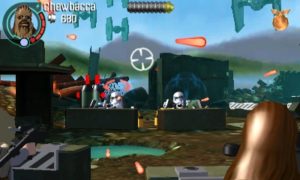 Blaster battles are a fresh addition, allowing you to fight while using certain objects as cover. Popping up from behind your surroundings, and scampering to other nearby ones lends a fun arcade flair. These are used frequently enough to not be missed, yet not so much that you’ll grow tired of them. The multi-builds system injects some variety, notably with puzzles. Building and rebuilding from the same set of bricks means you’ll often need to use them in the correct order. None of the puzzles are especially hard (this is a LEGO game after all) but this new system does make you stop and think. 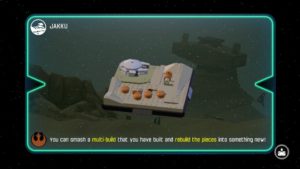 Both of these new features, though perhaps ultimately somewhat minor, work for the game’s betterment. Even small steps forward are steps forward all the same. They help offset the potential for LEGO déjà vu; especially welcome given that the source material has been noted for having its own déjà vu concerns. 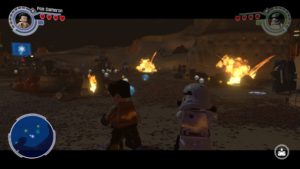 Wii U visuals – lighting effects in Hi-def.  With a conflicted FN-2187 in stormtrooper gear

The audio/visual package is pretty good, though slightly mixed in the Wii U version. There’s odd fluctuations in the sound that were hard to overlook. The vocal clips often seemed to be of lower quality. Subtitles are available thankfully, and there’s a good chance they’ll be needed as we suffered a glitch making the music blare! At least the John Williams’ soundtrack is superb. On the visual end, this game is largely up to LEGO standards. The humorous cutscenes especially fare well in HD. The lighting seems quite pronounced here, but some locales (like Jakku) aren’t as exciting to explore due to lack of color. 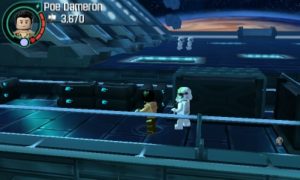 The 3DS version, though not in HD of course, looks rather good for the system it’s on. It’s colorful, and has stereoscopic 3D support. The cutscenes are slightly edited, but not in excess like prior LEGO games on the hardware. Subtitles appear on the lower touch screen, but with headphones the audio shines. No sound bugs were found here thankfully. 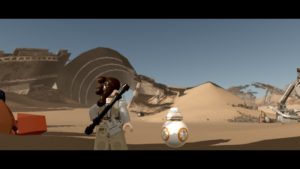 Wii U co-op – so much fun! Rey & BB-8 pictured here, getting ready to explore on Jakku.

If you’re a fan of co-op gameplay, LEGO Star Wars: The Force Awakens should be near the top of your Wii U wish list. Using the GamePad as a separate screen from the TV in multiplayer might not be the most innovative feature, but boy does it make the game fun! The practicality of letting each player have their own display makes for fine Gamepad use. My wife and I really enjoy playing these LEGO games together. There is no co-op feature in the handheld version sadly, but it wasn’t expected, and the game is $20 cheaper on 3DS. 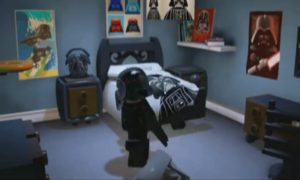 You’ll notice I haven’t mentioned the story in this review. Do spoilers still count at this point? I will say that the developers beefed it up markedly through great unlockable levels and side missions, including a link to Return of the Jedi. And I’ll reiterate that the LEGO humor works well here. It made for some genuine laugh out loud moments with us. It also helps keep the game at an E10+ rating. 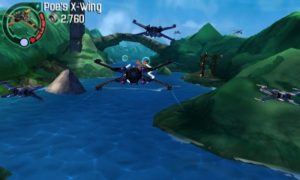 The replayability is strong, with plenty of Star Wars vehicles and new locales to unlock. There’s also over 200 characters, though a good number are minor variations. Exploring on feet, or while flying in the air, will keep you busy. Even after beating the game, there’s still plenty we want to do and collect. It’s worth noting that the 3DS version seems comparable in terms of content, not suffering considerable cuts like prior games. What tweaks exist are more for order and appropriate pacing, plus little extras like interactivity during the loading screens. 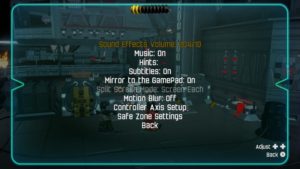 Wii U sound bug – loud music, soft vocals. One of many glitches.

As for drawbacks, the lengthy day one patch for the Wii U version didn’t leave the best opening impression upon us. Certainly the console sound glitches deeply impacted our enjoyment, as have a few more bugs we’ve discovered on both systems. Repetition (though not new to LEGO games) is present with both versions, and I do think that the delay between the movie and game hurts things to some extent. 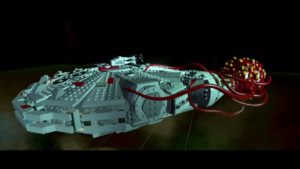 Wii U cutscene – the Millennium Falcon finds … a hitchhiker in the galaxy?

LEGO Star Wars: The Force Awakens is familiar fun that comes recommended on either system (in spite of several bugs), but especially for co-op Wii U players and families. These games do have a tendency to drop in price quickly though, so casual and more patient fans might wait for a price reduction. May the Force be with you.

LEGO Star Wars: The Force Awakens is familiar fun that comes recommended on either system (in spite of several bugs), but especially for co-op Wii U players and families. The Force is just strong enough with this one.