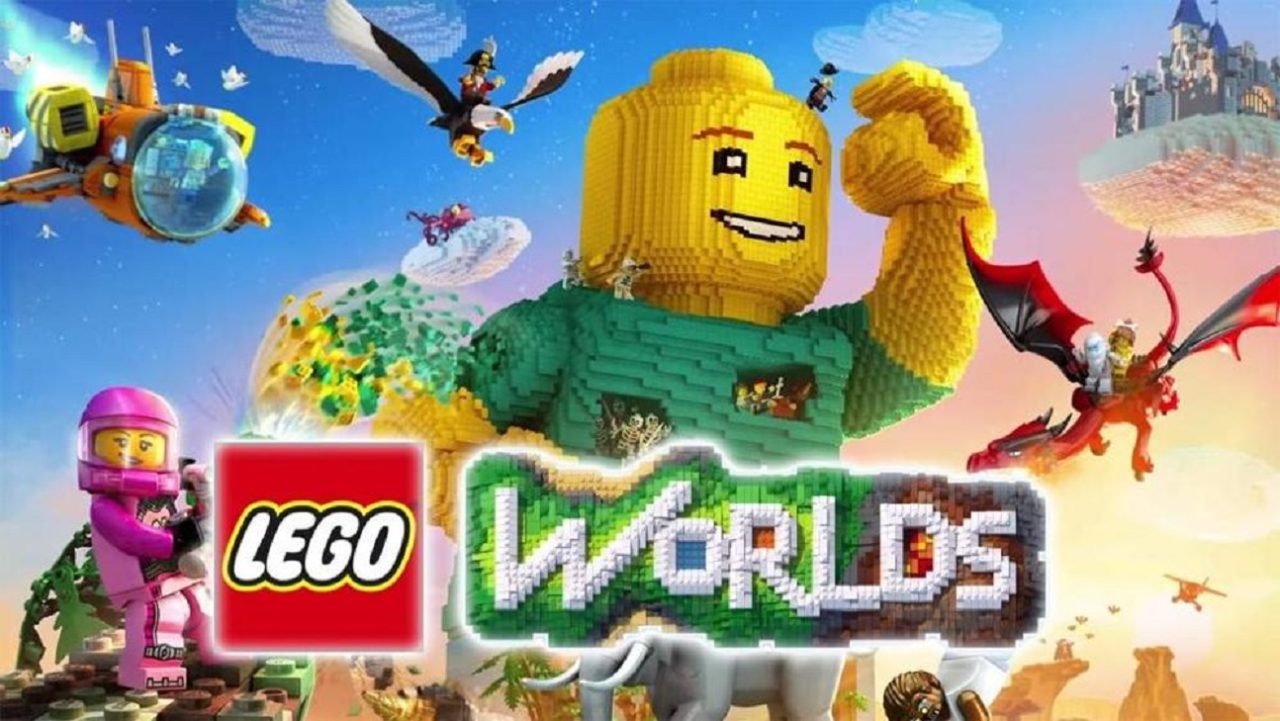 LEGO Worlds is a new action-adventure puzzle game from publisher WB Games and developer TT Games. You explore the different LEGO Worlds on base plates. These appear to be square much like the ones that would come with a LEGO set.

When beginning the game you will crash in Pirate Playground. Shortly after this, a meteor lands, and exploring this area will give you the Discovery Tool. You can use the Discovery Tool to copy and place objects. Once an item has been discovered you can remove or insert the item into the game at will.

Discovering new items will cost you money to unlock. But do not worry; what is a better place to collect treasure than a pirate’s ship? Like most LEGO games, you are able to interact or smash objects to generate more money. Completing tasks for characters in the game will also generate money as they seem to just toss it into the air. Some completed tasks will only give you an item while others may give you a golden brick. Golden bricks are used to unlock new worlds and some objects

In the next part of the tutorial, you will go to Prehistoric Peril, where another meteor will carry down the Landscape Tool. This tool allows for manipulation of the ground. For example, if a hill is too high you can level it out. All the missions in this world can be solved using the Landscape Tool.

Candy Construction is the last level of the tutorial, and here you will get the remaining tools: the Paint Tool, the Build Tool and the Copy Tool. There will be at least one mission to solve using each tool. The Build Tool is kind of like the Discovery Tool in that you have to unlock most pieces before you can use them. It can also be a bit of a pain to build a structure brick by brick.

At times, getting the right camera angle was a bit difficult which was a little frustrating. There are also times when a character will ask you to place a structure, but in doing so, the character will walk in front of where they are asking for it to be built. This causes the Discovery Tool to focus on the character, thus stopping you from being able to build that structure.

In the beginning, I was a bit disappointed in the game, but after getting past the tutorial and the Crofts Ossian and doing a few random world generations, I began to really enjoy it. Nothing like riding an alligator or badger around to add to the fun.

Keep an eye out for troublemakers who have to be chased down to get whatever they are holding – sometimes it’s a new piece for the building, other times it’s a golden brick. It reminded me of trying to catch the rabbit in Super Mario 64.

For those who don’t want to take the time to unlock and complete story mode, there is also an option for Sandbox mode. In this mode, everything is unlocked and players can create as they would like. I wanted to play more of the game before using this mode. Although unlocking every piece can feel a bit tedious at times, it still feels like an accomplishment to complete.

For those looking for a co-op game, LEGO Worlds does offer local co-op. What can be more fun than building a world or worlds with a friend?

In the end, LEGO Worlds offers a great mix of what is expected in a LEGO game with an alternative to open-world sandbox gameplay. For those who like to have tasks to complete, Lego Worlds is plentiful. Let’s go build something.

In the end, LEGO Worlds offers a great mix of what is expected in a LEGO game with an alternative to open-world sandbox gameplay.