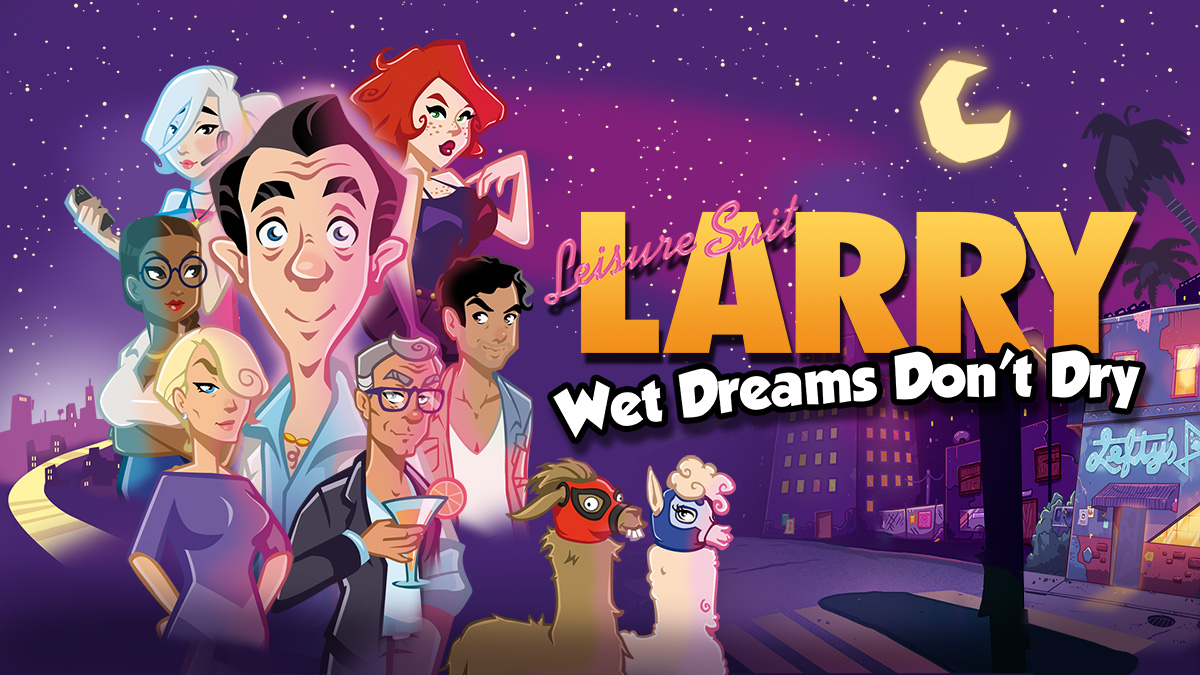 Good to see you again, Larry. Kind of.

Leisure Suit Larry: Wet Dreams Don’t Dry was released for the Nintendo Switch in mid-June of 2019, and I let it slip right past me. I shouldn’t have done that, as I’m embarrassingly over-qualified to take on this review. I played the first game in the series—Leisure Suit Larry in the Land of the Lounge Lizards—as a freshman in college in 1988, and it was likely responsible for shaving a few points off the GPAs of me and my friends.

Since then, I’ve played every LSL game that was scripted by franchise’s creator: Al Lowe. This one’s not, but I’m a legit fan of Larry, which is why I jumped at the opportunity to finally give Wet Dreams Don’t Dry a look when the Happy Ending DLC was released earlier this year. Having finally spent some more quality time with the character, I’m pretty glad I did…even if the smarmy fellow has become more annoying with age. 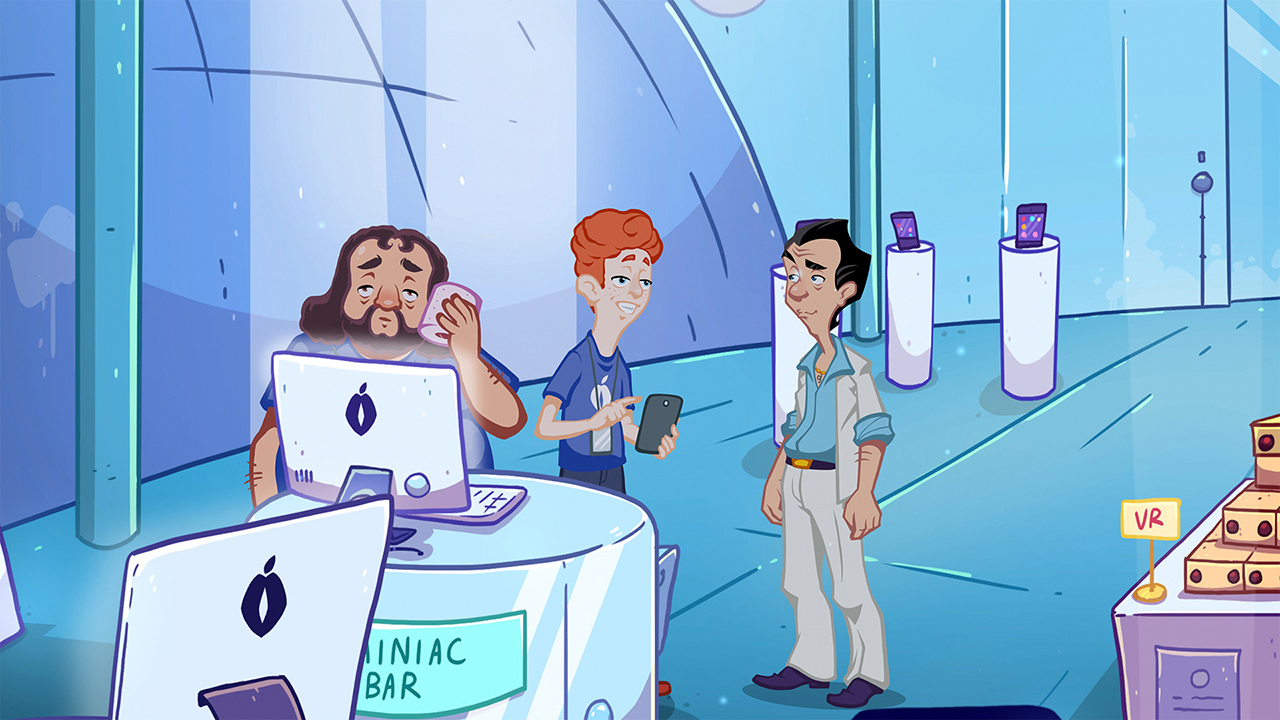 Larry is, and always has been, a loser. Ever the optimist at hooking up with women, he was a ‘70s relic when he first appeared in the late ‘80s. But that was the point. The games weren’t really about Larry’s attempts to “score chicks,” as the real-life Larrys I know would say, they were about the ridiculous situations in which he’d find himself as a result of those attempts. More importantly, the women almost always had the upper hand; the joke was always on Larry. The developers at CrazyBunch seem to understand this, and they gave us a game that captures that spirit.

Leisure Suit Larry: Wet Dreams Don’t Dry begins with Larry being thrust into modern times. The explanation for how this happened is perfunctory, as it should be. The point is that it sets up plenty of jokes for how a ‘70s/’80s swinger navigates his way through the world of dating apps and the #MeToo movement. Some of these miss, some score, and some are upsettingly accurate in their cynical take on the world in which we live. There’s an early jab about people’s obsession with cat videos that was simultaneously funny and scary.

Arriving right outside of Lefty’s bar from the first game, Larry learns he’s been missing for 30 years although he hasn’t aged a day. (In one of my favorite visual gags, neither has the “artwork” above Lefty’s bar.) 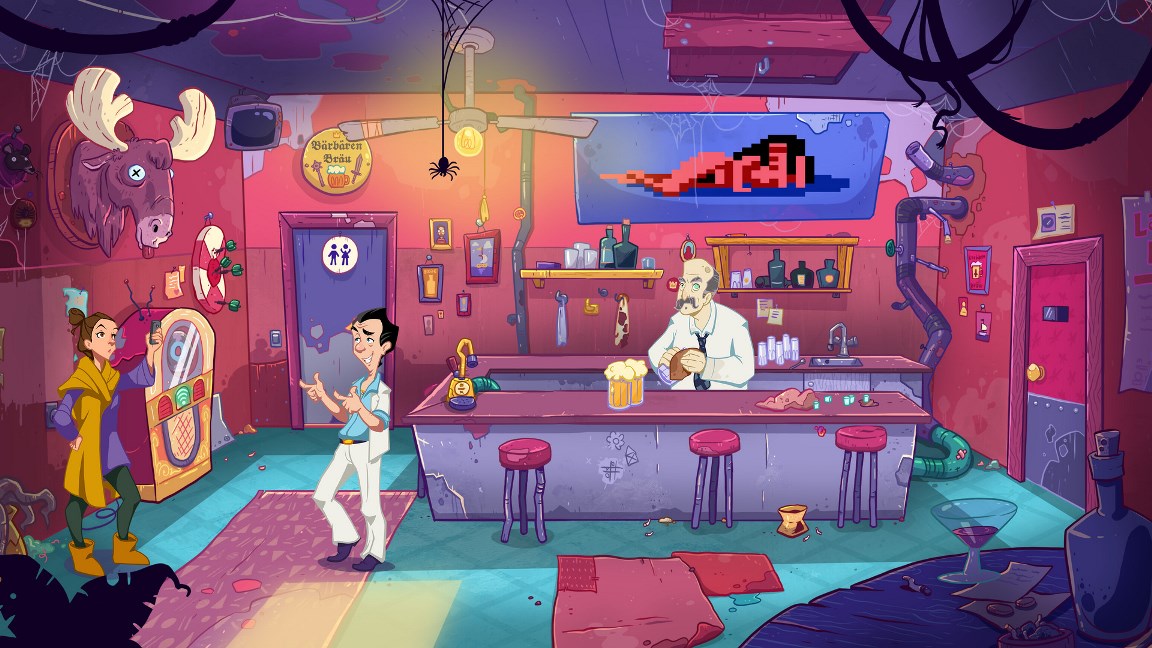 He finds a prototype phone in Lefty’s bathroom, and upon returning it to Bill Jobs at the tech company Prune (put it together), he becomes enamored with Bill’s personal assistant, Faith, who only dates people with a perfect score on the popular Timber app. Larry gets a phone of his own and resolves to get himself back in the dating scene to raise his Timber Score.

Wackiness ensues, as one would expect, but so does some modern social commentary that seems aimed directly at the very type of people who’d enjoy a Leisure Suit Larry game.

Larry’s adventure takes him to numerous locations with multiple women to date and a ridiculous number of nonsensical puzzles. 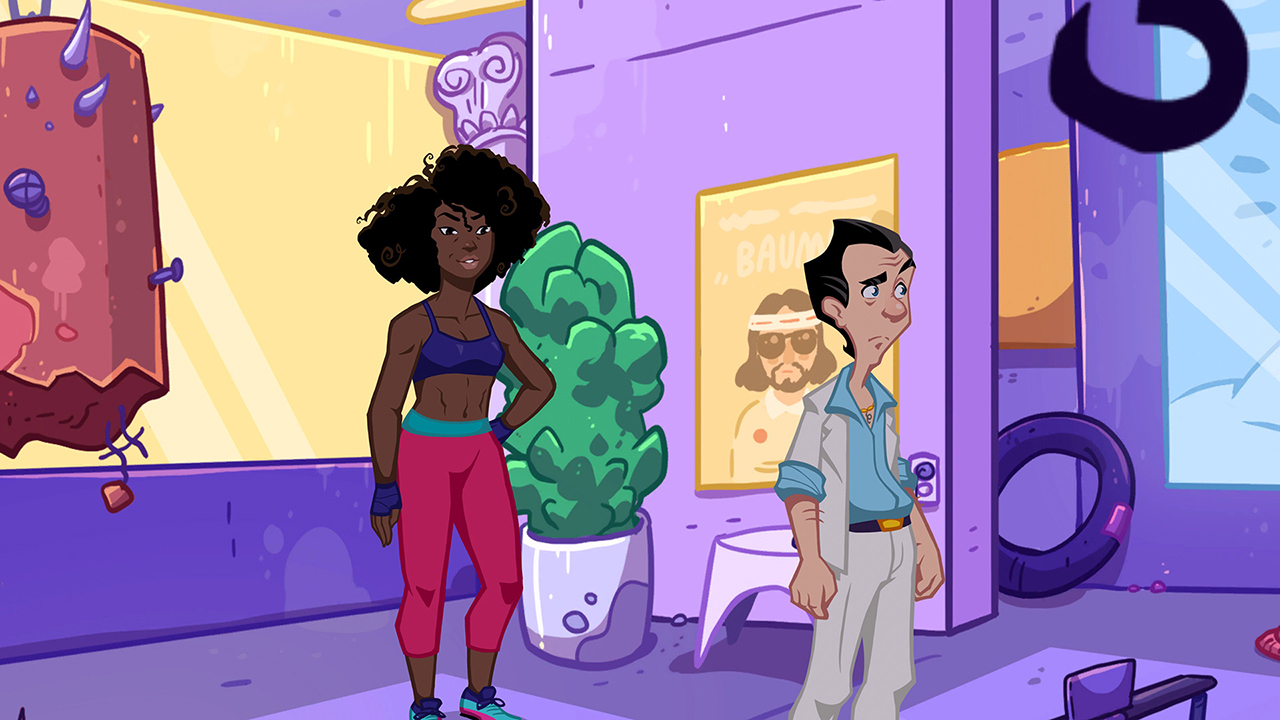 You may as well throw logic out the window when trying to figure these out, as nothing is easily solved. Remember, though, that this kind of the point. It’s how games were made back in the day of Larry’s early adventures, and there are some pretty good jokes written into the failures. If you grab a walkthrough to ease the burden you’re going to miss the laughs.

That said, it’s still a frustrating process that begins almost immediately. If you’re not used to point-and-click interaction and inventory-based puzzle-solving you could end up hating this game. Would a hint system kill anyone? Also, although the game’s sense of humor is sharper than I expected without Al Lowe at the helm, plenty of it is off-color, some of it is downright vulgar, and the easily offended will be offended early and often. I have no problem with any of that, but many of the jokes are quite lazy, too. Writers had to be more subtle with their mature content back in the ‘80s, resulting in innuendos and double entendres that dared us to understand the punchlines. Now, a lot of the jokes are just too obvious.

Another issue with the game is the control system. Inventory management and point-and-click interactions are much easier and quicker with a mouse and keyboard than with your Switch’s Joy-con, and the cumbersome controls exacerbate the trial-and-error problem with the random puzzles. I would love for there to be an option to just snap to points of interest on the screen.

Although I’m not a fan of the art style, the vibrant 2D graphics make it easier to find and interact with items when playing the game in the Switch’s handheld mode. 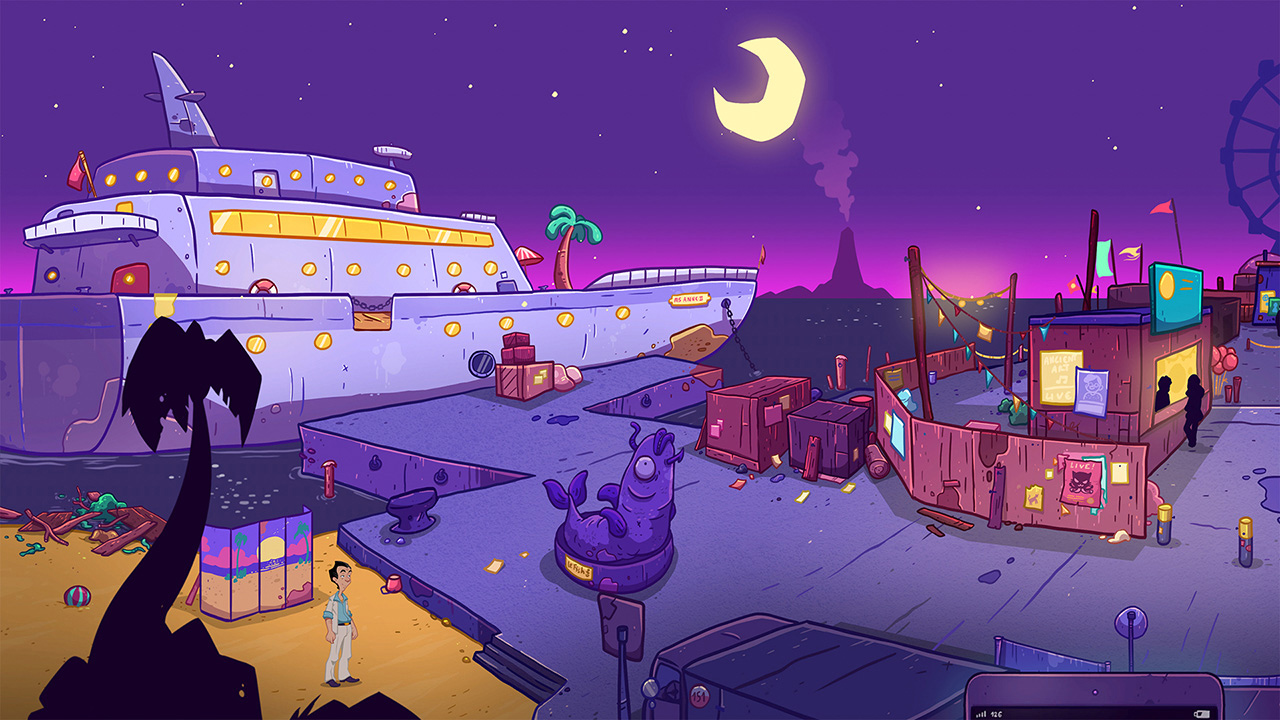 In fact, this may be the best way to play the game as you can also utilize the Switch’s touchscreen controls for object interaction and inventory management. I’m also not a fan of Larry’s voice, which is whiny and grating. Larry’s most endearing charm has to be his unfounded confidence, and yet that never comes across when he speaks.

Those gripes aside, Leisure Suit Larry: Wet Dreams Don’t Dry works better than I would have expected. And hey, to make sure we know we’re in the modern gaming era there’s even some DLC to be had. I can’t really say anything about the new Happy Ending content without giving away the main game’s ending, but it does provide a few more moments of puzzle solving at no additional cost. And I do mean “moments.” Taking less than half an hour to complete, you’ll finish Happy Ending almost before you’ve even started. It may have been added simply to set up a sequel.

I’m not sure Wet Dreams Don’t Dry is worth playing if you’ve never been on an adventure with Leisure Suit Larry before, but those of us who have will enjoy the trip back in time to…uh…2020. The comedy is mostly there, the frustrating puzzles are fully there, and the lessons therein will make us take a critical look at ourselves if we’re open to doing so. Larry’s always been useful in that way.