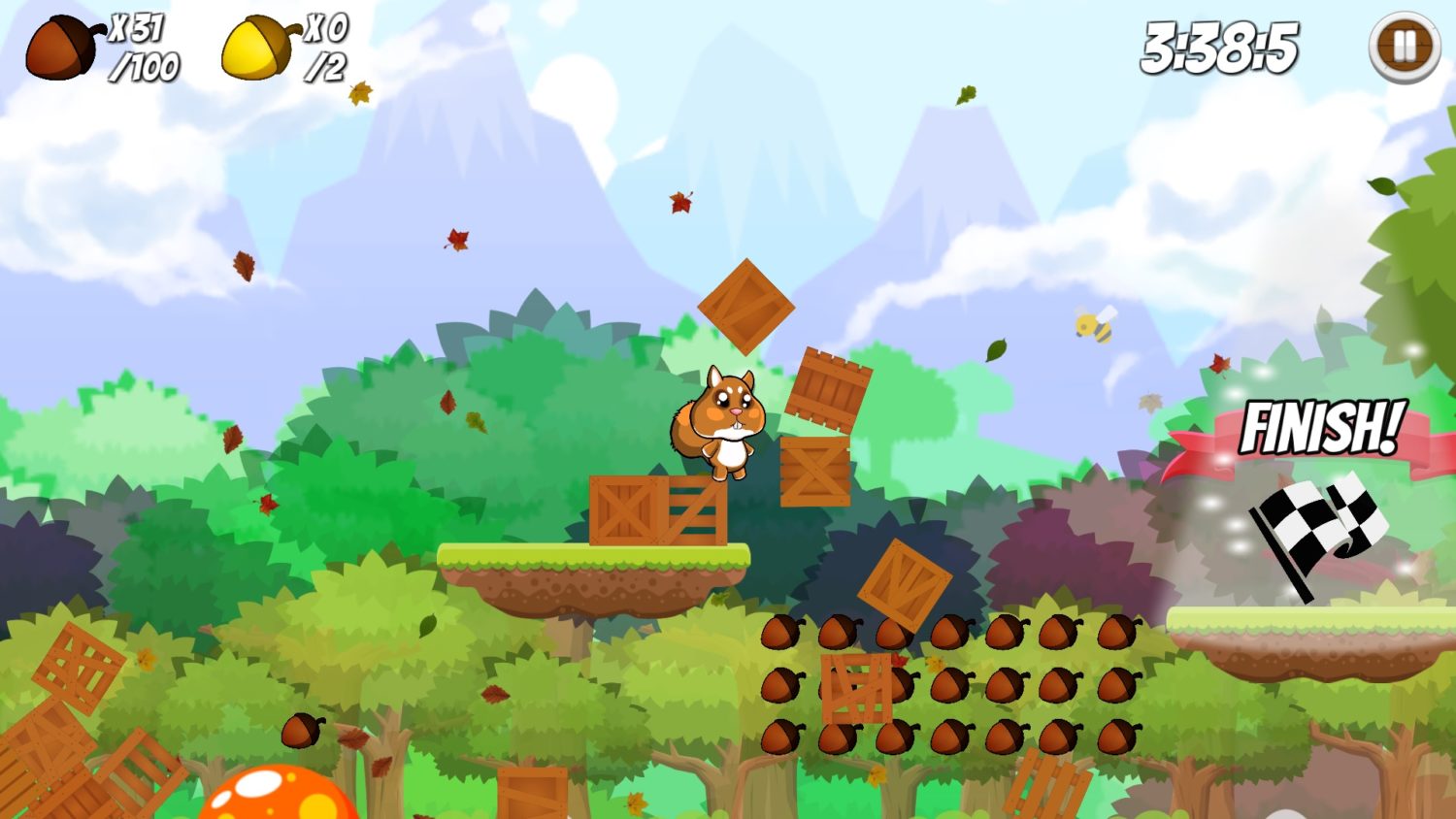 Feeling squirrel-y? “Let’s Go Nuts!”, which launched on the Nintendo Switch July 17, is a cheap platformer (currently $2.99 USD, marked down from $9.99 USD) that just might keep your little ones entertained all day.

Unfortunately, that’s probably the best and only demographic for this platformer.

For seasoned gamers, “Let’s Go Nuts!” lacks the amount of charm one might think would come jam-packed in a title of this animation style. Yet, even as precious as our squirrel main character is, the game felt like it was ripped out of an early Neopets era, with the look and feel of a mobile platformer. And one not quite interesting enough to make for a competitor to the dynamic console platformers of today. 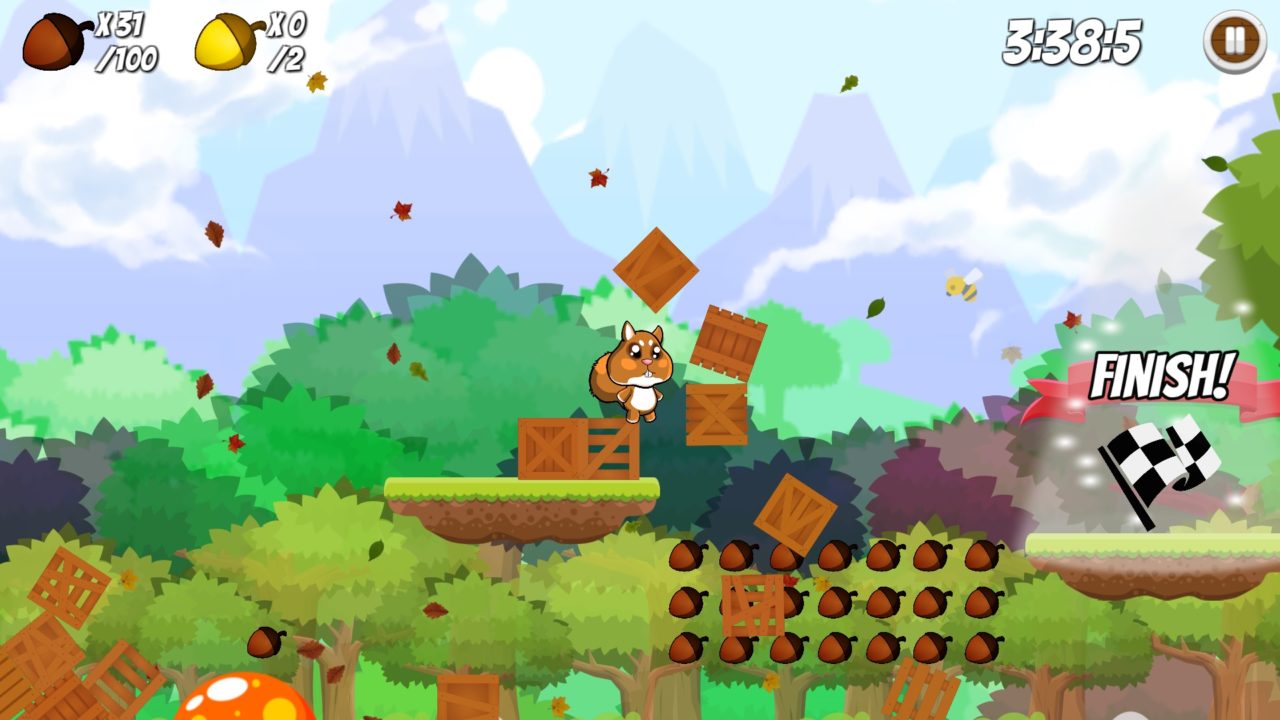 “Let’s Go Nuts!” offers couch co-op and single player, with different themed levels to play through. Each possesses its own varying difficulty, but the only strategy was jump across the level. The lack of diversity made it tough to progress through the game without losing interest significantly. For someone looking for a good speedrun, adding that challenge to the levels did make it a little more interesting. But I’m of the opinion that the player shouldn’t have to come up with interesting ways to play a game to make it fun—it should just be. 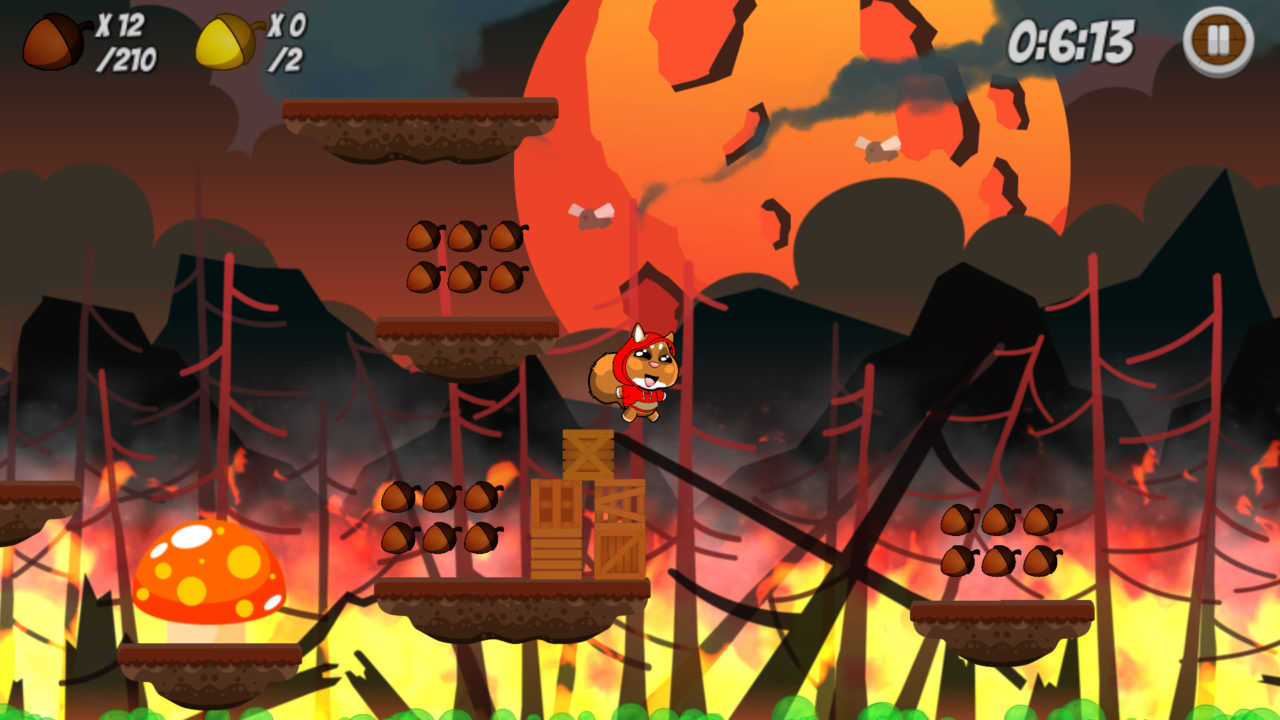 I recognize that its simplicity is what might make “Let’s Go Nuts!” more accessible and entertaining for a much younger audience. If I were younger, I definitely would have played a game like this one.

I grew up in a time where “Legend of Zelda: Link’s Awakening” and “Pokemon Red Version” were widely played in my age group, and successful platformers like Sonic the Hedgehog and Super Mario Bros reigned supreme. As simple as the latter series might have been, both required some strategy and puzzle-solving to beat each level. Something this title doesn’t offer. Now, in the age of titles like “Super Mario Odyssey,” a game that feels about as interesting as a ’90s flash game doesn’t make the cut. 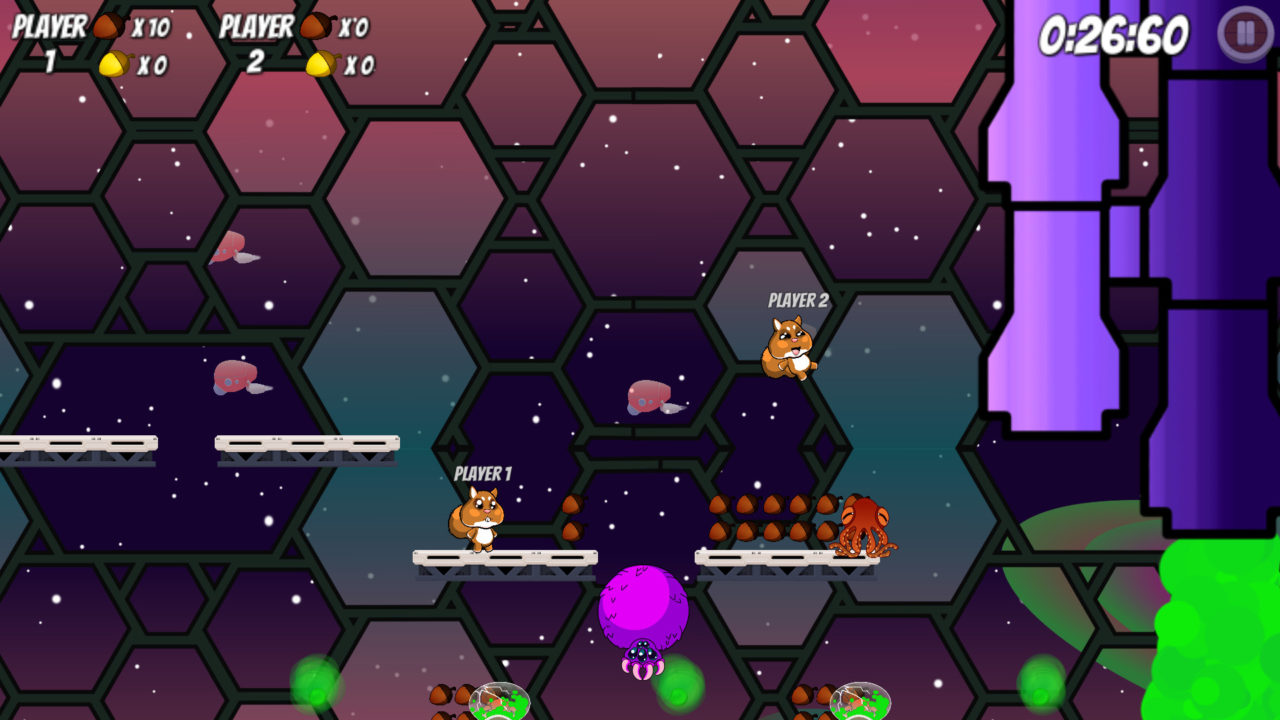 “Let’s Go Nuts!” is simple enough to pick up, and I wouldn’t call the game a complete waste of time. But even the marked down price is too high. Those looking for an interesting platformer to pick up, I suggest looking elsewhere.

“Let’s Go Nuts!” is a platformer catering to children, but even for the younger gaming generation, this title may not offer enough for even its marked-down price.