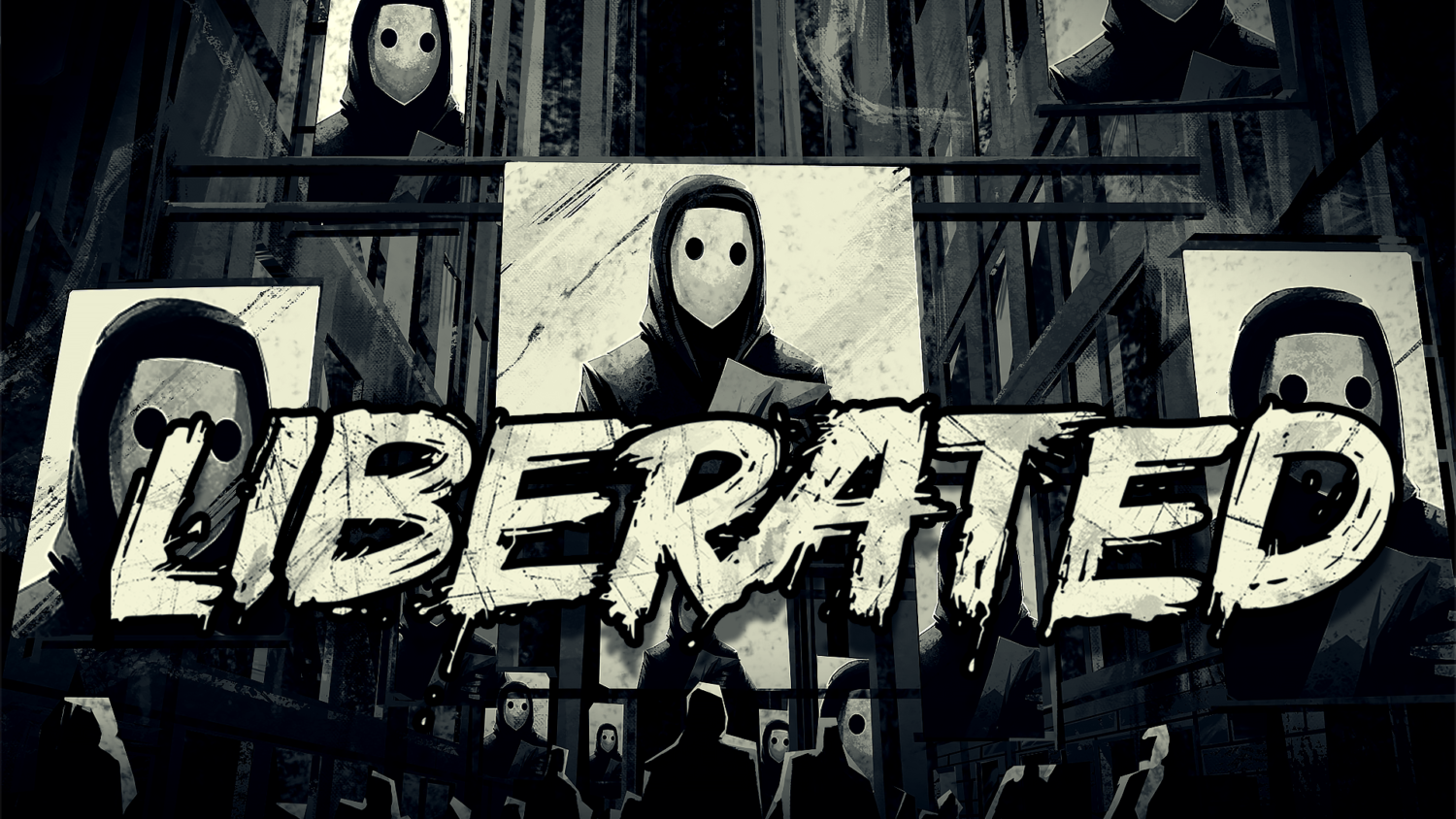 At its core, the story of Liberated is not one that many people will find unfamiliar. The idea of a blossoming secret rebellion against a tyrannical fascist government is a common enough narrative in books, games, movies and wherever else you get your social commentary.

Liberated immediately nails the atmosphere of oppression from the first glimpse of the menu page. The art style and the ominous music combine to evoke instant 1984 and V For Vendetta vibes.

Liberated is structured like a series of comic books. Each issue tells its own story to add to the dark world in which your adventure takes place. The options of ‘player’ and ‘reader’ mode is a nice touch, offering you the choice to focus on the story or the gameplay in your run. 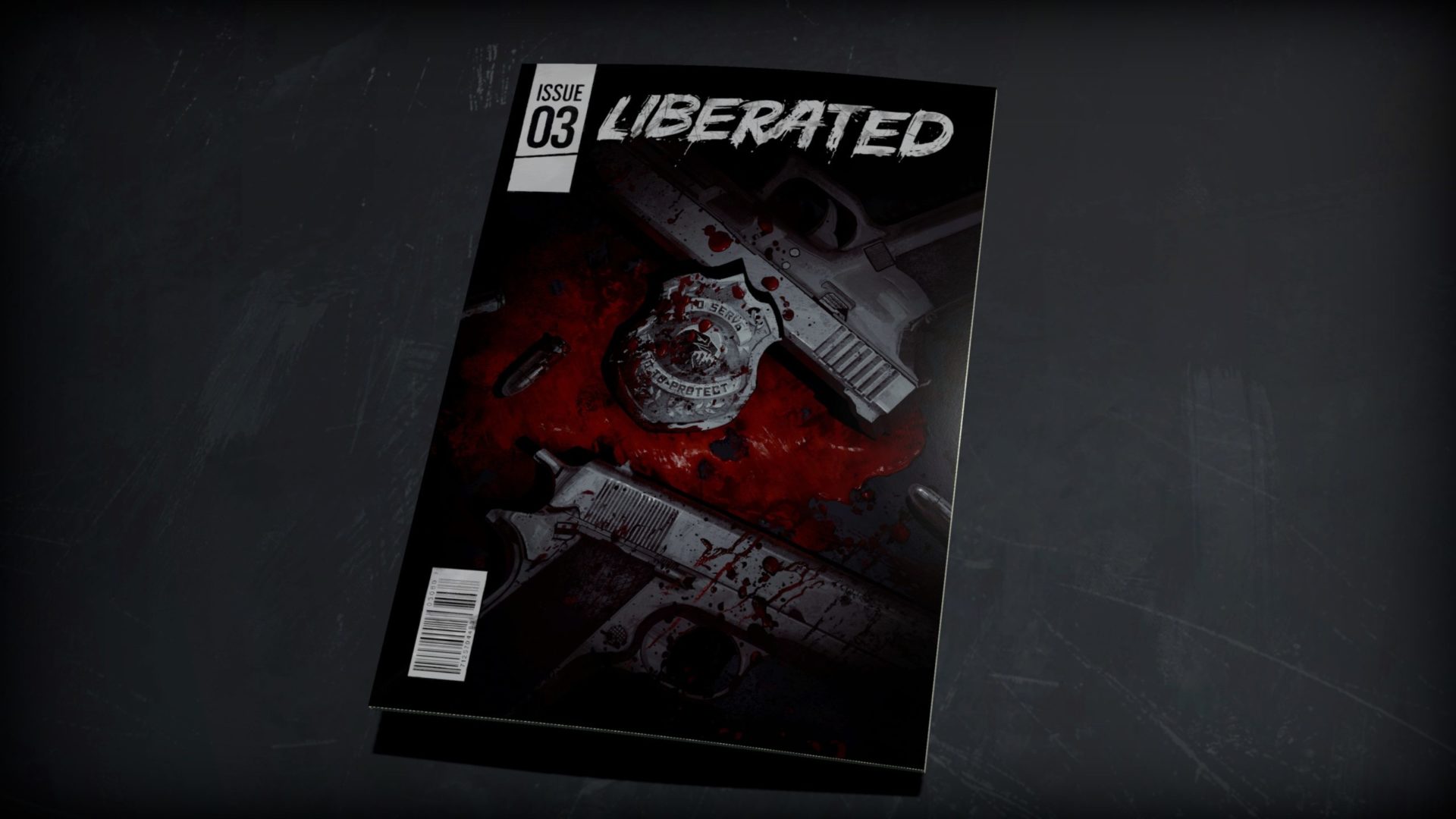 The overarching fascism of the story is immediately clear. People are judged by the Citizenship Credits they have accumulated with desirable behaviour, tracked via smartphone-like devices. The protagonist of the first issue is violently hounded and detained by police in the first scenes without a cause to arrest him. He is mysteriously shady and it is a credit to the creators that it is balanced so finely against the cruel story world that you instinctively like him anyway.

The scenes you see are wonderfully enhanced by the hand-painted comic panels. They are genuinely gorgeous to look at. They would be even if they were still, but are further enriched by animation that adds subtle details to each panel that adds incredible depth to each moment. These range from the falling rain and shadows, to the glimpses of graffiti, to the way a cop’s torch rolls away into the gutter after you’ve strangled him. 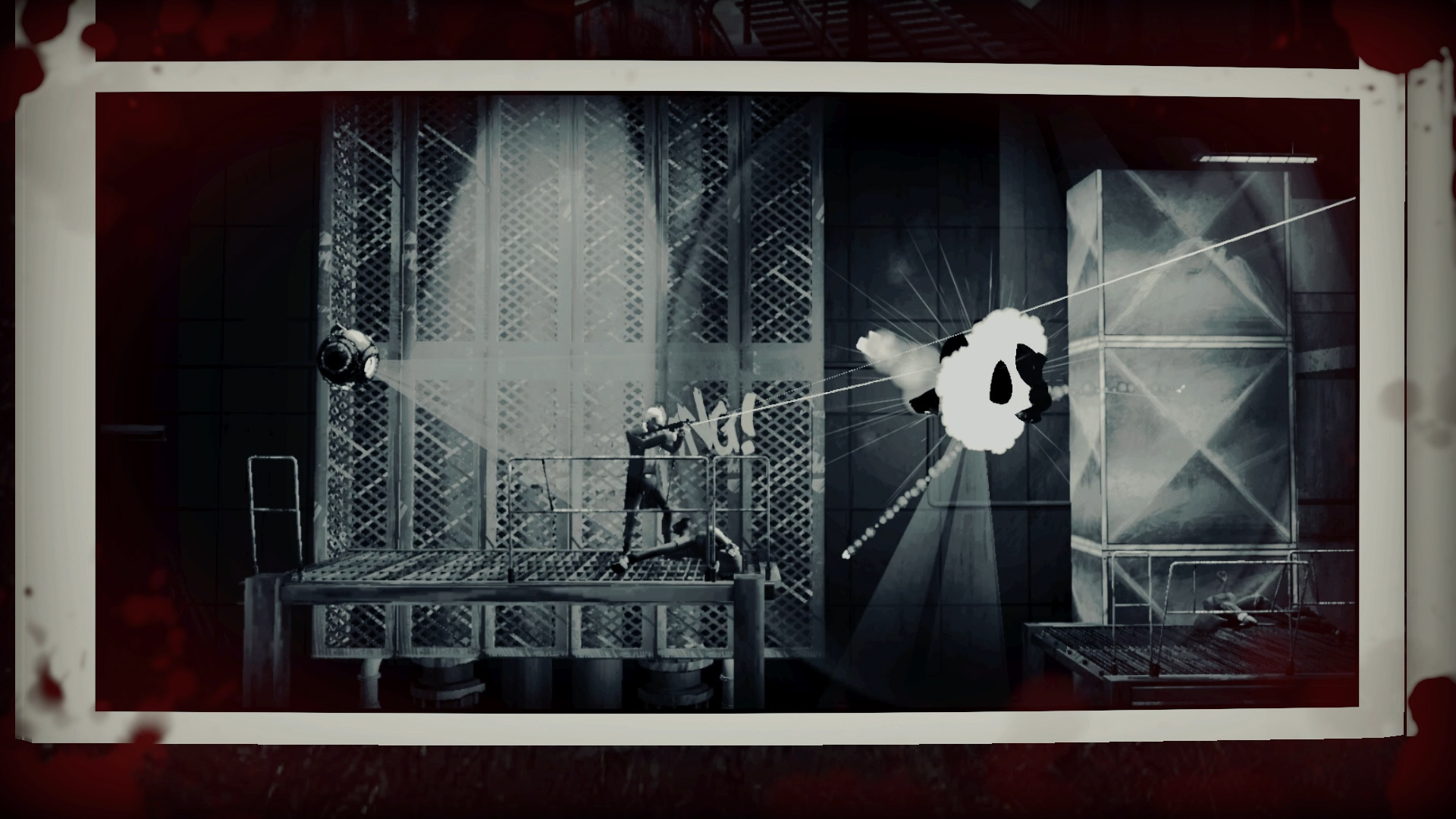 The way Liberated incorporates gameplay into the comic book format is very clever. The gameplay is simple, but engaging and adds more to the general structure than you typically get from visual novels. The minigames are sometimes puzzles to solve and often side-scrolling shooters that pit you against guards, soldiers and drones. It is very satisfying to see “HEAD SHOT” appear in fat comic style text above a falling silhouette. The story can change depending on your choices and the way you play the games, so it feels like you are an active part of the narrative.

Liberated explores themes like government deception and corruption, systemic oppression and rebellion against authoritarianism. Set in a cyberpunk dystopian future, it parallels reality in a way that makes it feel very pertinent in today’s political climate, but still enough of a fantasy that it is a fun escape from reality. If handled poorly, the concepts covered in this game could come across as tired because they have been explored a lot, but Liberated is an incredibly well-crafted game that executes both story and gameplay excellently.

Liberated tells a poignant story through a beautifully drawn series of comics that seamlessly integrates simple but captivating gameplay.