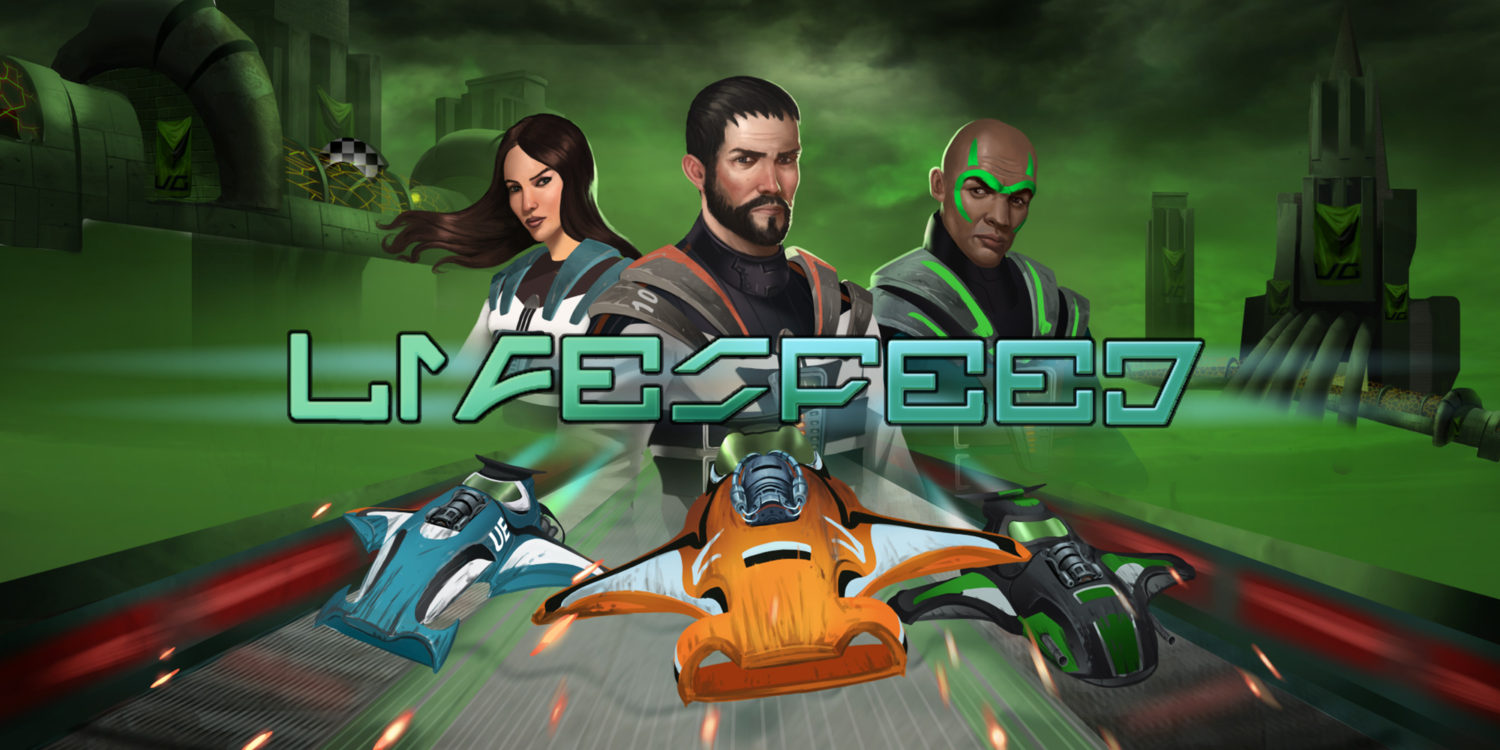 Lifespeed is a futuristic racing title that takes a hint from the likes of F-Zero and mashes it into a Star Fox world to create a series of flying death races. Sound interesting? It kinda is, but it’s also missing a few key elements. Let’s find out what makes this game tick.

The story is fairly engaging and sees you fighting for your planet in a race that determines the fate of your people – instead of war, in the future, we race each other through tunnels to settle disputes. You play the role of Cypher Reid, though in free play mode you can choose from eleven characters.

The best part of Lifespeed is that it looks great and is well presented throughout. A quality intro and menu screen makes any game seem less like a budget title, and really helps it to stand out from the crowd. A little design goes a long way to making a more polished game, and this one does that well. 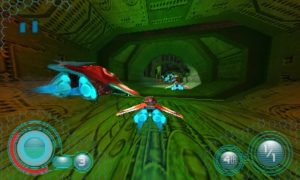 The tracks are also well designed, with 3D graphics providing clear depth to the circuits. Having said that, the tracks don’t vary much in design, apart from colors, so it lacks a little creativity in that area. Between each race, the story unfolds via some very interesting comic-book-style cutscenes, a unique and disparate approach to the 3D races that is a nice distraction from the race and looks good. Unfortunately, these cutscenes can’t be skipped on your first playthrough, which is a little irritating if you just want to get to the next race.

The racing action itself is fast and generally fun. It’s a little on the challenging side, with luck sometimes a requirement to winning. Even on the easiest setting, this game is a little punishing in terms of progression, though it does become slightly easier with practice. The game also presents tips and a tutorial of sorts as the story unfolds, which is hugely annoying during your first race since there are literally no instructions before then. Massive oversight there. 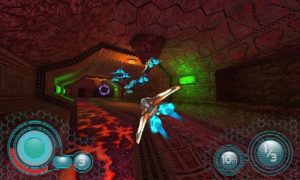 The controls are interesting, to say the least. Unlike most racing games, there is no accelerator. Instead, you start the race at full throttle and simply duck and weave through the tunnels to avoid crashing. Crashing is definitely to be avoided, since you lose a lot of time restarting. There is a brake button, which you’ll need for tight corners, and there are also power-ups gained by flying through various hoops, though I found the weapons unsatisfying and generally ineffective. At times, it’s also hard to tell whether you’re attacking or being attacked.

Another slight irritation lies in the lack of a save feature in the story mode, so if you exit the game (or lose power like I did) you’ll have to restart from the beginning. Oddly, those cutscenes can be skipped on the second play through. On the flipside, there isn’t a lot of content to this game, with only eight tracks, so it’s not a long slog to replay it. Then again, lack of content generally isn’t a positive thing, even for a budget title.

The music and sound effects are decent. They certainly fit the futuristic vibe of the game, with a fast pace that’s generally catchy but borders on being repetitive. It’s clear that the developers have poured some heart into the game’s overall design, setting the tone for a dystopian future worth racing for. It’s just a shame there’s not more of it to play.

Overall this game is OK – its flaws stop it from being great, but it’s definitely polished enough to be classed as above average. It could benefit from a better tutorial, tighter controls, and, most importantly, more content. If you’re into F-Zero or flying games, the $5.99 asking price isn’t too steep to give this one a try.

This good-looking game is one for fans of F-Zero or flying games, with a few quirks that makes it not as accessible for everyone else.