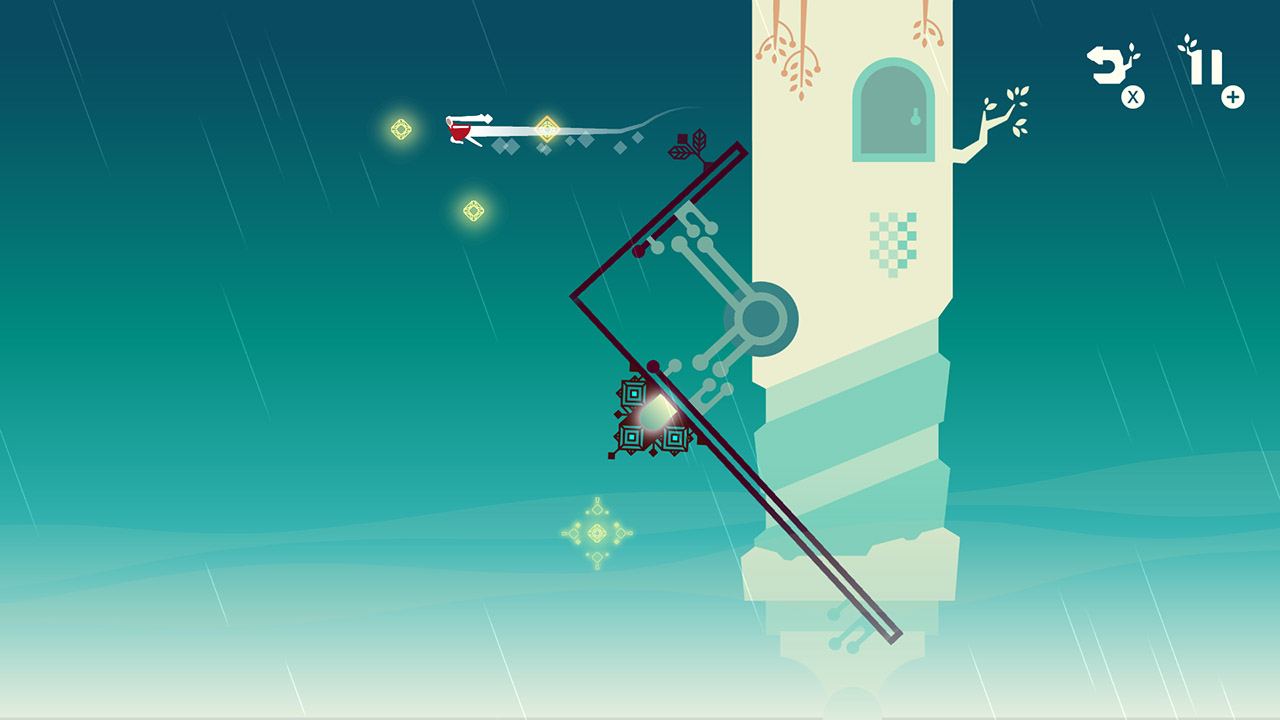 Linn: Path of Orchards is the kind of puzzle game that treads the delicate balance between challenging and calming. Its soothing atmosphere is established immediately by both the gentle music and soft art style. You float gracefully through a twinkling fantasy world that is incredibly easy to sink into.

You play as a guardian of nature named Aban and travel through different levels on a quest to rejuvenate the ancient Tree of Light. The narrative doesn’t have a huge impact on the gameplay, but the backstory in the description adds a nice layer of additional depth to an otherwise charmingly uncomplicated game.

Each puzzle takes the form of a rotating 2D platform. Your character automatically runs and you control when she jumps and changes direction. Each level has multiple goals: to reach the glowing gate in the fewest number of moves and to collect a number of luminous shards. 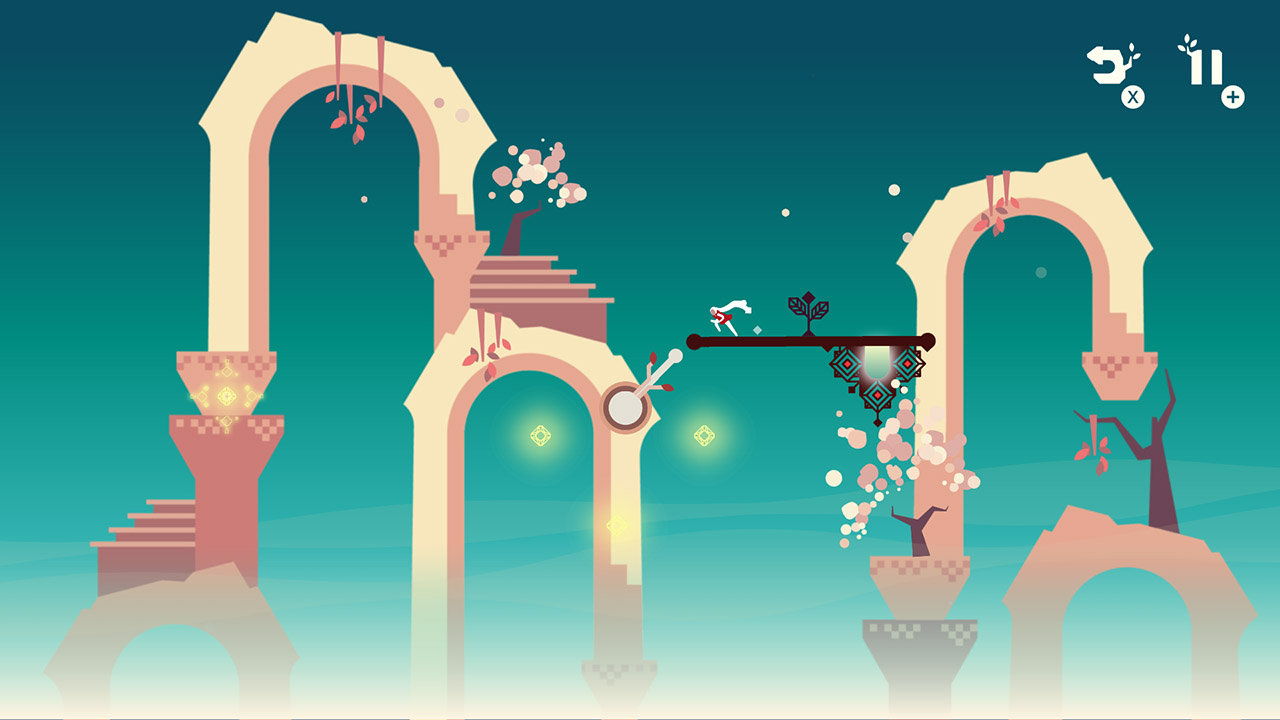 You don’t have to meet every goal to progress to the next level, but you’ll only get so far by just reaching the gates before you have to go back in pursuit of the other objectives. This adds an extra layer to the puzzles in a way that motivates you to engage creatively with each one.

The game starts off fairly easy but, once you get the hang of the controls, the levels soon get more challenging. The movement of the platforms becomes gradually less predictable and gets harder to reach in only a couple of jumps. You need to be quick and precise with your jumps and approach each platform with both creativity and logic. For such a simple game, it does genuinely make you think.

The game is split into four chapters with 56 different levels. You unlock new platforms by not just completing the levels but all three objectives in each one.

Everything about the game is simple but well executed. The colours evoke the richness of a sunset, with bright plants and floating architecture surrounded by starlight. 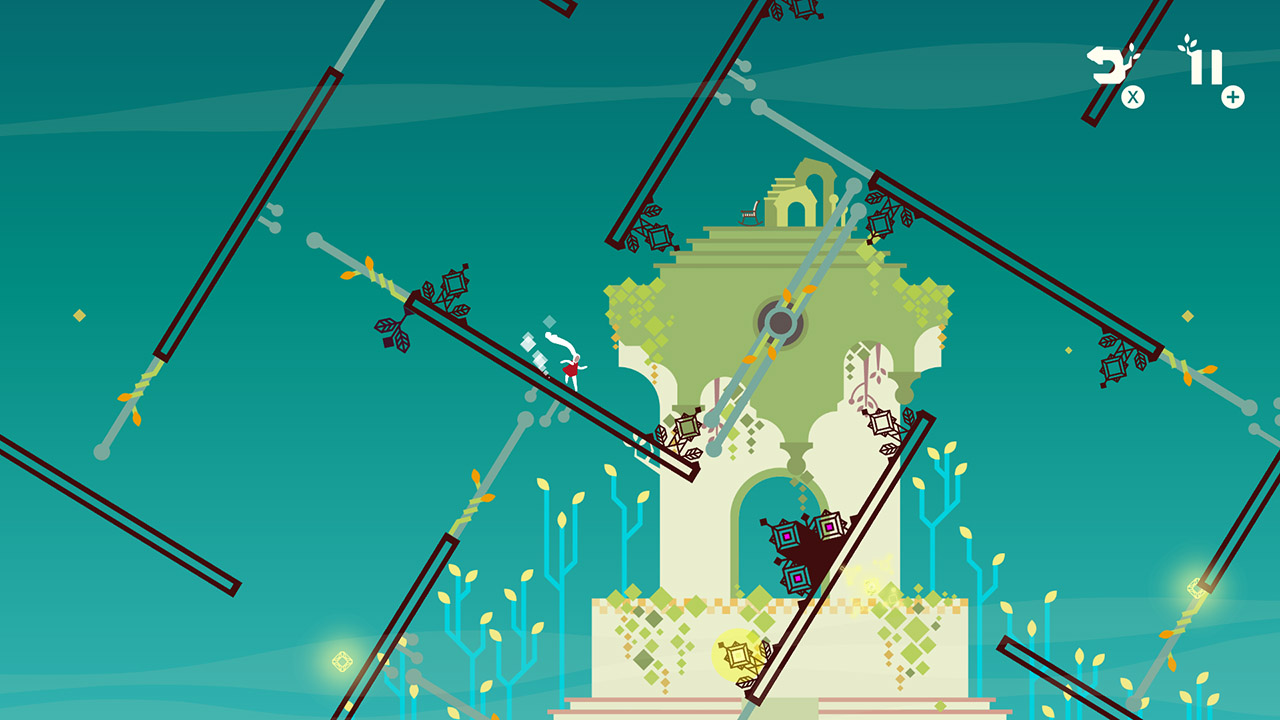 This is complemented by very smooth animation that enhances the fantasy setting with the weightlessness of the fairy-like protagonist. The puzzles are clever enough that they feel challenging without compromising on the overall tranquillity of the setting.

Linn: Path of Orchards is a simple and relaxing game. There’s quite a lot to it for such an inexpensive game, both in terms of the number of levels and engagement you get with each one. It’s easy to lose yourself in the beautiful world and focus on the puzzles rather than whatever is going on in the real world for an afternoon.

Linn: Path of Orchards is a creative puzzle game with a beautiful fantasy setting and a unique approach to keeping you engaged with each level.