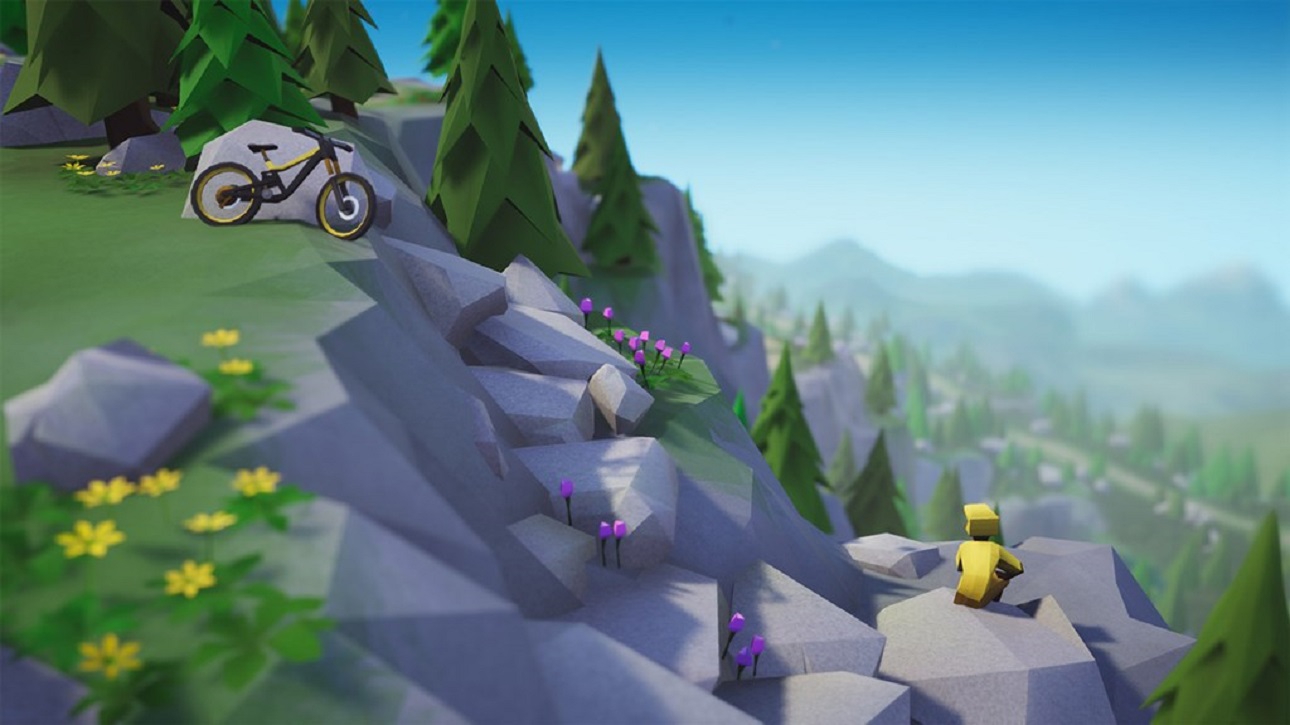 A key feature in Lonely Mountains: Downhill is finding your own path. Want to take your time and just aim to finish? This is when things are quite relaxing, especially with no other racers to compete against. Are you looking to cross the finish line quickly? Try to complete your route in under a certain number of minutes. This is where it gets intense. I prefer the latter (along with trying to finish with limited crashes) though all have value; the time limits give you means to customize your bike.

No matter how you prefer to play, you’ll likely find the controls (there are two styles to pick from) take a bit of practice. Much like a real bike, however, you’ll soon find yourself sprinting along. That was my experience. First time on a new bike trail? Slow-moving with lots of crashes. Second time? Look at me whizzing by!

Exploring for shortcuts is entertaining as well. That said, your biker isn’t the most durable, so you may grow tired of returning to the last checkpoint each time you crash. Some of these physics are… interesting. And while I chuckle seeing my biker flip like a ragdoll by brushing a leaf, certain checkpoints are much closer than others. I may upload clips of some of my more comical spills to Twitter. 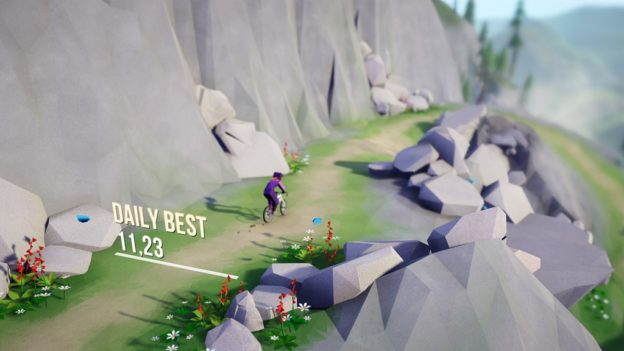 I almost wish the game had dedicated exploration and race modes, with the former allowing an extra tumble, or having checkpoints more consistently spaced. Still, these physics are decidedly solid more often than not, and finding a shortcut is, without exception, awesome.

Mention should be made that there is the occasional stutter in Lonely Mountains: Downhill. Depending on when or where it occurs, it can disappoint. But thankfully, it doesn’t occur with enough frequency to be a sizable issue for me. So unless you’re extremely sensitive to such things, it’s a mild annoyance only. 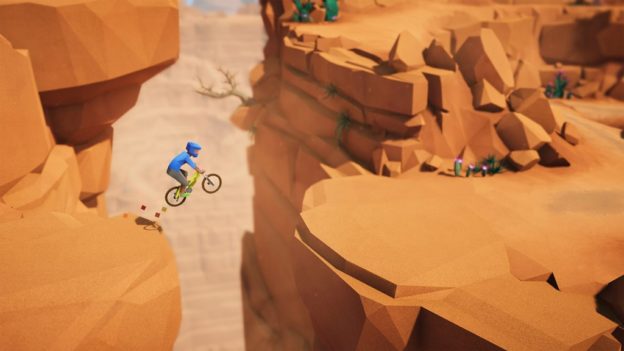 In truth, the performance is generally up to snuff. The low poly environments benefit by a camera that, by and large, seems to provide the most aesthetically pleasing view, while still being practical for gameplay. The only time I find the camera to be a hindrance is if I slow to a crawl. Given how rare that is, it barely registers. This is an enjoyable game to watch, especially given the rider’s animation, the skillful lighting, and the attractive diversity of generally well-formed trails.

There are a couple of optional visual extras. Blood is one, though it’s comically out of place. While mild, I’m not sure why it was even included in the first place. Thankfully, you can disable it, and the games better by its absence. There’s also a fun option you unlock later (which I don’t want to spoil), but the means to do so is overly strict. You must finish trails with no checkpoints, so you can’t crash even once. That’s a bit much for what little you end up unlocking. 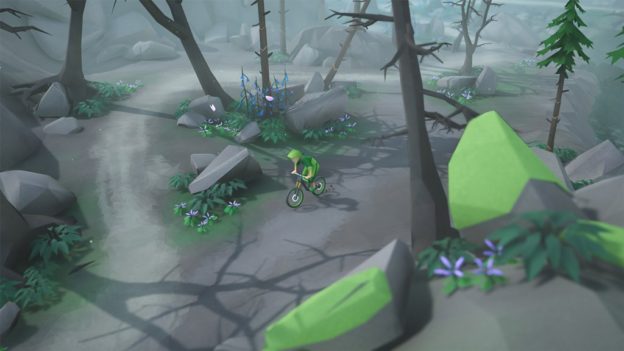 Plenty of sound effects, both from your bike and flora and fauna, are found throughout the environments. These are realistic, though I admit hoping for a bit more wind sound on the trails where trees look like they’re getting ready to blow over. While sound effects are welcomed, there’s no music to accompany them. I would’ve liked to hear a bit, although not the awful rock heard in the trailer. A balanced approach might’ve been chiming in with a brief, chill tune each time a checkpoint’s crossed. I’m hoping an update brings the option for a bit of music to flesh out the sound design.

Replay value exists in spades, and it’s not just trying to unlock everything. You can shave a few seconds to move up the online leaderboards—I do wish there was a setting so I could compete with just friends’ times. Or find a previously undiscovered shortcut, big or small. And of course, just taking a relaxing cruise to soak in the scenery is good times. There’s even value in the laughter that follows eye-catching impacts when you crash. 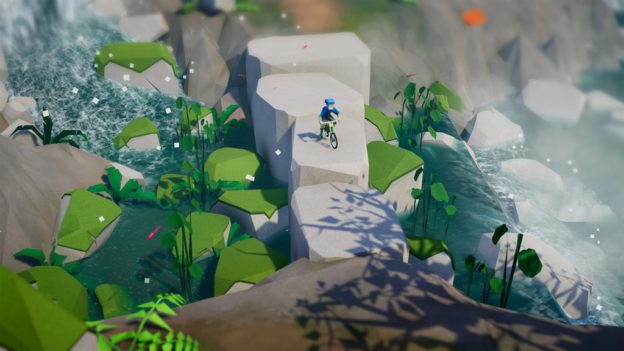 If you have completionist leanings, you may find some of the later challenges a real uphill climb, especially the time restrictions to unlock new bikes. Expect some trial and error. You’ll need to identify the tipping point where the game turns from relaxing to frustrating. There aren’t any difficulty options, so be mindful of this. If I find myself getting irked, I move to a different challenge. It’s very satisfying to see my improvements as I aim to master the game.

Whether you’re pedaling down tight paths with little margin for error, catching air off natural stone ramps, or getting a quicker than expected reprieve by cruising over a railed bridge, Lonely Mountains: Downhill delivers a challenging, yet remarkably calming, experience. Don’t let a few miscues prevent you from checking this one out; it’s a game worth mastering.

Whether you’re pedaling down tight paths with little margin for error, catching air off natural stone ramps, or getting a quicker than expected reprieve by cruising over a railed bridge, Lonely Mountains: Downhill delivers a challenging, yet remarkably calming, experience. Don’t let a few miscues prevent you from checking this one out; it’s a game worth mastering.