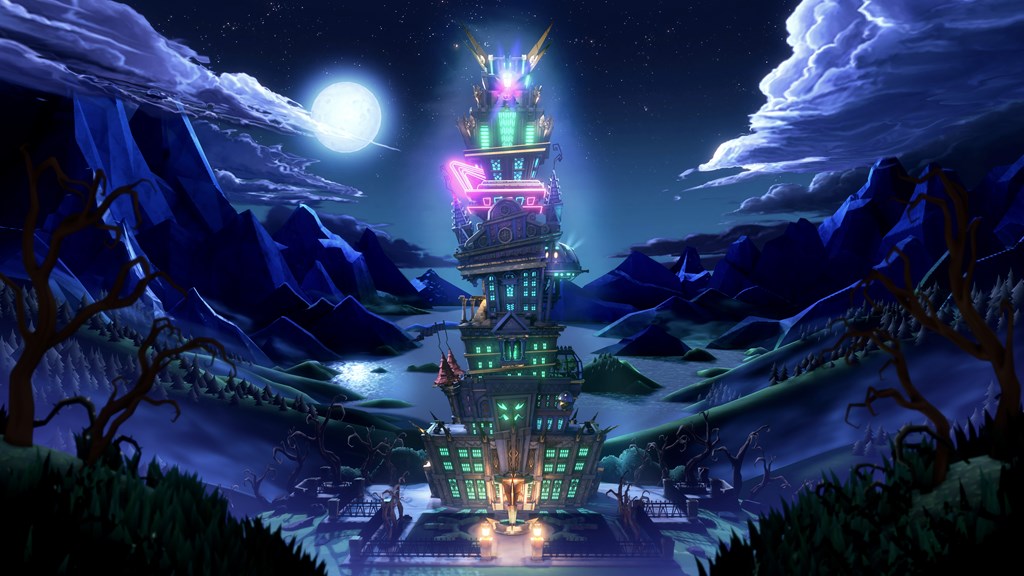 Luigi has always had to live in Mario’s shadow, but those days are dwindling. With the third title in his flagship series of games, Luigi is back and ready to show us why he’s more than capable of carrying his own franchise. In my estimation, Luigi’s Mansion 3 represents the best game in the series, and I can’t wait to see where the franchise goes next. 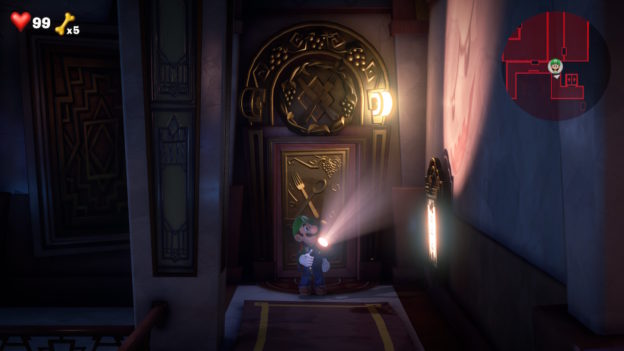 There are few games that can keep me playing for hours on end—Luigi’s Mansion 3 is one of those games. One of the primary reasons is the engaging gameplay. If you have played previous Luigi’s Mansion games, you are already aware of how much interactivity the player has with the environment. Hanging drapes, desk drawers, light fixtures and more can all be manipulated in fun, satisfying ways. The environments come to life with all the detailed, physical interactions. Luigi’s Mansion 3 takes this to the next level. 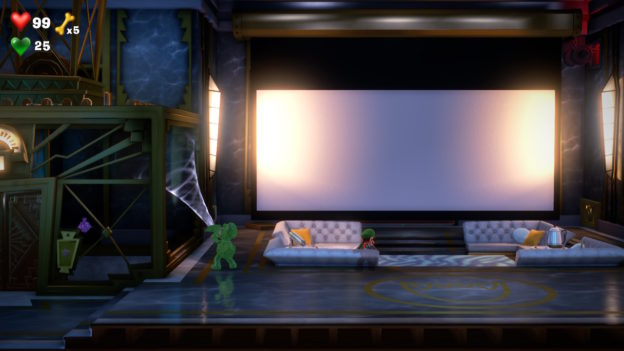 All the usual objects and interactions from previous games make a return with plenty more added. The Poltergust G-00 is capable of pushing and pulling as well as creating plunger-like projectiles for latching onto even more objects. Have a large couch or desk in your way? Use that Suction-Shot ability to pull and smash it to bits! One of my favorite areas in the hotel was the floor that’s Egyptian-themed. There is sand everywhere, and you vacuum it up as well as create new formations by blowing air out of the vacuum contraption. It’s all very intuitive how the game sets up these various opportunities for augmenting your field of play. The game is very similar to Breath of the Wild with regards to its physics engine. When you ask, “I wonder if I could do this?”, the game usually replies with a resounding “Yes!” It’s very satisfying! 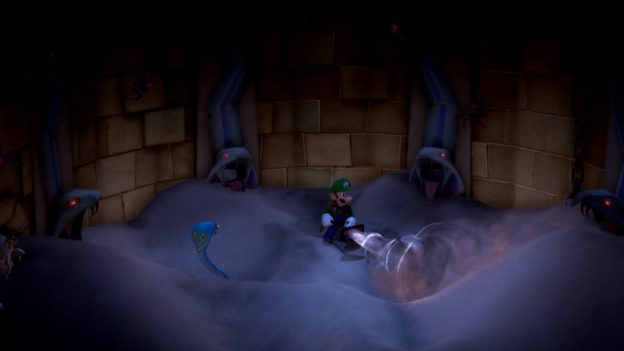 The only thing I didn’t like about the gameplay was using the right analog stick to control the Poltergust G-00. It worked consistently, but it had a steep learning curve. I’m not sure what they could’ve done to improve the feel of it, though. Most of it came down to the fact that the game features a set camera angle. The right analog stick uses Luigi’s orientation, but that meant you had to reverse your thinking when he was facing the player. It wasn’t a big deal once I got used to it, but it could trip some people up. 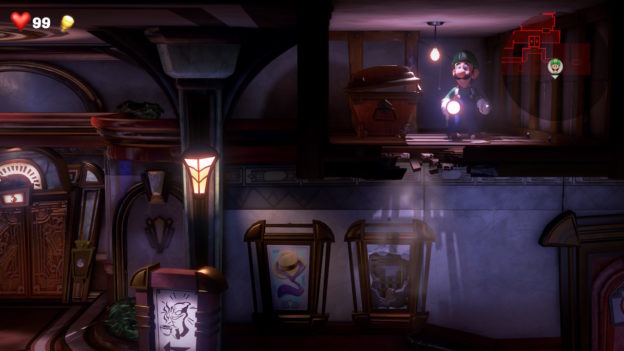 Moving on to the visuals—I don’t want to sound hyperbolic, but Luigi’s Mansion 3 may be the best looking Switch game yet. Because of its focus on smaller areas and not on creating a massive open-world environment, you can tell the developers were able to take advantage of every ounce of power the Switch has to offer. Most of the time, the game looks like a beautiful, 3D animated movie, even outside of its animated cutscenes. The lighting, dynamic shadows, character models, and visual effects are all some of the best I’ve seen so far on a Nintendo system. All of the visual elements work together to create an immersive atmosphere. The incredible gameplay matched with the impressive visuals make for a really enjoyable experience! 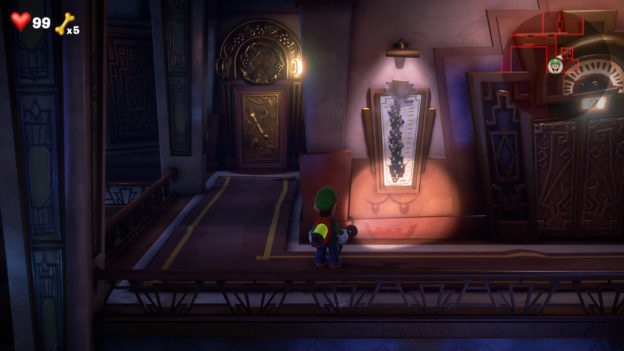 The ScareScraper has made a return from Luigi’s Mansion 2, and it’s now joined by some more multiplayer options. The ScreamPark allows for up to 8 players to compete in large, top-down arenas. In some cases you’ll be trying to collect the most coins or vanquish more ghosts than the other team. Each mode has a decent amount of replay value and was very enjoyable when we played with friends. The ScareScraper is certainly still fun, but it only allows 2 players from the same Switch console to play together. They can join up with others wirelessly or online, but we found the ScreamPark to be more entertaining for couch co-op fun. 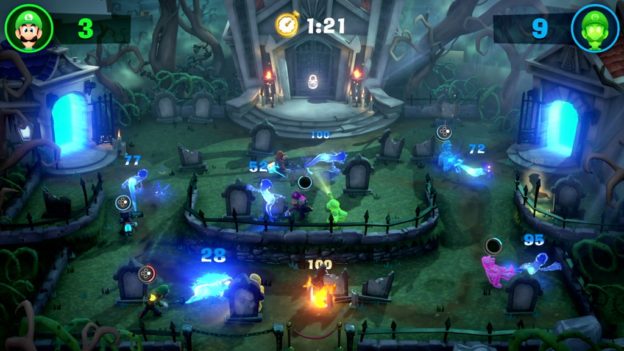 While the multiplayer options offered a nice change of pace from the campaign, by far my multiplayer highlight is the game’s 2-player co-op mode. My wife and I played through the whole game in this mode, and it was a blast from start to finish! Gooigi can’t open doors, but that wasn’t really an issue. His abilities were a nice complement to Luigi’s, and the puzzles in each new room were a blast to solve. If you’re looking for a new two player co-op game to play with your significant other, be sure to give Luigi’s Mansion 3 a try! 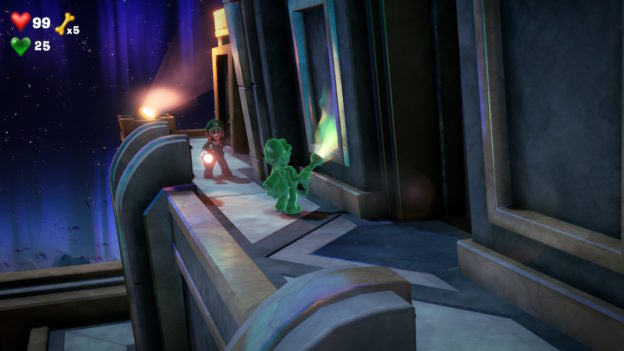 I thoroughly enjoyed my time in Luigi’s latest adventure. The Nintendo Switch is already home to plenty of great games, but Luigi’s Mansion 3 falls under the “absolutely essential” category. If you own a Switch, you simply have to give this game a whirl.

I thoroughly enjoyed my time in Luigi’s latest adventure. The Nintendo Switch is already home to plenty of great games, but Luigi’s Mansion 3 falls under the “absolutely essential” category. If you own a Switch, you simply have to give this game a whirl.