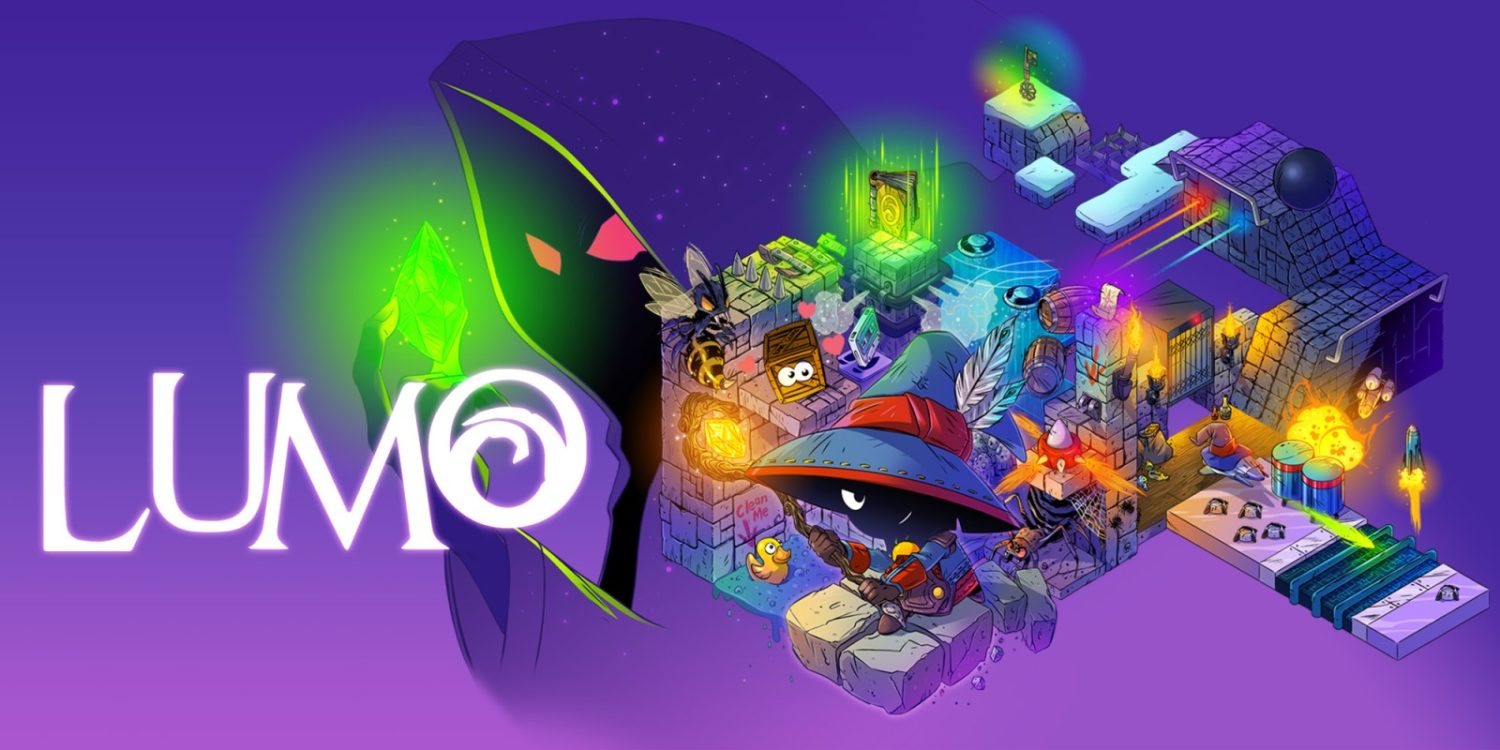 Lumo is a puzzle platformer game developed by triple eh?/ Spiral House and published by Rising Star games. Lumo was previously released in 2016 and it was ported to the Switch in 2017. How does Lumo stack up?

One weird and odd thing about the game is just before you’re able to start the game the word “hello” is uttered at a low volume which actually freaked me out. There is a character select where you can choose the gender of your characters as well as the color or clothes you want to wear. The game starts at some kind of arcade area with a sign that says missing and shows a picture of a rubber duck. With a little exploring, you are soon sucked into the game where you are transformed into what appears to be a baby wizard. Starting the game allows for two modes “adventure mode” and “old school mode”.

During the game, you collect items that help you complete the puzzles such as keys, wretches, gears and more. You are also collecting audio cassette tapes and rubber ducks. The audio cassette tapes are usually found in hidden areas that can be found with a little extra hard work looking for them. Rubber ducks, on the other hand, are in plan view but at times are almost impossible to get.

I have to admit, it took a long time before I started to enjoy it. Lumo for me didn’t seem to get interesting until I was able to find the wand light. I searched high and low for the wand light in the game. I kept feeling like I had missed it somewhere. This resulted in a ton backtracking several times even restarting the game. Eventually, I gave up and decided to move on. Once I finally found it, (which took much longer than I would have thought it would.) I really started to enjoy the game. The light want can be used to ward off enemies, light a pathway through several different rooms. The Wand light allows for many key parts of the game such as solving puzzles scaring off enemies and lighting a path through certain rooms. One good thing is it does offer up three control styles for movement. This allows for the player to adjust controls to what is easiest for them to control adding a bit of ease to the game. I was happy to see that the developers added the different control styles to the game this allowed players to adjust movement to their preference of what feels natural to them.

Overall Lumo did have its fun moments with some puzzles that were really fun, however they seemed to be not nearly enough of them. Some of the fun seemed to be pulled out of the game due to difficult platforming angles. There was also some fun humor in the game like when in an elevator the music changed to what is commonly known as “elevator music.”  One of the main things that hold the game back is the odd angles of platforming. Lumo is a fun play through but at the price of a digital version $19.99 or $29.99 for the physical version seems a bit steep.

Overall Lumo did have its fun moments with some puzzles that were really fun, however they seemed to be not nearly enough of them. Some of the fun seemed to be pulled out of the game due to difficult platforming angles.