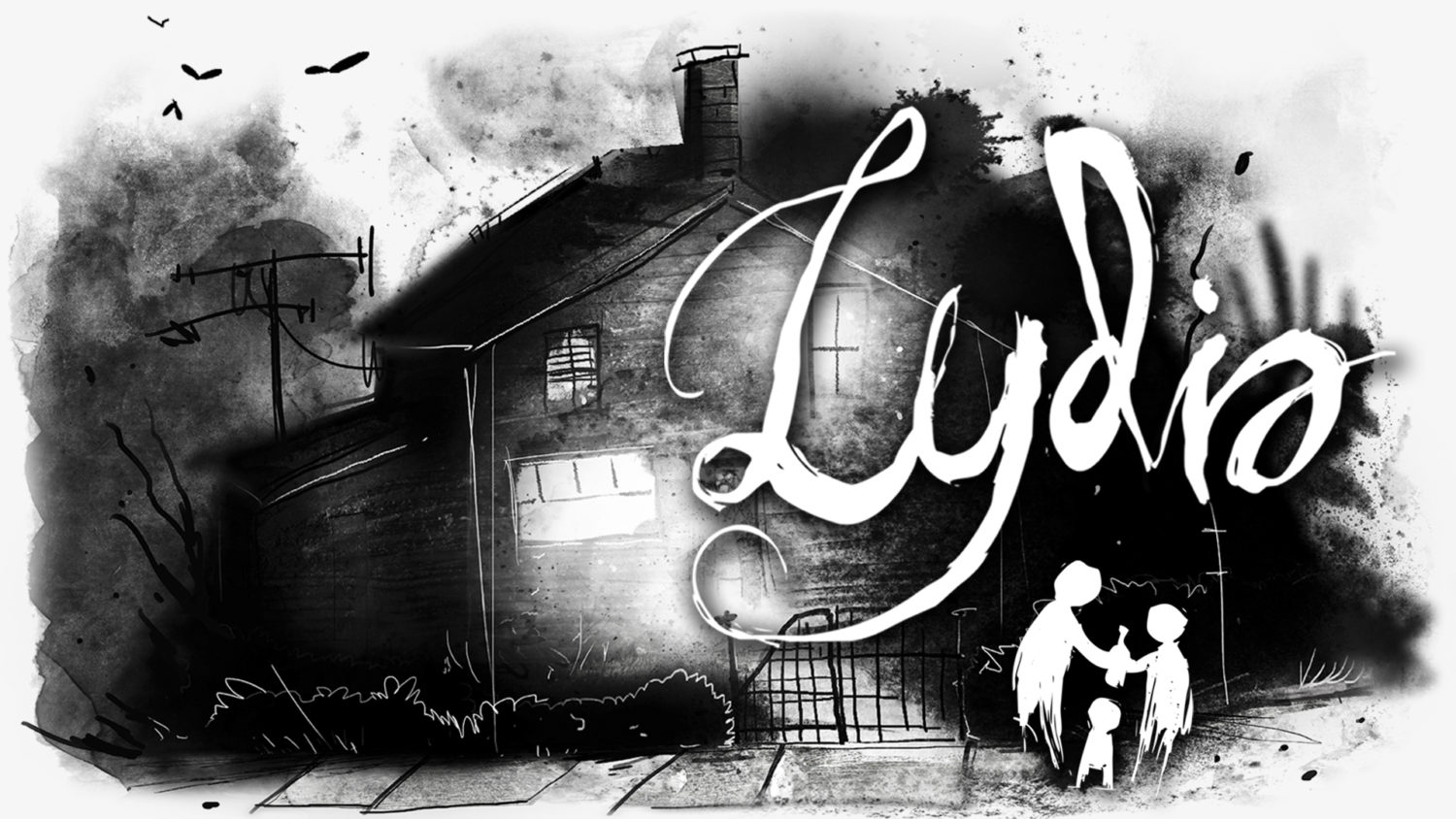 Sometimes videogames aren’t action packed. Sometimes there aren’t any superhero’s flying around or guns blazing. Sometimes, like with a good book or an engaging movie, the player is just being told a story. Lydia looks like it would be a scary game, and it is. But it’s scary in the worst way possible; it’s about reality and the struggles children deal with when they have neglectful/abusive parents. It’s a reality nobody wants to think about. We play video games to escape how horrible the world has become, but some things need to be brought to light. So we can talk about them, find a solution and make the world a better place for the generations that follow us. With video games being the number one form of entertainment, I can’t think of a better platform to get the message out on. Lydia also isn’t just a game, it’s a true story being told by the creator, who lived through these experiences first hand.

Lydia is the quickest game I’ve ever played on my Nintendo Switch. Coming in at just an hour, I finished it up in one session. But that doesn’t take away from the story. Within that small amount of time it was like I was watching a movie and I really wanted to see how it ended. I was scared for Lydia and I didn’t know what was going to happen next. The story takes you on the journey of her delusional, victim of a mother, and her alcoholic father figure(s). This all begins when Lydia is quite young, so she forms an imaginary friend of sorts, in the form of her Teddy Bear. She tells Teddy her worries and Teddy tries to help her “forget” but, well, you’ll have to see what happens for yourself. 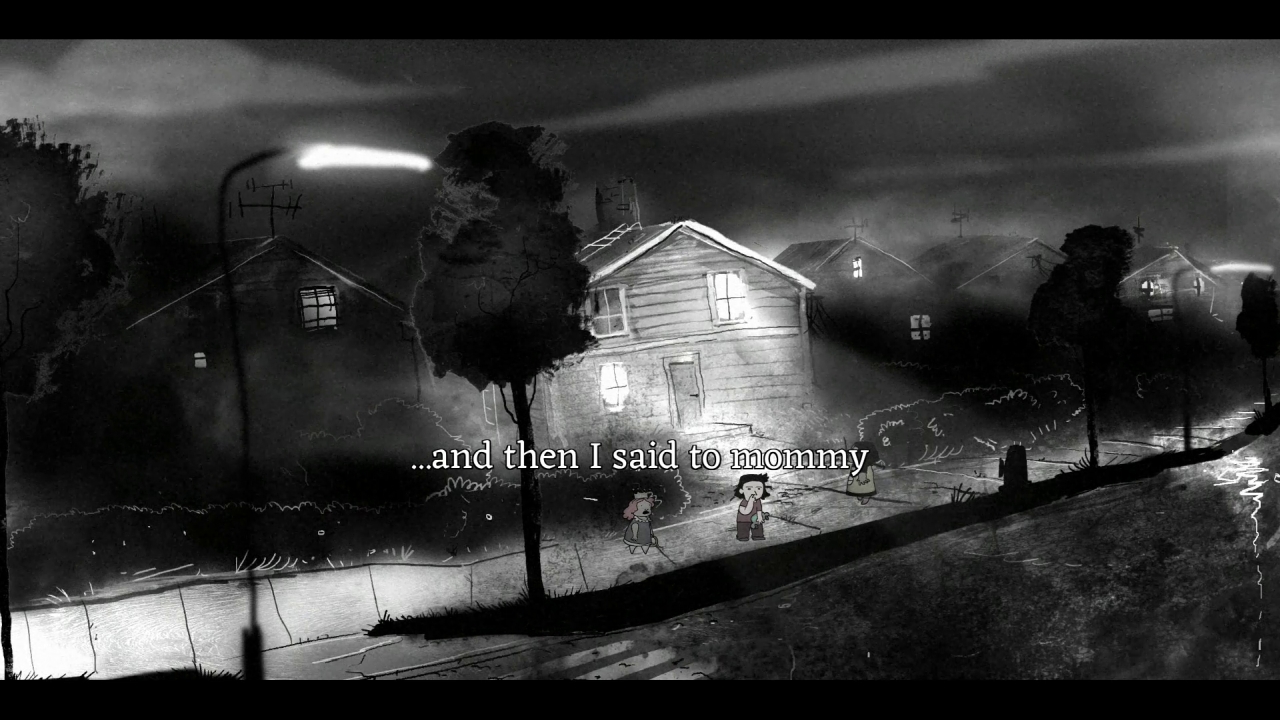 The story shows scenes from different parts of Lydia’s life and the effects her childhood has had on her choices and lifestyle. One scene is particularly relatable to a lot of teenagers, I’m sure. Driving in the car with erratic friends, who’ve maybe had a little too much to drink? There are a lot of relatable scenes in this game. If you disagree then I’m assuming you’ve had an amazing life. But I think these types of stories or games are the most interesting because people want to know how others are dealing with the same issues they face. Life throws you a lot of curveballs, but it’s how you grow and deal with those situations that make you who you are. Like the creator of this game for example. They’ve turned their negative experience into something that could educate and help other people who are dealing with these same “monsters”. 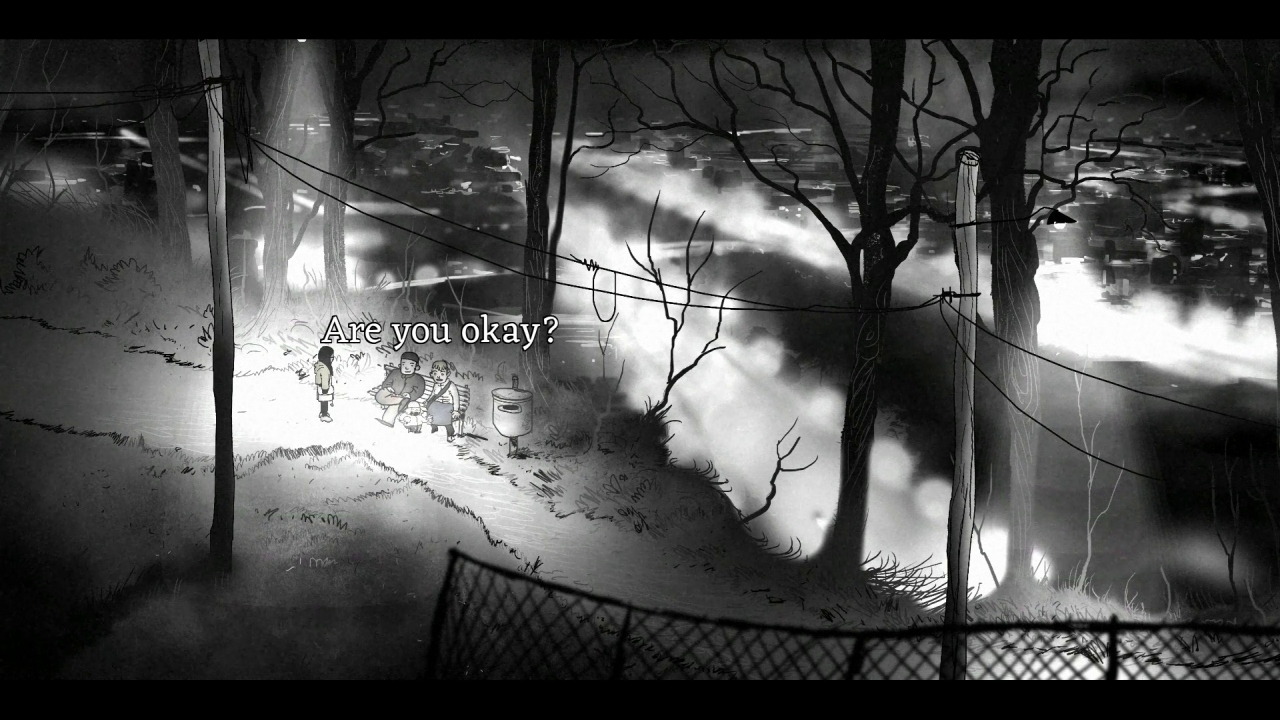 Since Lydia is an “interactive story game” the player will mostly just be walking from point A to point B and talking to any characters in that scene, when prompted. During the dialogue you can sometimes answer questions as Lydia or have her convey the emotion you choose. For example, there’s a scene where her mother asks her “Where she’s going so late at night?!” Lydia can answer with one of three options: Be truthful, Deceit, or Evade. Whichever answer you choose will determine how the dialogue goes after that. So there are a few different paths you can take. Your answers won’t affect the story too much, but it’s neat to have a choice in how you respond. The words “interactive story” might throw some people off when they’re thinking about a video game, like maybe there’s a lot of text to read. But not in this case. The story in Lydia gets straight to the point and lacks the needless chit-chat, which is always a plus. 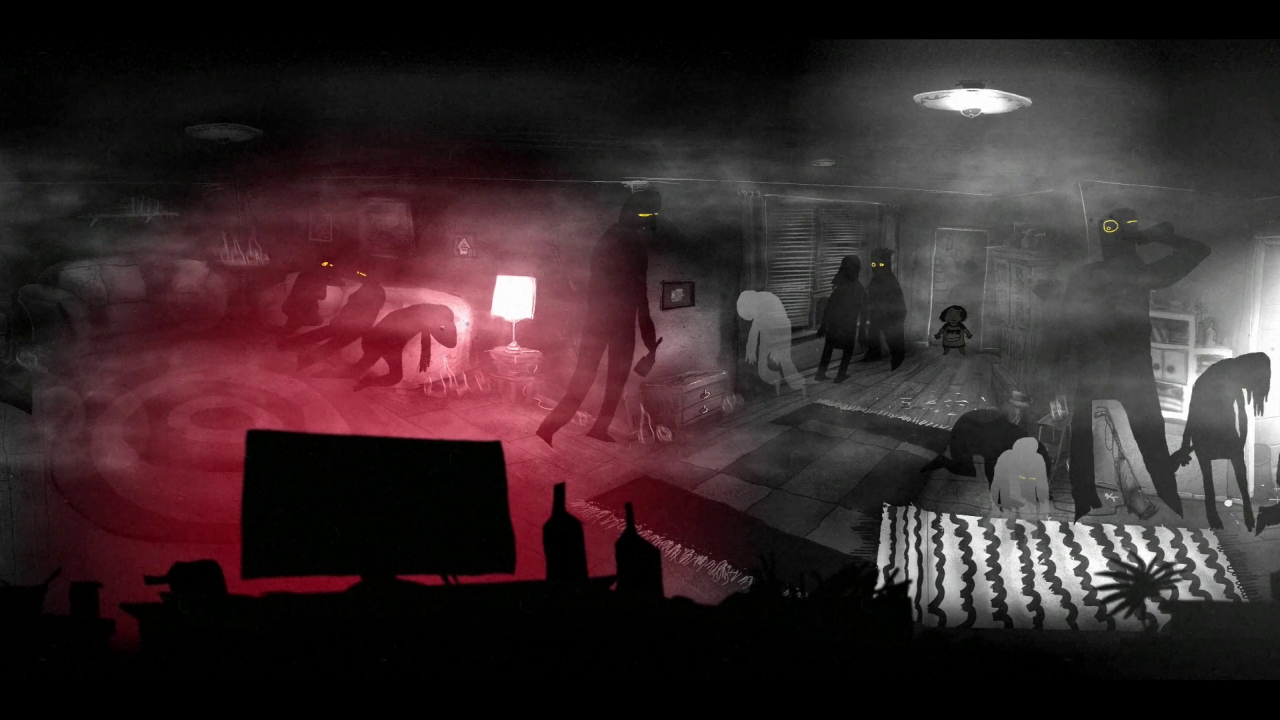 The story wasn’t the only thing that I liked about Lydia; I also really enjoyed the art style. While the color palette is rather bleak, the watercolor scenes and eerie character illustrations make up for it. I also liked seeing Lydia’s interpretations of “adults” and “monsters”. You’ll see what I mean if you play the game. The music really sets the tone too. Some scenes are quiet, maybe too quiet. Some are just filled with creepy ambient background noise, and some are cool little songs that I really liked. Aesthetically speaking, Lydia is a beautiful game, regardless of it’s dark undertones. 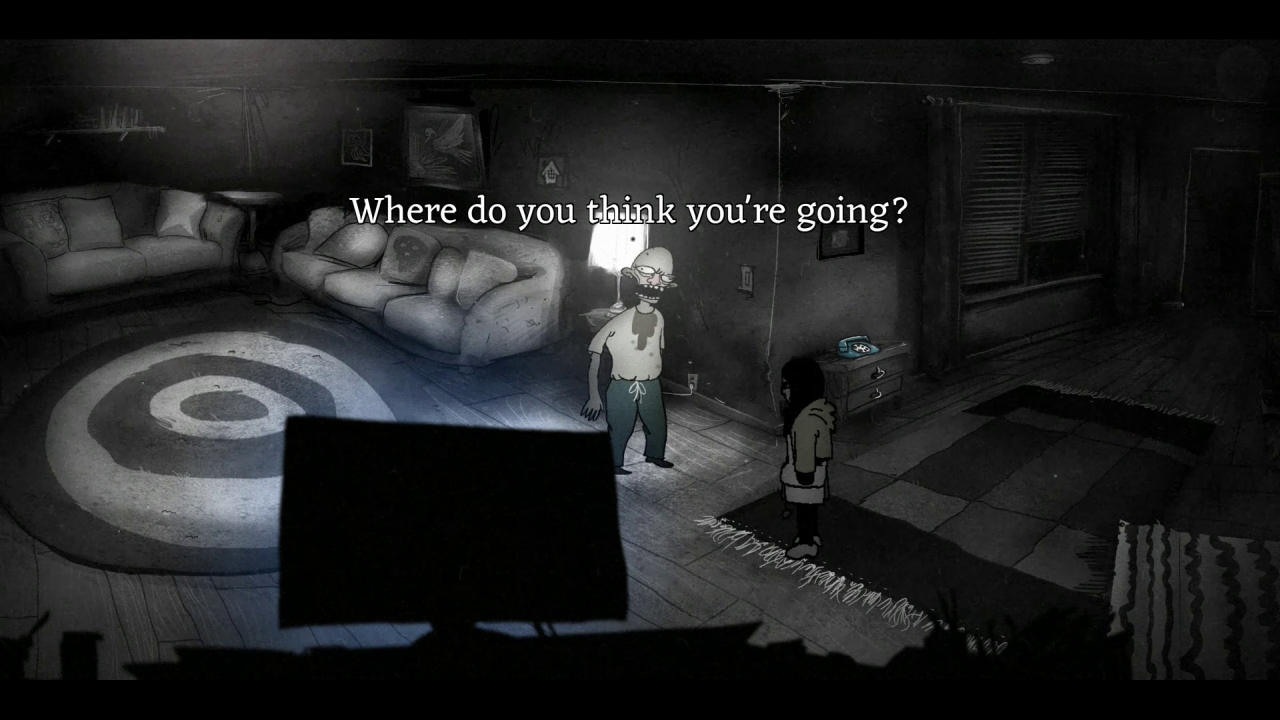 Lydia might be a small game, but it sends a bigger message that sometimes we need to step in and help the ones who can’t speak for themselves. I highly recommend checking out this enthralling, interactive story about a little girl trying to overcome her biggest “monster”. And if you’re interested in helping kids (or adults) like Lydia you can check out #LydiaDonation DLC. The proceeds from this DLC will go to a non-profit charity that provides substance-abuse prevention and services that help to reduce substance abuse and other social/health problems. Check out Lydia, available now on the Nintendo Switch eShop (for just $4.00!). 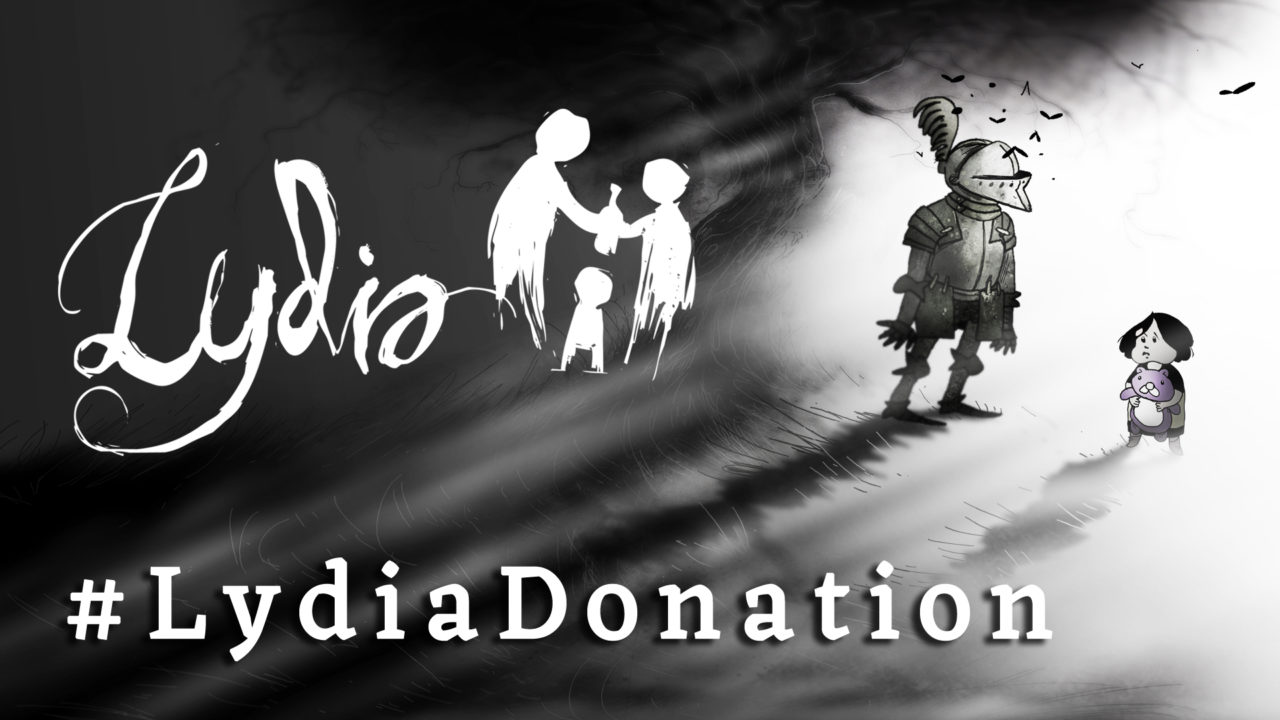 Lydia is a small game, but it sends a bigger message that sometimes we need to step in and help the ones who can’t speak for themselves. I highly recommend checking out this enthralling, interactive story about a little girl overcoming her giant “monster”.