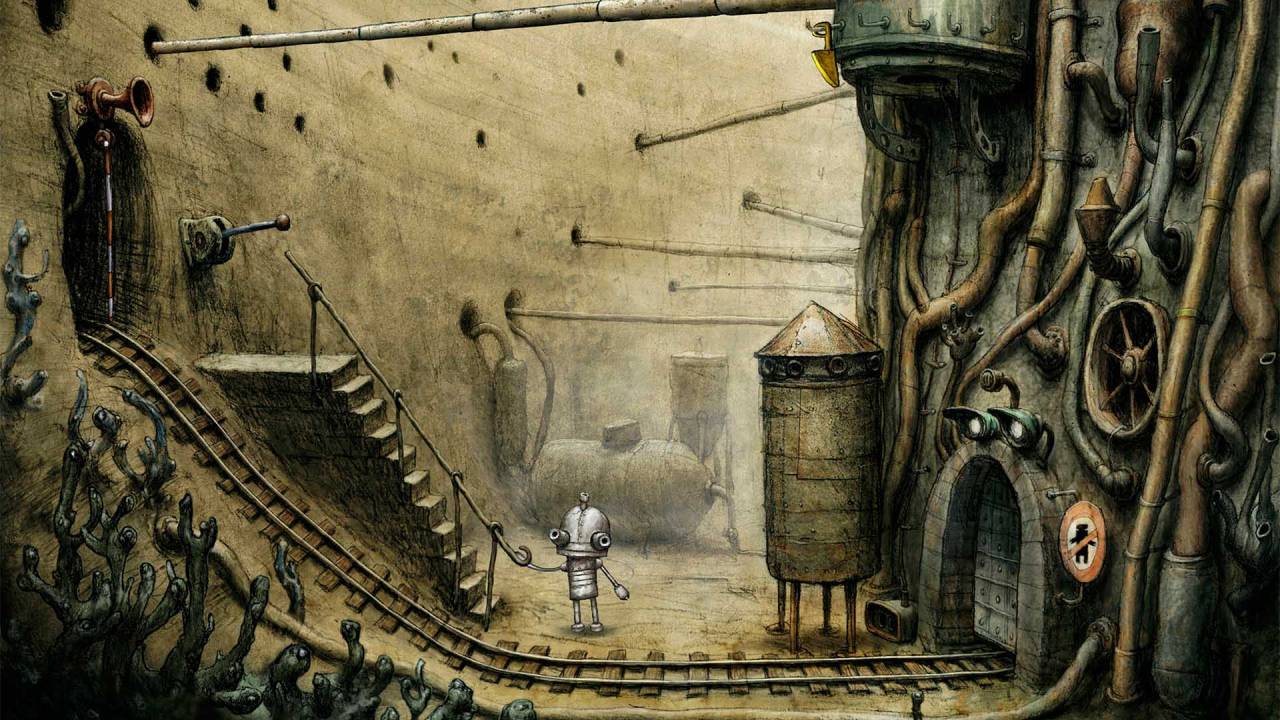 Having won multiple awards spanning art, music and overall excellence, Machinarium has come to the Switch preceded by its reputation.

Functionally, it is a simple point-and-click puzzle game. You play as a little robot named Josef, who you first meet as he is tipped part by part into a dump. Your first mission is to put together your robot body before setting off on a mission to rescue your missing girlfriend from the nefarious Black Cap Brotherhood.

The gameplay is not difficult to pick up, making it very easy to get into. But the puzzles are challenging enough that the game is consistently engaging as you progress.

The most striking element of Machinarium is its artwork. Even the dialogue is conveyed purely through animations in speech bubbles. This means that the plot and the story world is told fully through the design and the way that your character interacts with it. 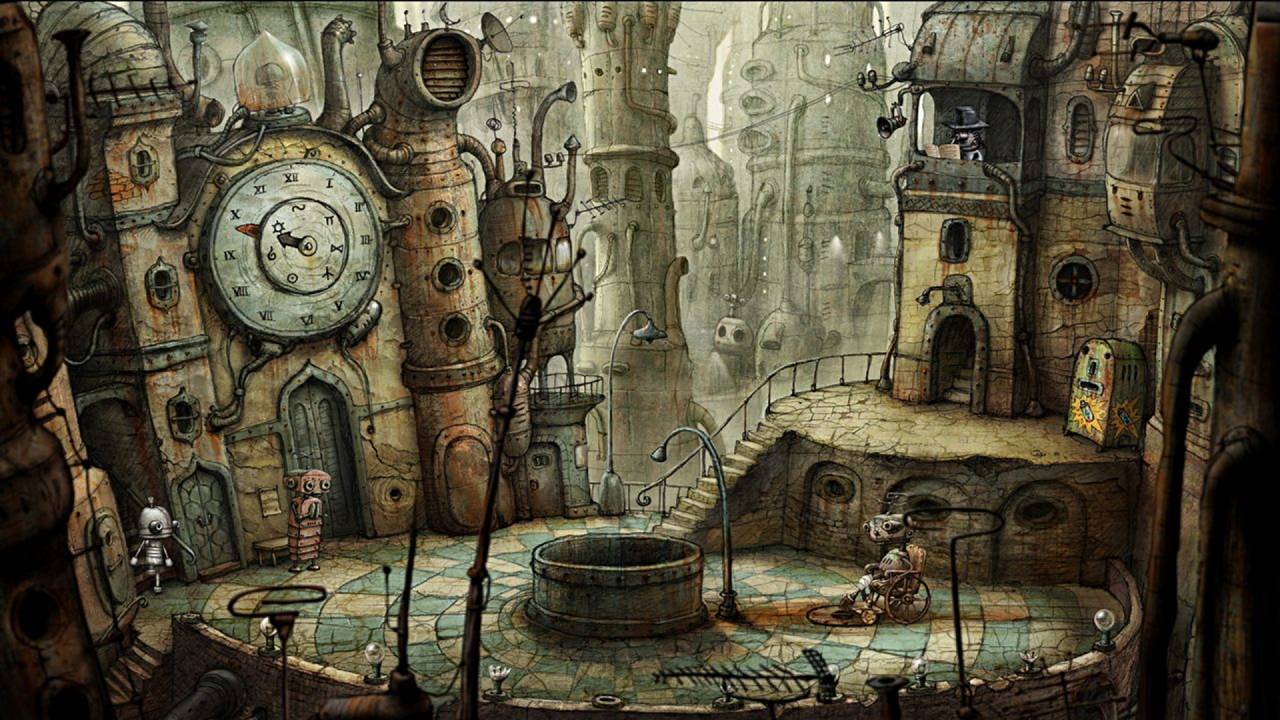 For the simplicity of it, the story is wonderfully told.

The game world is incredibly well designed, with a lot of detail woven into the background of each scene. With each puzzle solved, you are introduced to more of the charmingly steampunk world. As you figure out how to get your character to the next stage, you learn about how it functions and what life is like for the variety of automaton inhabitants.

The combination of beautifully rendered backdrops and puzzles that are directly influenced by the setting makes Machinarium far more immersive than you might expect a point-and-click game to ever be. The puzzles genuinely make you think, with an extra layer of creativity offered by the differences between how you might approach the robot world compared to reality. 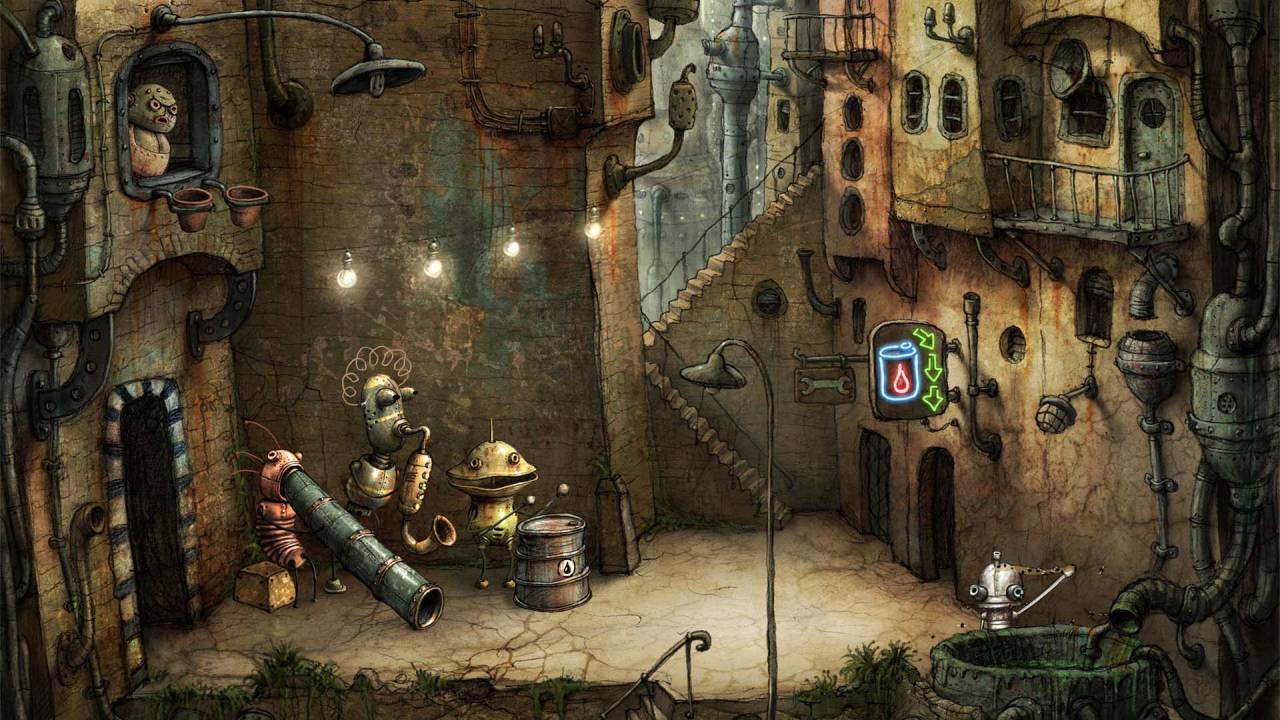 The hints offered are just enough to give you an idea of how to tackle each puzzle without handing answers to you too easily. It leaves you firmly in control of the game and offers a sense of genuine achievement when you do learn a new quirk of the Machinarium world. This also adds to the feeling of immersion as you figure out how the cogs of robot society function.

On its surface, Machinarium is a very simple game that is expertly crafted in such a way that it draws into a far deeper world than you might expect. It has cute characters populating breathtaking imaginary places, with puzzles that challenge you to think a bit differently.

Easy enough to pick up, Machinarium is a point-and-click game that swiftly transports you through a charming world through genuinely interesting puzzles.