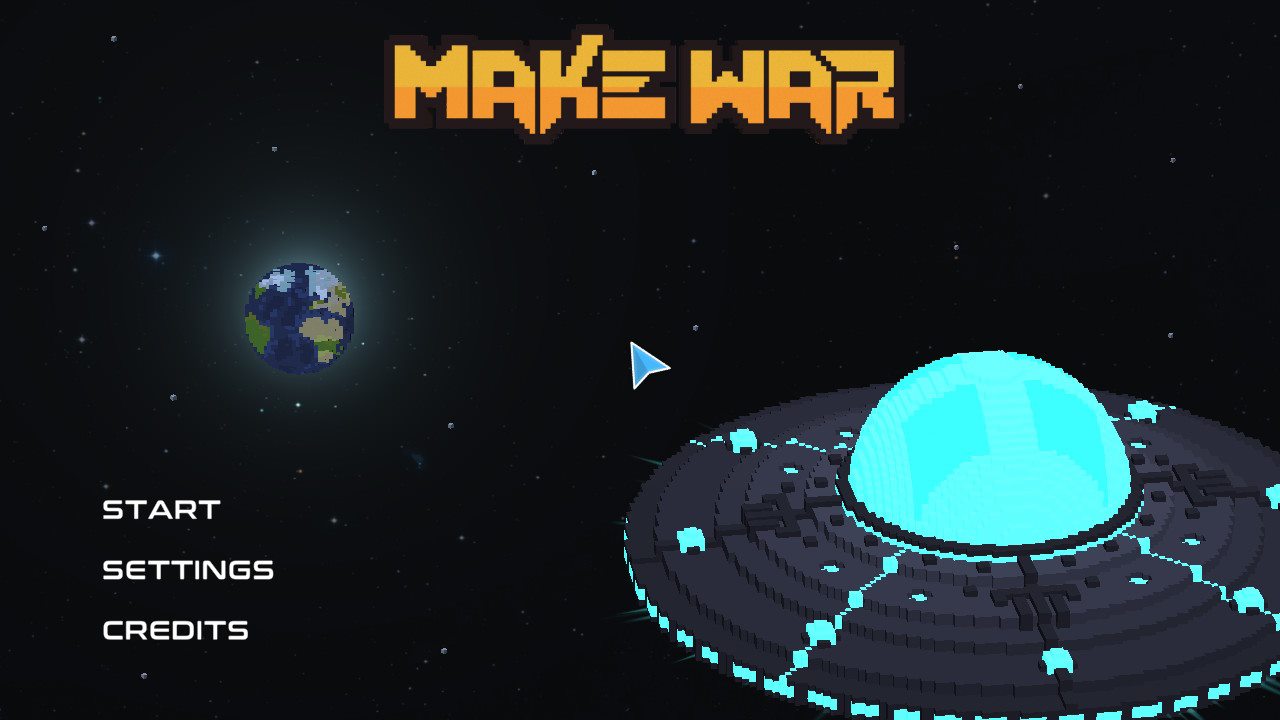 Make War is a strategy simulation game from No Gravity Games. After seeing the trailer, I was intrigued by the opportunity to create my own army, strategically place them about the battlefield, then watch the A.I. do the rest. Except, the game didn’t execute that well. 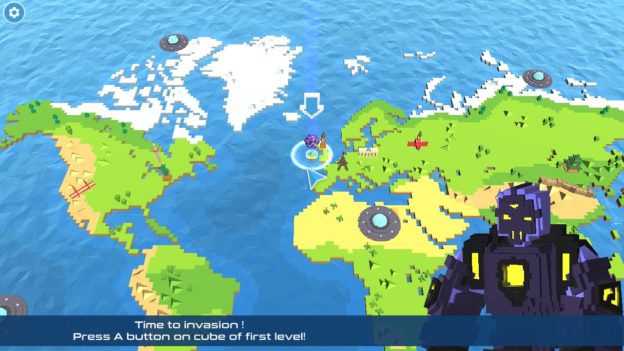 This game’s timeline goes from the Viking era to WWII and beyond. There is a map for you to travel around but you must complete one stage at a time before moving forward. This makes sense, but it’s actually fairly difficult and time-consuming to make it through each level. I spent forever on the first stage which had me rage-quitting the game.

The reason for this is that you need to complete quests before moving onto the next stage. The game saves your progress so you can stop whenever you want. This is great because the first level alone has 45 quests, and while they’re simple, they’re not easy to accomplish. For example, one quest was to kill eight people with the mines. This was, believe it or not, difficult for me. 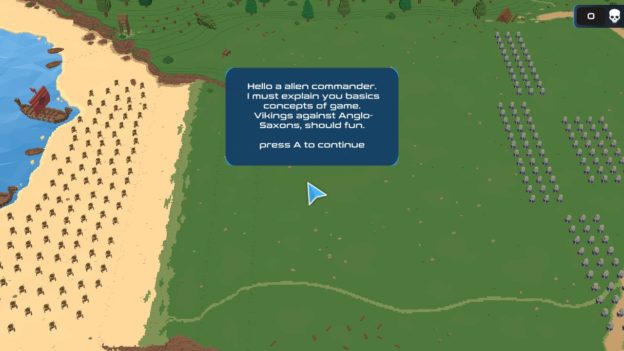 Let me elaborate by explaining the gameplay mechanics. There are two sides to each war, and, yes, you’re on one side. You strategically place fighters and items such as alien fighters, mines, portals, and more to be unlocked. Except, strategy felt like it had nothing to do with it. You can place these items anywhere on the board—behind your enemies, right next to them, behind your team, anywhere.

So, when I needed to kill eight people with the mines, I placed the mines right next to the enemies. It still didn’t work. The enemies walked around the mines. Good for the A.I. being smart, but there was nothing for me to do other than sit back and watch.

Once you place everything you can or you need to, there’s a “play” button. You watch the battle unfold until one side wins or you can stop and pause the battle as you see fit in order to move something somewhere else, add something to the battlefield, or take something away. This game felt more like making a movie rather than playing a strategy game. 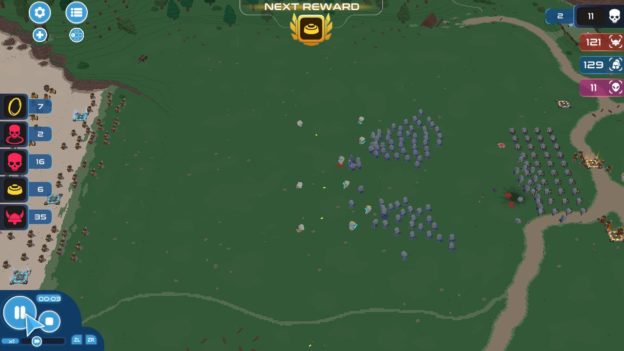 You don’t have much in the beginning, either. You have a limited amount of alien rangers and alien melees as well as mines and portals. Everything else you need to unlock. As you complete quests, you’ll earn small rewards. For example, after I finally killed eight people with the mines, the limit on that item grew to four as opposed to three.

The game felt broken at times, too. Each level has the main story mode, as described earlier, or a sandbox mode. I thought the sandbox would be quite fun. However, whenever I created an army, placed the items, and prepared for war, I’d hit “play” and nothing would happen. It felt like a waste of time. I’d go back to the main mode and have everything I could have placed on the board and repeatedly hit “play” and “stop” until I won. 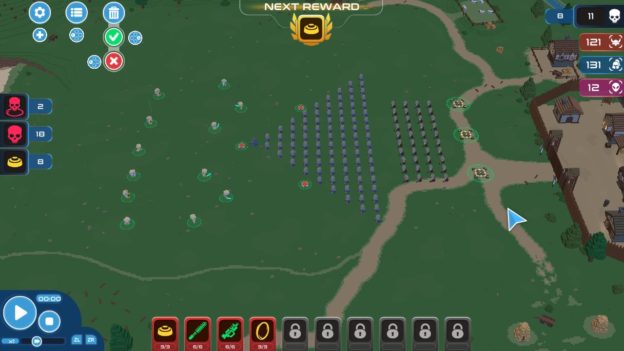 It got boring fast, especially since one quest was to “kill 18 enemies using any weapons or troops.” I won quite a few times, each side had over 100 troops, and that quest took quite a few rounds of battle to be achieved. I had no idea what to do for it and it got frustrating quickly.

The pixel graphics were charming and the game ran nicely, for the most part. It didn’t lag, and the controls were responsive. It was just the sandbox mode that wouldn’t work for me and it felt that the quests didn’t always register even when I completed them over and over again.

With that said, this game was too repetitive for me with little strategic thought.

Overall, Make War is far from strategy and more simulation as you seemingly try to make the battle the best it can be.