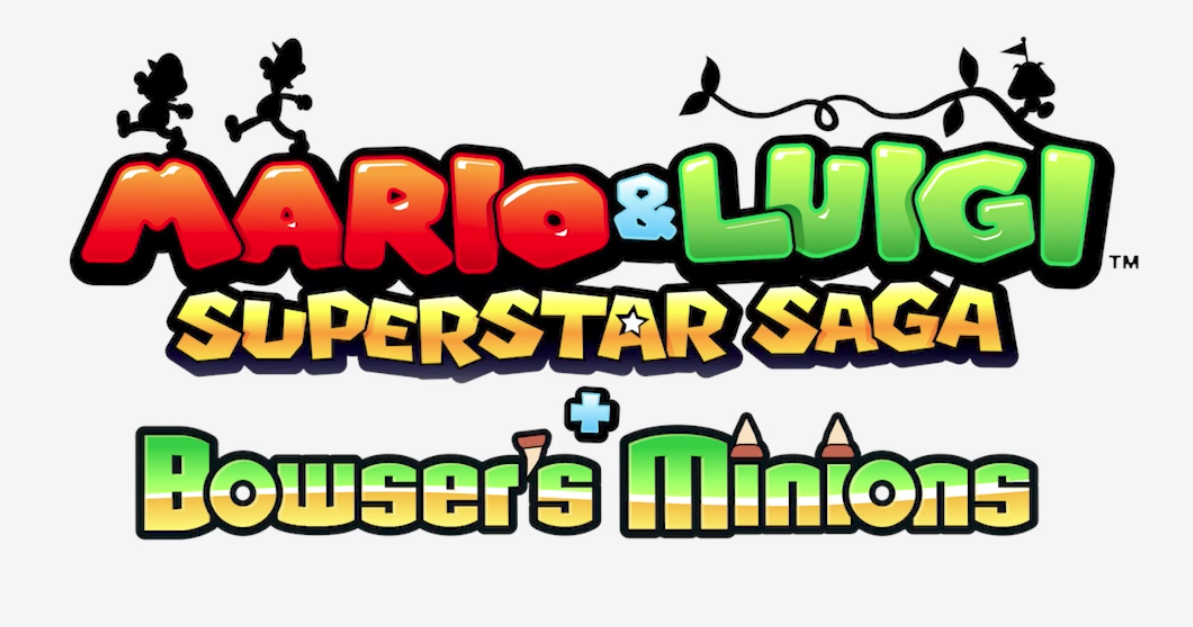 The Mario & Luigi series is no stranger when it comes to both the DS and 3DS. Each handheld respectively was met with two entries in the series with varying unique concepts behind them. Now, if you were to ask anyone how they felt about Mario & Luigi as a whole, they would most likely go into detail why the series has been somewhat trending downward in quality. So in a way, it only makes sense for Nintendo to go back to the well so to speak with an updated 3DS remake of the game that started it all on the GBA, Mario & Luigi: Superstar Saga. While this may seem like a simple remake with the expected cosmetic changes, there’s certainly enough charm and joy, alongside the added side adventure Bowser’s Minions, to convince you to return to the Beanbean Kingdom once more.

For those who haven’t played the GBA original, here’s the gist with Mario & Luigi: Superstar Saga + Bowser’s Minions: Representatives of the Beanbean Kingdom steal Princess Peach’s voice and now Mario & Luigi must set off on an adventure in the aforementioned world. From there, the two iconic brothers must explore and battle old and new foes in a turn-based battle system that lends itself heavily to the much-loved Super Mario RPG and Paper Mario series. It also helps that like Super Mario RPG and the Paper Mario series, Superstar Saga has no shortage of charm, wit, and humor to compliment the world in which Mario and Luigi must traverse. The Beanbean Kingdom itself is filled with an interesting cast of characters and a slew of colorful locales that are sure to have anyone turn their heads. One minute you are on a mission to secure ingredients for a locally brewed soda for the Beanbean Kingdom’s Queen whereas the next you are actively curing Mario of “bean fever.” It’s certainly a weird and vibrant world to dive into, and one which I hope is revisited again in a future entry in the series.

Now as far as gameplay mechanics go, here’s a quick refresher. As an RPG, Superstar Saga is your usual turn-based affair but with the addition of action commands. When on the offensive, you will be using specific button prompts to deliver a selection of devastating Bros. Attacks. But when it comes to defense, it becomes a little trickier and, mainly, challenging. You see, timely button presses are an integral key to this entire gameplay mechanic and a matter of whether you will survive or fall in battle. Even if this sounds daunting to you, rest assured that with each new Bros. Attack you learn, it becomes increasingly fun to use when you actually pull it off in battle. Also, if you do find yourself struggling to perform these attacks, there is a practice mode you can access anytime during a battle to hone your skins and fine tune them. There’s just nothing more satisfying in Superstar Saga than when a powerful attack is performed on a boss battle or when you dodge a series of deadly blows. Other than the occasional turn-based battle, you will also engage Mario and Luigi simultaneously (Mario with the A button and Luigi with the B button) in a series of platforming puzzles that are littered throughout your adventure. Your various Bros. Moves (you can cycle through either the left and right shoulder buttons or the 3DS touch screen) will be integral to these sections, which can be a little thought-provoking at times. At first, you will be getting accustomed to simple jumping sections with both brothers and then, later on, you will have Mario using his hammer to slam Luigi into the ground to bypass gates. These new abilities will accompany you in some way into battle as well and, as mentioned, they are still as satisfying to pull off 14 years later as when I first played the original GBA title. They’re both fun and interesting to do when a puzzle or platforming section presents itself with a new but nifty challenge.

Eventually, you will gain an arsenal of Bros. Moves to use throughout your adventure, but that itself leads to my one complaint. As you cycle through the Bros. Moves with the left and right shoulder buttons, you will be forced to stop your movement, which can be clumsy. There were various times when an enemy took me by surprise because I was busy shifting from a spin move to high jump to clear a platforming section. Sure, using the touch screen eliminates the need to cycle through your Bros. Moves, but you will still be left motionless for a brief time. Either way, despite my annoyance with this, it wasn’t large enough to derail the whole experience. When remakes of this nature are announced, there’s sure to be some blowback from fans of the original source material who feel that certain things must be left untouched. One case here being the visuals which get a needed upgrade that doesn’t detract from the GBA original. The detailed sprites are still as lively as ever when comedic moments occur or when you see a new type of enemy appear on screen. It’s simply oozing with charm and color that anyone who even doubted the change will be won over quickly. Other noteworthy additions include amiibo support, a better map to use, and a fast-forward option during text conversations for those who (unfortunately) feel the need skip the comedic chatter. Then again, it’s only a harmless option that I found myself using during moments that I had seen beforehand.

However, the most notable addition to this Superstar Star remake is Minion Quest: The Search for Bowser. In this mode, you take control of Captain Goomba and soon a horde of familiar Mario Bros. baddies like Shy Guys and Boos to battle your brethren who have been brainwashed by Fawful. This side story takes place behind the scenes of the events of Superstar Saga and will become available when you reach a certain point early in the main Mario & Luigi quest. What transpires afterward is a real-time strategy esque adventure filled with rock-paper-scissors combat that is surprisingly more deep that I could have imagined. When in battle you will be tasked with three different types of minions: ranged, melee, and flying. Thankfully, before a battle occurs, you will be able to see what enemy type you will be facing. As the battle starts, minions will automatically fight each other, but soon after you will be given command prompts of your choosing. Battle after battle, you will upgrade each and every one of your minions to dispose against Fawful’s brainwashed horde. It’s important, though, to mix and match minion types for much-needed survival. Who knew that creating a unique and varied team around various Mario and Luigi enemies would be that much fun? I myself was surprised by this discovery. 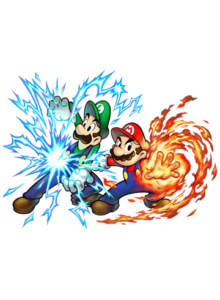 Minion Quest’s initial hook within the game can also feel like an afterthought for some if you aren’t willing to have some curiosity with the mode. Still, while short and simple, it’s a worthy addition to the entire package. Minion Quest could have easily been a throwaway option, but its surprisingly fun concept and its story certainly demands your attention.

As a remake, Mario & Luigi: Superstar Saga + Bowser’s Minions doesn’t disappoint and shows that the even with a new coat of paint and few tweaks that the GBA original has aged supremely well. The new features and visuals only add more to this wacky and humorous adventure and make a great RPG adventure just a little greater. If you were growing a little sour with how the Mario & Luigi series was going currently, do take some time to see why Superstar Saga is up there with some of the great RPGs made by Nintendo.

A well-crafted re-imagining of a GBA classic with fun new features that most definitely deserves your attention, even if you missed out on in it back in 2003.